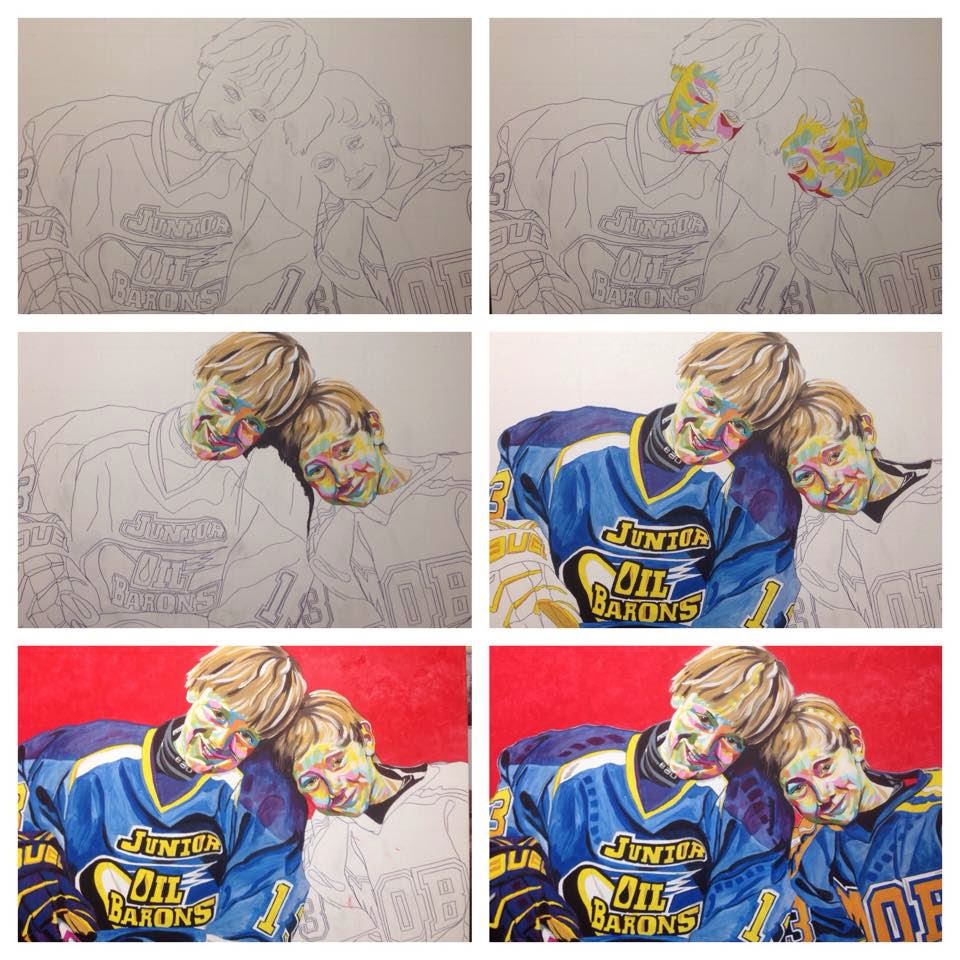 I spent the weekend making good on the auction item I had donated to the United Way Radio Auction, a portrait sitting for the highest bidder.  Colin and Raeann Hartigan were the successful purchasers and asked that I do a portrait of their sons Andrew and Carter wearing their hockey gear.  I had dropped by Frank Lacroix Arena before I dived into rehearsals for A Christmas Carol in October and snapped several portraits of them in their hockey gear. One of those became my reference shot for the 36" x 48" painting, my largest on canvas to date. 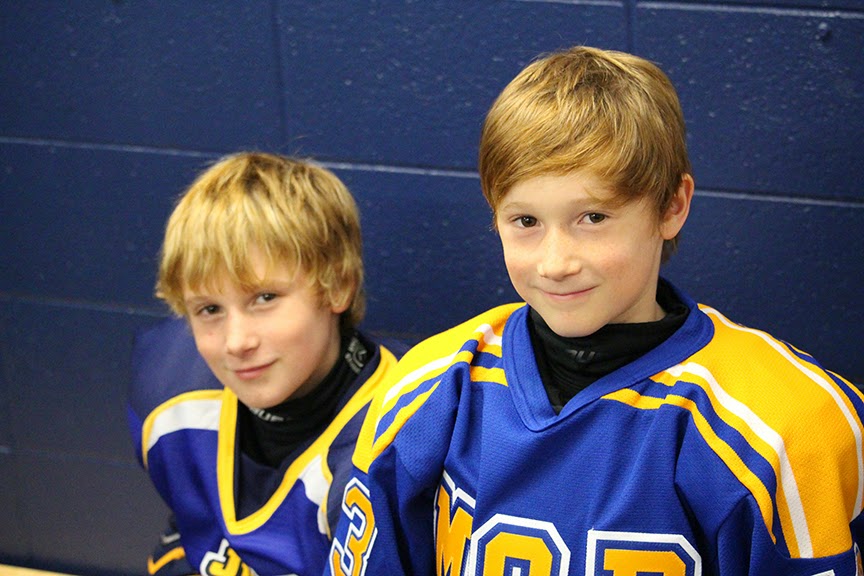 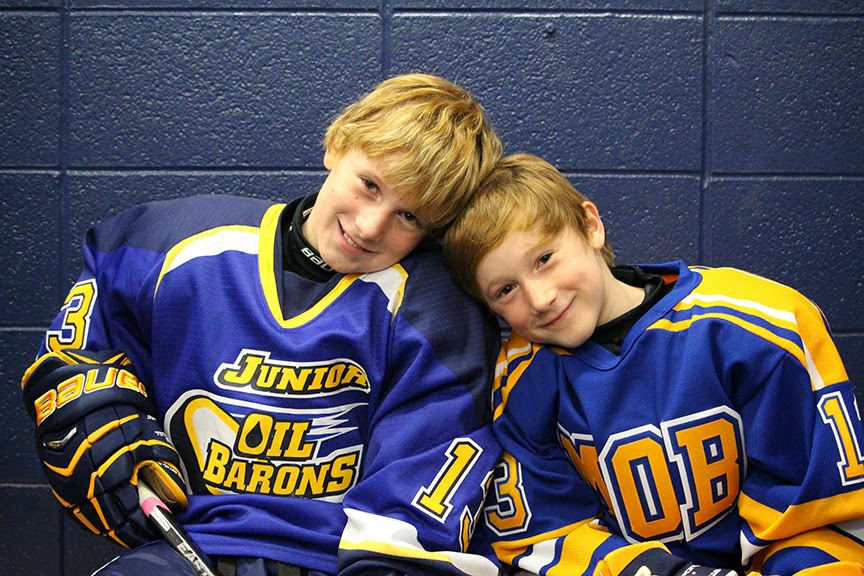 I've often said that size doesn't necessarily equate to more effort, that in some circumstances, a larger format actually makes things easier.  That was not the case with this piece.  Of all the paintings I have done since I began this creative journey in June, this was the one that took the longest.  The size, coupled with the complexity of the jerseys, meant many long hours in the studio, wonderful hours of listening to KAOS 91.1 and their Real Good Christmas music and Oil Barons hockey. 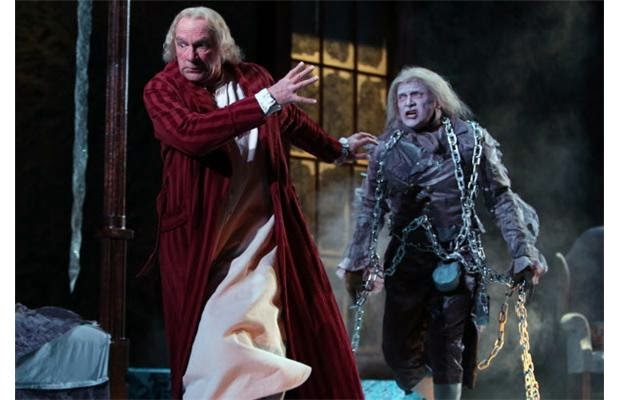 Today, it was CBC that kept me company, including a fascinating interview with Stephen Hair who has been playing Scrooge at Theatre Calgary for over 20 years. 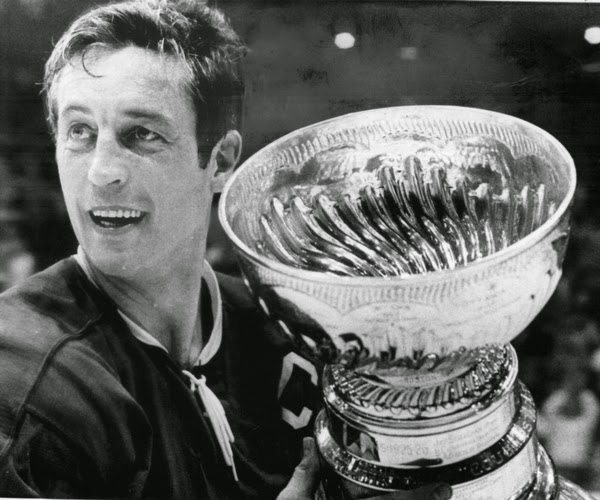 But, the show that really hit home with the painting I was doing was Cross Country Check Up with Rex Murphy.  The entire show was dedicated to the great Jean Beliveau, who died just a few short days ago.

Murphy tapped into memories from well-known people like Howie Meeker and Don Cherry, and strangers who called in sharing anecdotes and close encounters with Le Gros Bill, one of the greatest hockey players of all-time, and the person who earned more Stanley Cup rings than anyone.

Everyone talked about how much of a gentleman he was, a man of the people who made everyone feel important.  He took the time time to engage with fans, and when asked to sign something would do so in a beautiful hand and with careful attention.  A man of deep integrity and intense love of hockey and of the Montreal Canadians franchise, he was revered and respected like no other.  He is lying in state as I type, with his wife and family greeting every single person who is paying their respects.

I thought of Andrew and Carter as I listened to so many remarkable stories about this hockey legend who played long before I was old enough to appreciate his skills.  I've had the opportunity to meet these boys on two different occasions and I got the sense that they are on track to be men of integrity, dedication, and class. 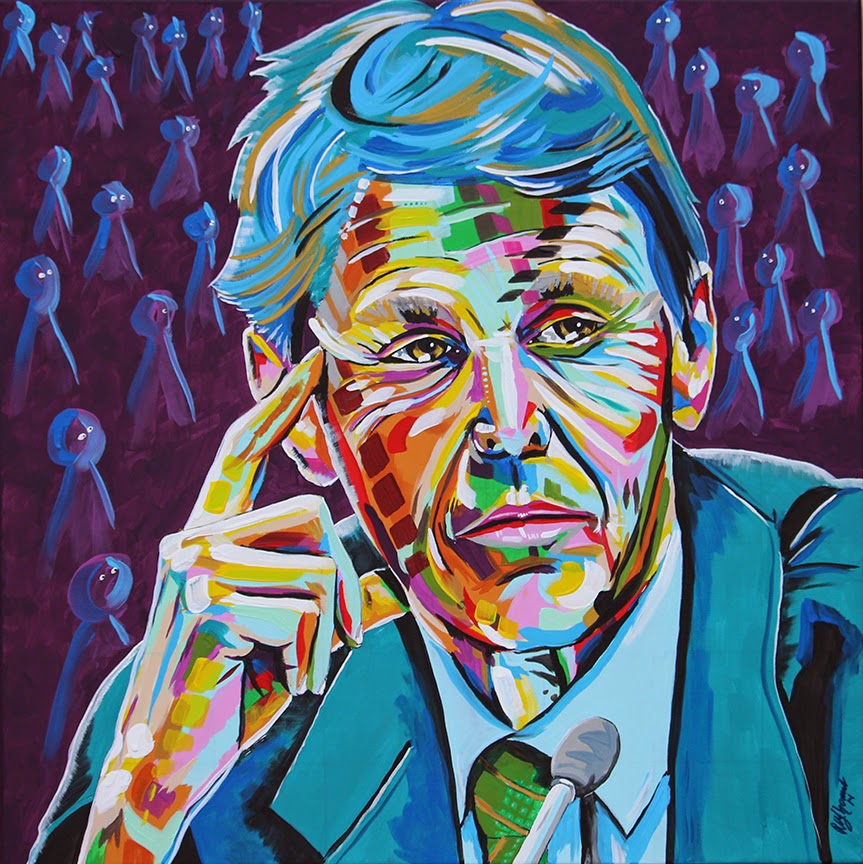 "I always set out to honour my subjects," I told Guy Boutilier, who I had recently painted for the latest issue of YMM magazine.

The fact that I got to be around Andrew and Carter, first during their tour of the firehall in June, and second when we did our photo shoot at the arena, helped me connect with the activity of painting their portrait over the last three days.  The pose suggests brothers who are at ease with one another and incredibly close. 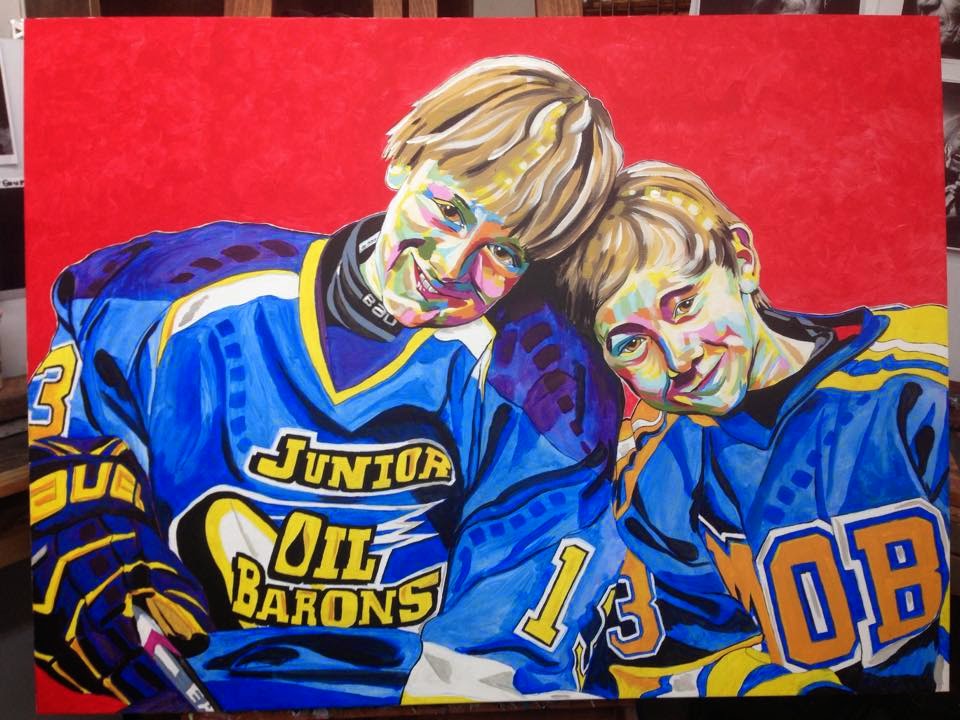 I jokingly tweeted that the Hartigan boys have been "Russellified", a term coined by Kyle Harrietha whose portrait adorns the cover of the Newsmakers of the Year edition of YMM. 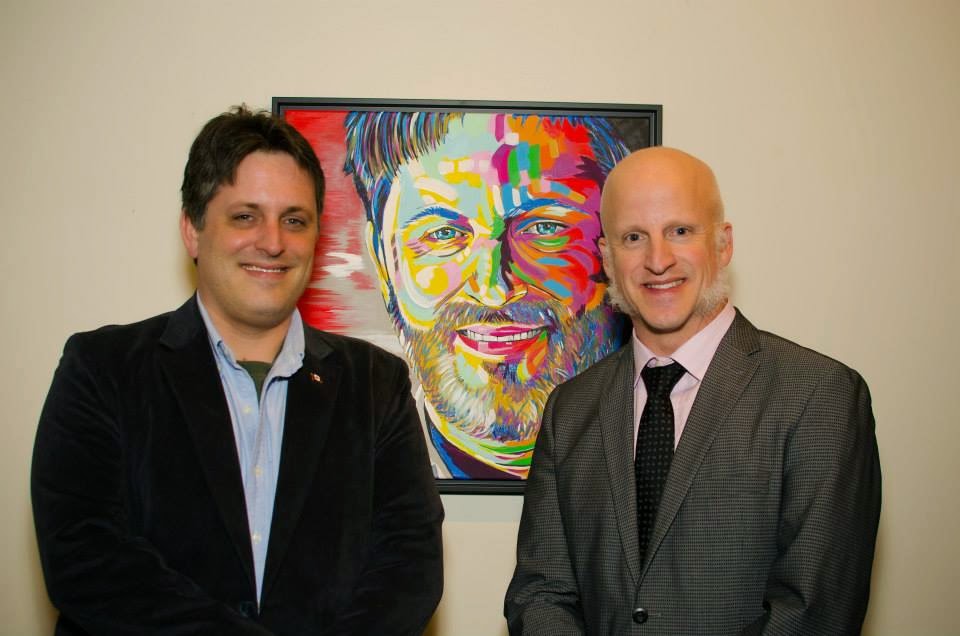 My hope is that they don't think it's too weird and that it remains as a family keepsake for generations to come.  I equally hope that they go on to grow into men who emulate the integrity and generosity of Mr. Beliveau.  They have great role models in their parents, two people who have helped strengthen our community in so many ways.

Thanks to Colin and Raeann for supporting the United Way and allowing me to capture their sons in this unique way.
Email Post