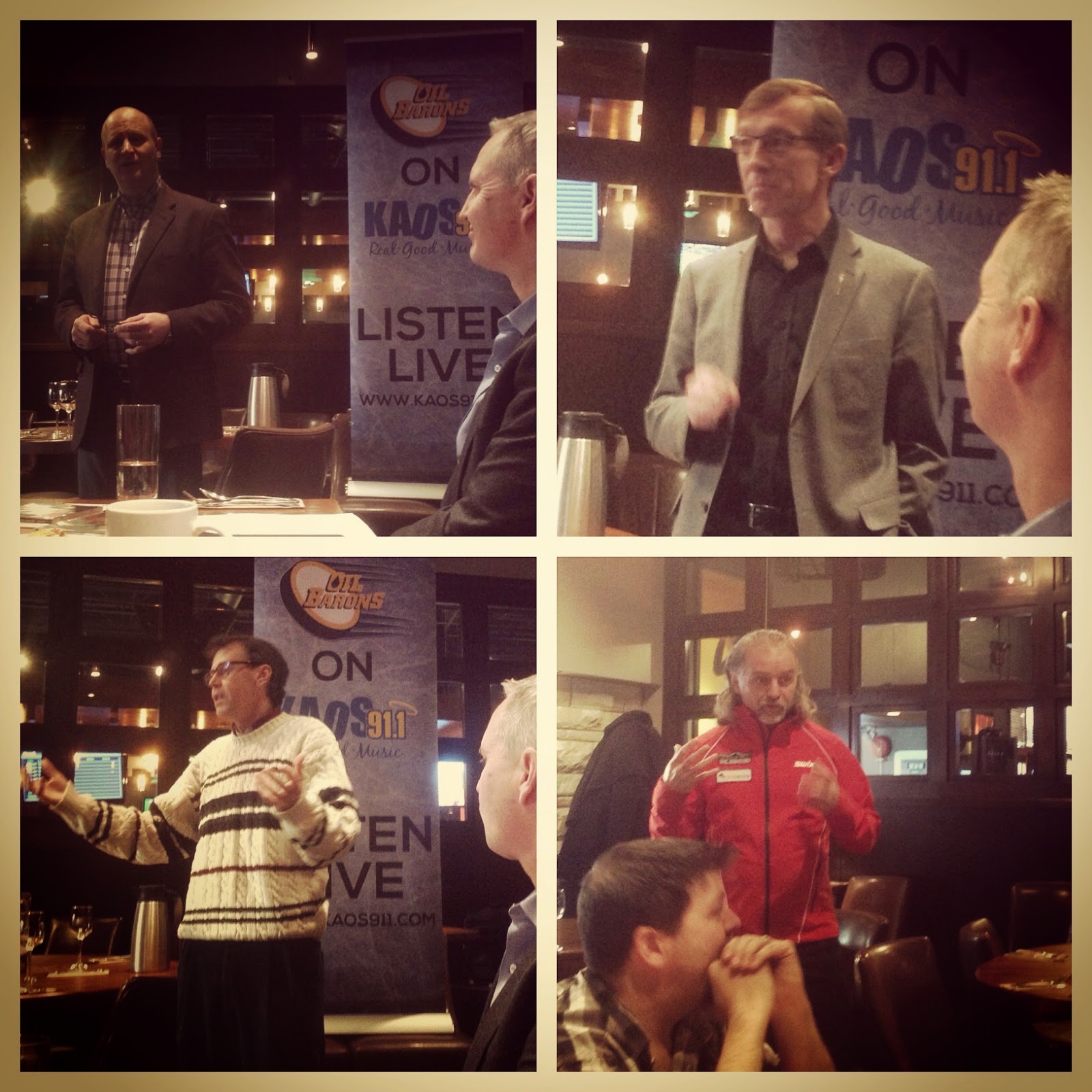 I attended the "Power Up" breakfast in support of KAOS 91.1 on Saturday morning.  Hosted by Mark Little (EVP Upstream, Suncor and a strong supporter of KAOS) and attended by a strong collection of community leaders like MLA's Don Scott and Mike Allen, Deputy Mayor Phil Meagher, Councillor Guy Boutilier, and many others, the event created strong momentum for the campaign to raise the necessary funds to purchase and install the equipment required to improve the station's signal.

My journey with KAOS began long before it was ever approved by the CRTC.  Rick Kirschner, the executive director of the charity and owns the faith-based radio station that operates out of Composite High School thanks to a great relationship with the Fort McMurray Public School District, met with me several times to talk about their vision of how they wanted to use the power of the media to provide hope and encouragement.

Some readers of the Middle Age Bulge may not know that I spent a full decade in the radio business.  In many ways, it provided the foundation for everything that I've done.  I was mostly a small market guy, going from evening disc jockey to afternoons to mornings, and after a year or two, into a program director/morning show job in Stettler, AB.  For a brief time, I was programming Q91, a Drumheller based, Calgary market AM station, that had tremendous reach through much of southern Alberta.  When the station got sold, I was bumped from my role and knew it was time to look for a change.  That's when I saw an ad in a broadcasting magazine for a program director role at CJOK in Fort McMurray.  A long, cold drive north for a January 1996 interview followed, and the rest, as they say, is history.

I spent three years with the OK Radio Group, and was introduced to Fort McMurray in a way that allowed me to grow into the community advocate, champion, and leader that I am today.  Long story short, I appreciate the power of radio, and get particularly excited when I hear something great on the air.  To this day, I will send a private message of appreciation when I hear a great newscast, commercial or announcer break.

Back to the present and the aspiration of KAOS 91.1 to increase power, I'm proud to say that our family has been a financial supporter of this charity for a number of years.  We believe in what they are doing in the community and what they have the potential to do with a better signal that will reach far beyond where it does now.

Though a long-time supporter, I have not listened to KAOS for long stretches, owing in large part to the signal issue.  This weekend, I discovered a signal sweet spot in my studio/shop and spent the whole day listening while painting, enjoying the Real*Good*Christmas*Music (it really is wonderful) and the spoken word programming that is peppered throughout the day.  I know I was meant to listen because one show (I don't remember what it was called) was talking about parenting teenagers, of which we have one with another waiting in the on-deck circle.  The next day, I found myself in a situation that I was able to recall the advice the show had offered. 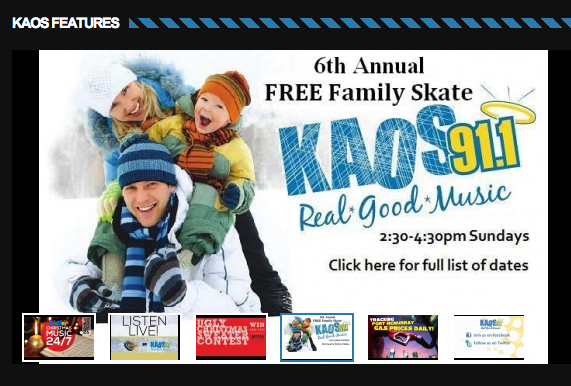 Being a locally owned and charity operated radio station, KAOS has an ability to be responsive to changing community needs, and be a force for connectivity and positive change in Wood Buffalo.  They have my full support in their "Power Up!" campaign.  I'll also become a more frequent listener as I wile away the hours in my studio/shop catching up on my painting over the holiday season.
Email Post