It felt comforting in a way, returning to my familiar dressing room and getting ready for a final appearance as Mr. Scrooge.  It has been two full weeks since we closed our production of A Christmas Carol, but as anyone who has seen me will tell you, my Ebenezer mutton chops were still in place, preserved for this planned return to the stage for THE REASON concert. 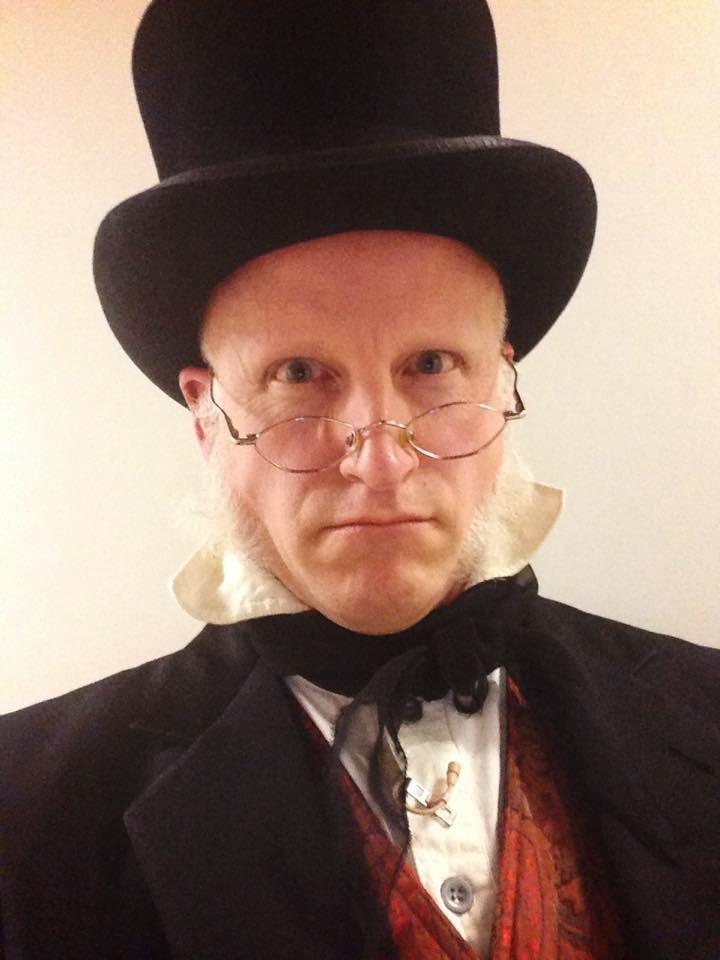 From putting on my 19th Century shirt to festive vest and top hat, slipping into my Scrooge skin was as breathing: automatic and easy.  I entered the house from the left side doors and crossed aisle H grumbling "Humbug".

"Is that him?" I heard a number of times, as guests tried to figure out who the slouched fool in the top hat was heading toward the stage.

"Ladies and gentlemen," began Scrooge.  "Welcome to THE REASON concert."

"I've been asked to say a few words before we begin the show."

I started by requesting that patrons pull out their cell phones, but not before making a quip about not really knowing what they were.

"In the unlikely event of an emergency, I would kindly ask you to put your head between your legs and kiss...." 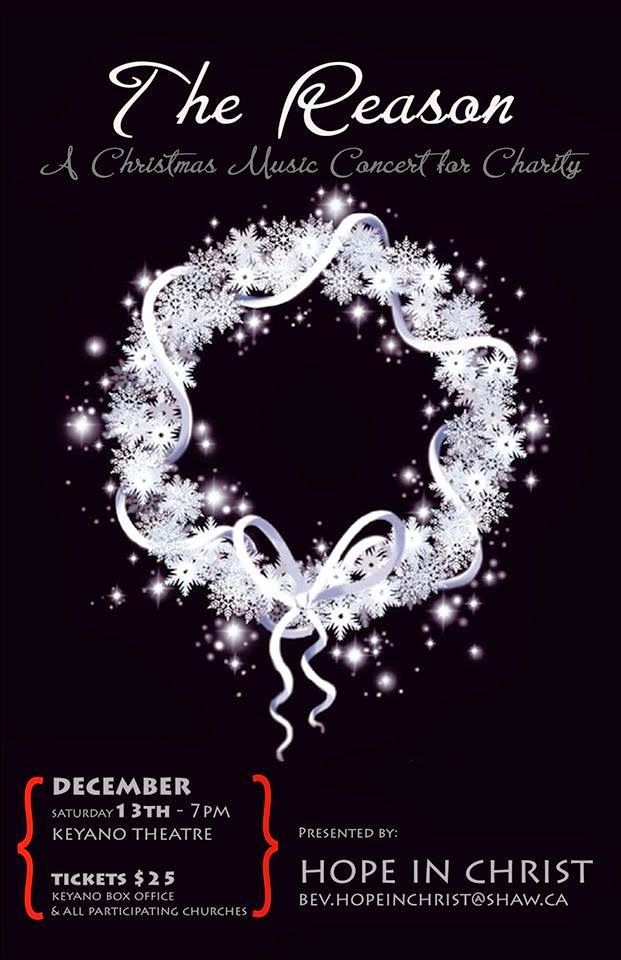 Pleasant Scrooge emerged and THE REASON concert began in earnest.  The Dressed In Red band kicked into their first number while I rushed into the wings, down the hall, and to my dressing room. 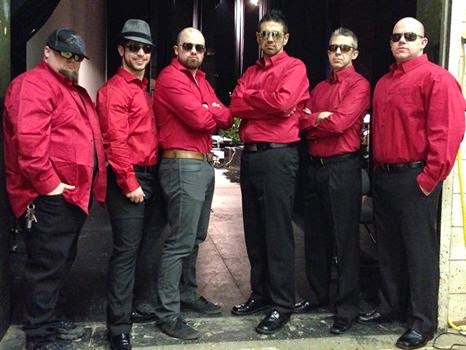 "They're done their first song," said Andy, the fine young fellow on headsets ensuring that everything went according to plan on stage left.

I grabbed my tuxedo shirt, clipped on my festive bow tie, and put on my microphone pack before slipping into my pants, vest, jacket and shoes.  With about 45 seconds to spare, I was waiting in the wings ready to return to the podium as myself.

For one of the quickest transformations that I've ever attempted, it went pretty well.  I missed a few stubble bits in my haste, but not enough for the audience to notice.

The rest of the concert went very well.  We had lots of fun, and enjoyed some stellar musical performances by the band and a strong collection of vocalists: Jason Beck, Mel Altoveros, Ronald Llemit, Obi Orawdawe, Tina Baker, Leone Sceviour, Sherry-Lynn Bursey, Dawn Herman, Chuck Vincent, Brian Walrond, and Janet Baker.  The Filipino choir was also there, wooing the audience with a fun and moving Christmas medley. The Family Christian Centre choir was joined by all the performers for a beautiful rendition of "It's Christmas" to close the show.

THE REASON is a delightful annual Christmas celebration, and a great excuse for dusting off Mr. Scrooge one final time before putting him away for another day, a holiday season in the not-too-distant future.
Email Post