The enigma of Ty Cobb

"Would you like to go outside and play catch for awhile?" I asked Ben.

"Is this connected to your baseball thing?" he countered. 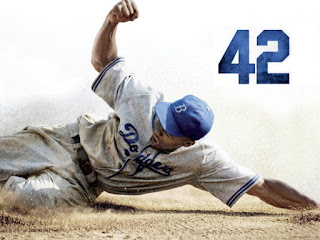 In recent days, I've taken an interest in baseball for some inexplicable reason.  First, I watched the movie 42, about the entrance of Jackie Robinson into the major leagues. 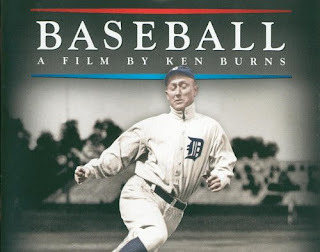 Next, I began diving into Ben Burns's seminal documentary series about the history of the game: Baseball. 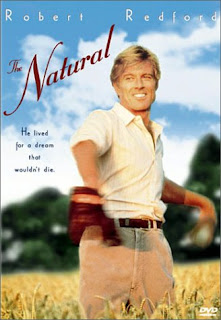 Two nights ago, I had an itch to watch Robert Redford in The Natural.  I scratched it.

Baseball, in all of its forms, was a big part of my life.  I spent hours and hours playing catch with my friend Delton in the backyard.  The tin shed where Mom and Dad keep their landscaping tools and various other things, still has dents where the wild pitches landed over three decades ago.

I watched baseball - the Expos and Jays on TV and the Kamsack Royals (fastball) out at the lake; I played baseball - I pitched, played first and batted clean up; I dreamt of making baseball my career - I have an uncle who encouraged me to keep detailed stats if I was serious about making a go of it. 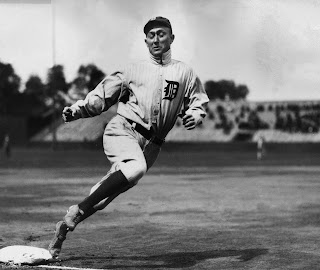 It was in Inning Two of Baseball, the documentary, that they started talking about Ty Cobb.  The moment they put up his picture, something grabbed me.  I felt this immediate and compelling need to paint his portrait.  There is no rhyme or reason to it, only that my muse tapped me on the shoulder and said loudly and clearly "Him.  You need to paint Ty Cobb." 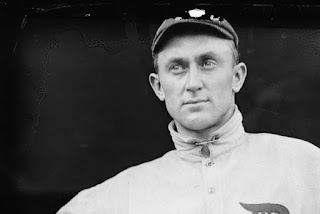 Cobb was equally vilified as he was adored.  He was one of the games greatest players who spent 21 years with the Detroit Tigers.  In the last five seasons he did double duty, serving as both the team's leader on the field and the club's manager.  With 4,191 hits, 1,938 RBI's and a lifetime batting average of .367, Cobb is certainly in the top 10, possibly 5, of the most accomplished players in the history of the game.  He was driven, did everything possible to win, and was feared for his explosive on-field temper. 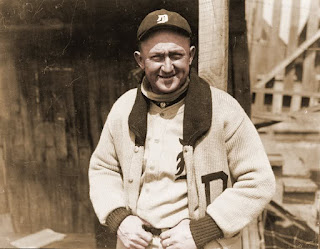 Cobb himself wrote, just before he died, "In legend, I am a sadistic, slashing, swashbuckling despot who waged ware in the guise of the sport."  His reputation, largely fuelled by early biographers, was tarnished by allegations of racism and violence, both of which were referenced in the Ken Burns documentary.  However, like many things in popular sport, reports of his cruelty and bigotry may have been over exaggerated for effect.  I'll find out.  I just ordered a new extended biography, Ty Cobb: A Terrible Beauty, written by Charles Leerhsen.  Apparently, he attempts to clarify the truth behind many of the stories and myths that were generated about this man. 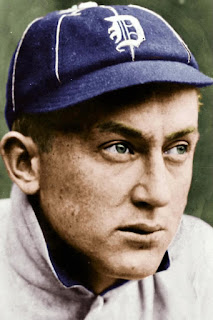 I spent yesterday afternoon and evening painting Ty Cobb's portrait, for no other reason than I was called to do so.  I have no idea if there is an interested buyer out there, or if it is a painting that is meant to stay with me.  If anyone has an interest in owning this unique portrait of one of the greatest baseball players who ever lived, just send me an email (russell.thomas@birdsongconnections.com) or a text (780-881-3752).

We only have one baseball glove, which I offered to Ben and he refused.  So, we spent an hour tossing a softball around in the front yard with our bare hands, father and son.  Despite the fact that he has never played the game, Ben has great catching instincts and a good throwing arm.

"My hands are tingling," he said, after catching over a hundred pitches without the protection of a glove.