Something about my dad turning 80 doesn't compute for me.  When I was young, 80 felt ancient, old, withered.  Dad doesn't seem that way.

Like me, he is a creature of habit and of his comforts.  He's an early riser, enjoys his morning routine and social collisions at the senior centre.  Standing still for long periods of time doesn't work with him.  Charles W. Thomas is known for keeping busy.  Some people retire to kick back and put their feet up; Dad had other ideas. 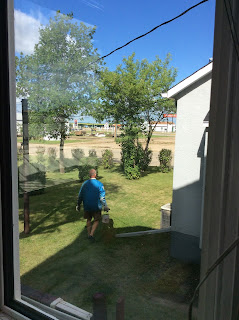 His penchant for wanting to help out has gotten him in trouble more times than I can count.  He's a dangerous man with a paint brush or a pair of hedge clippers. 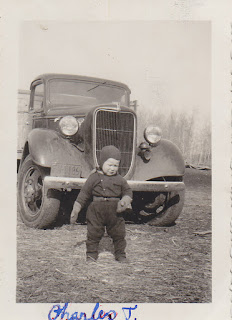 A child of the Great Depression, he was raised to squeeze everything possible out of that nickel, and jerry rig solutions to keep appliances running long past their best before dates.  But when my lawn mower refuses to start, there is only one person I think to call, even before consulting Google. 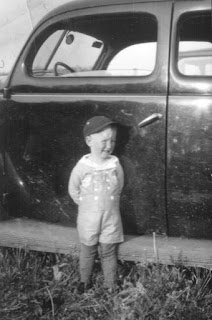 Cars deserve to be clean.  Dad ensures that they are.  People driving past my childhood home on Second Street in Kamsack, Saskatchewan will often see Dad crouched over polishing the rims or giving the tires a little shine.  Go for a visit and you'll leave with a cleaner car than when you arrived. 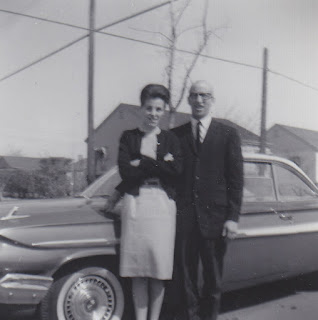 When we talk, there is always a dialogue about the price of gas, the loose spending of the younger generation, and the conditions of the crops.  Once in awhile though, and with increasing frequency, stories pop into the mix from bygone days.  I love talking to my dad, for everything that is predictable and those gems that are not. 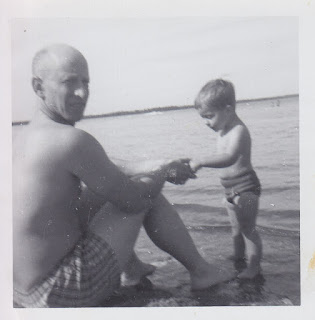 My dad doesn't say much about feelings of love, pride and those types of things, but I know he is deep feeling, and intensely proud of all his children and grandchildren.  I can see it in his eyes and hear it in his voice.  And occasionally, he will emerge from his cone of silence and let slip a word, phrase or sentence that contains more love, care, concern and pride than an entire book. 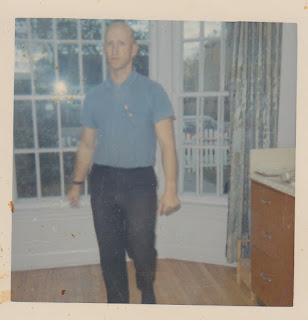 In 2011, my dad was diagnosed with colon cancer and rushed into surgery.  All of my brothers and sisters raced back to Saskatchewan to be there with him and Mom.  My stomach twists into a knot even thinking about those days, seeing him helpless and gaunt in the hospital bed, and of hearing a prognosis from the doctor that was not good.  Then I remember something else. 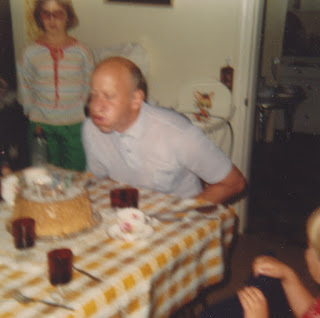 Almost immediately after the surgery, at the urging of the nurses, he started moving his feet, slowly and surely.  Within a day his colour returned.  Within months he was back to his former self.  It is four years later; the medication and his attitude are keeping the cancer at bay.  In many ways, you would never know he's dancing with the big C. 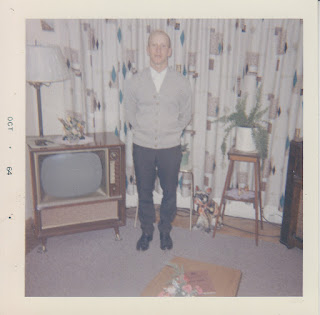 I love my father.  I tell him that more often now, though probably not enough.  When I think about the heroes and role models in my life, he rises to the top.  It may shock and surprise him to find out that he has profoundly helped to shape the man, the father, the husband, the community builder, the  leader, and the artist that I have become.