A day of many blessings 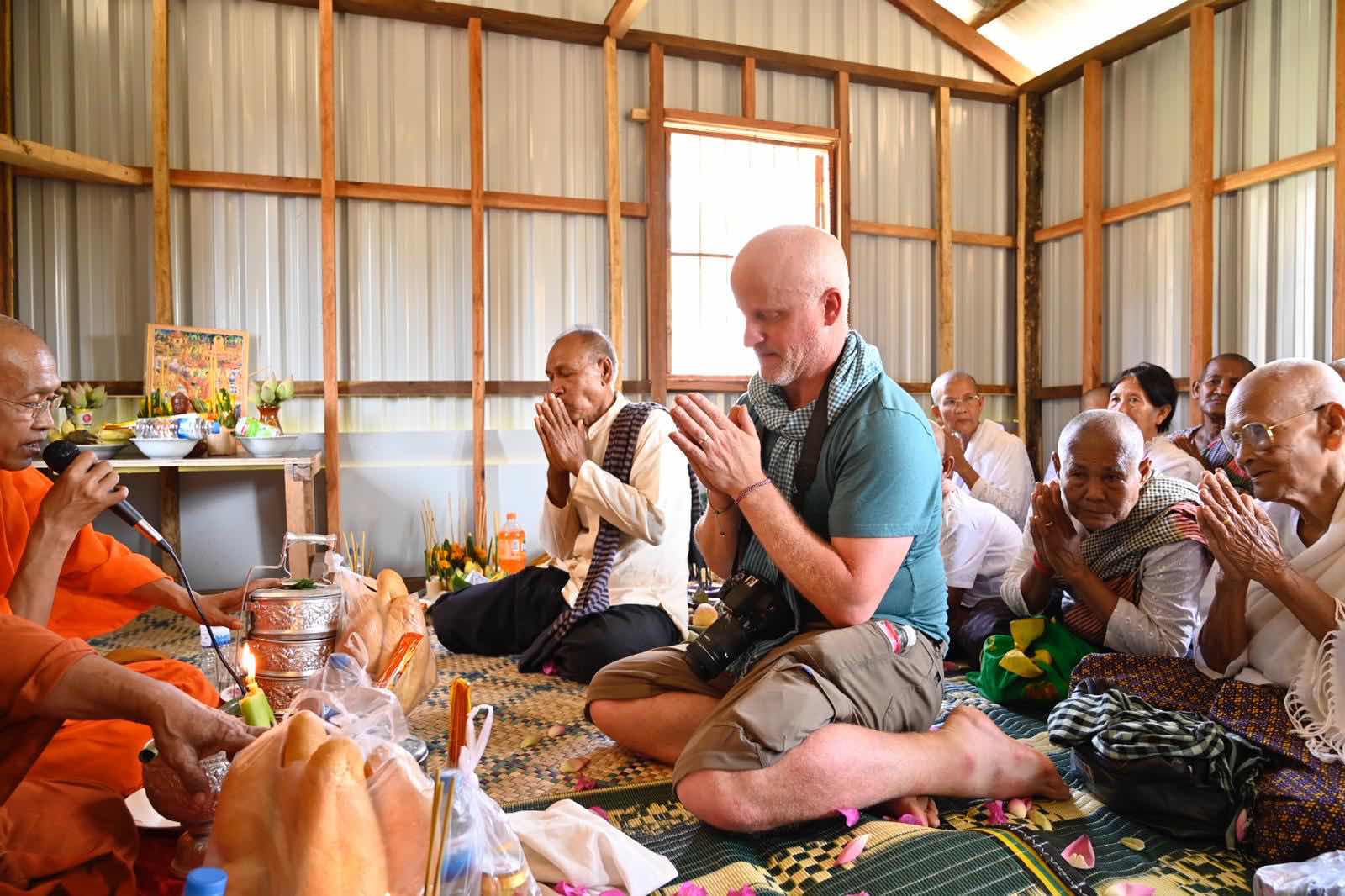 The sky was bright blue with not a cloud in sight and only a soft haze as dozens and dozens gathered at two different homes only 100 yards from each other.  It was blessing ceremony day for Lin and Van and their respective families. 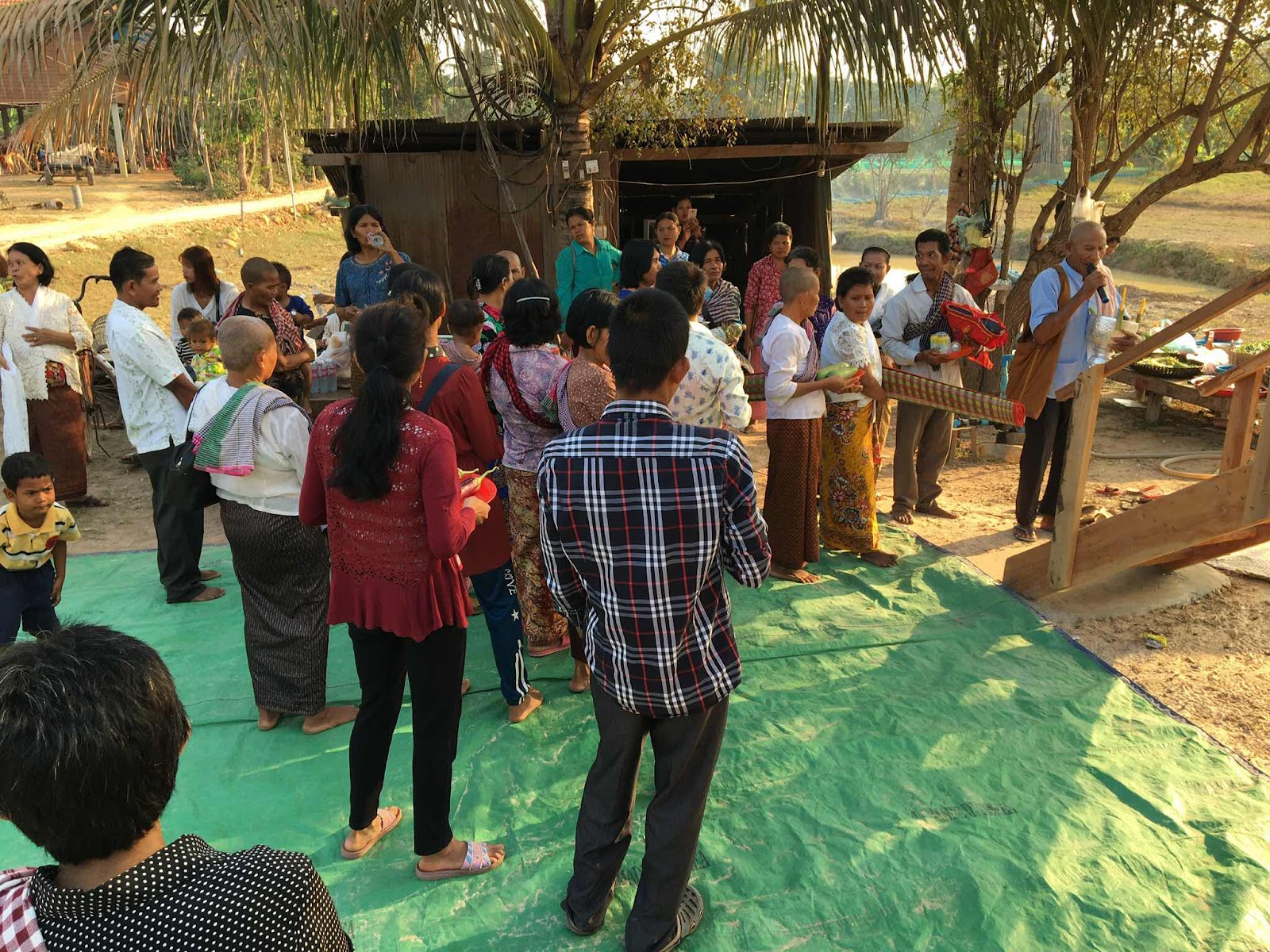 People were gathering, music was playing and anticipation was building for the arrival of the monks. 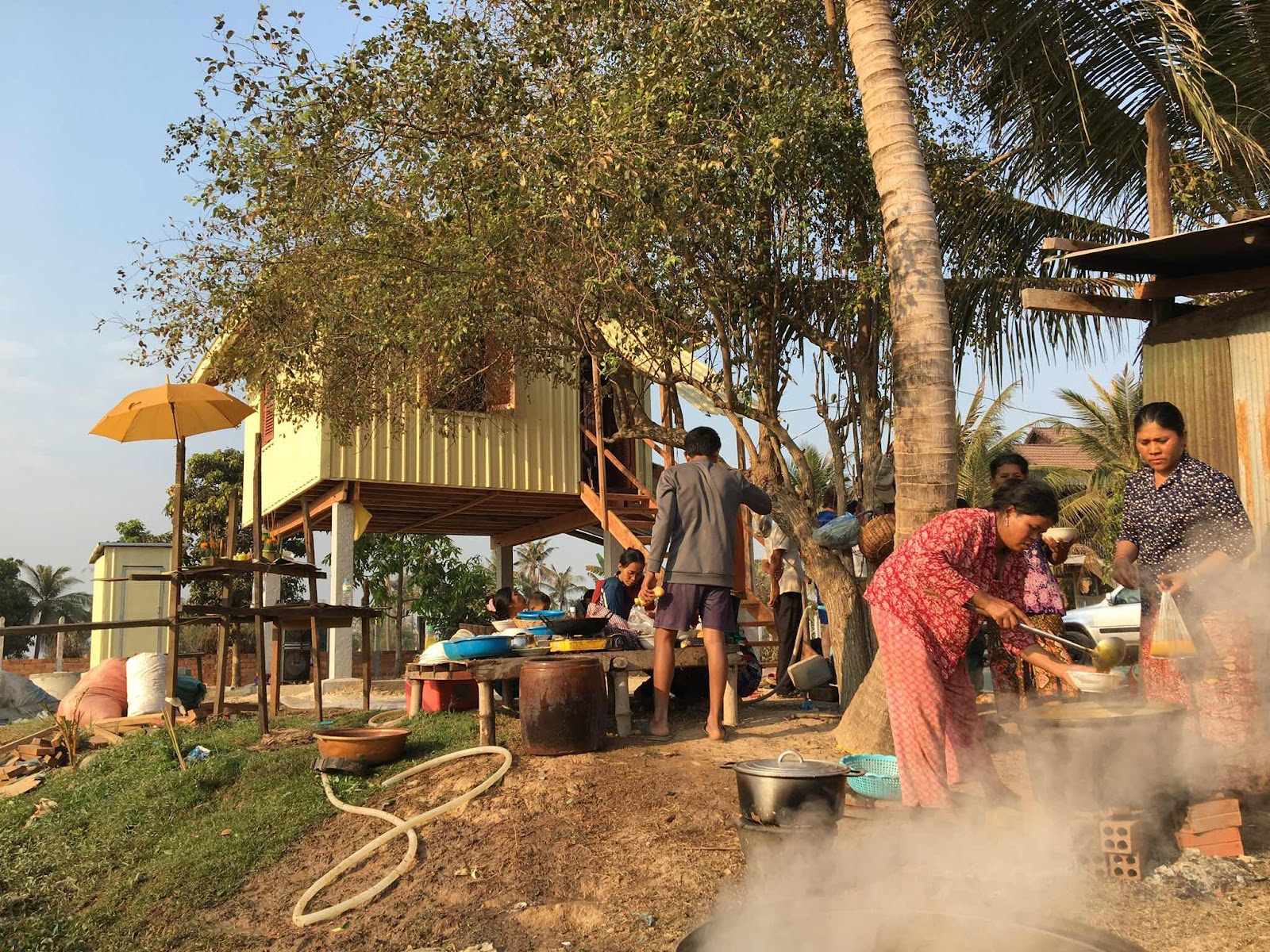 I have participated in probably 8 to 10 blessing ceremonies so far and they are all slightly different.  They organically happen the way they need to with the focus appropriately on the recipient families.  It is a huge day in their lives, and that fact is not lost on anyone. 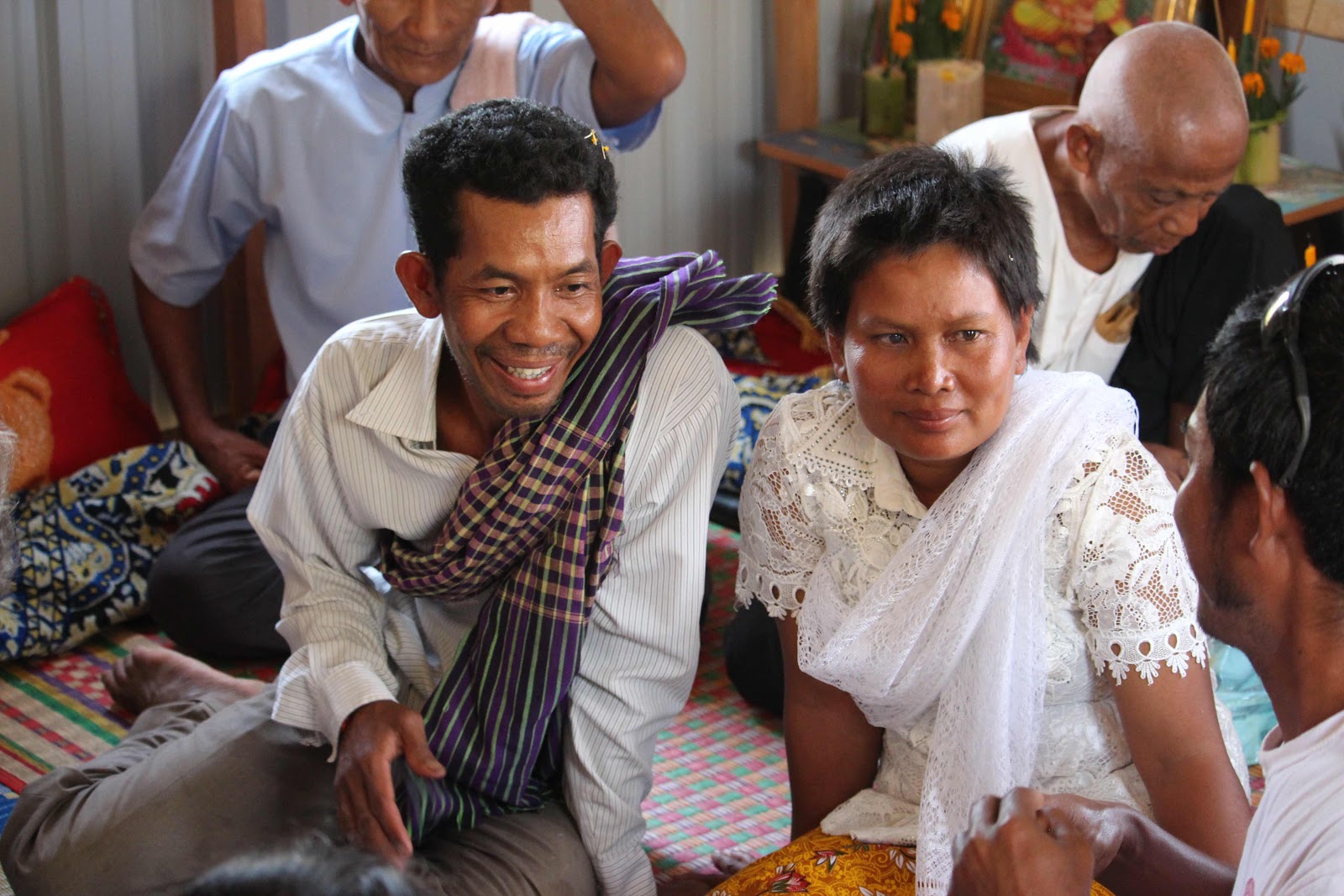 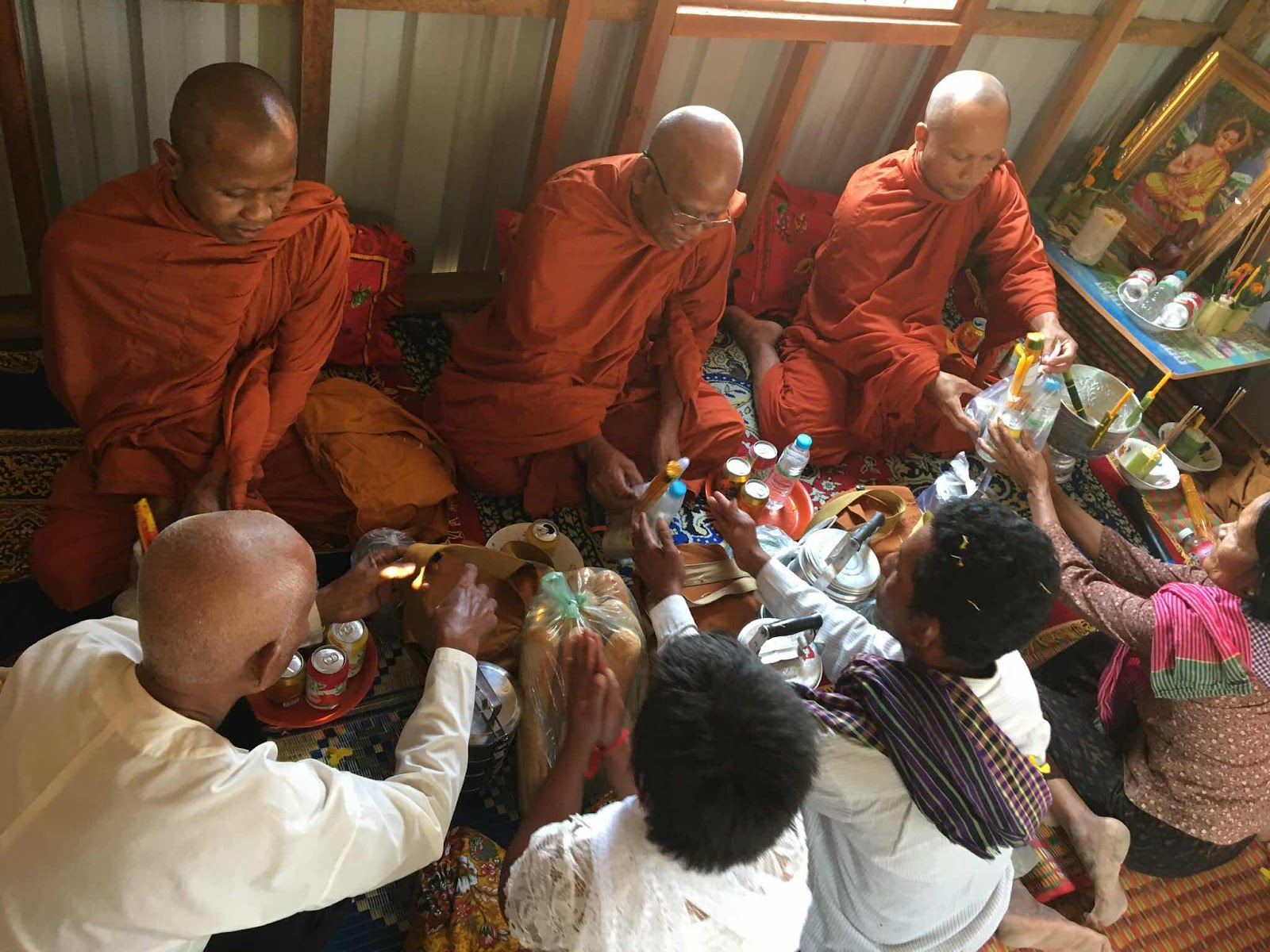 The heat build up in the tiny home filled with the family, monks and village elders is fast and intense. 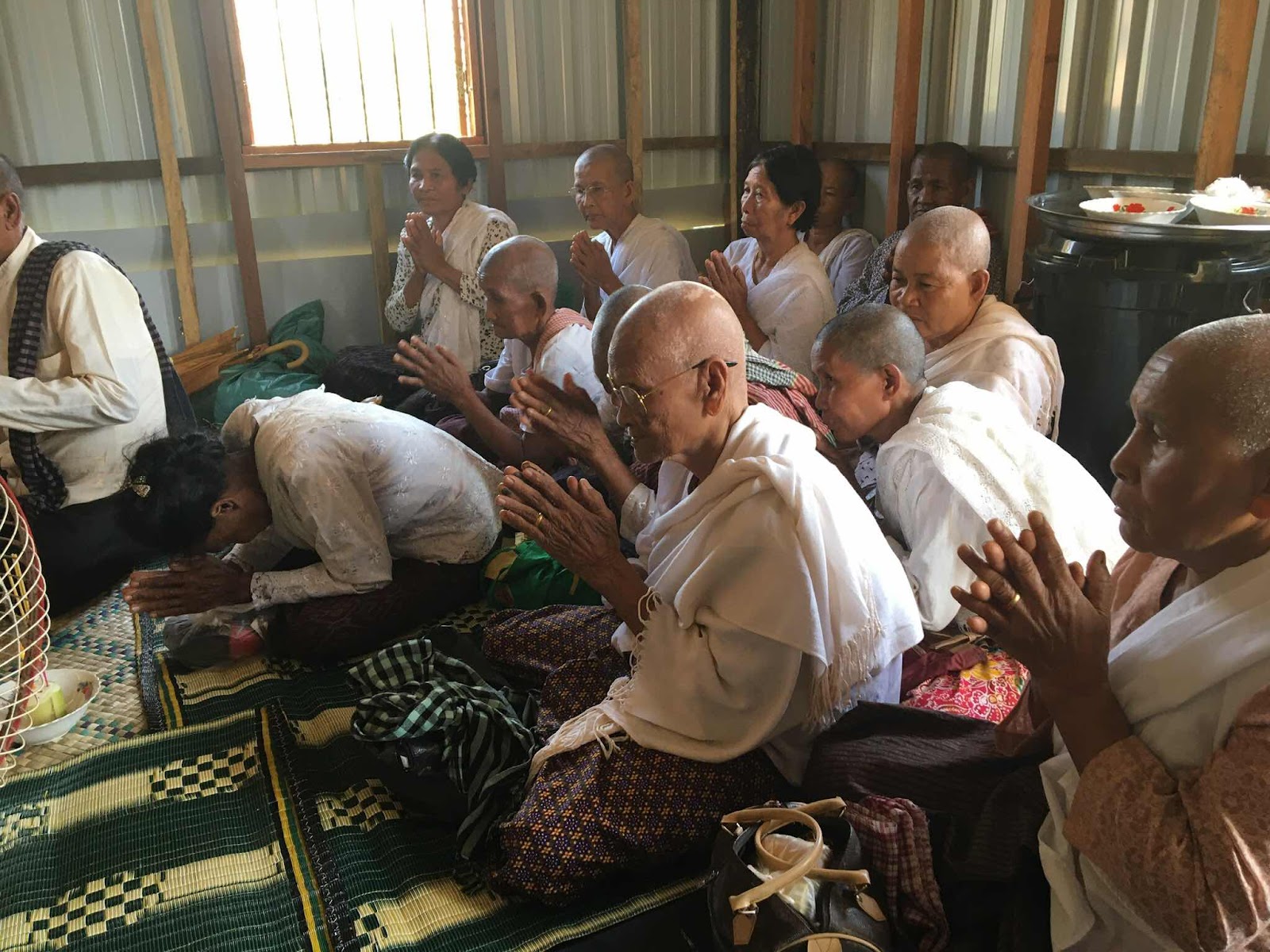 Despite the temperature, it is a moving ceremony and incredibly powerful as contracts get signed and keys get presented.  I was also able to present the paintings of the elephant and Buddha to the family. 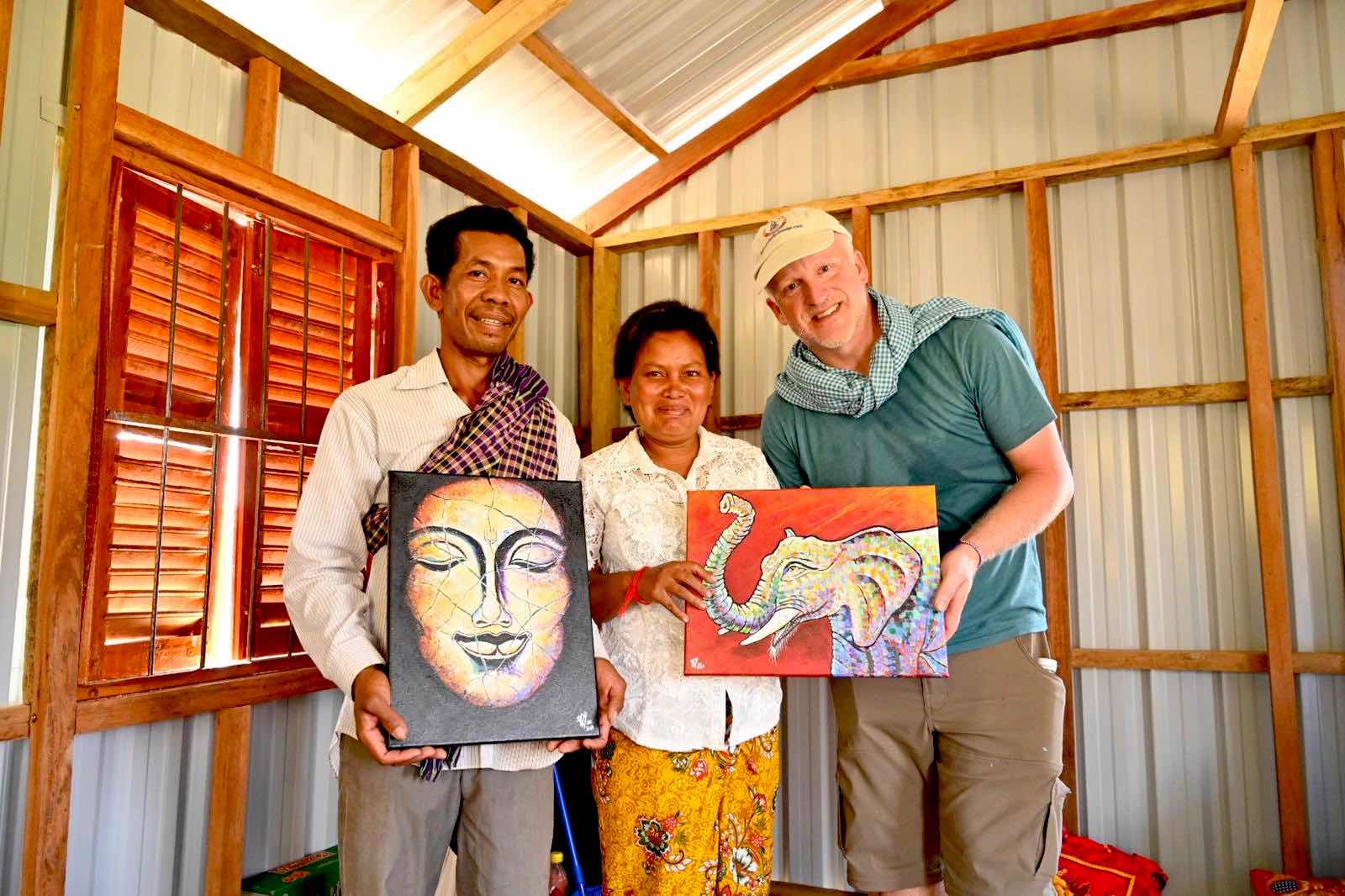 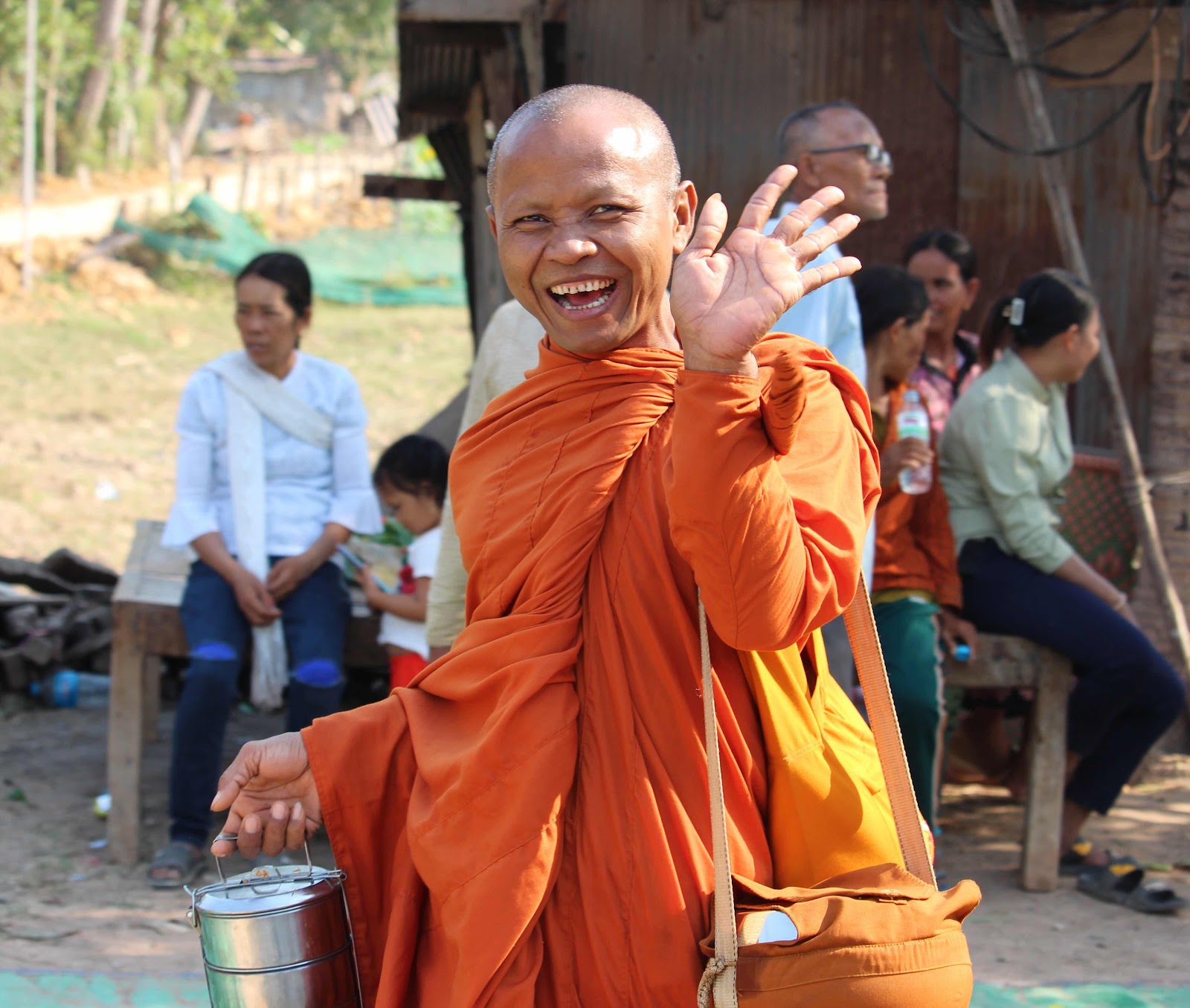 I was outside catching a cooling breeze when the monks came out.  The youngest one caught my eye and flashed me the brightest smile and wave. 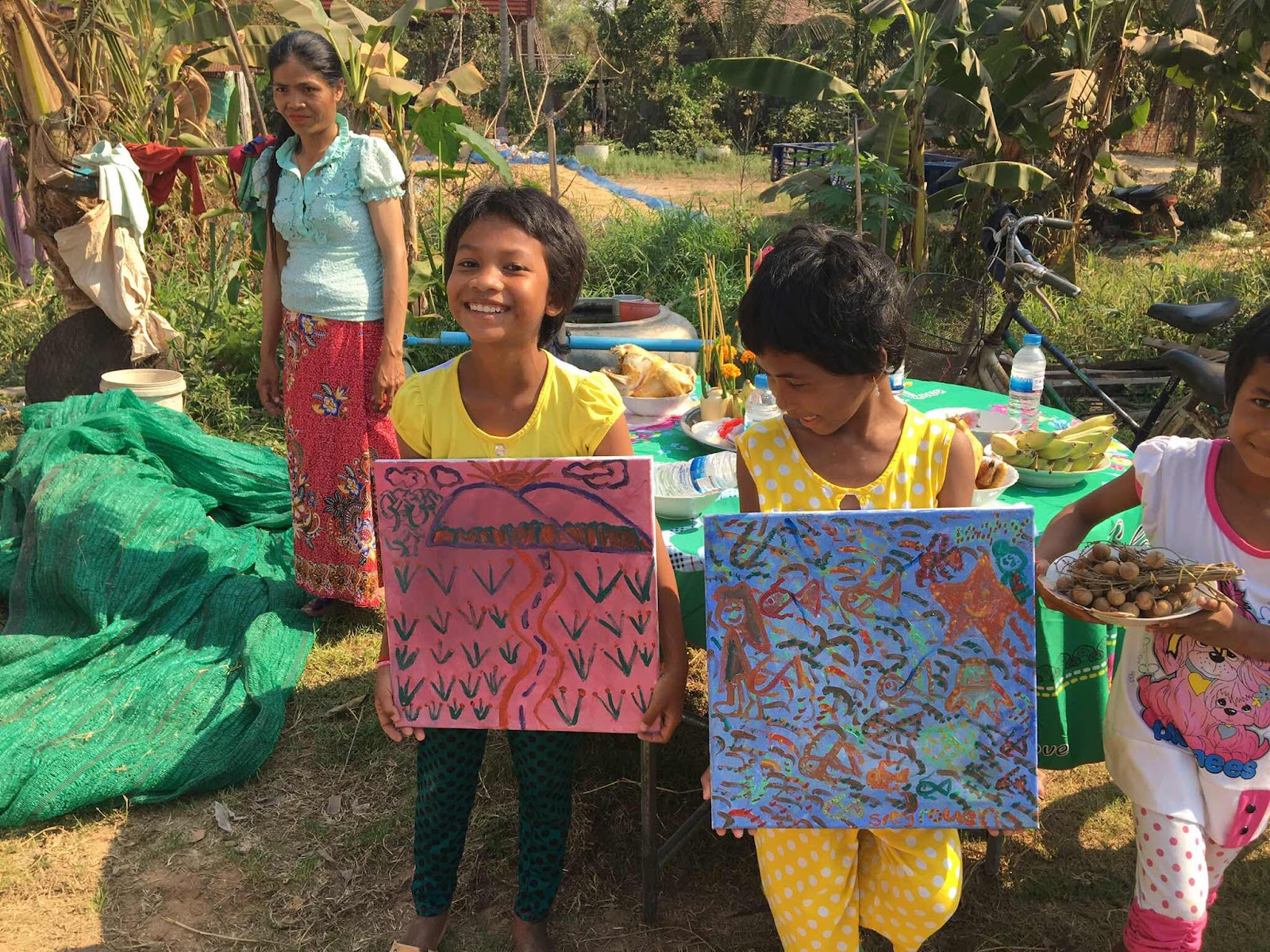 Over at Van’s house, a slight variation of the blessing ceremony began shortly after we walked up the road, unlocked the door to the house, and got set up for the arrival of the second set of monks.  Sreyrouen and Sophy presented me with two paintings that they did completely on their own.  I was truly blown away at their creativity and generosity. 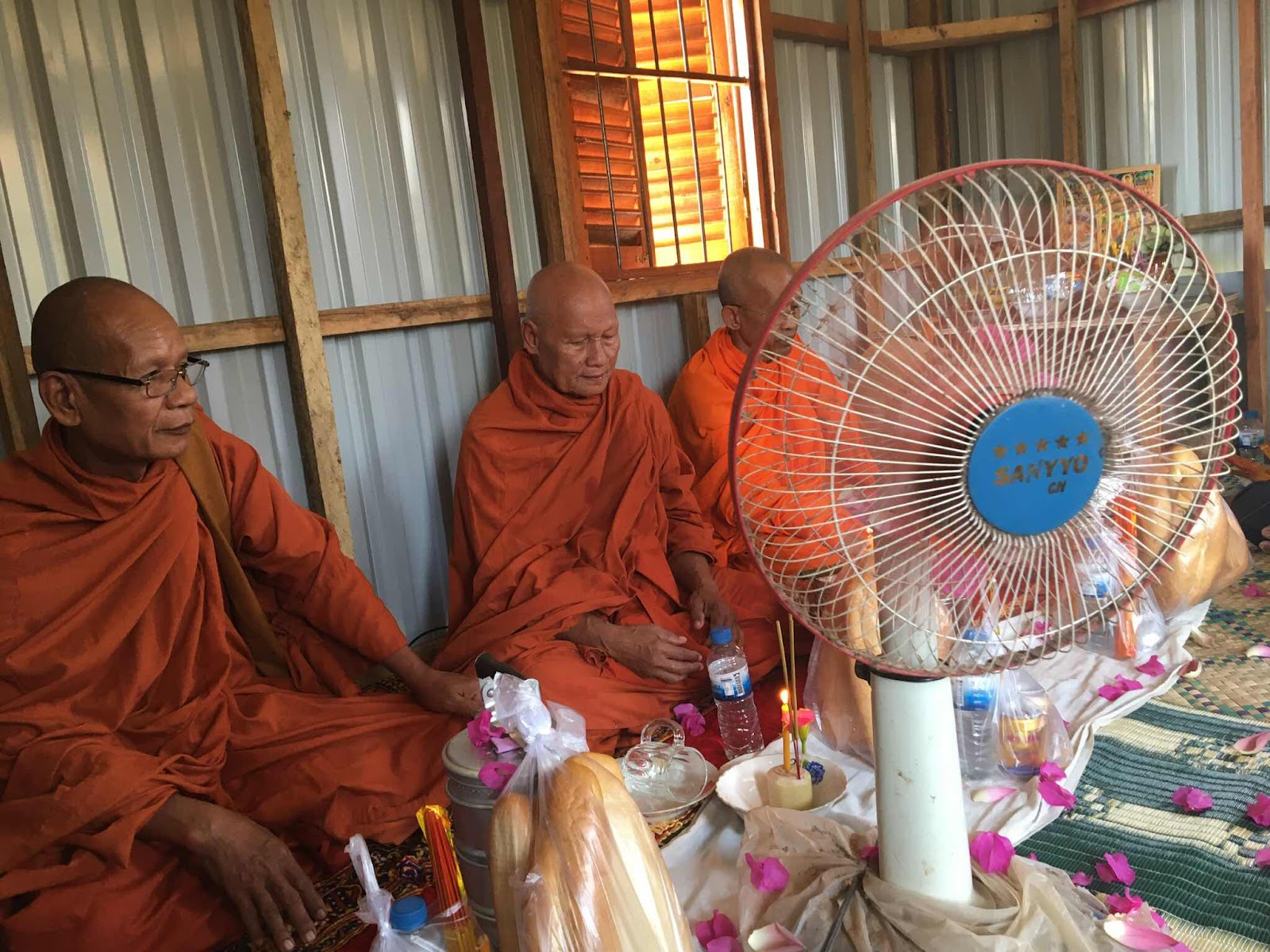 Ruon, God love him, brought up a fan, which kept the air moving in the confined space as the ceremony got into full swing. 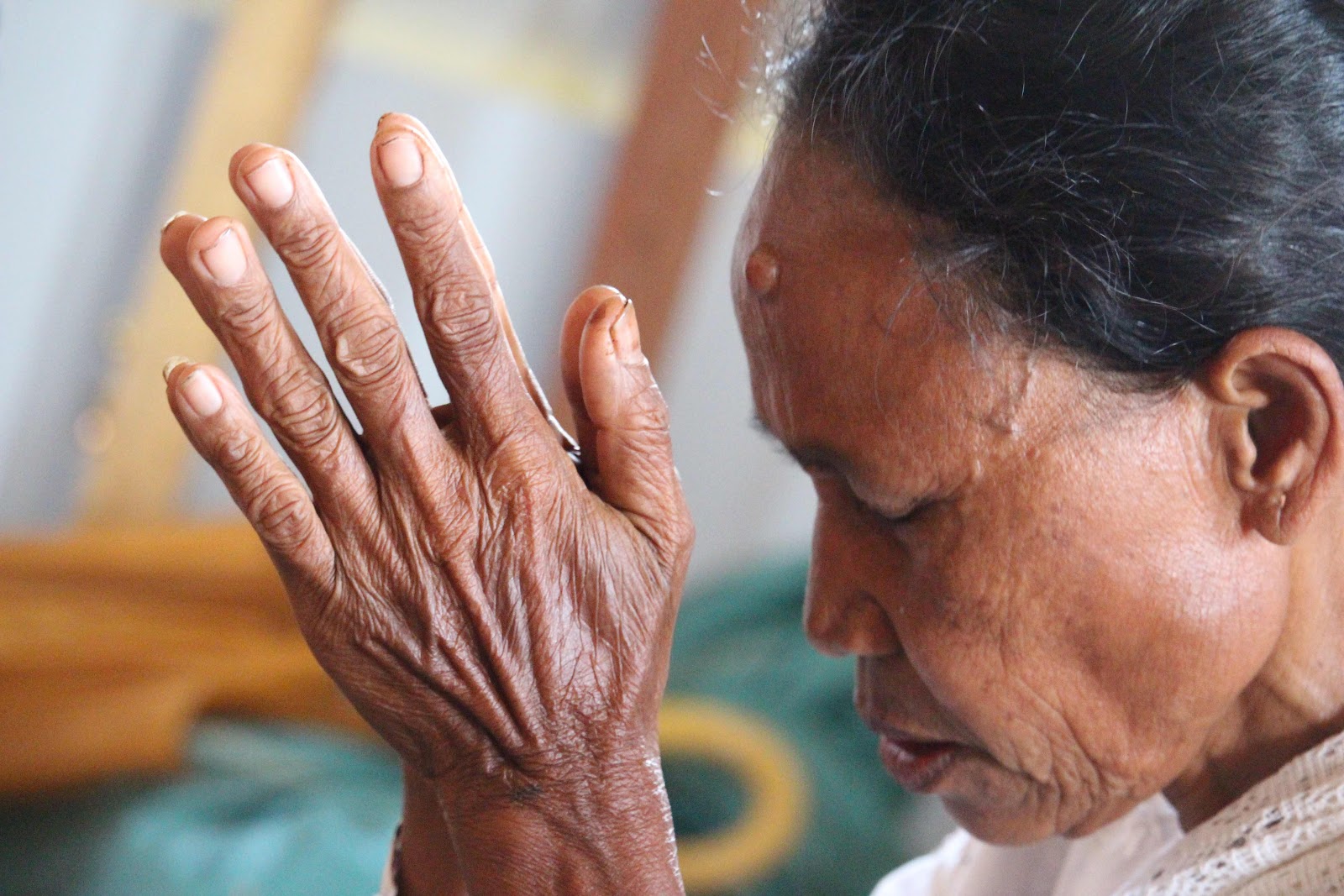 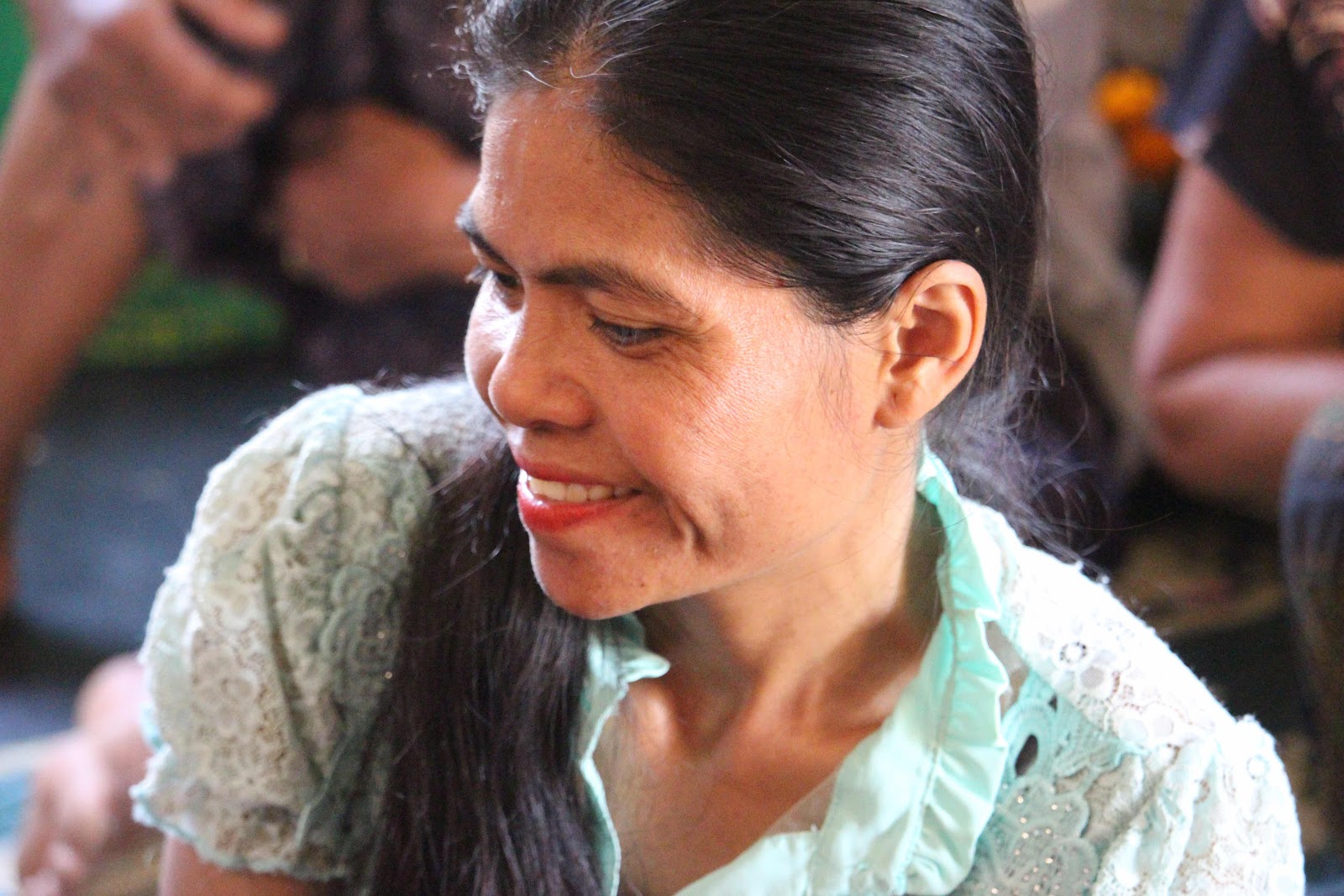 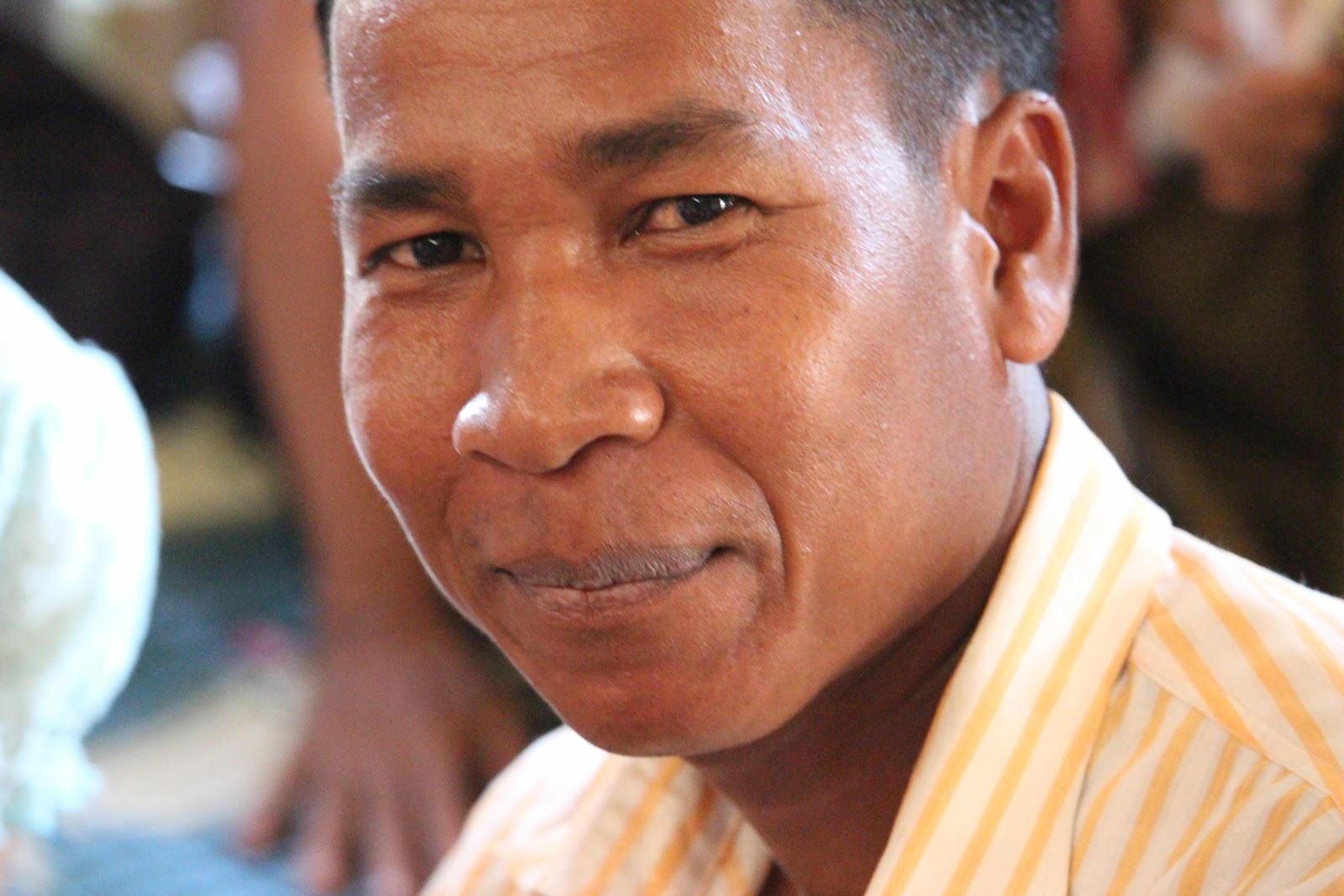 Van, her son and his wife looked so grateful during the praying and chanting.  At one point in the ceremony, the monk wanted me to come up to the front and actively participate in the offerings part of the ceremony. 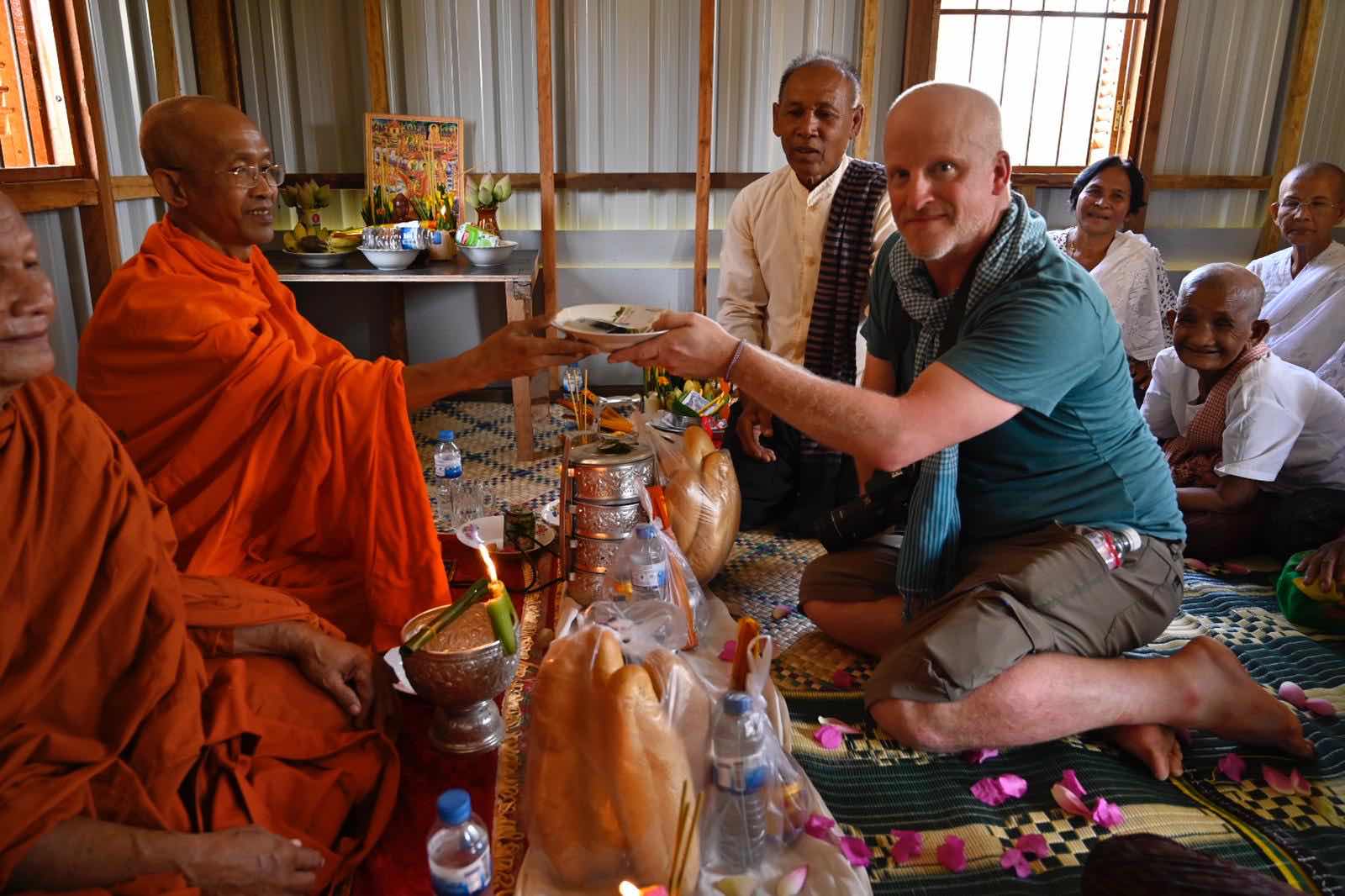 I’m not sure if it was in my role as the ambassador or if Van requested me to help in the absence of her husband who passed away a couple of months ago.  Though I stumbled attempting to do what they wanted, it all worked out well, and inspired a few smiles. 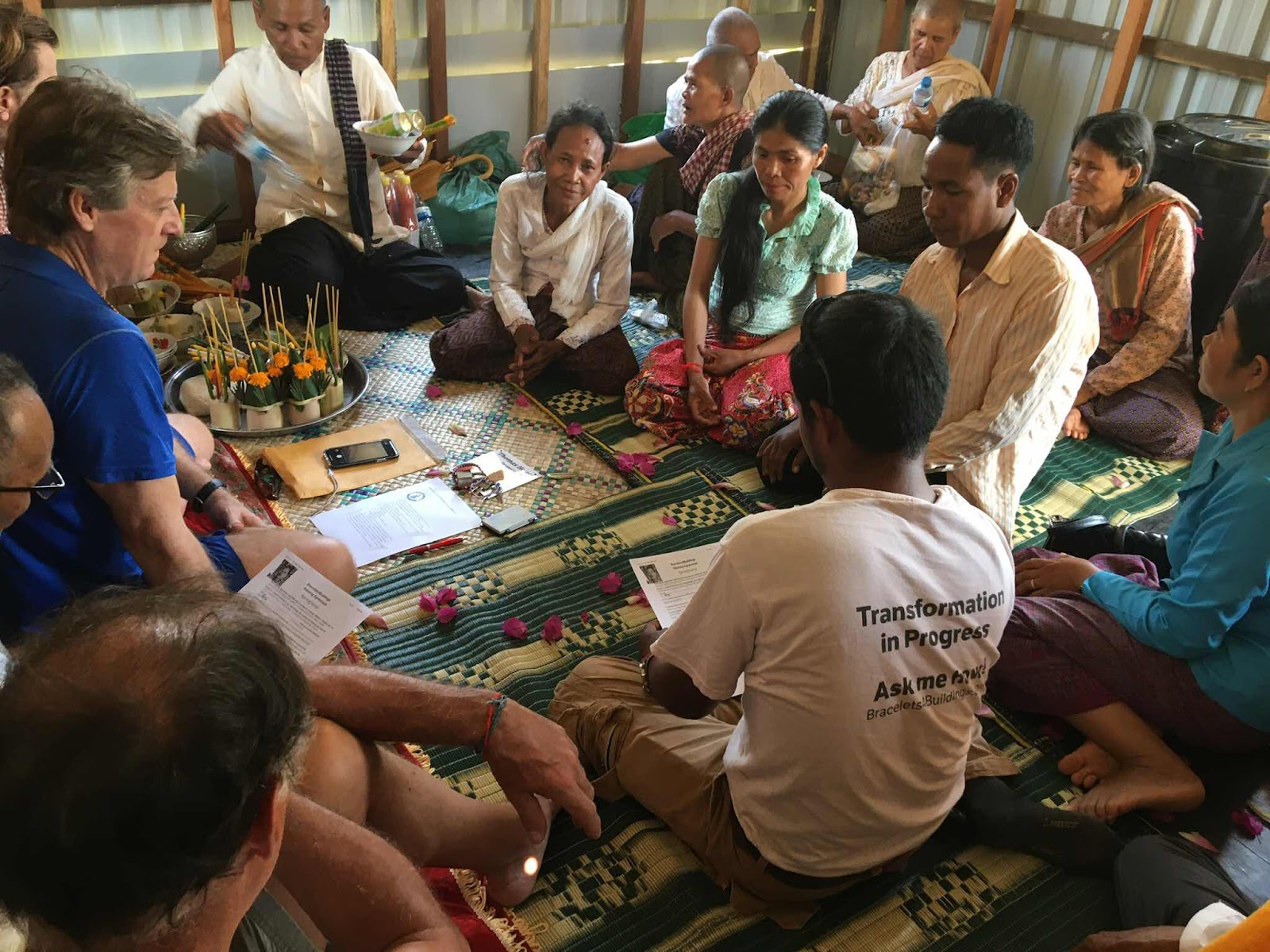 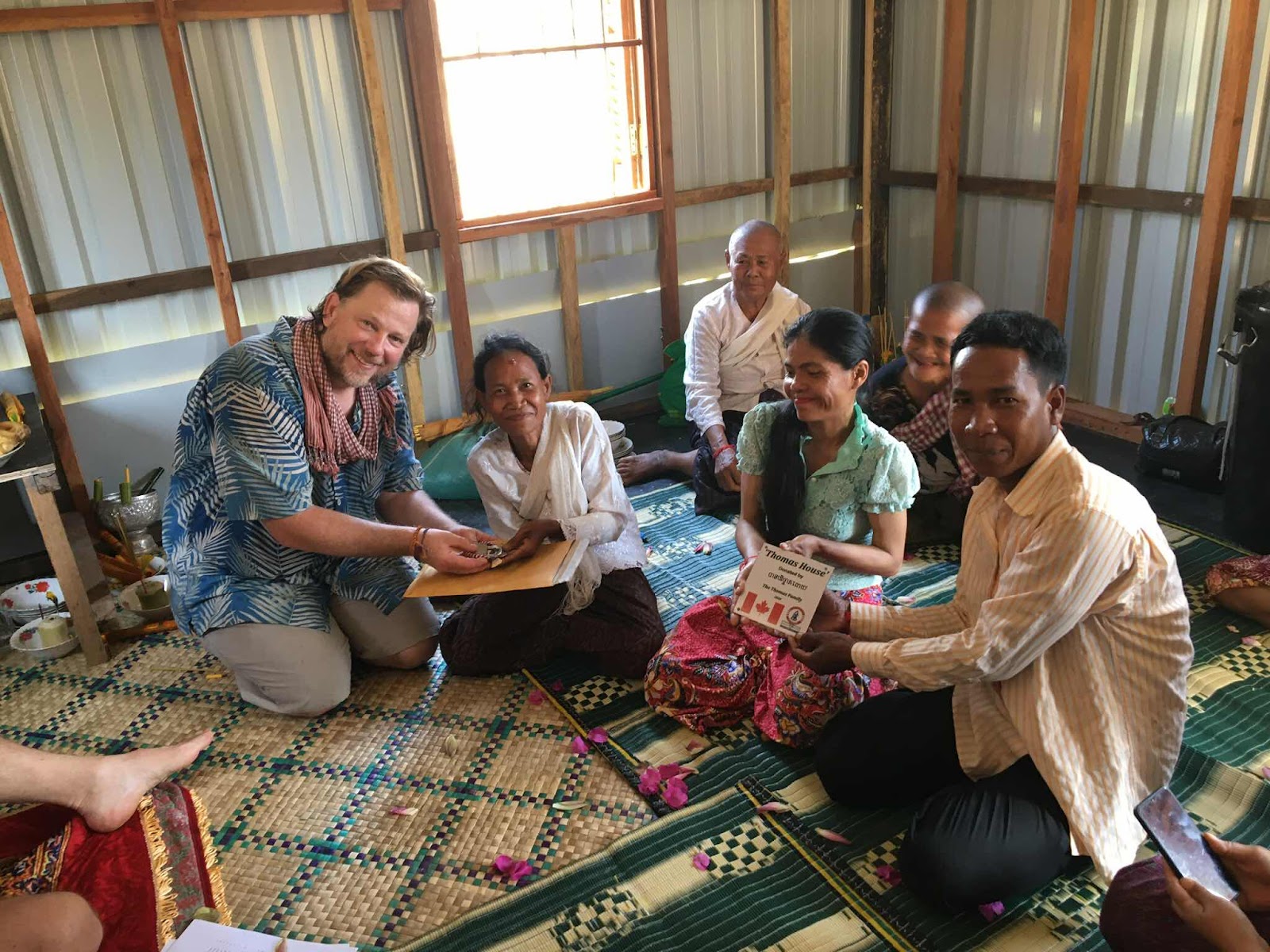 After the signing of the contract and Rob’s presentation of the keys, I was able to give the paintings of the Rooster and the collaborative painting I did with the kids. 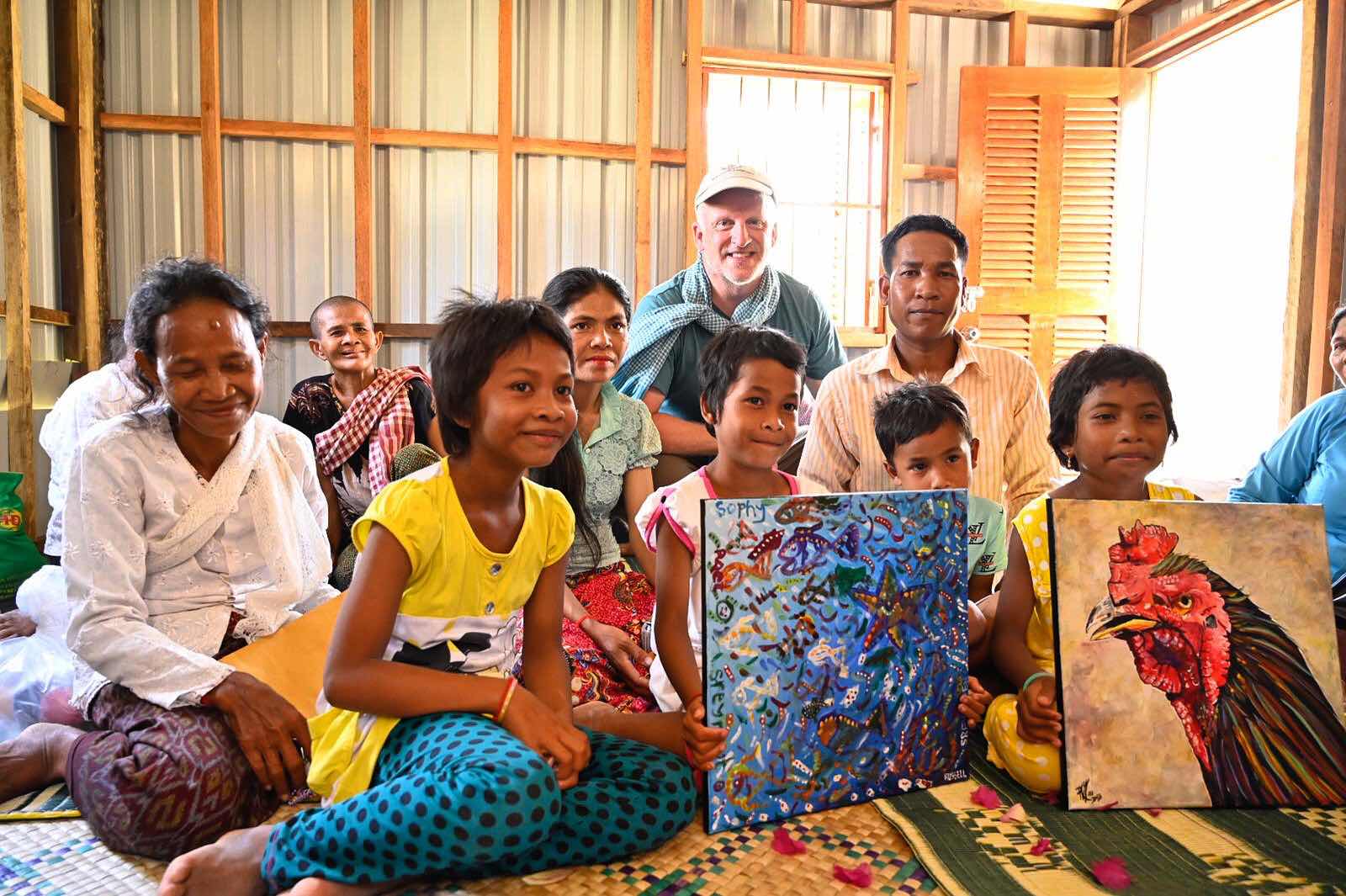 These two families will now embrace their new homes and quickly begin to make them their own.  They will do that by adding things, making use of old material to make enhancements and functional improvements.  Overall though, a total of 11 people will be able to sleep tonight in a new home that will serve them well for decades to come. 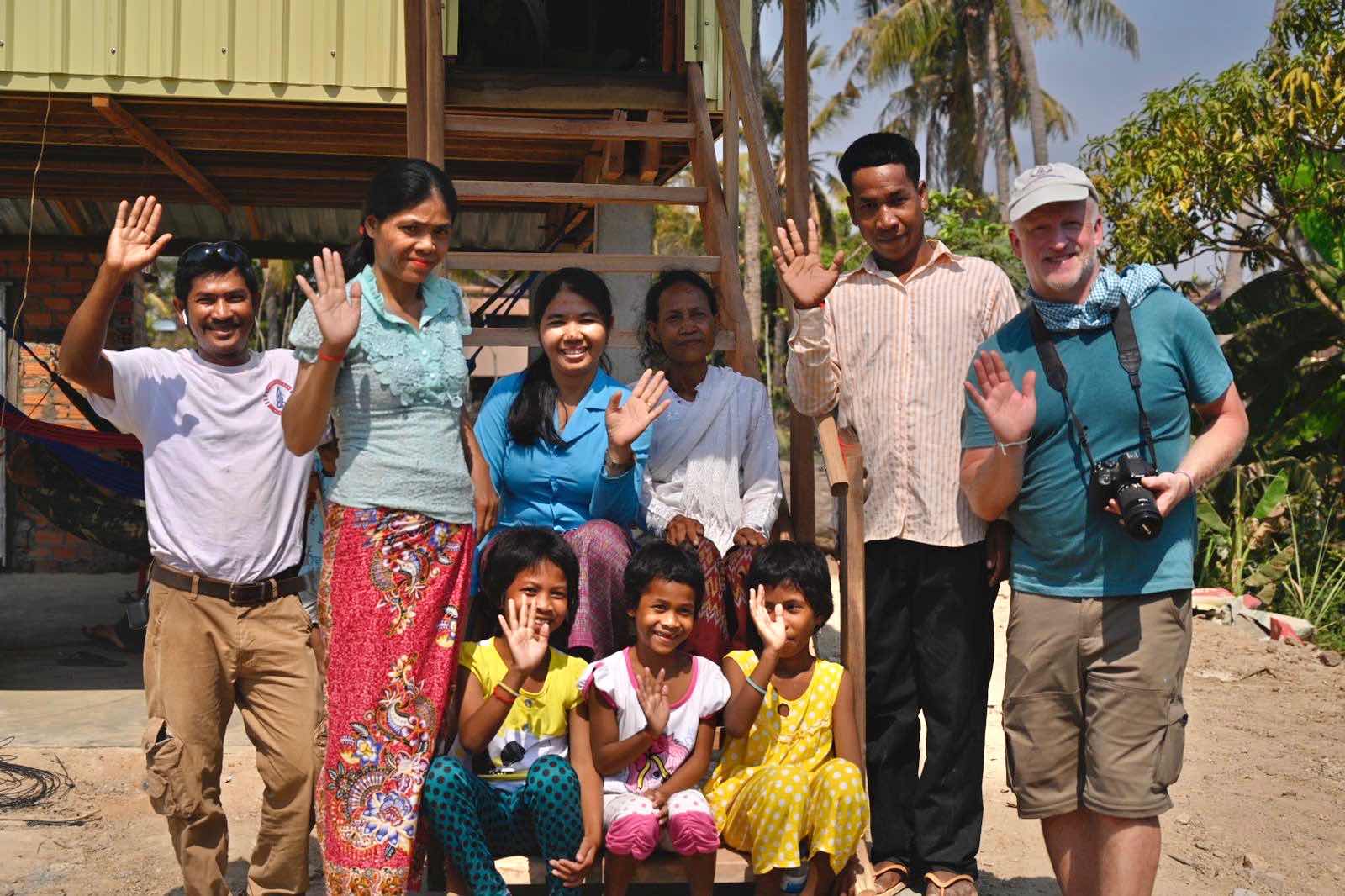 Our day went into a tailspin after we got back.  I got on the phone with Expedia and discovered that my China Eastern Airlines flights got cancelled and that I had to find new flights home.  It created a lot of stress for about an hour and will be a significant financial hit. However, I have a new route home that will take me through Vietnam, Japan and on to Vancouver.  I will arrive home 48 hours later than expected. 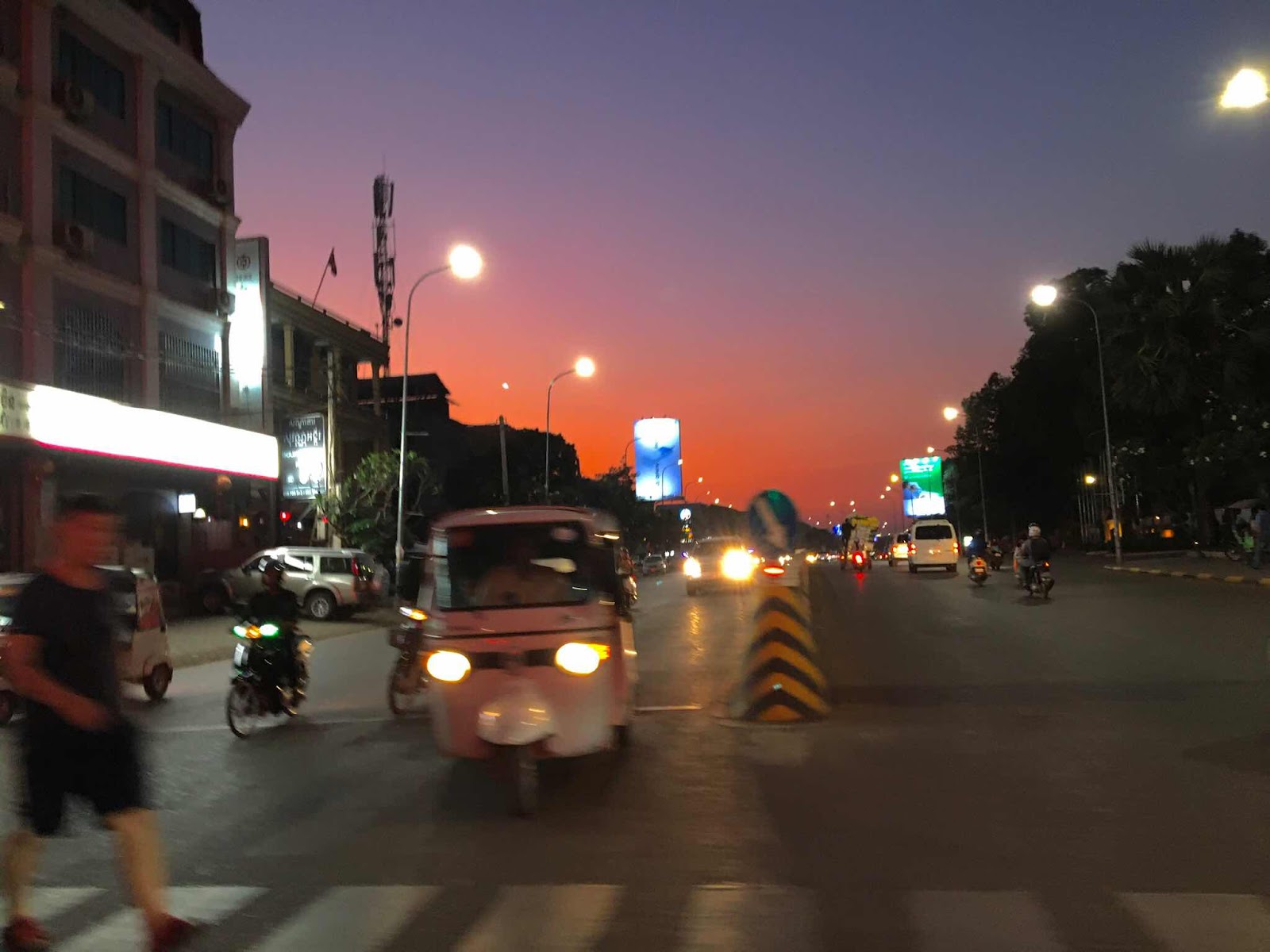 With some extra time in Siem Reap, I’m hoping to relax a little, do some painting and reflect on the last few weeks.  Soon it will be time to return to my regular life in Okotoks.
Email Post