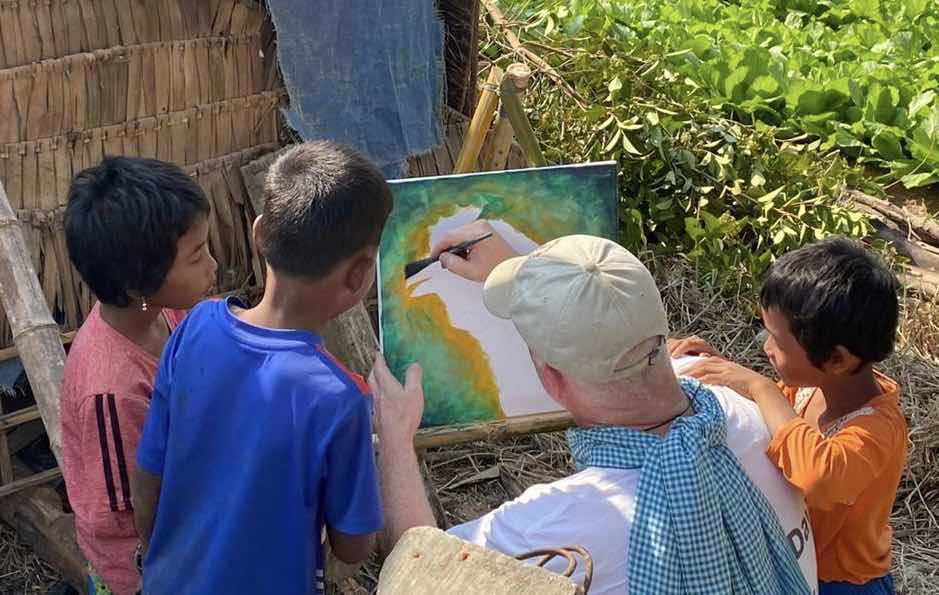 At one point this morning I was painting in the one small patch of shade on the west side of Van’s temporary shelter when I was surrounded by children and one very curious dog.  The only seat I could find was a discarded concrete column lying flat on its side among several others. 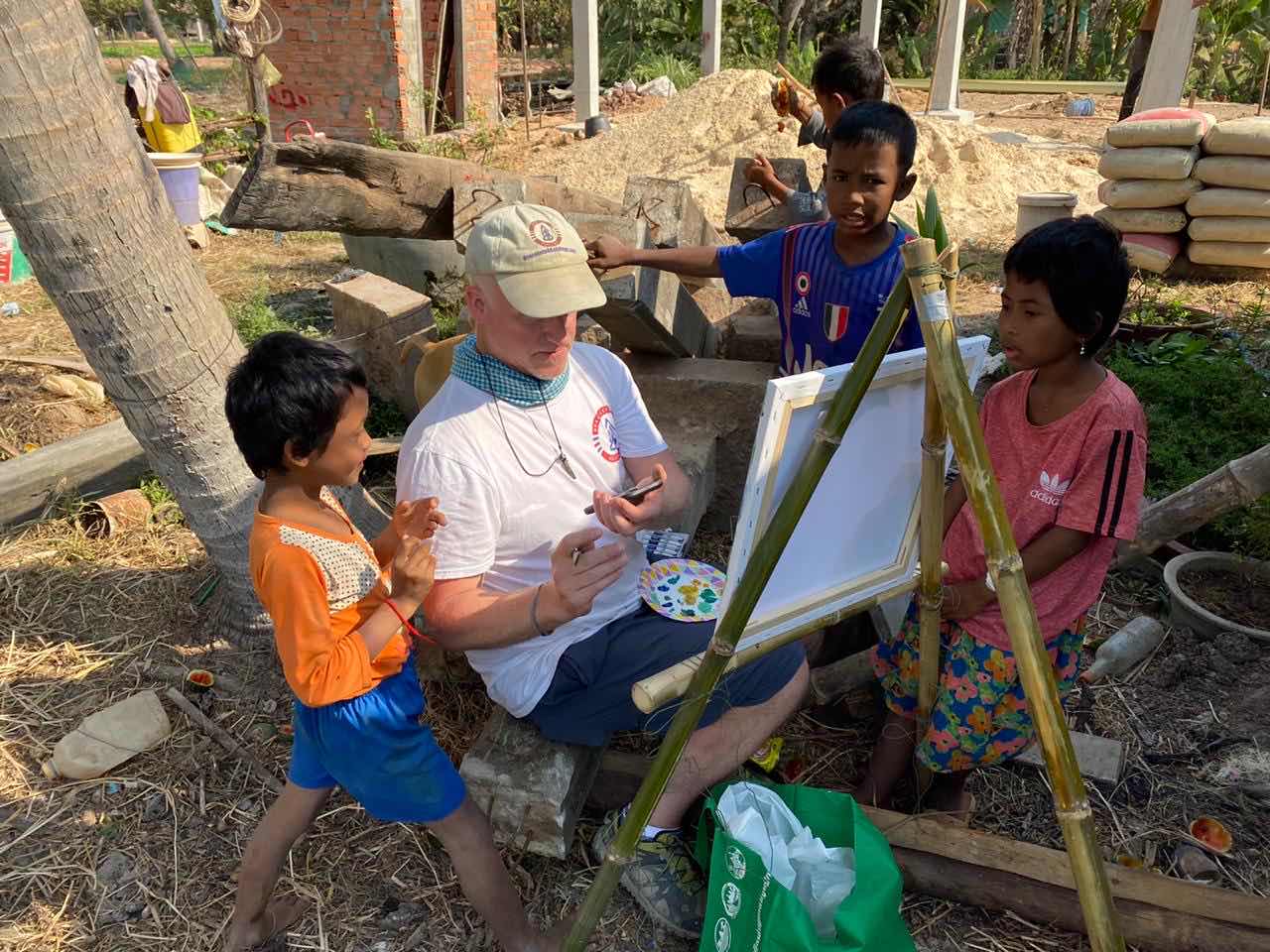 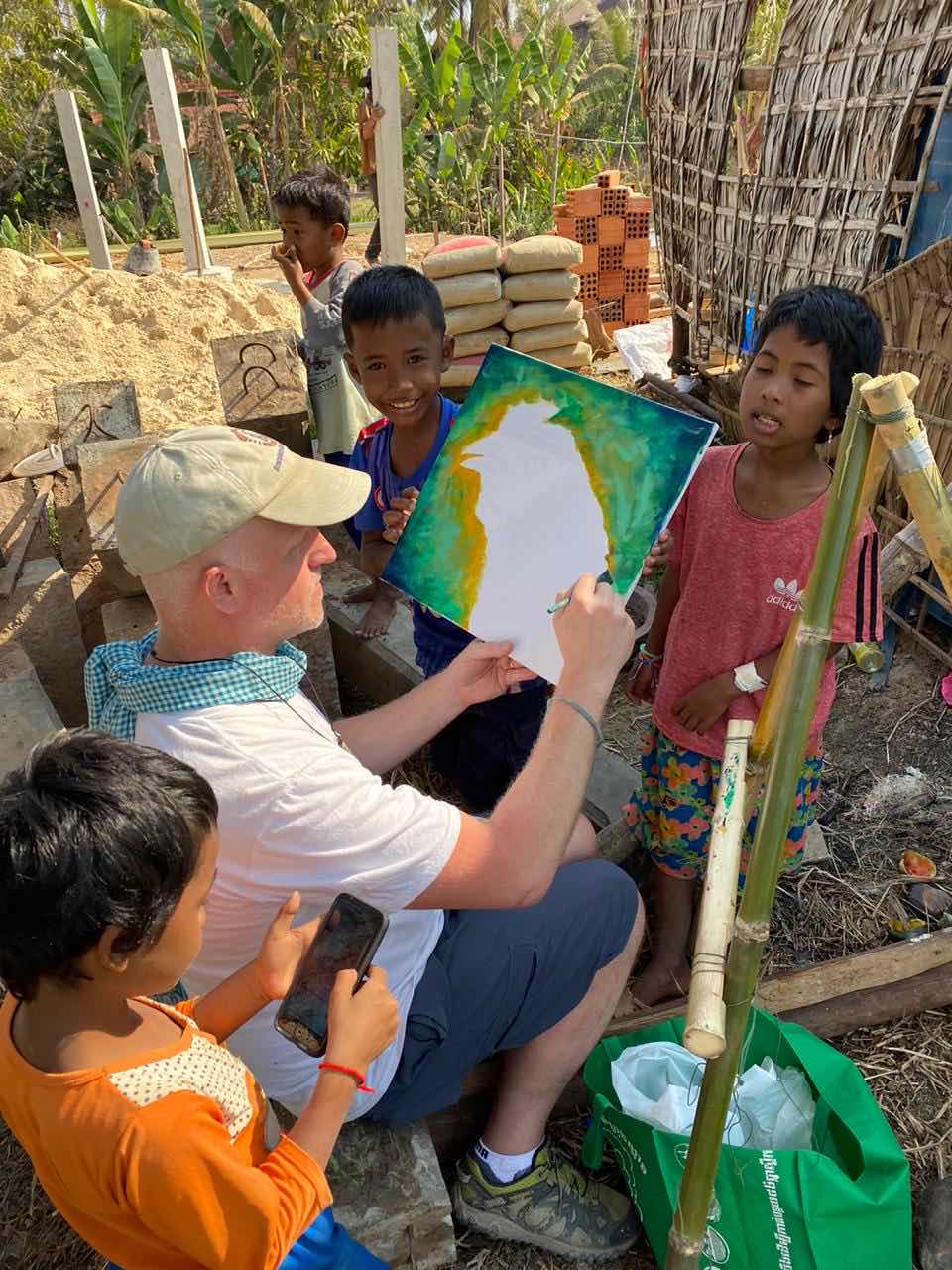 The children, three of Van’s grandchildren and several others who were hanging around, were eager to pick up a brush and contribute to the painting.  The middle girl, 6, didn’t leave my side the entire time. 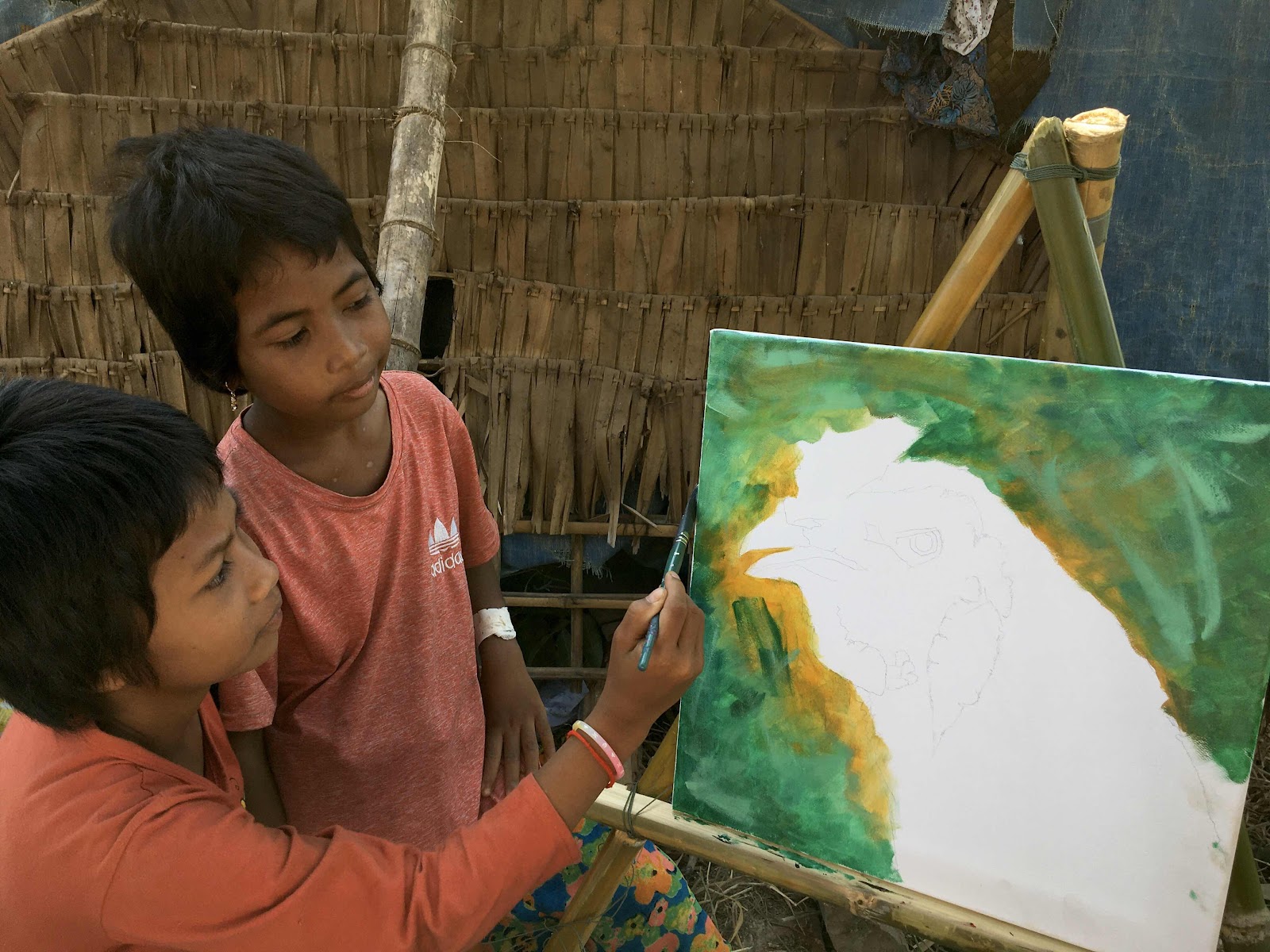 In my time volunteering with Bracelets For Buildings, I’ve often found myself surrounded by kids, especially when I am painting.  They seem to feel drawn to me for some reason.  They were very happy to know that I would be back the next day. 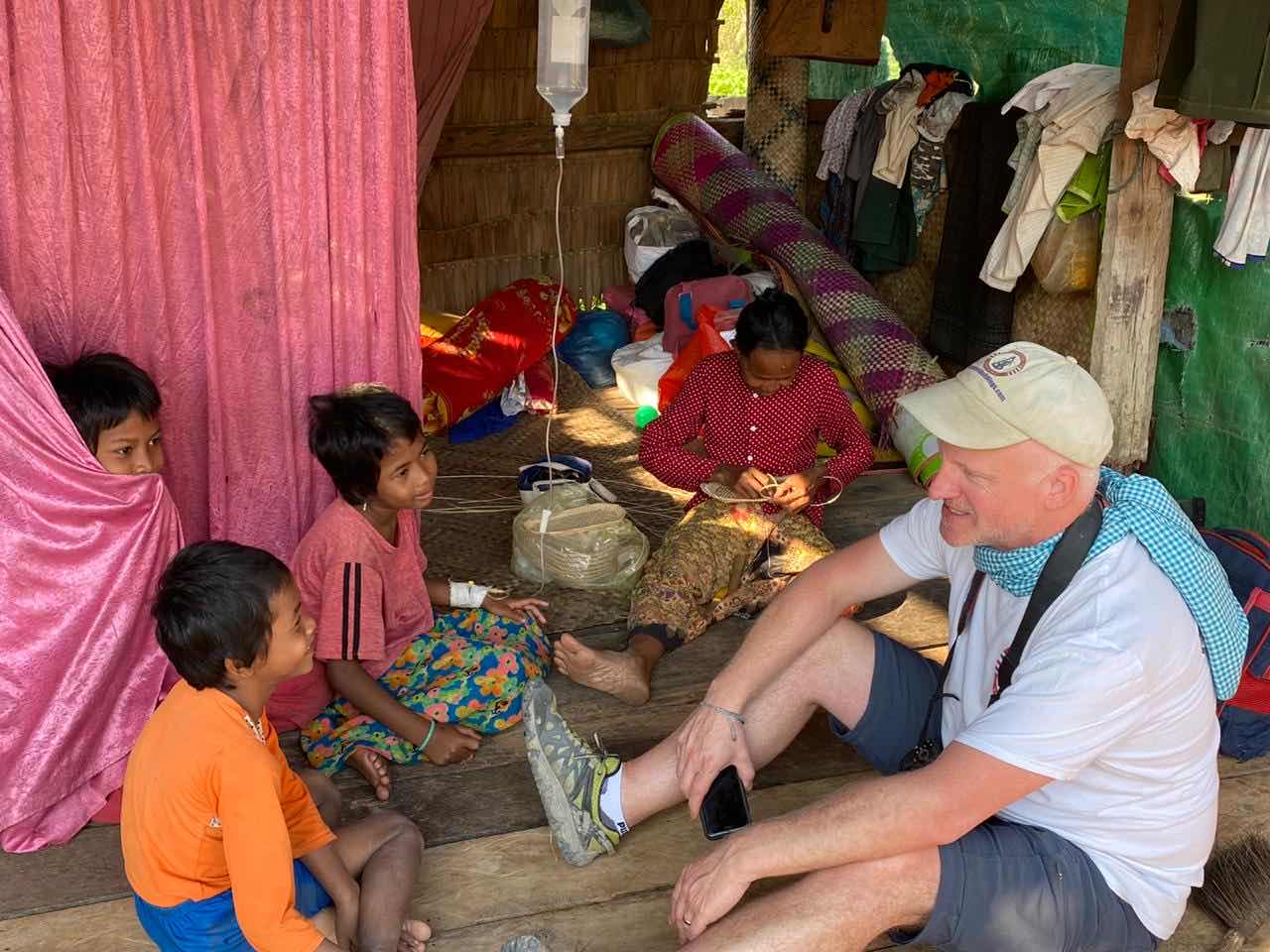 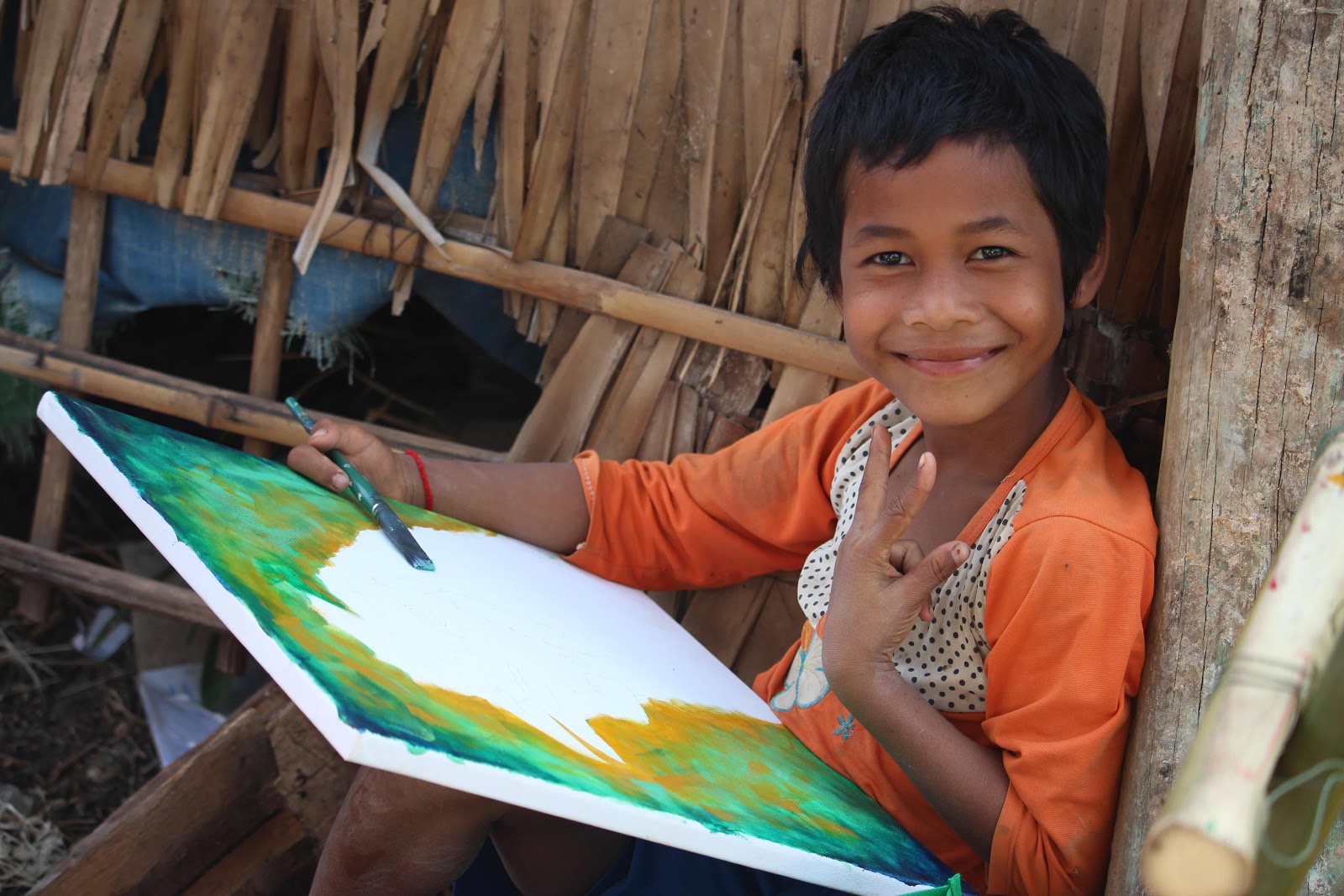 “Tomorrow, tomorrow and the tomorrow after that,” I said, as the oldest child broke out in a big smile. 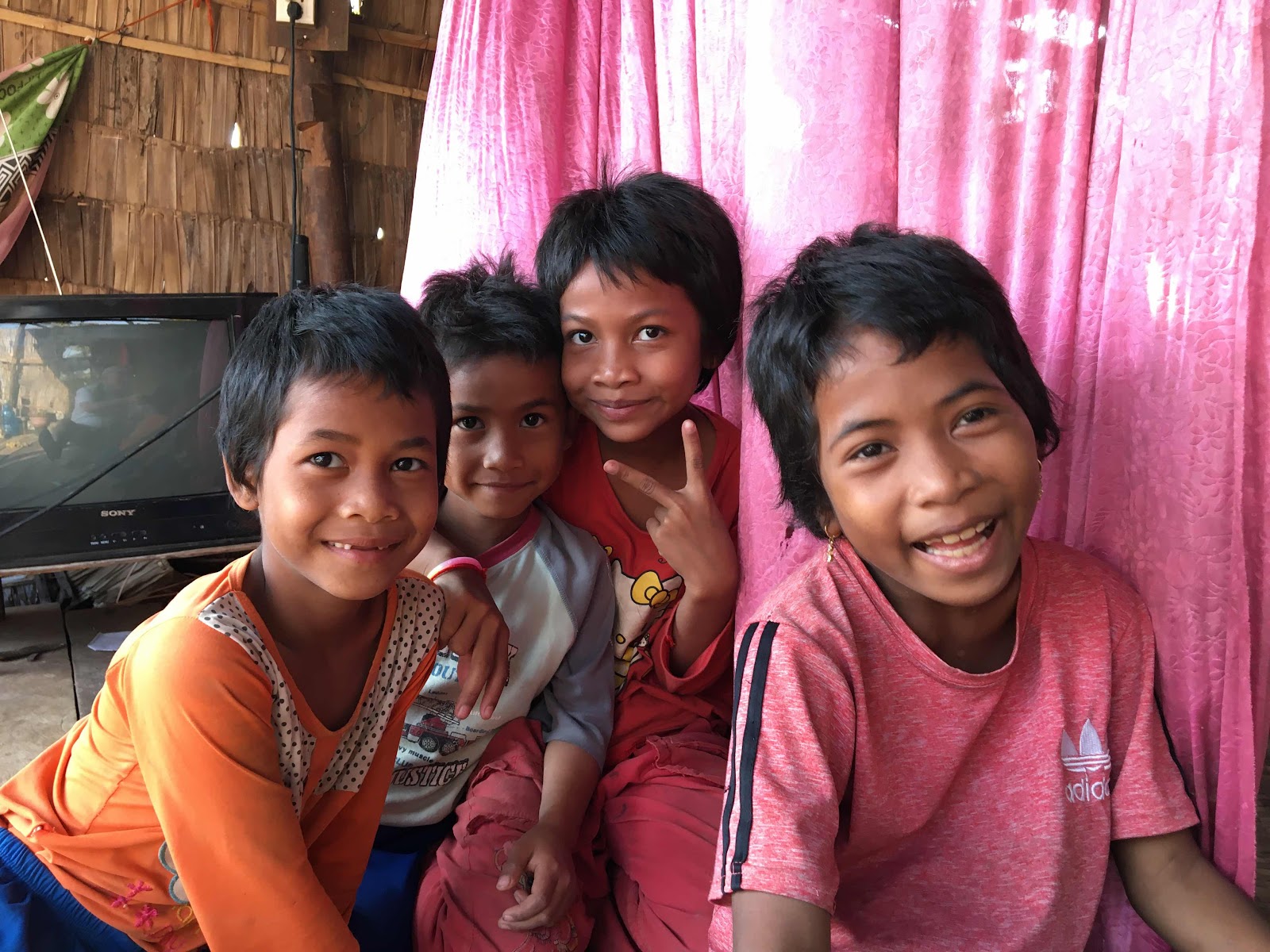 The biggest advantage of doing stick built homes is that we get to spend several days with the families.  Even though we speak different languages, our differences become our greatest connector as we exchange words and make extra efforts to communicate. 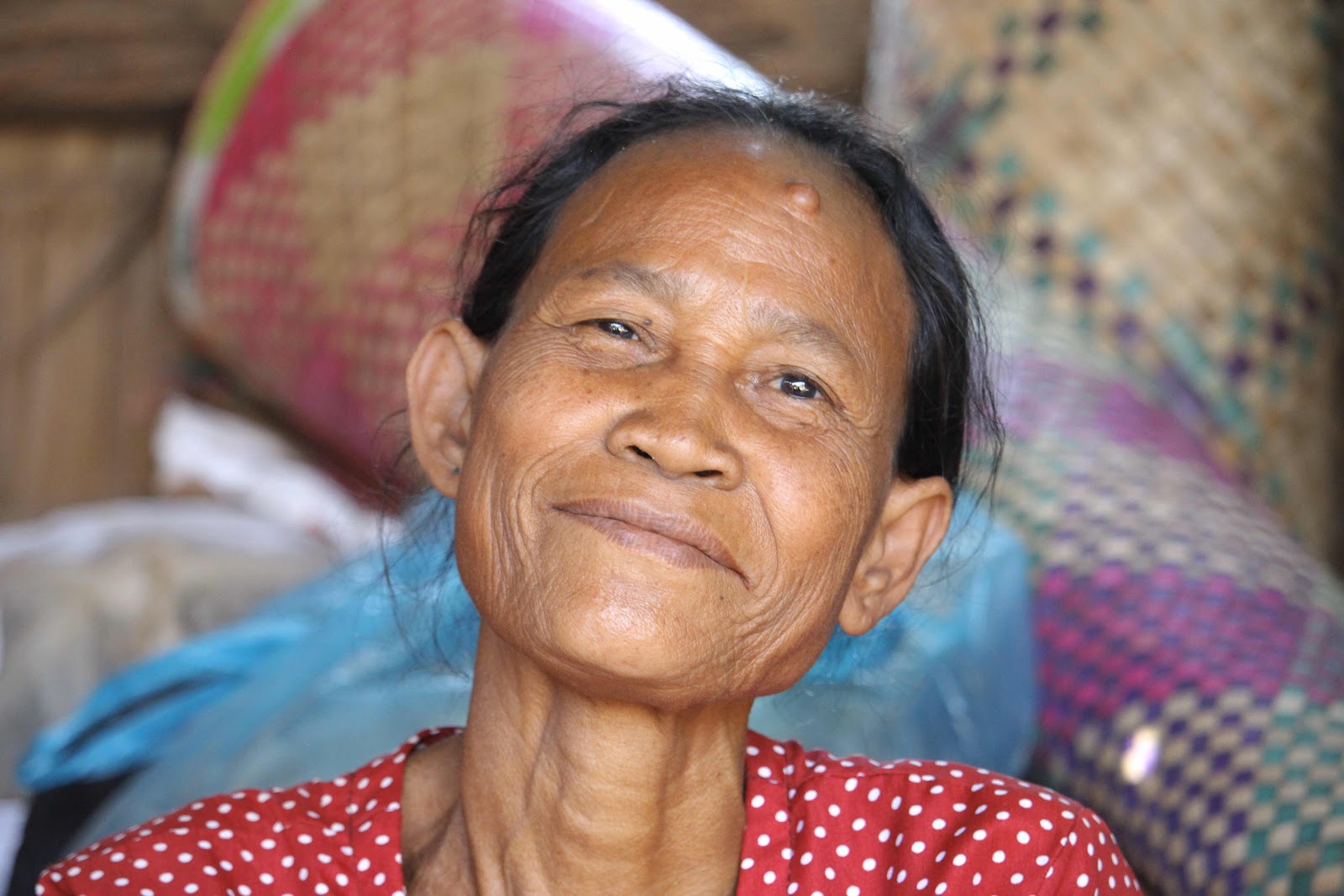 Van sat in the shelter the whole time we were there, making beautiful woven trays.  It is obviously her main source of income; she sells them for $1.50 USD each.  She is the grandmother, recently widowed as her husband passed away late last year. 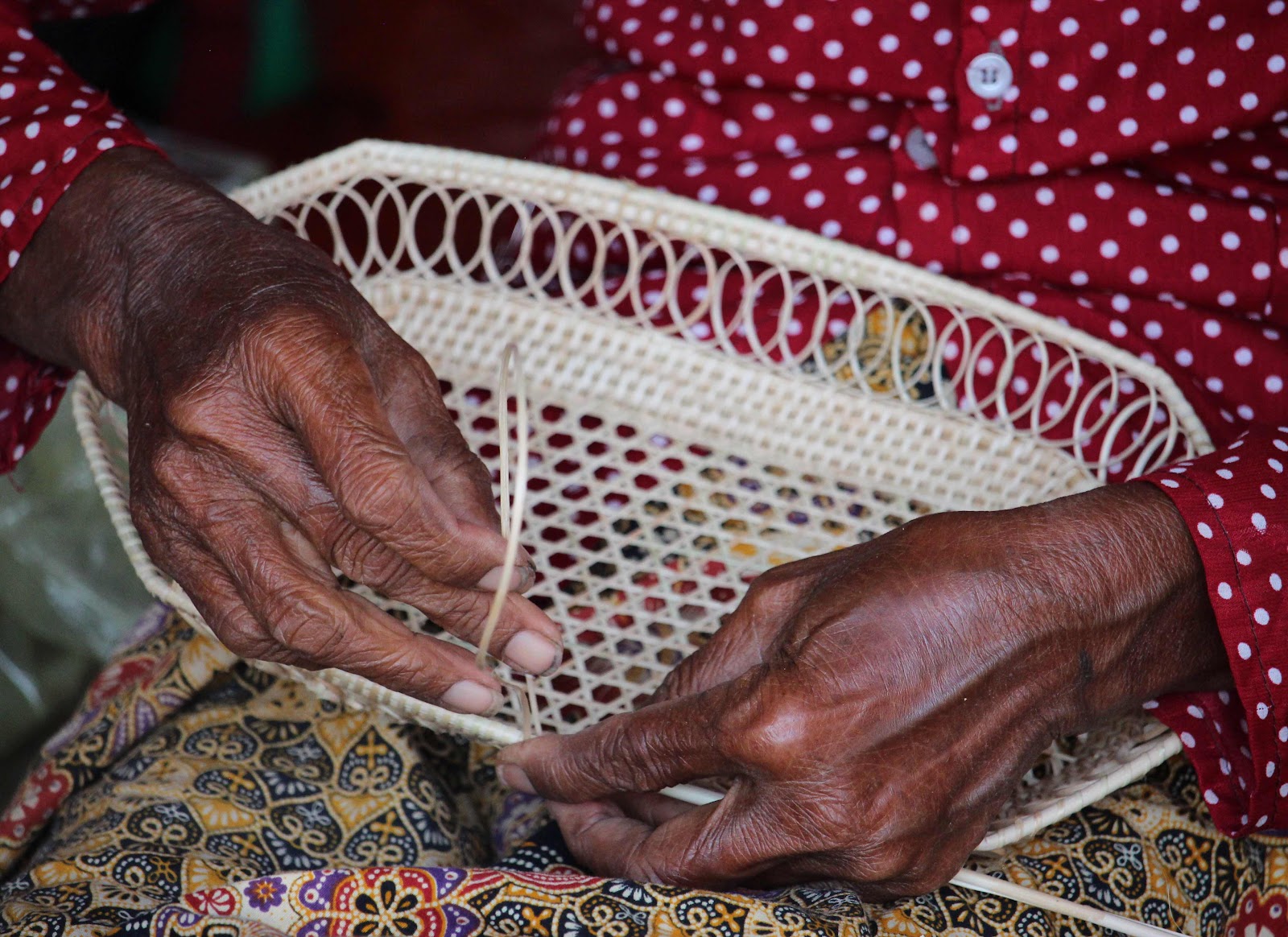 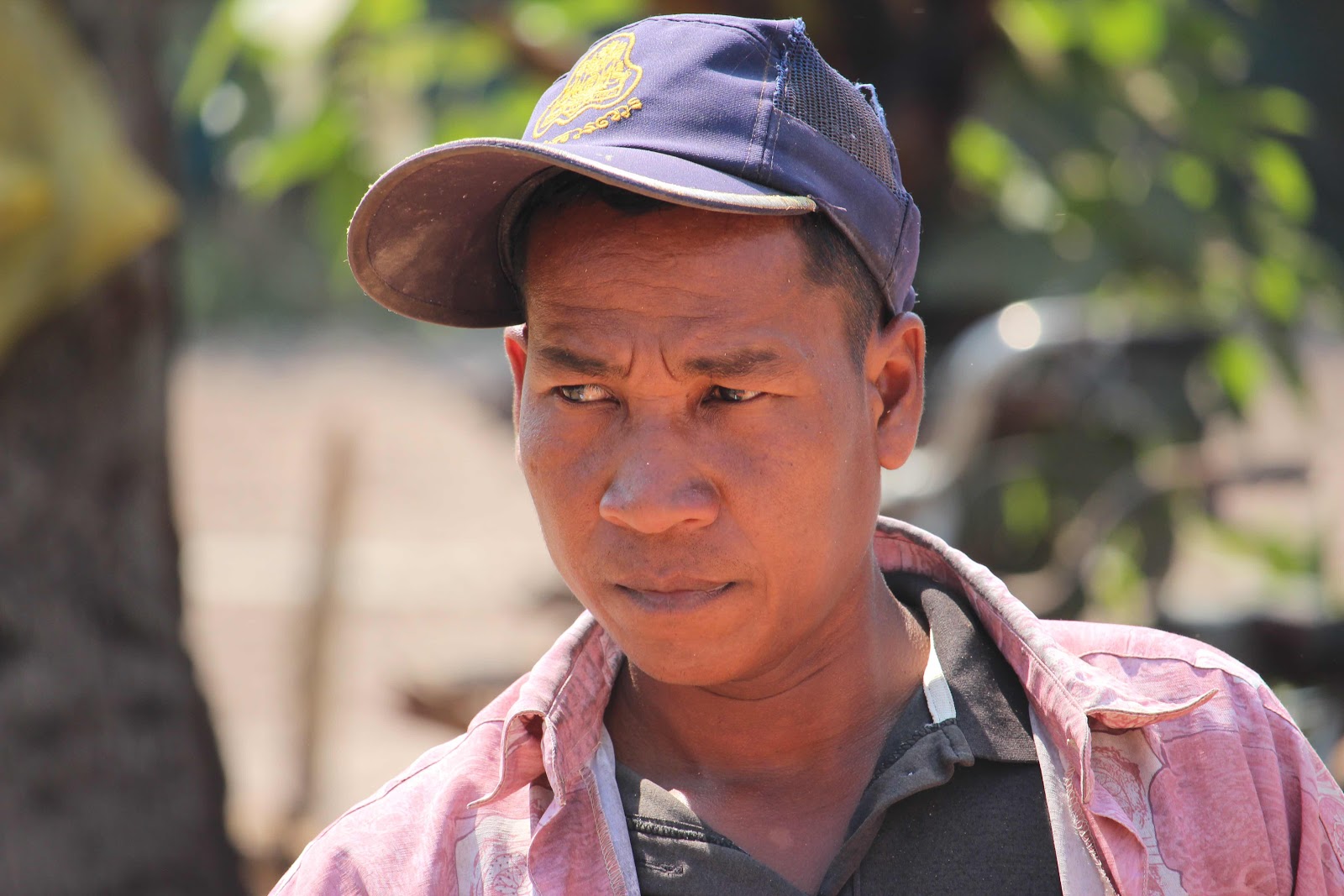 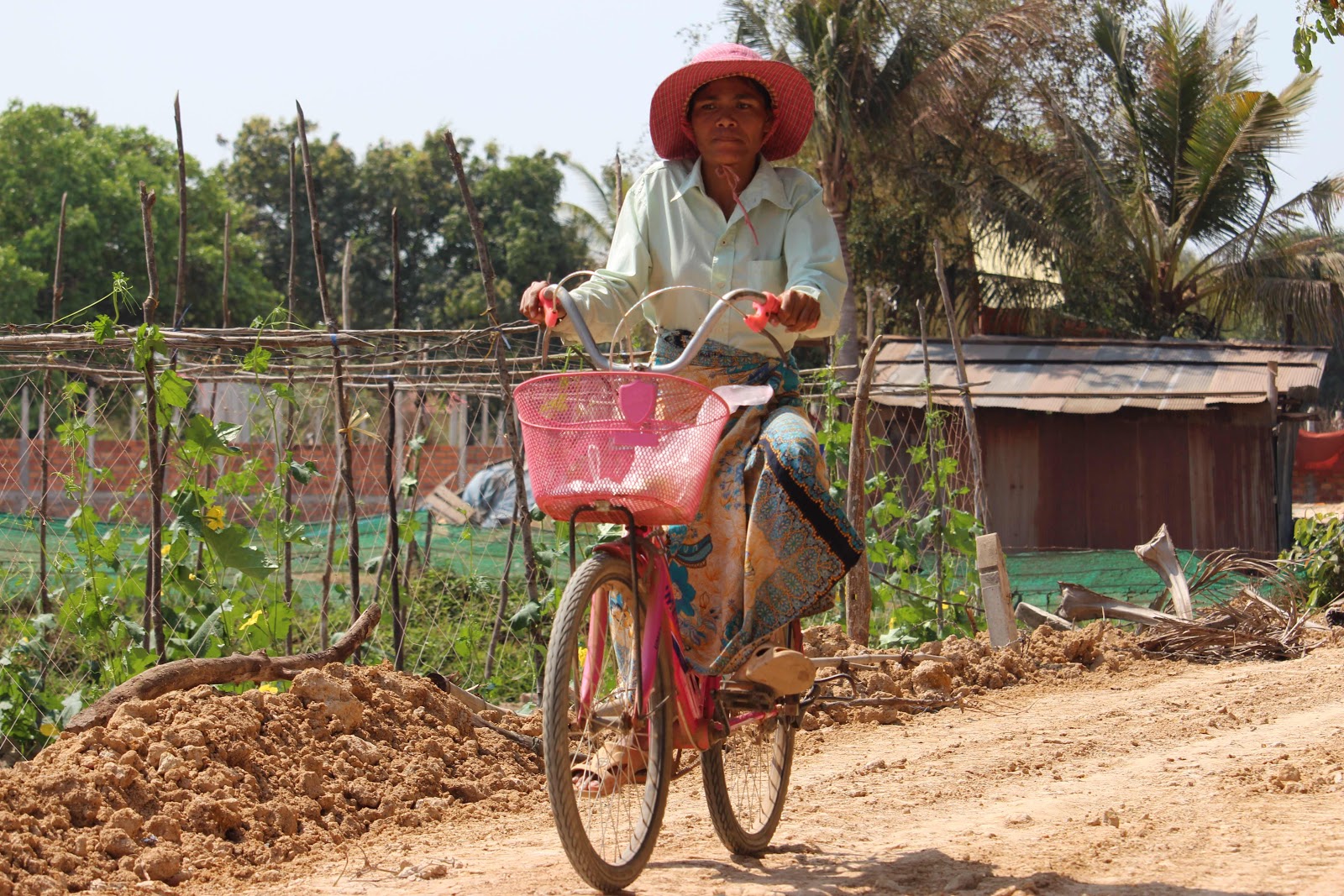 We did some under painting work together on the rooster painting before I decided to let everything dry and take a break.  The heat was already making the painting process extremely difficult.  I needed the controlled conditions of the condo to put the finishing touches on the background before starting in on the rooster. 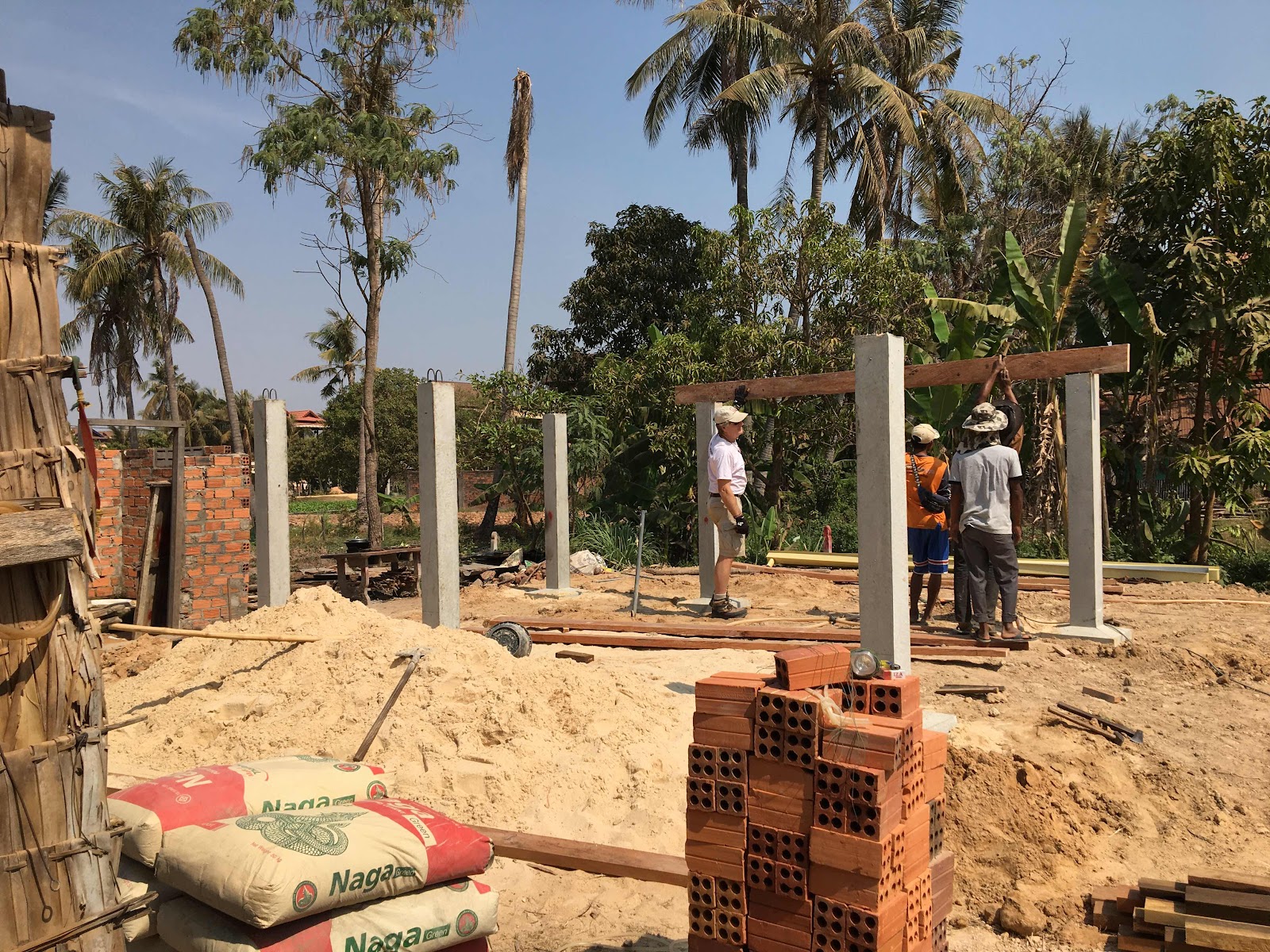 Kent and Rob were both not feeling one hundred percent, so we decided to only spend the morning out in the village.  They both needed the security of good bathroom facilities and a bed.  I was happy to get out of the heat, have a nap and work on the rooster. 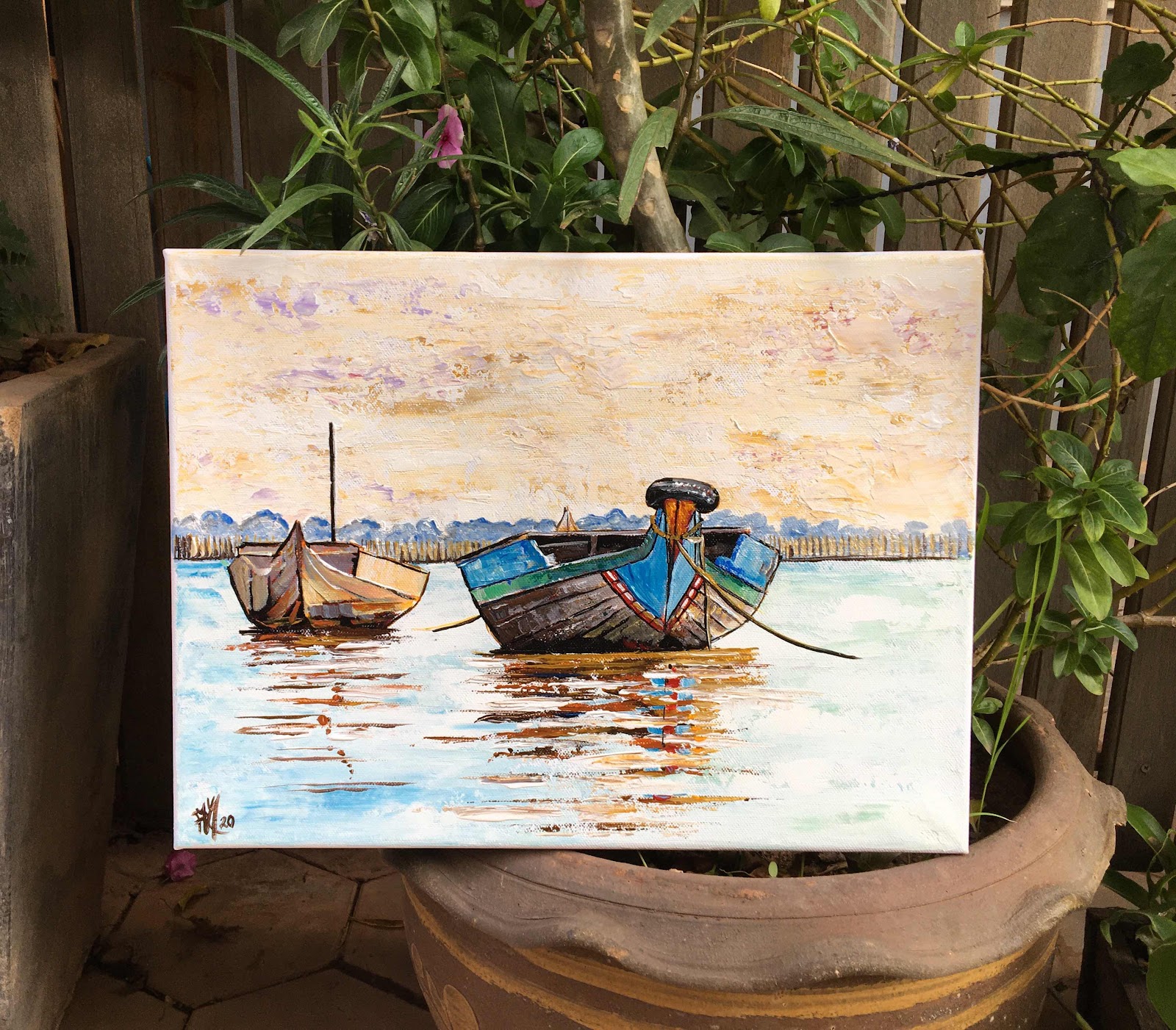 By late afternoon, I was able to put the rooster painting aside and finish the painting I had started the day before of the boats.  This one has a very Asian feel to it, which is very different from what I normally do.  I quite like it.
Email Post