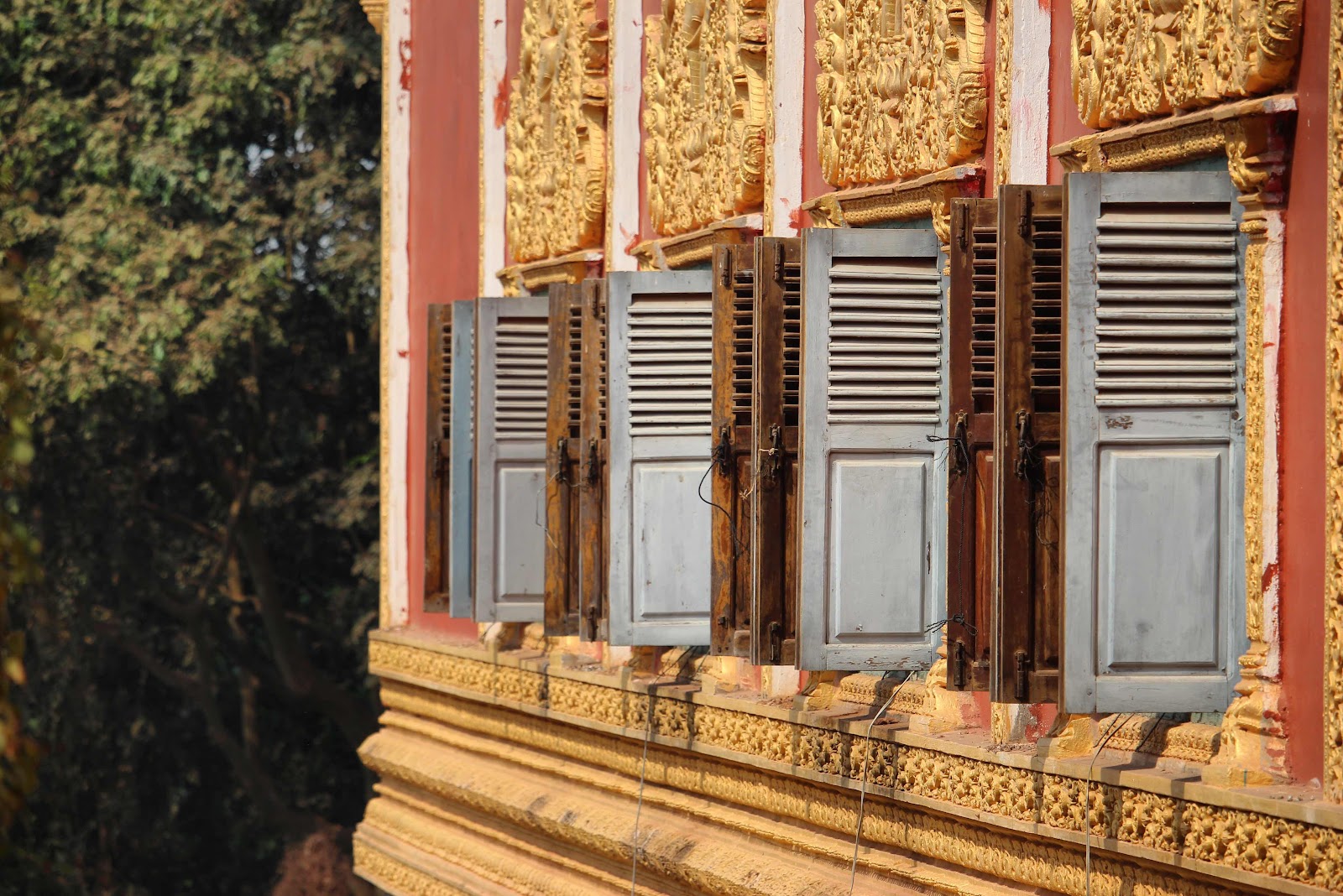 In 2017, Heather and I took a trip to one of the Siem Reap area’s floating villages, followed by a “romantic” sunset cruise and dinner. 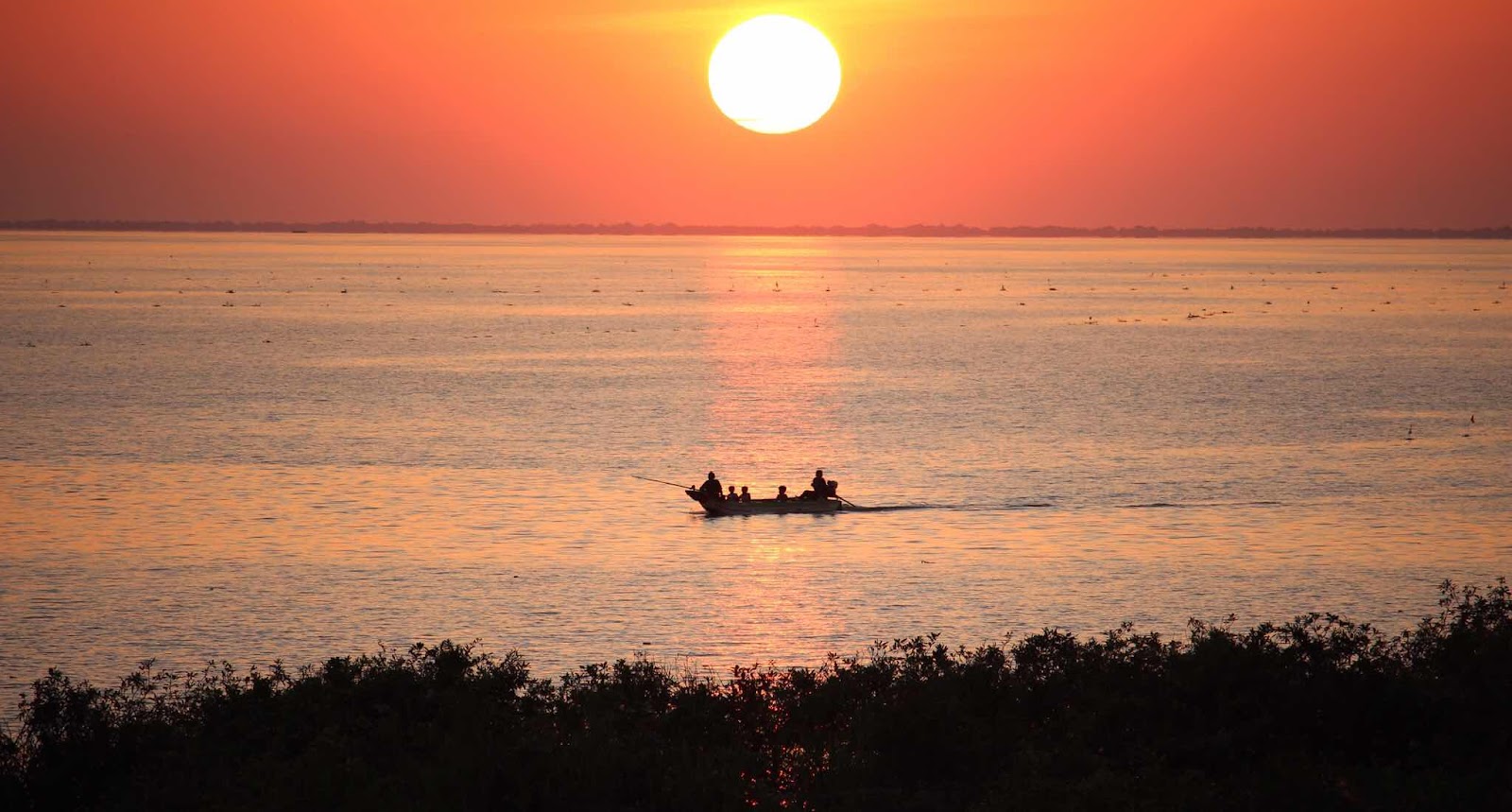 It was December, and the village still appeared to be floating as it was only the beginning of the dry season. 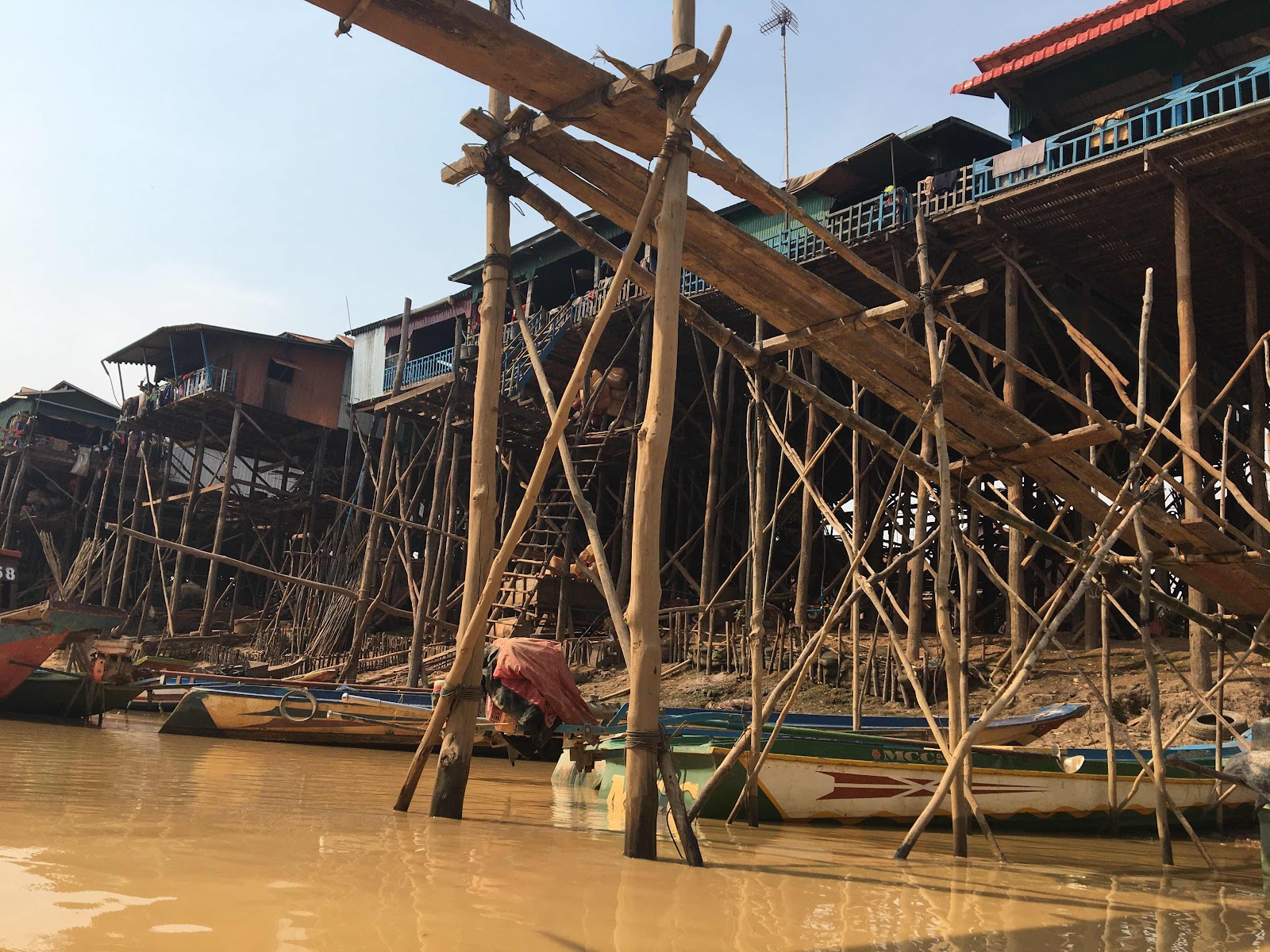 When Rob and I went out yesterday, two and a half months further along into the dry season, and the floating village turned out to be a lot of houses, shops, churches and schools on stilts.  The water had receded so much that the ground beneath the buildings was fully exposed.
Tonle Sap Lake is a larger freshwater river that expands and contracts with the wet and dry seasons.  It is the lifeblood of the country, providing food and irrigation for much of the nation.  The floating villages are built in such a way that when the water is super high, they appear to be be floating. 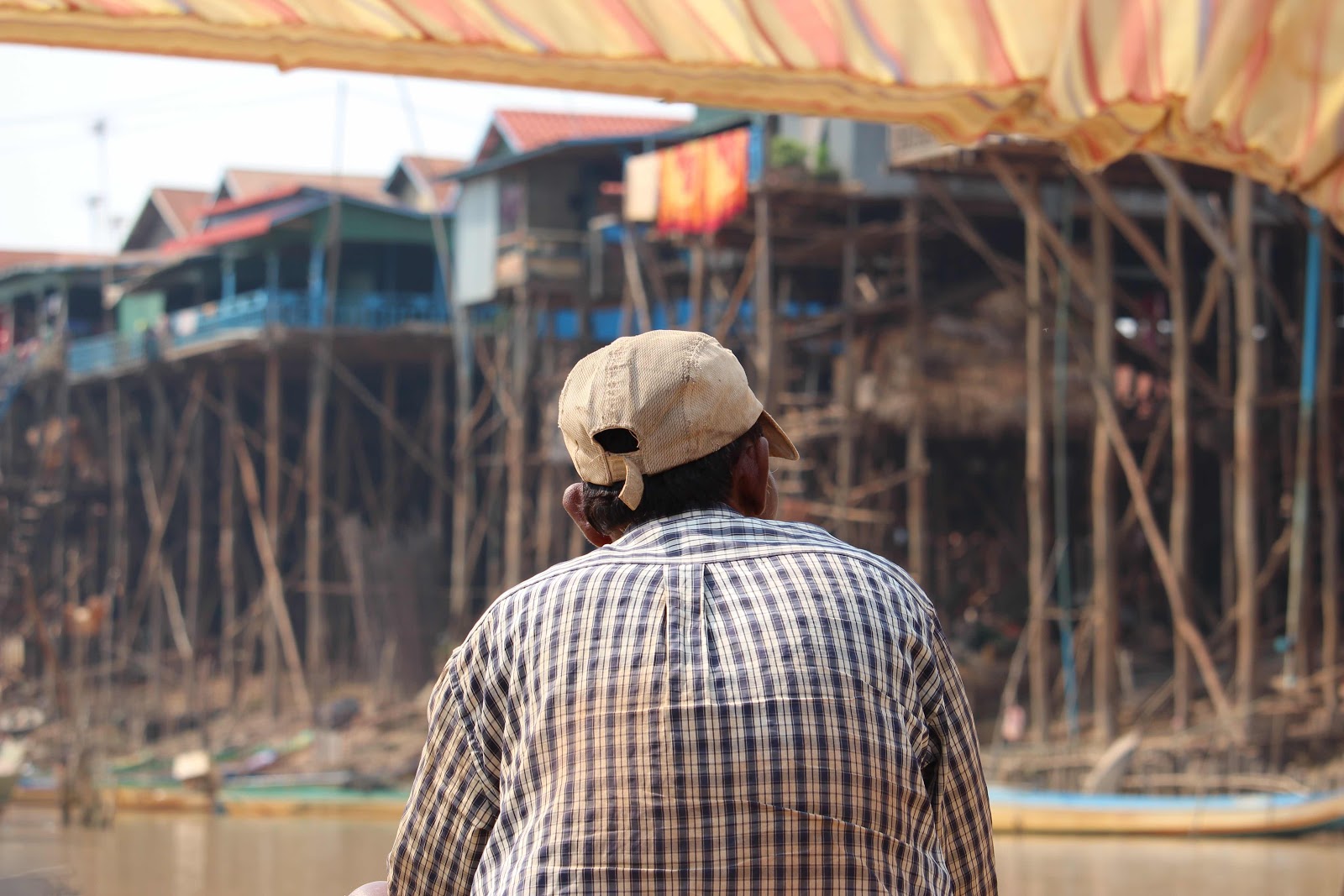 As the water in the channel leading out to the big lake is so shallow, we were relegated to a smaller boat with a driver in the back and navigator in the front.  I liked the experience of being closer to the water and the freedom to photograph things on either side of the boat.  That was not the case with the larger boat in 2017. 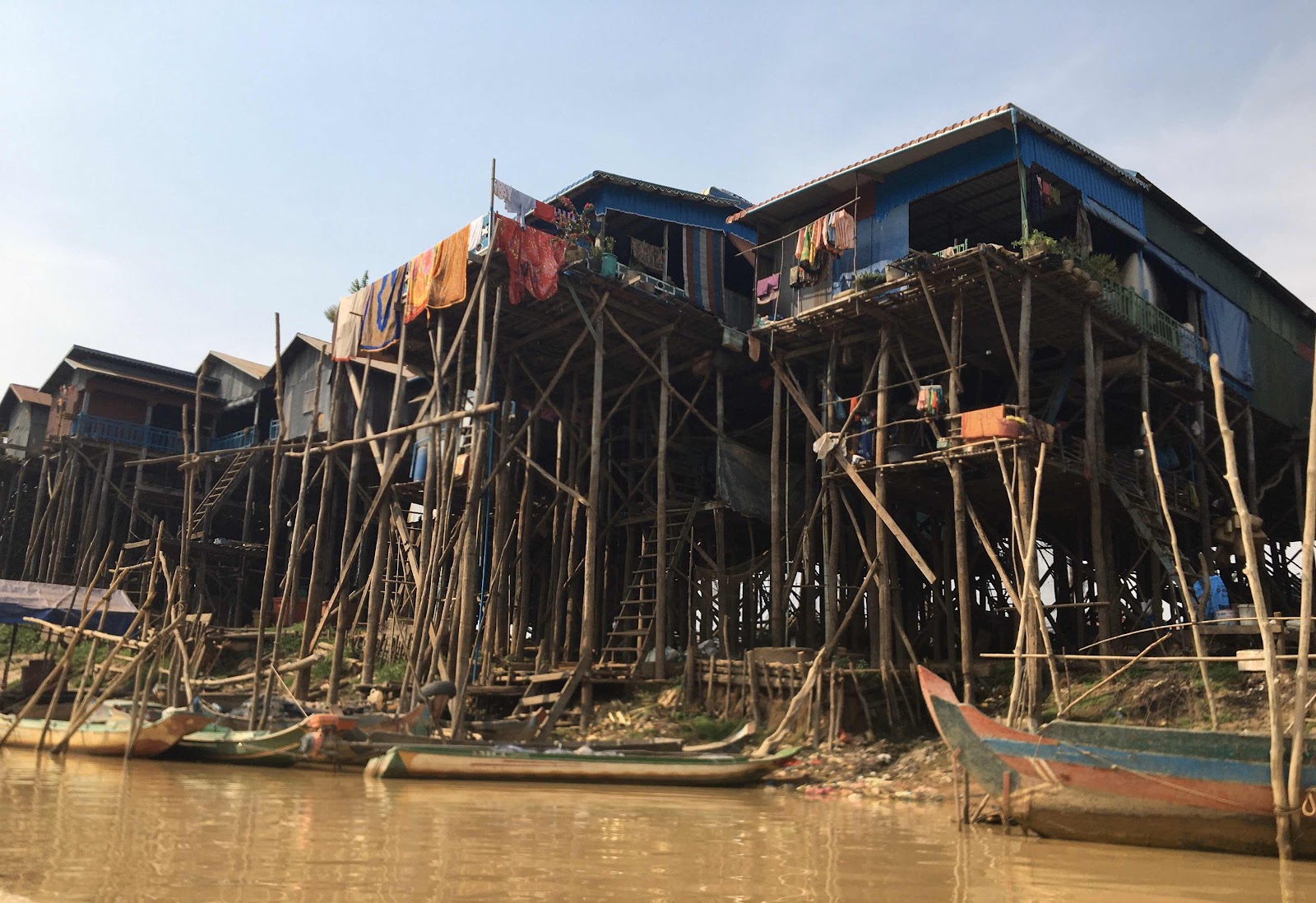 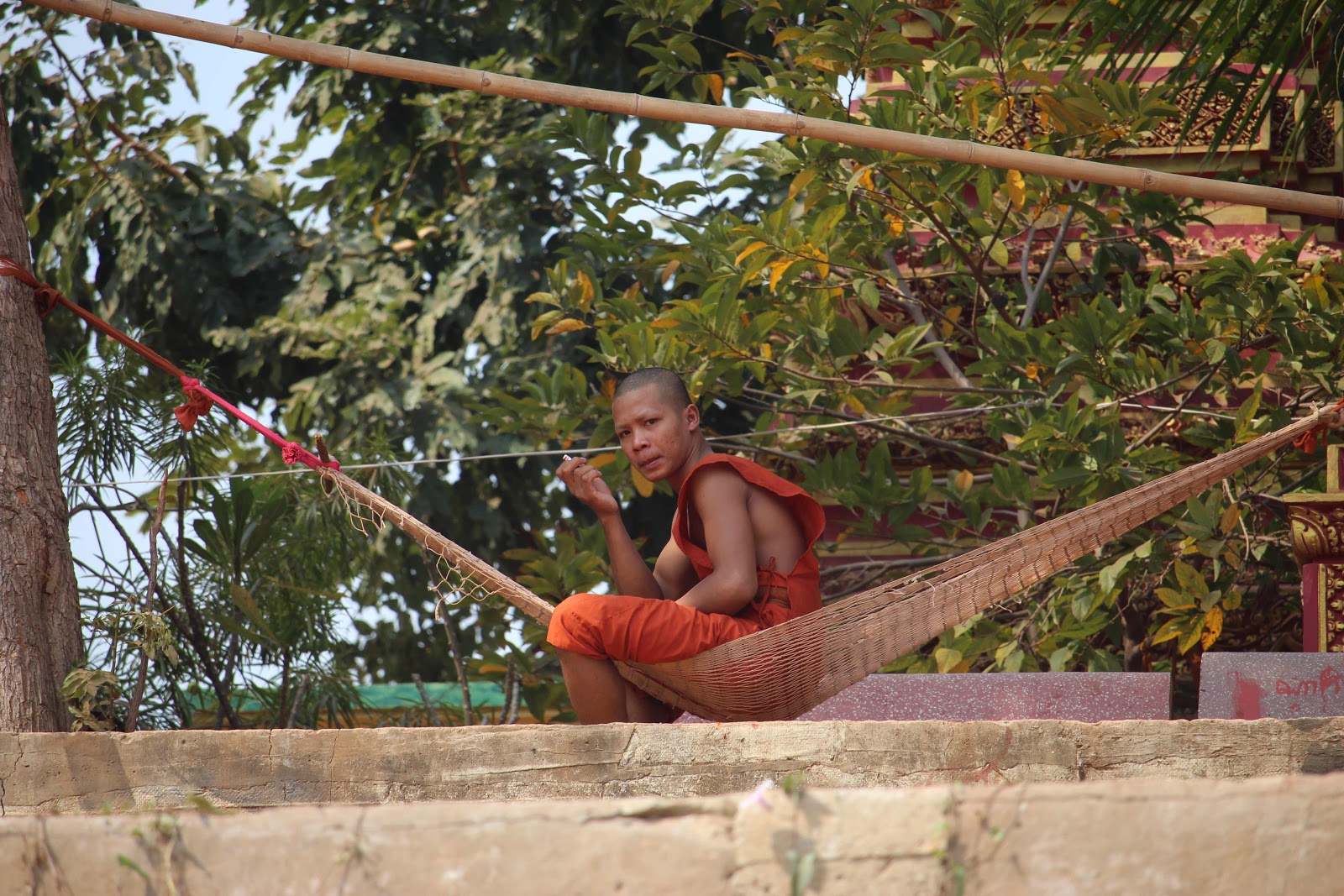 Our first stop was the local Buddhist temple.  In my view, if you’ve seen one temple you’ve seen them all.  After touring at least a dozen in the last three years, the architectural details no longer interest me.  It is the people that catch my attention. 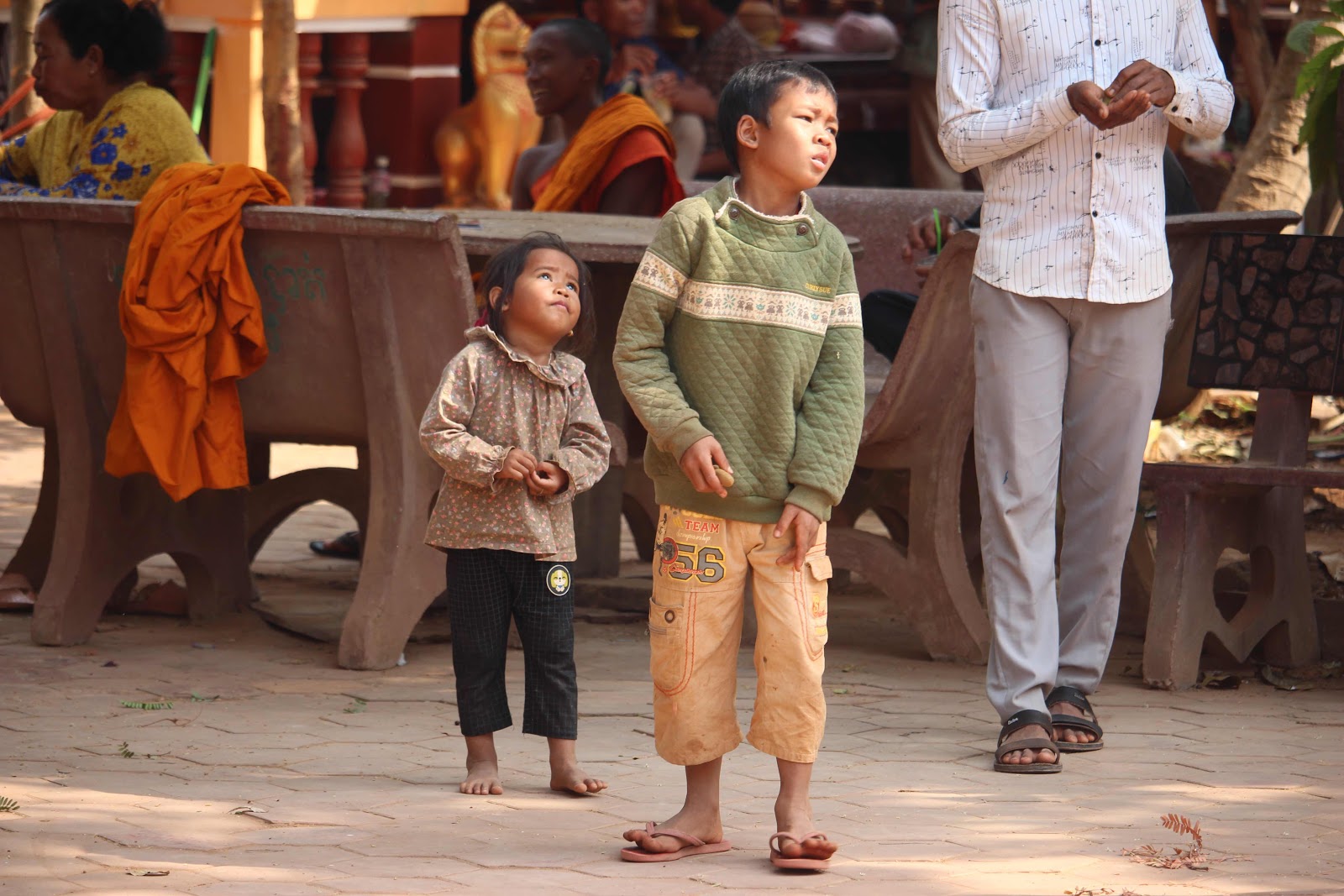 Yesterday’s draw was a small grouping of young monks playing in the shade with some locals.  One of the monks was using a long bamboo stick to shake some things loose from the tree above.  As I got closer, they appeared to be pods of some kind, a little like a peanut shell, only softer and smoother. 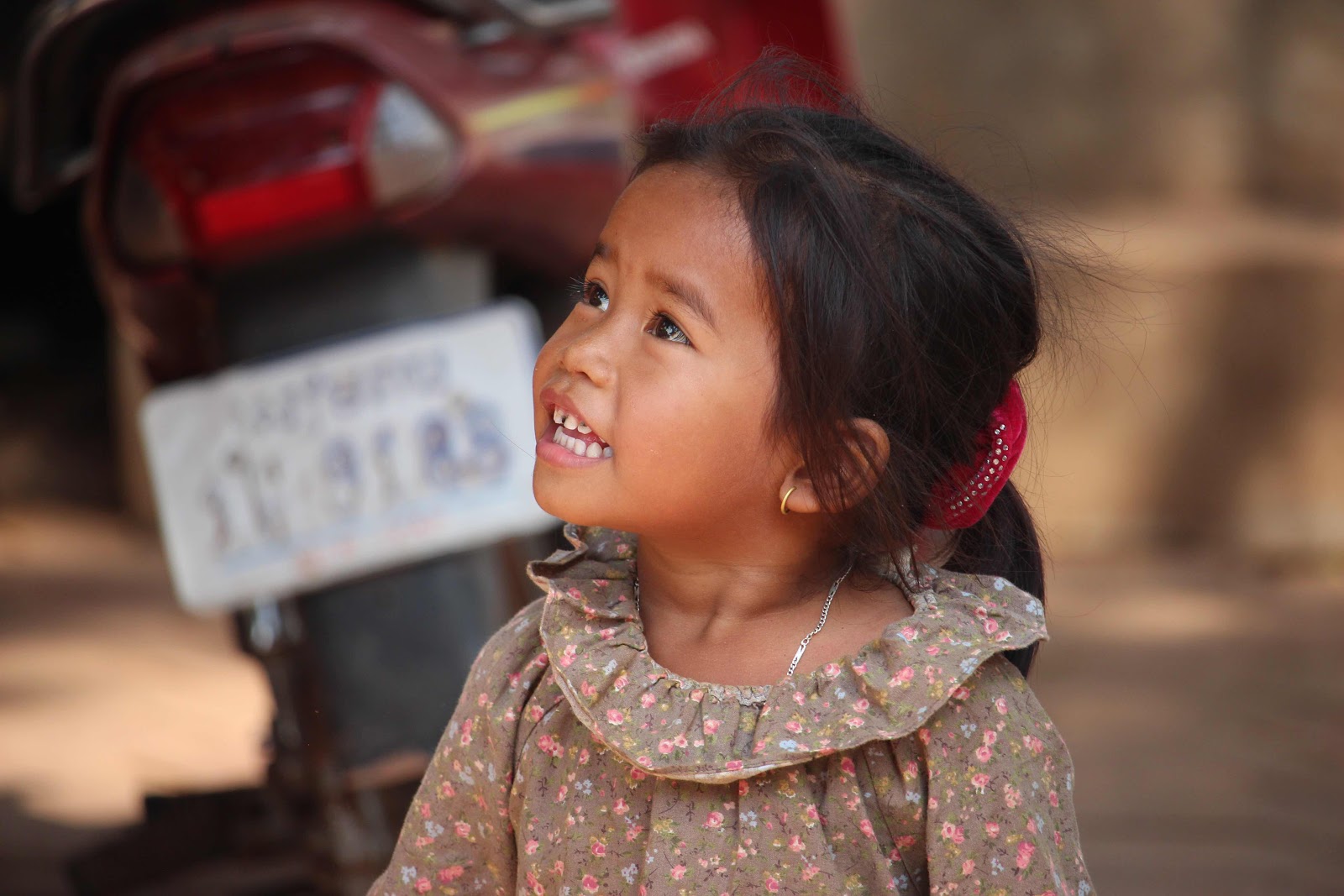 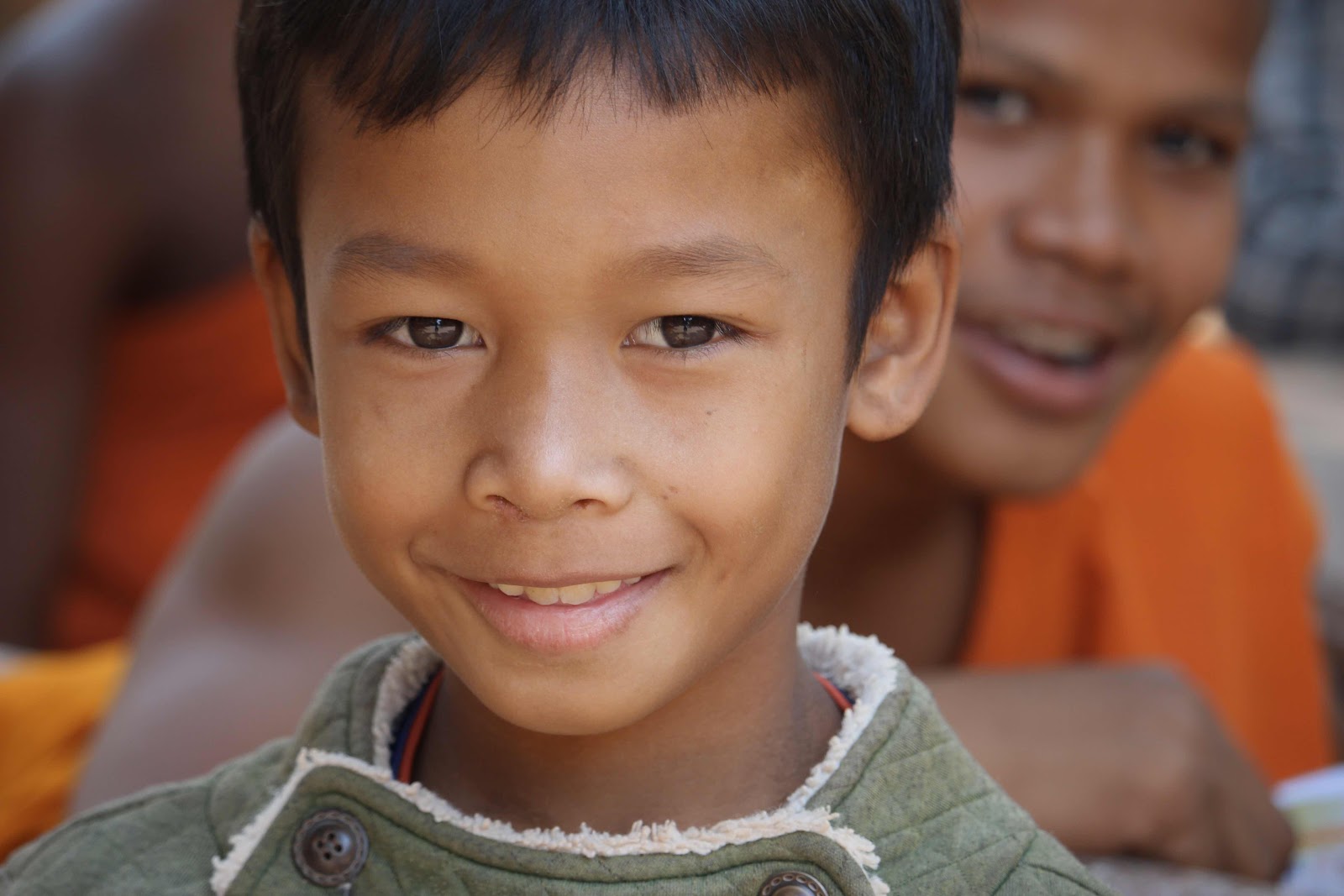 As I drew closer, the father of the children offered me some from a pod that had been opened.  It tasted a little like dates. 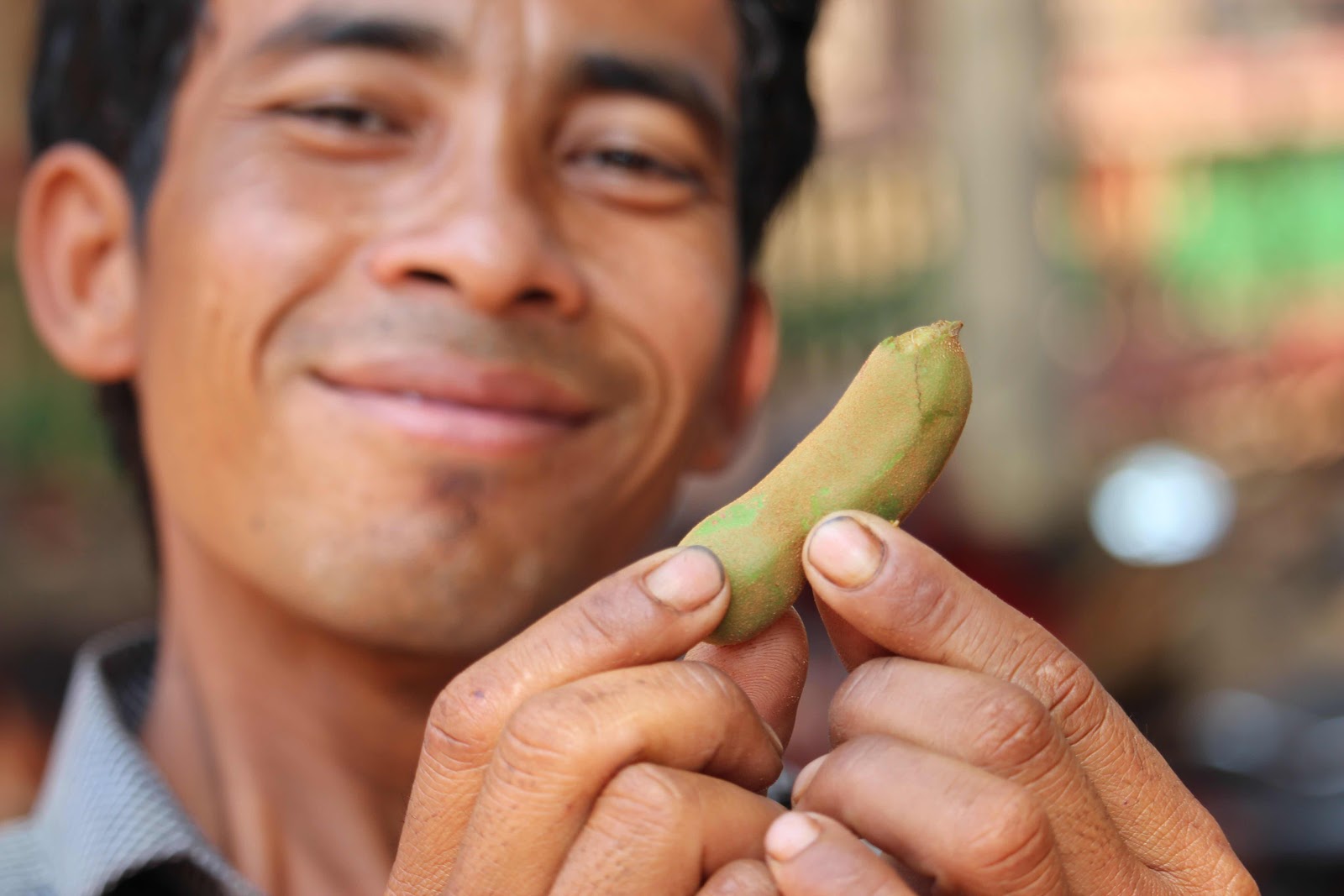 “Tamarind,” said one local with a strong grasp of English.
“Ahhhhh,” I said, smacking my lips with pleasure. 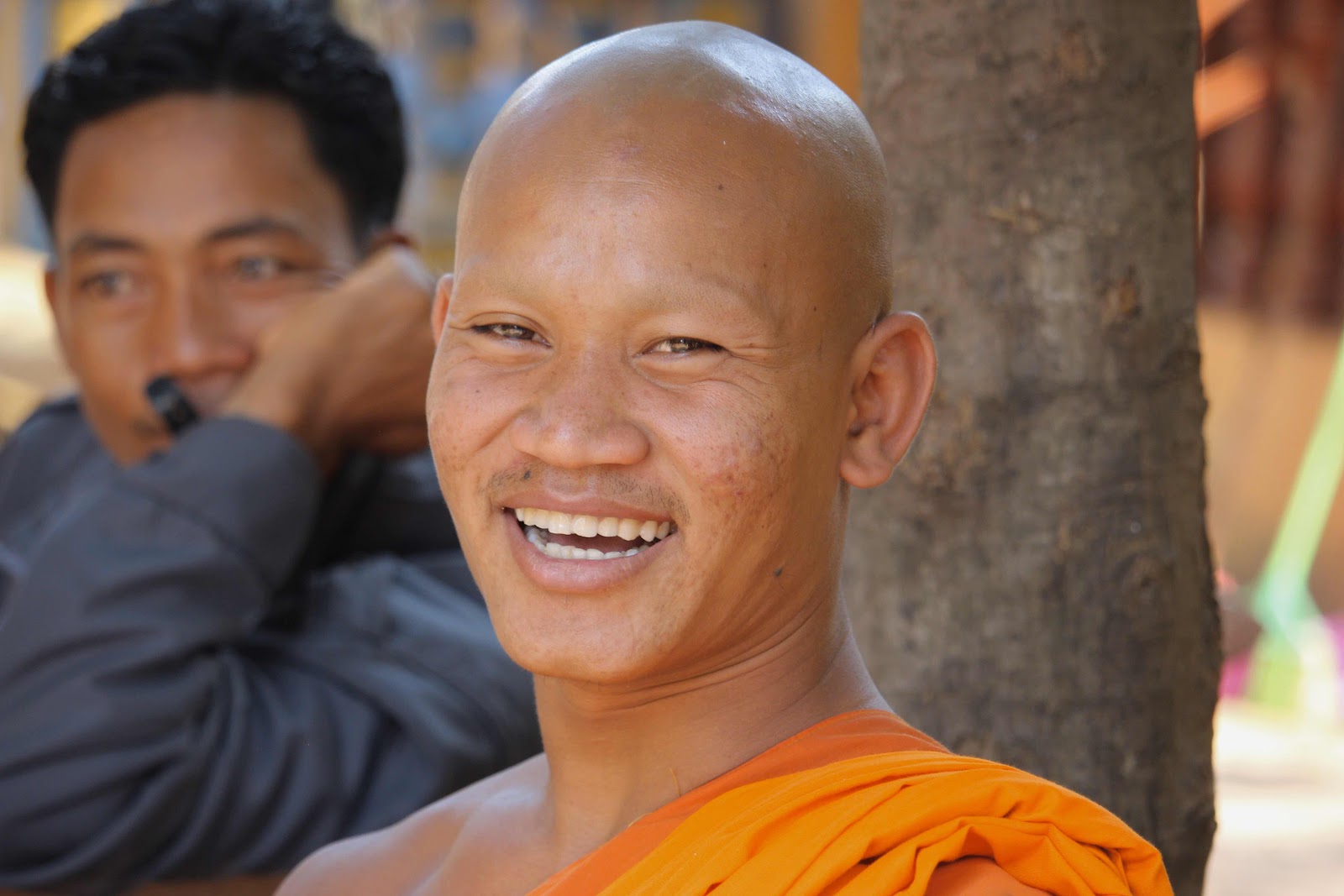 I asked what the Khmer word is for tamarind and that began an amusing back and forth as I would try to say the word and about three monks and several children would repeat it back to me.  This went on for a few times until I got it right.  There were many smiles and a few giggles as I did my best to say it correctly. 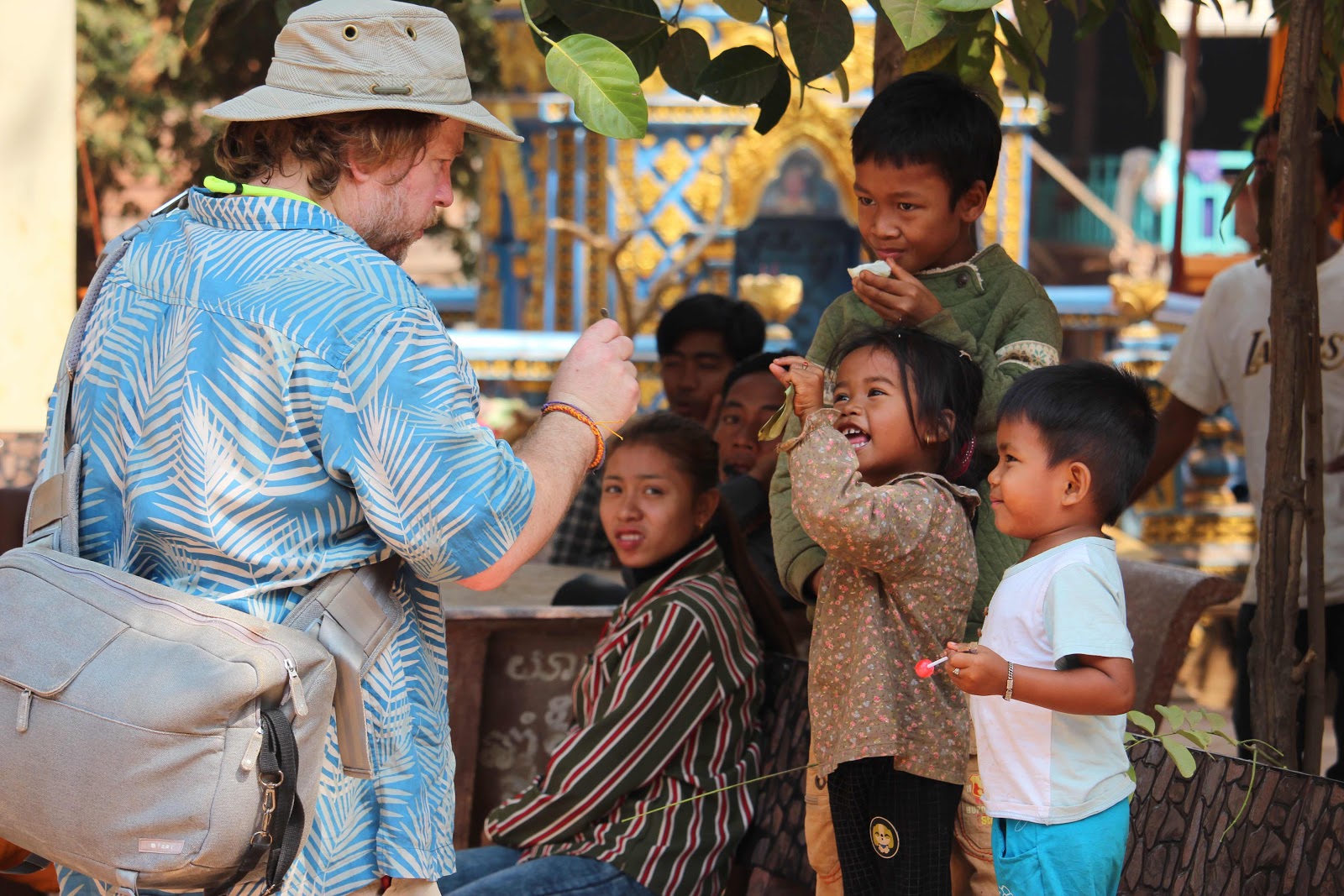 Rob enjoyed some wonderful moment engaging with the monks and the children.  They were so friendly and welcoming.  It truly was the highlight of the day. 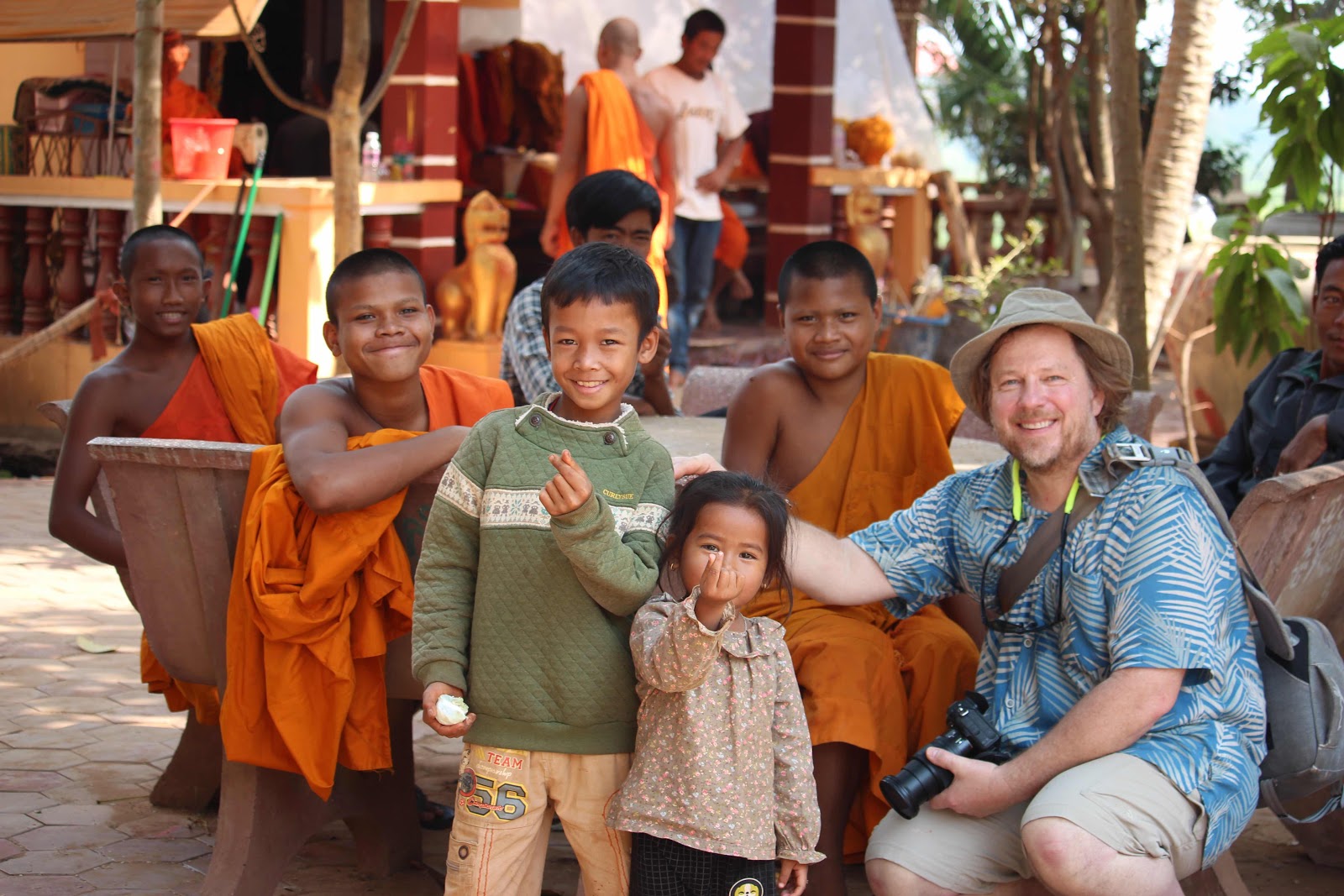 After visiting the temple for a half hour or so, we continued on our way to the big lake, with our final destination being a crocodile farm/restaurant, a truly floating structure that is surrounded by water all year.  We ordered barbecued crocodile and enjoyed it immensely. 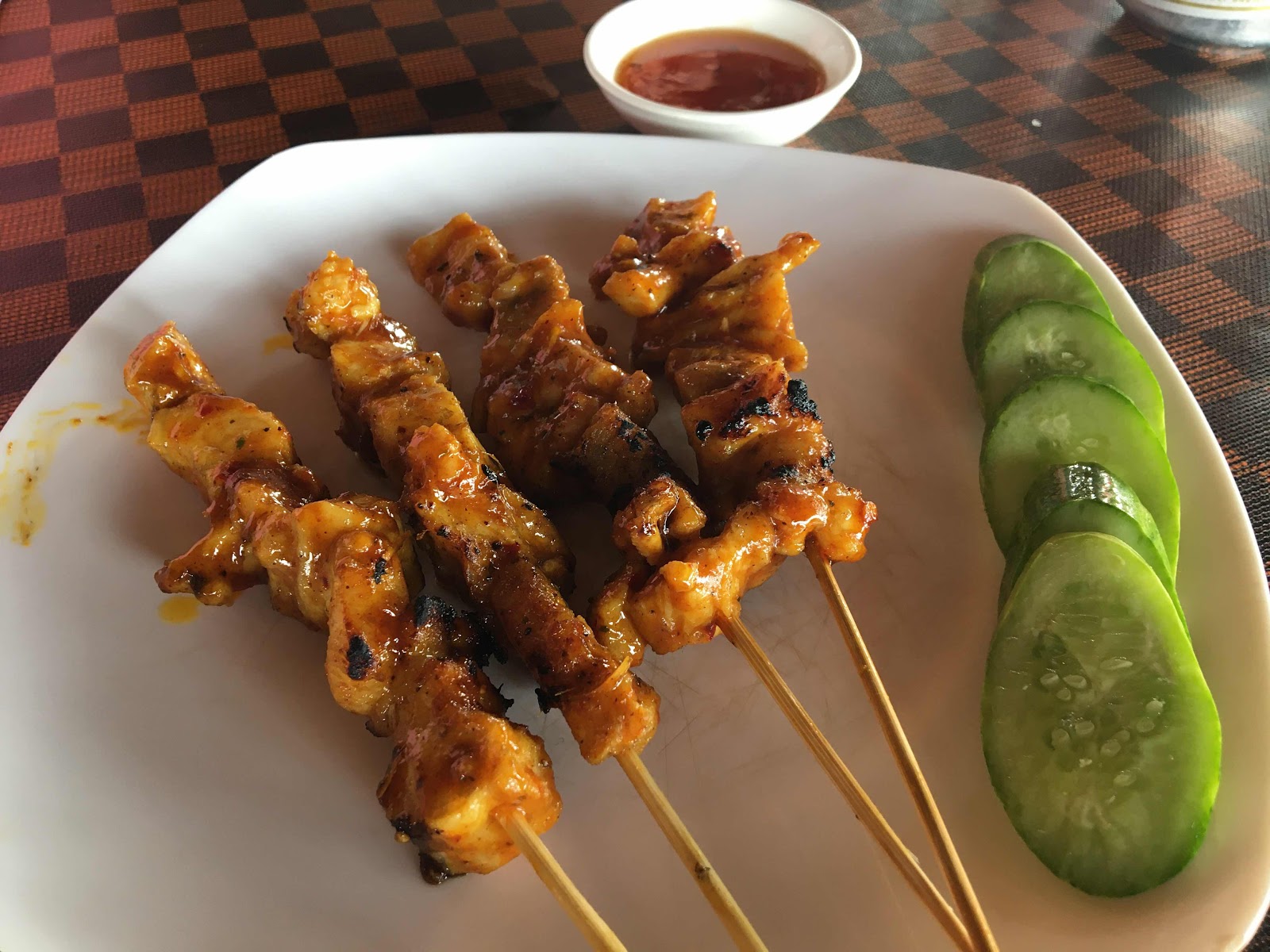 There was a haze hanging over the water that made the horizon and the water almost blend together.  The only thing helping to punctuate the horizon line were the boats off in the distance. 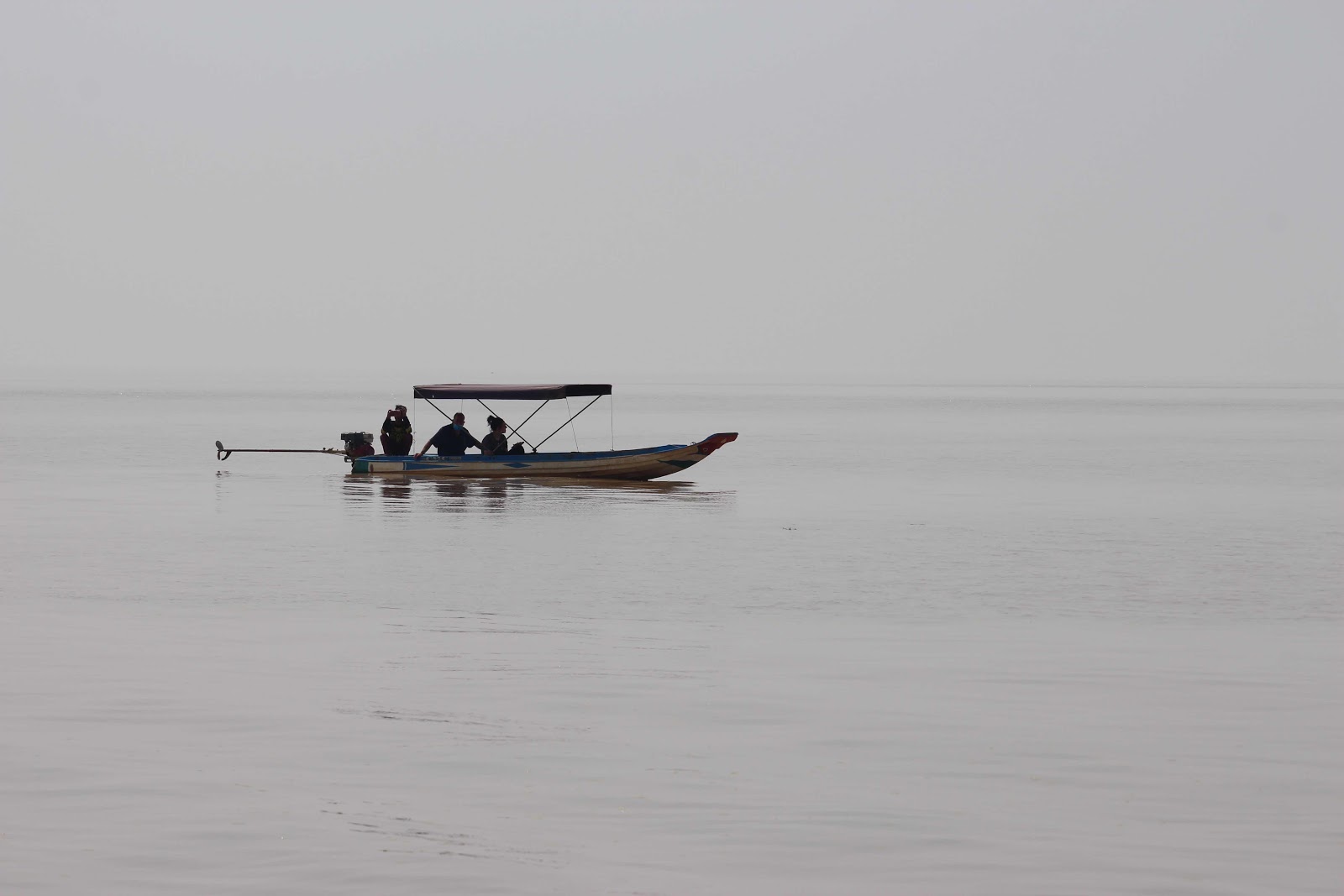 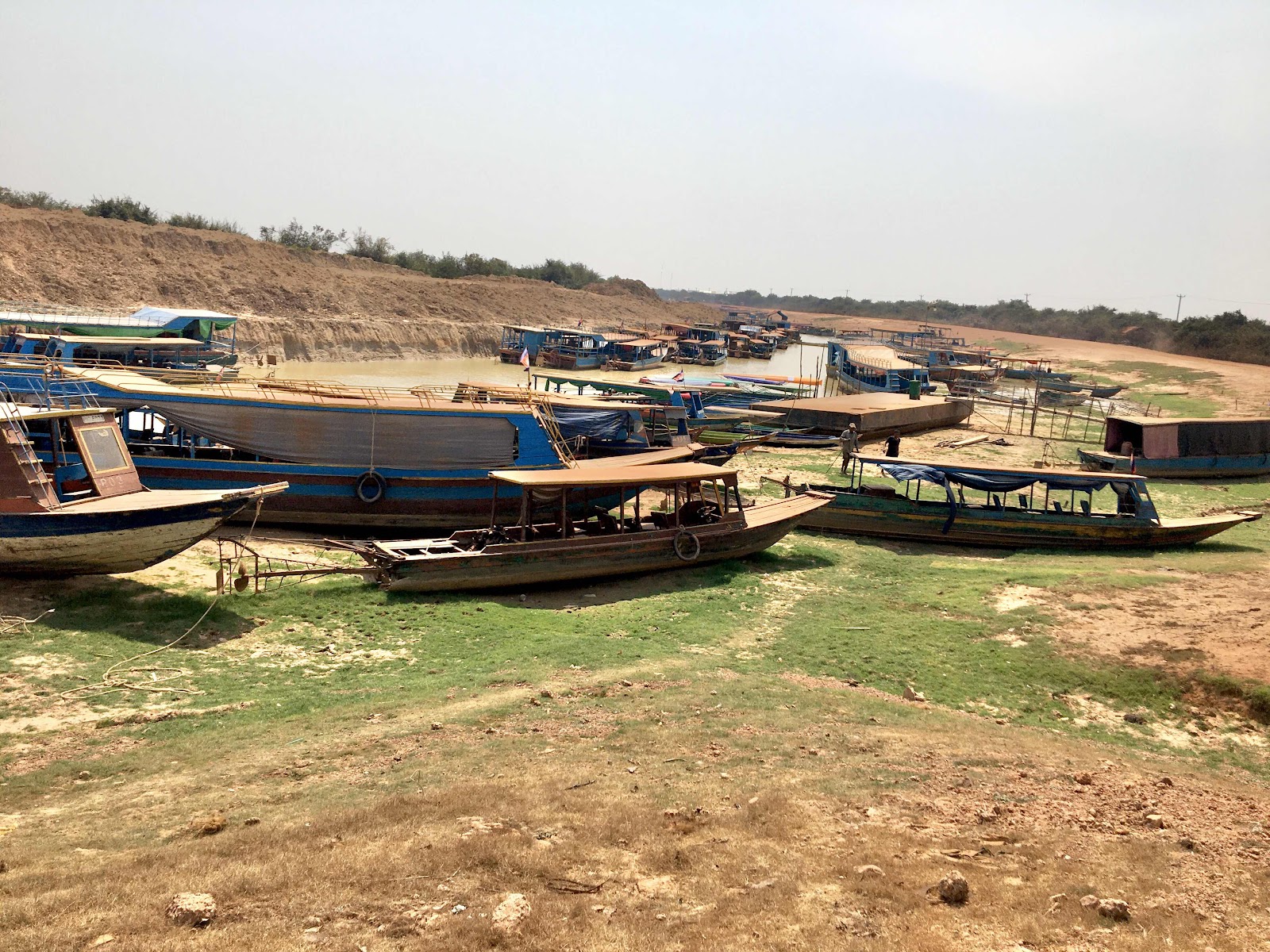 What struck me the most about this trip was the number of tourist boats that were peppered along the shore, literally hundreds and hundreds.  The high tourism season for Siem Reap runs from November to February.  Based on what we have observed, this year’s February is probably the lowest they have seen in a generation.  The coronavirus has had a profound impact on the local economy.  The spot where we disembarked looks like a tourist boat graveyard. 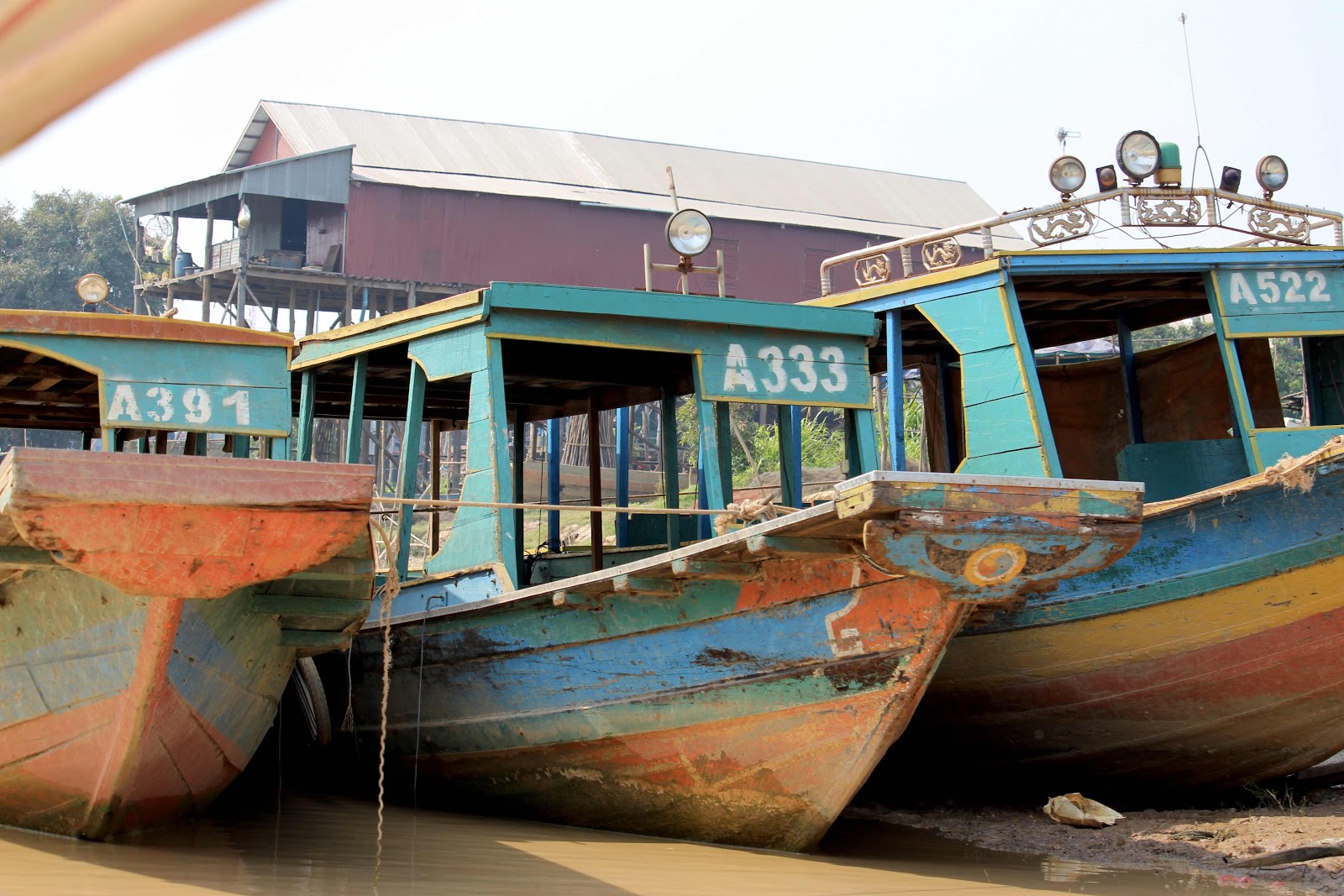 It is Saturday morning in Cambodia.  We will head out to the village at about 7:30 am and spend the entire day out there, finishing up the details on Lin and Chong’s house (No. 3) and started on Tik Van’s house (No. 4).  I will spend some time taking pictures in the morning, when the light is good, and find something to paint for the rest of the day.  Each of my Cambodian paintings will be gifted, as I have no interest nor intention of packing them up and bringing them home. 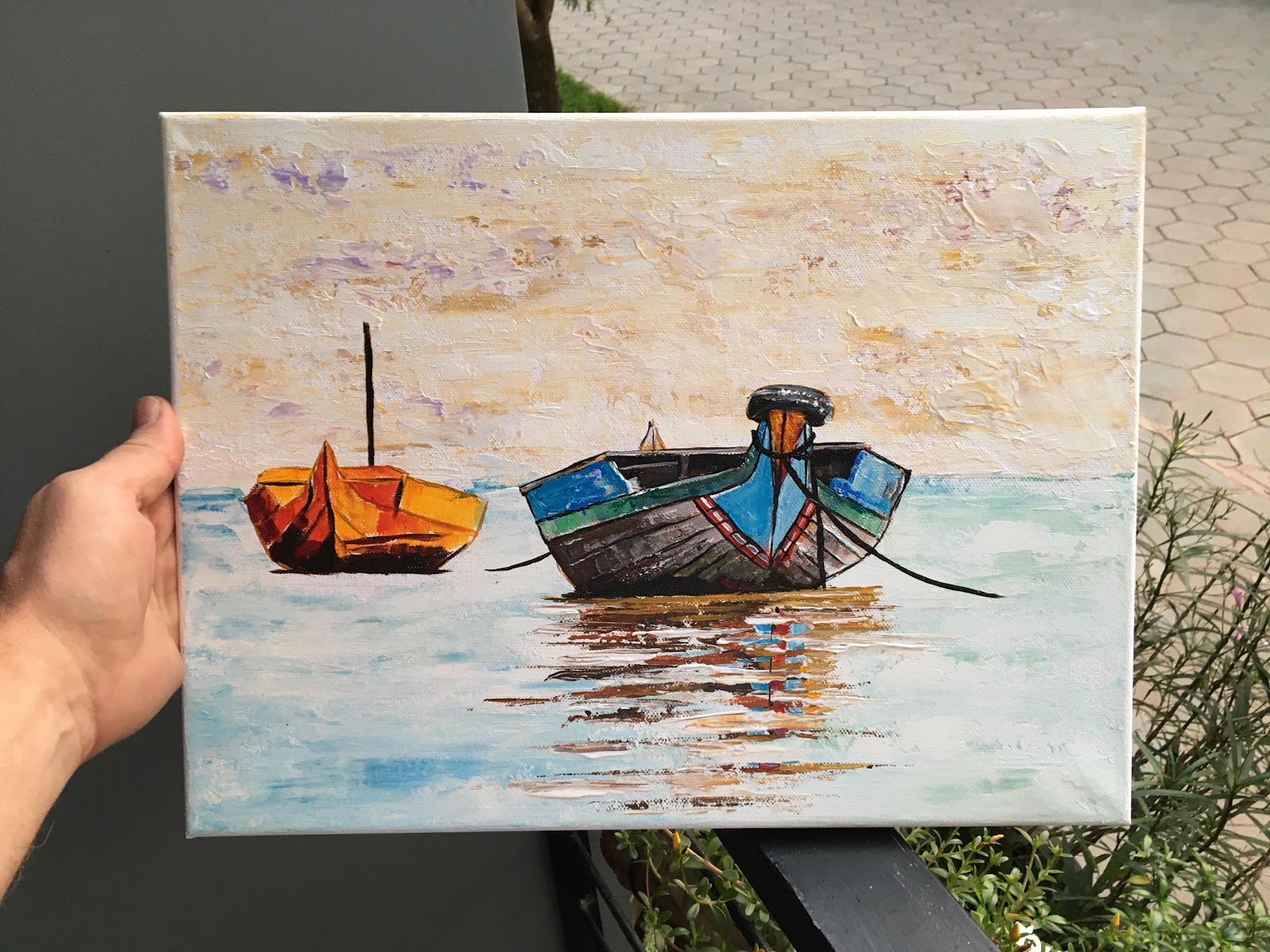 I spent yesterday afternoon working on a painting of a couple of boats on the hazy water of Tonle Sap Lake.  I will keep puttering away on this one during my free time over the next couple of days.
Email Post