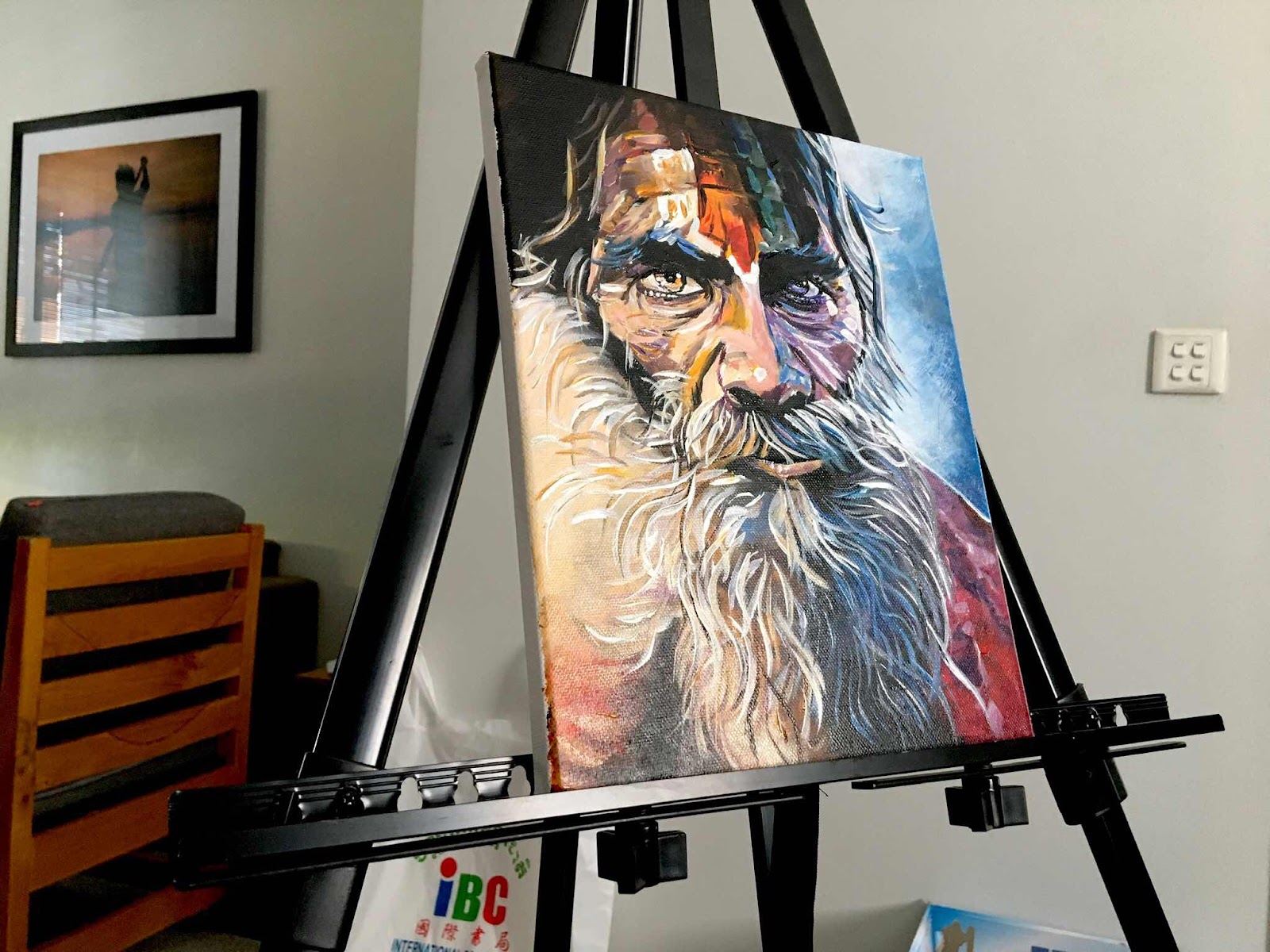 It is mid-afternoon in Siem Reap.  The sun is high and hot, with not a cloud in the sky to offer some relief.  I try to stay indoors when the day is at its hottest.  It is 35 degrees.  By Cambodian standards, this is very much an average day.  For me, it is like standing in front of the stove with the oven door open.

As I look back on this time in Southeast Asia, I will see the paintings that happened along the way. 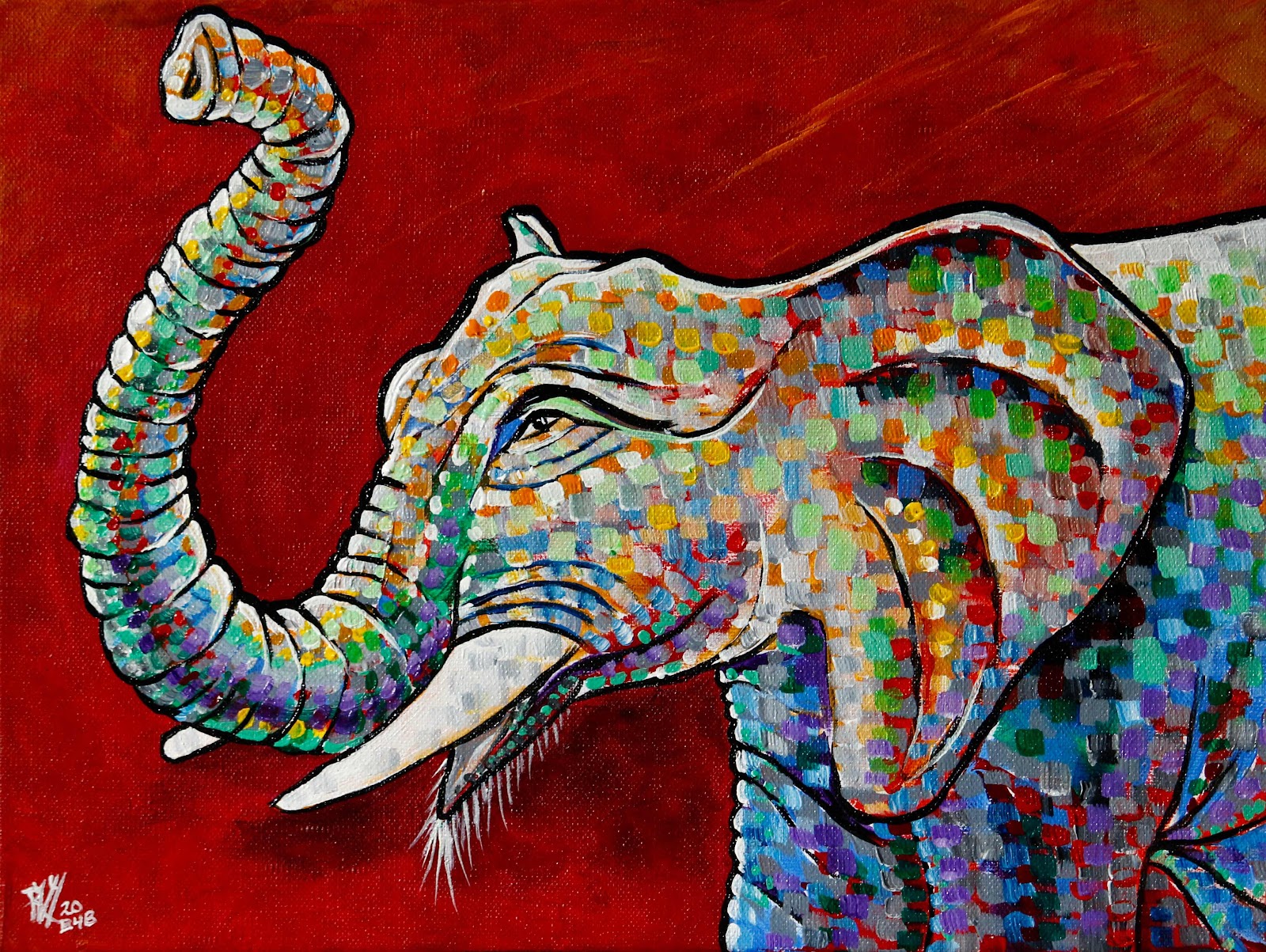 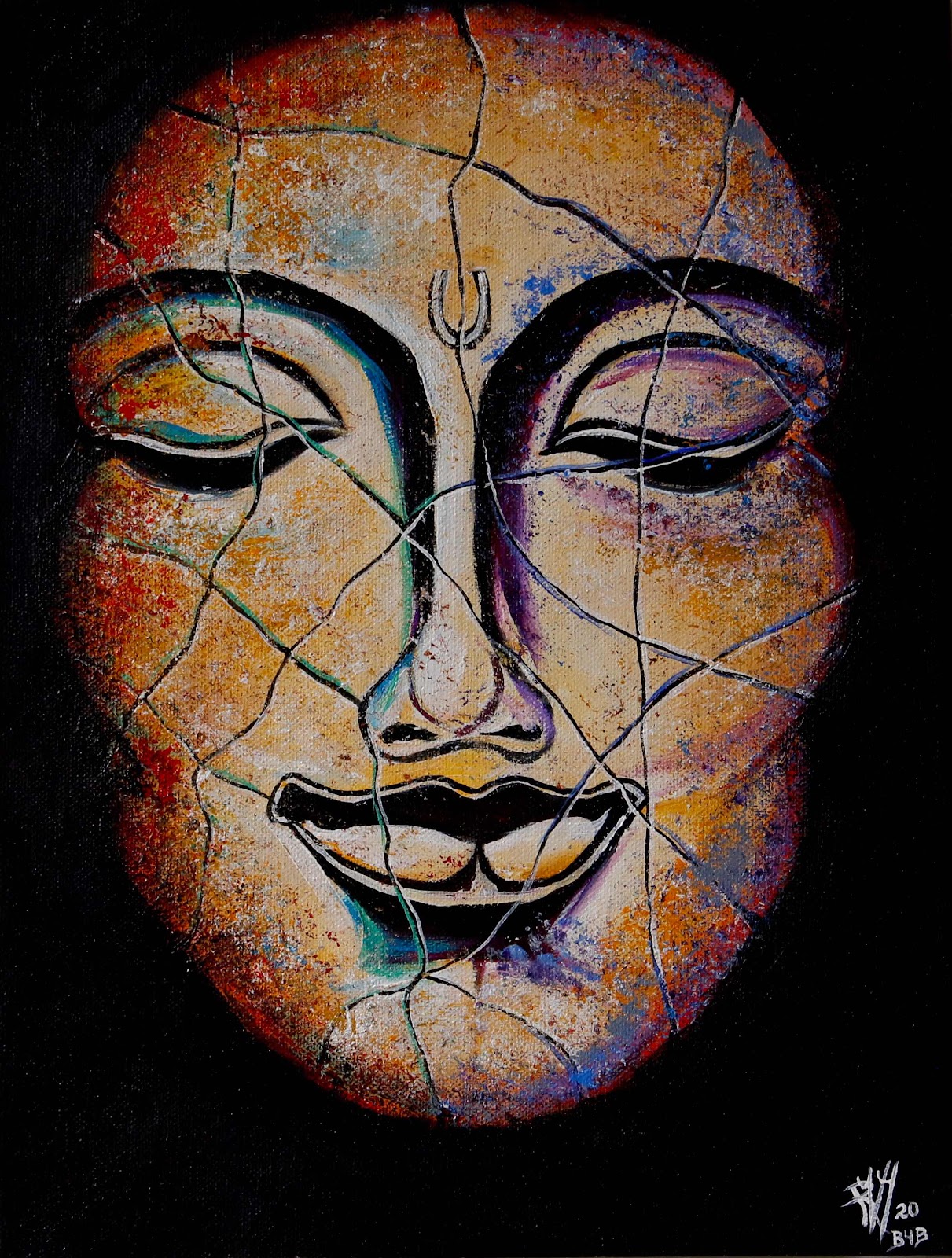 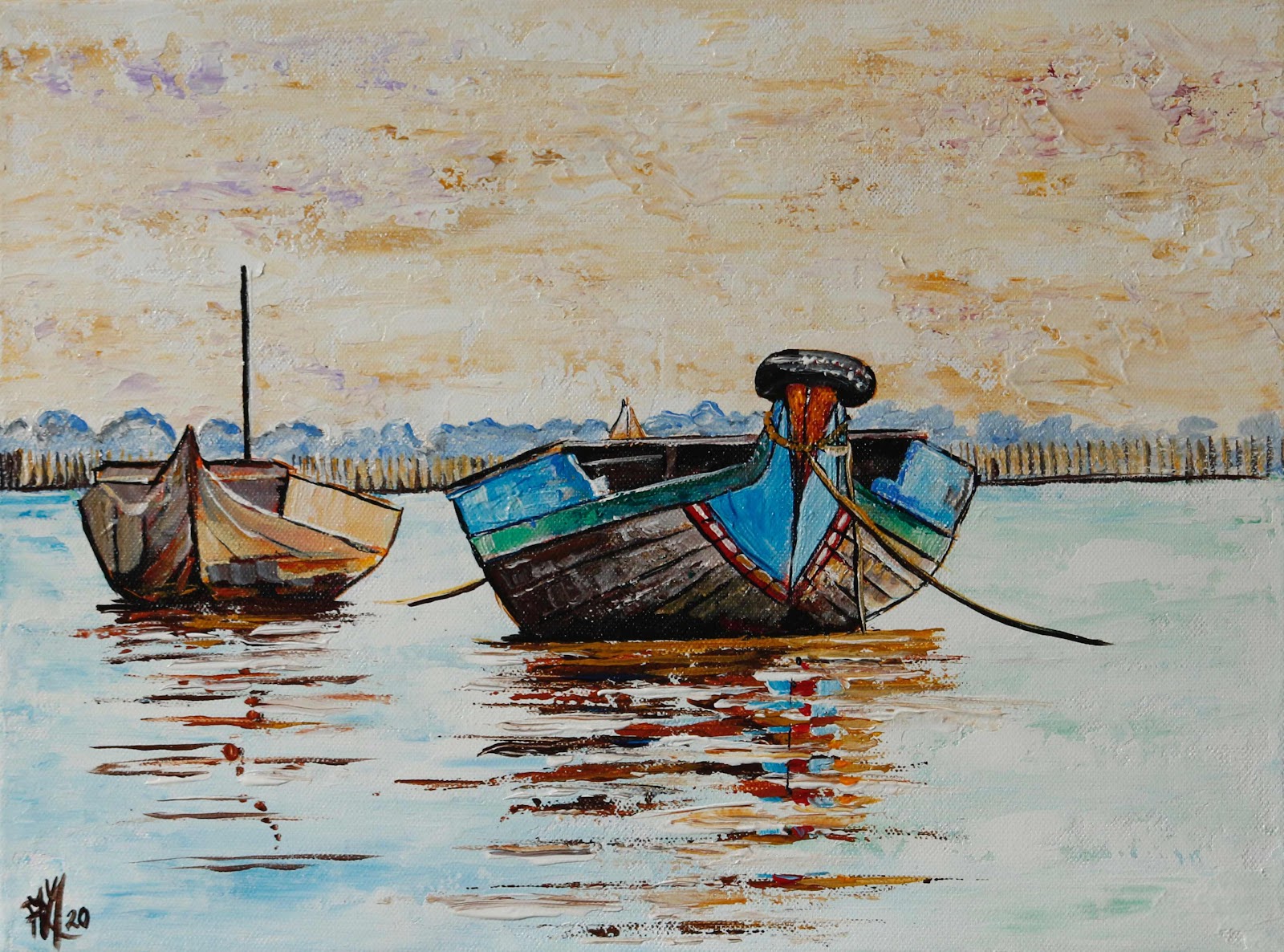 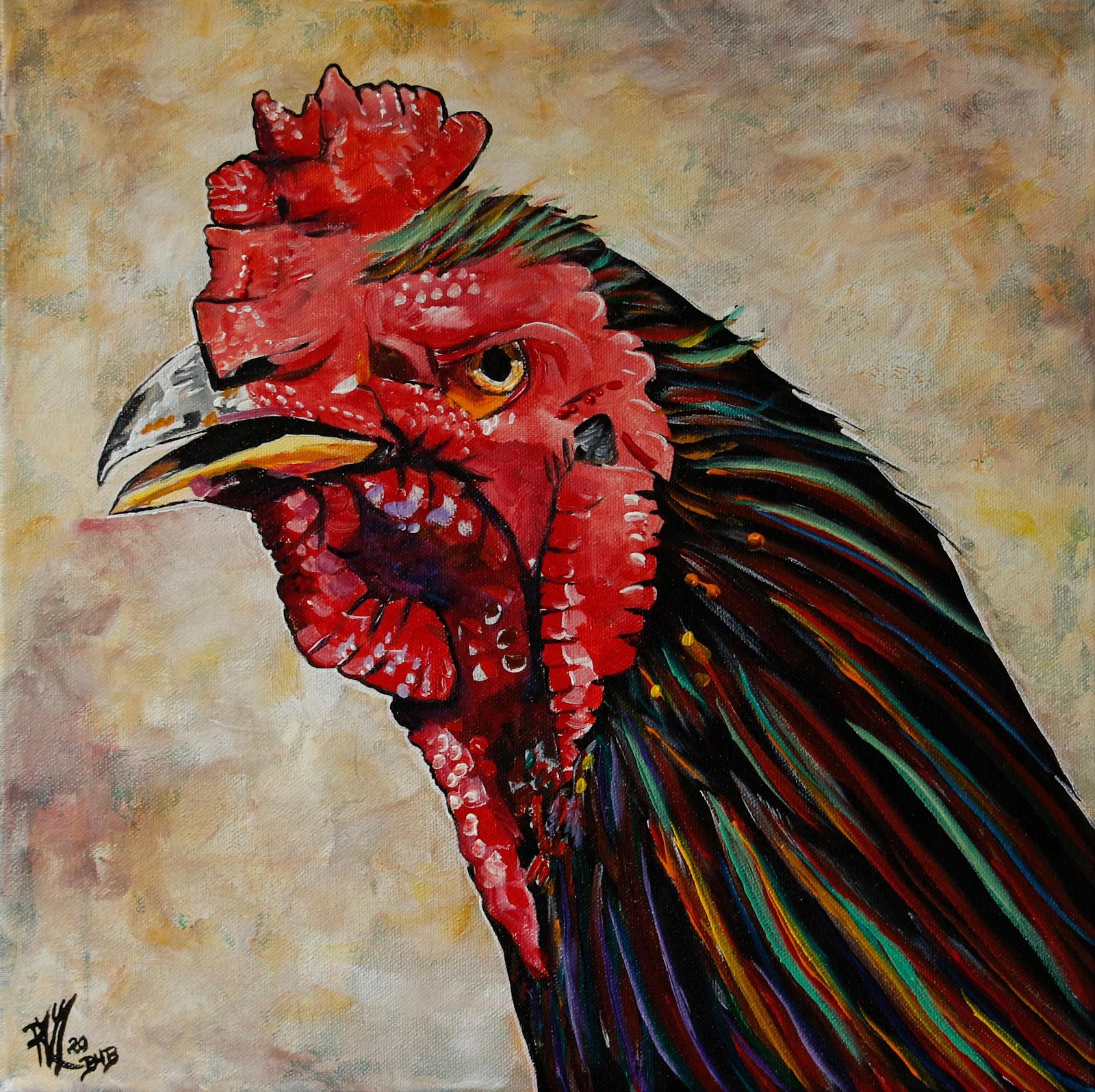 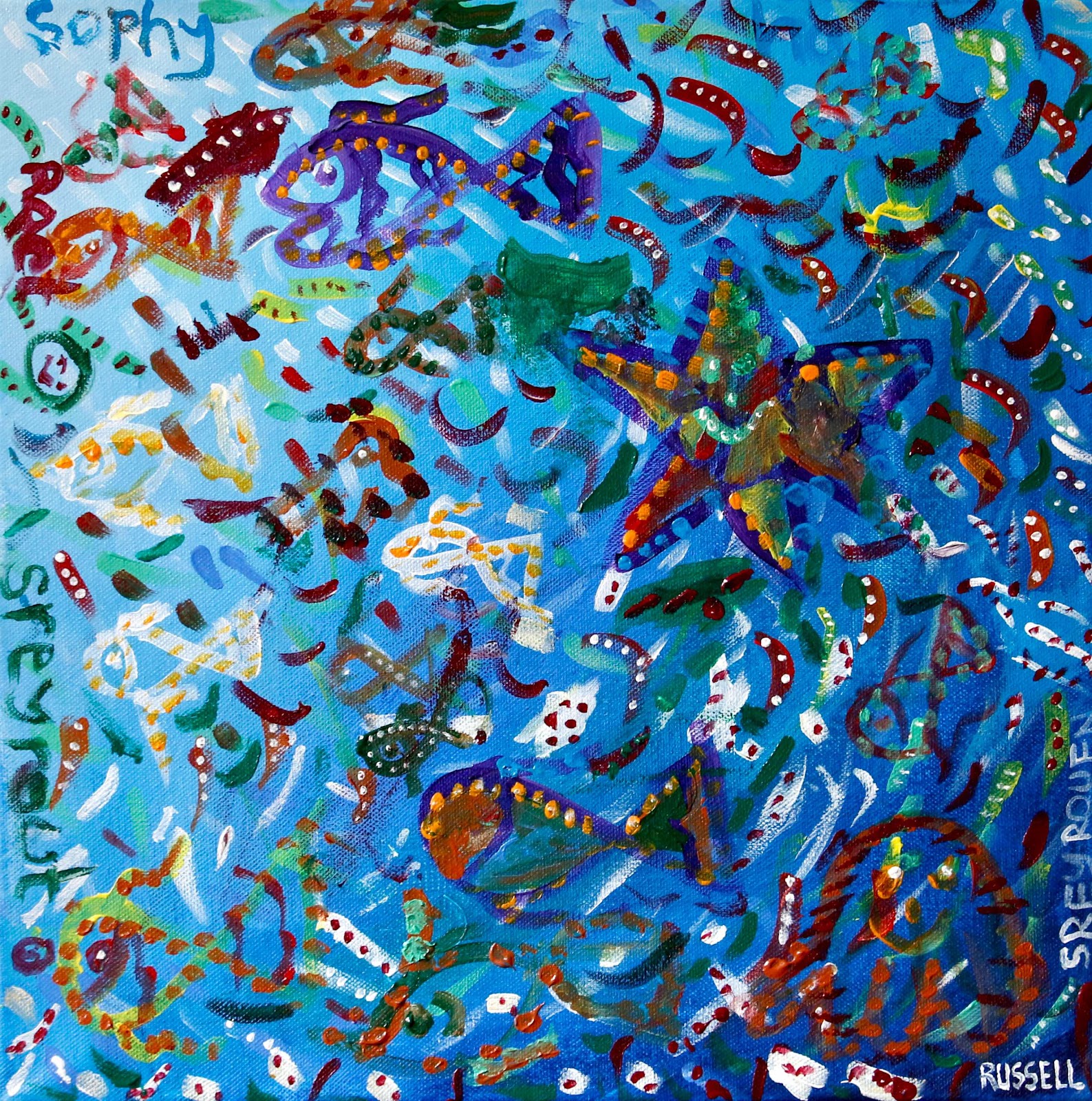 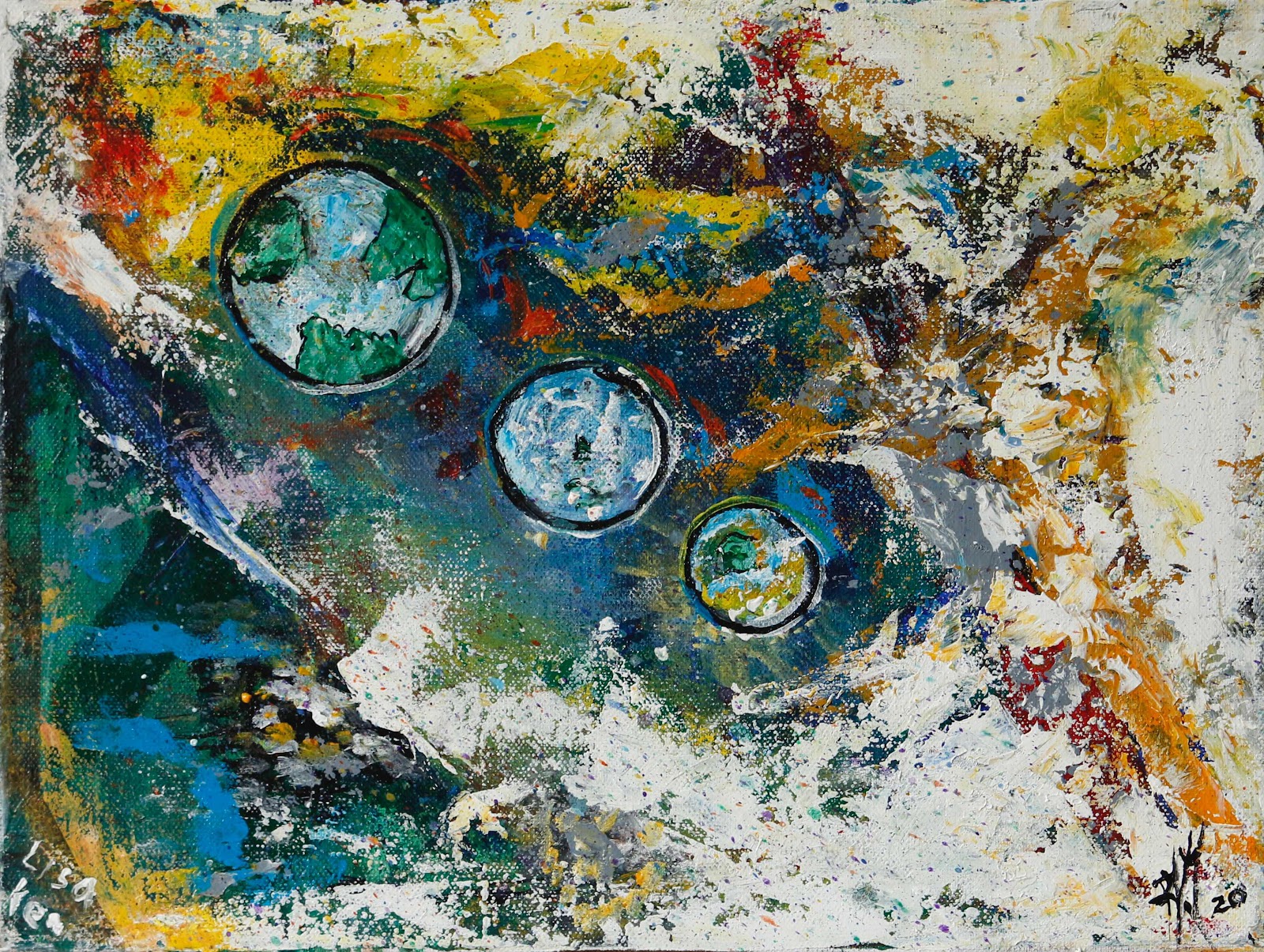 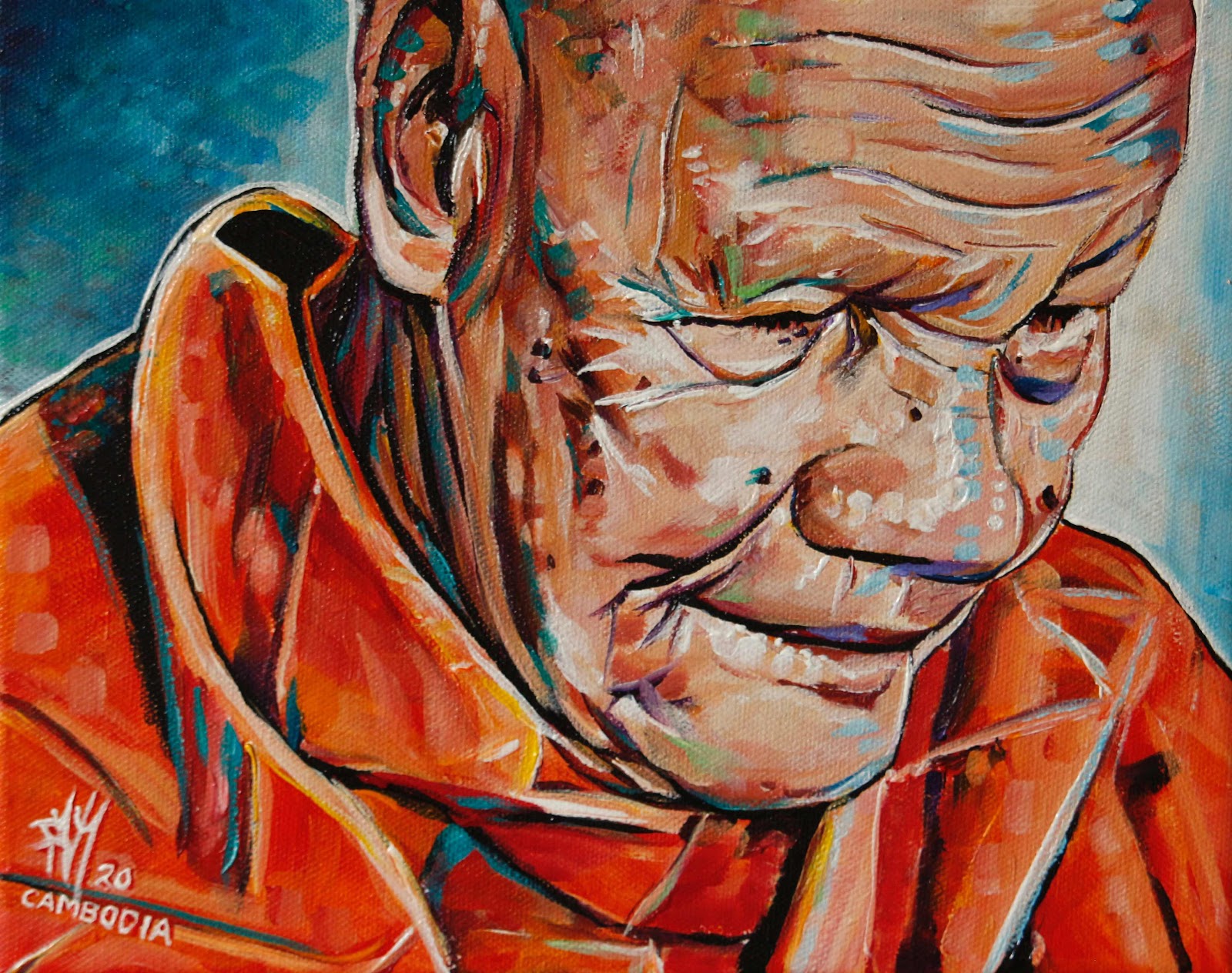 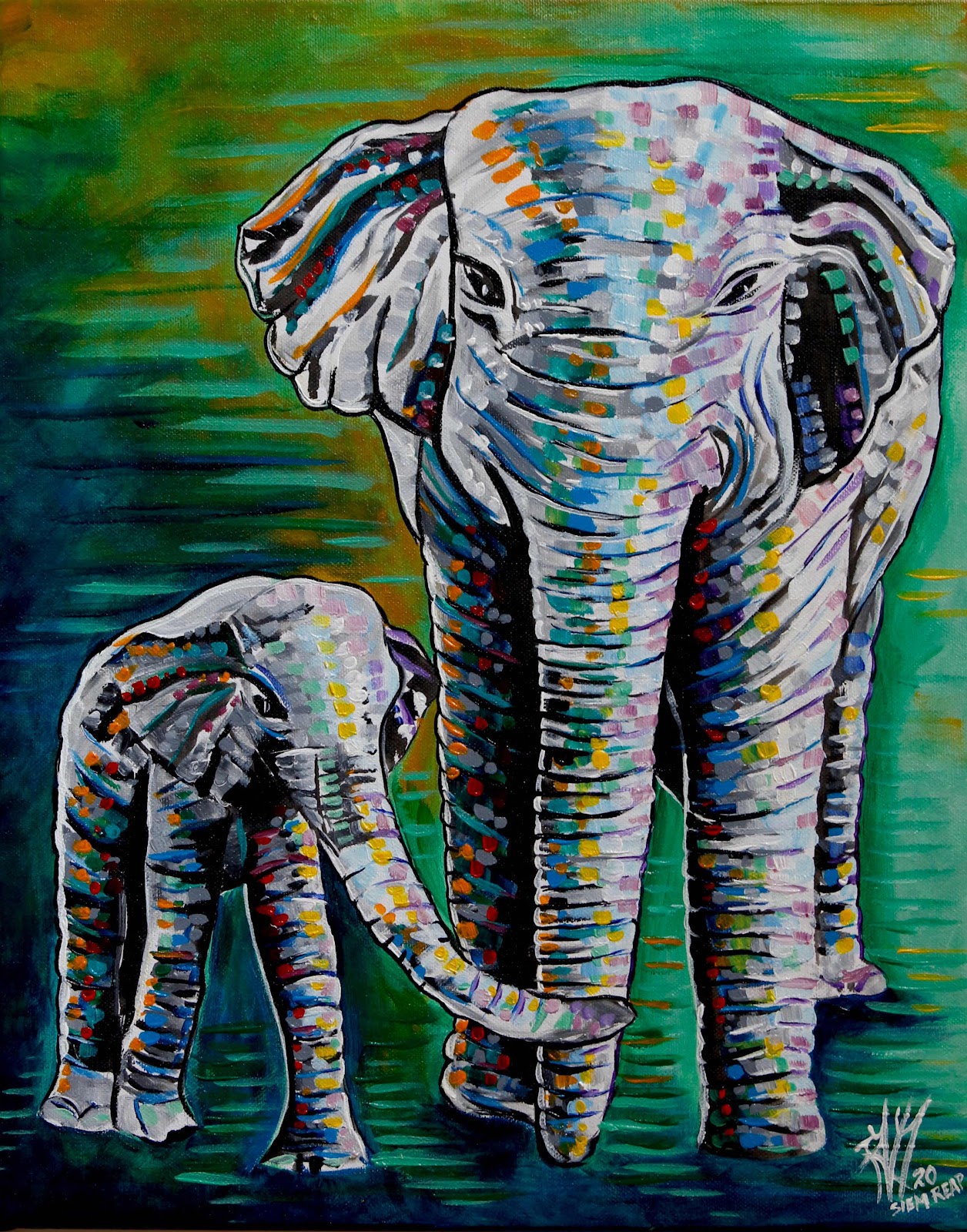 Some might think that because I do this for a living that painting during a vacation isn’t much of a vacation.  I wouldn’t blame anyone that reached that conclusion.  However, for me, painting has become like breathing.  I need and want to do it as much as I can.  In holiday parlance it is my “sitting by the pool” activity that fills my hours with both joy and purpose. 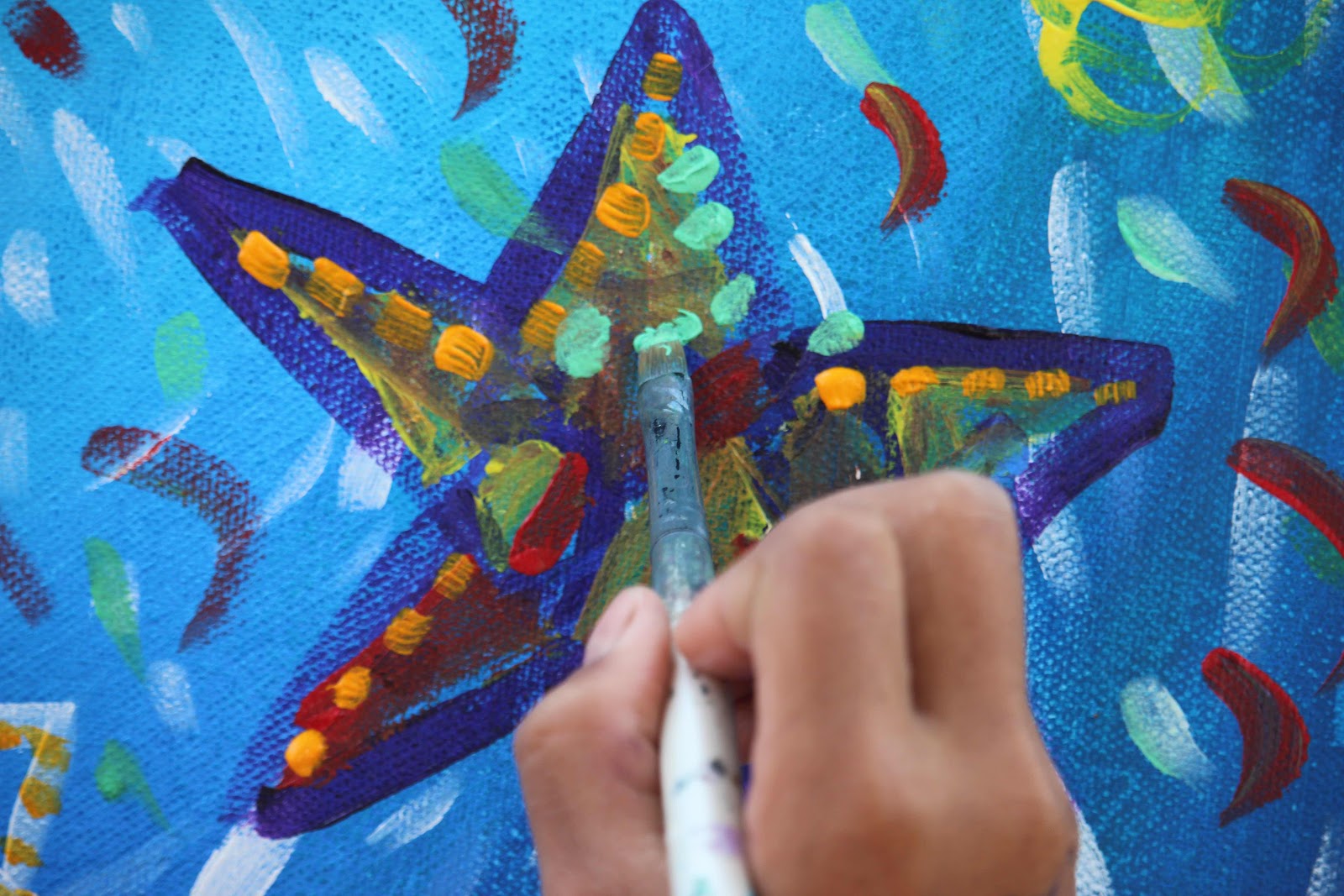 I’ve had my time in the sun doing absolutely nothing and loving it.  In my older age, I get more fulfilment by being productive and purposeful.

“Create every day” was one of five things I identified that I needed to do to live a happy and emotionally prosperous life.  Every day I have painted, taken pictures and written.

“Share and connect” was another of my five passions.  I’ve been doing that every day while in Cambodia, too.  Sharing stories and pictures in this blog is a big part of my sharing process.

“Express Gratitude” was a third essential that helped guide me out of one of my darkest periods.  Gratitude is a big part of this adventure, gratitude for the people, our purpose for being here, and for every opportunity that presents itself along the way. 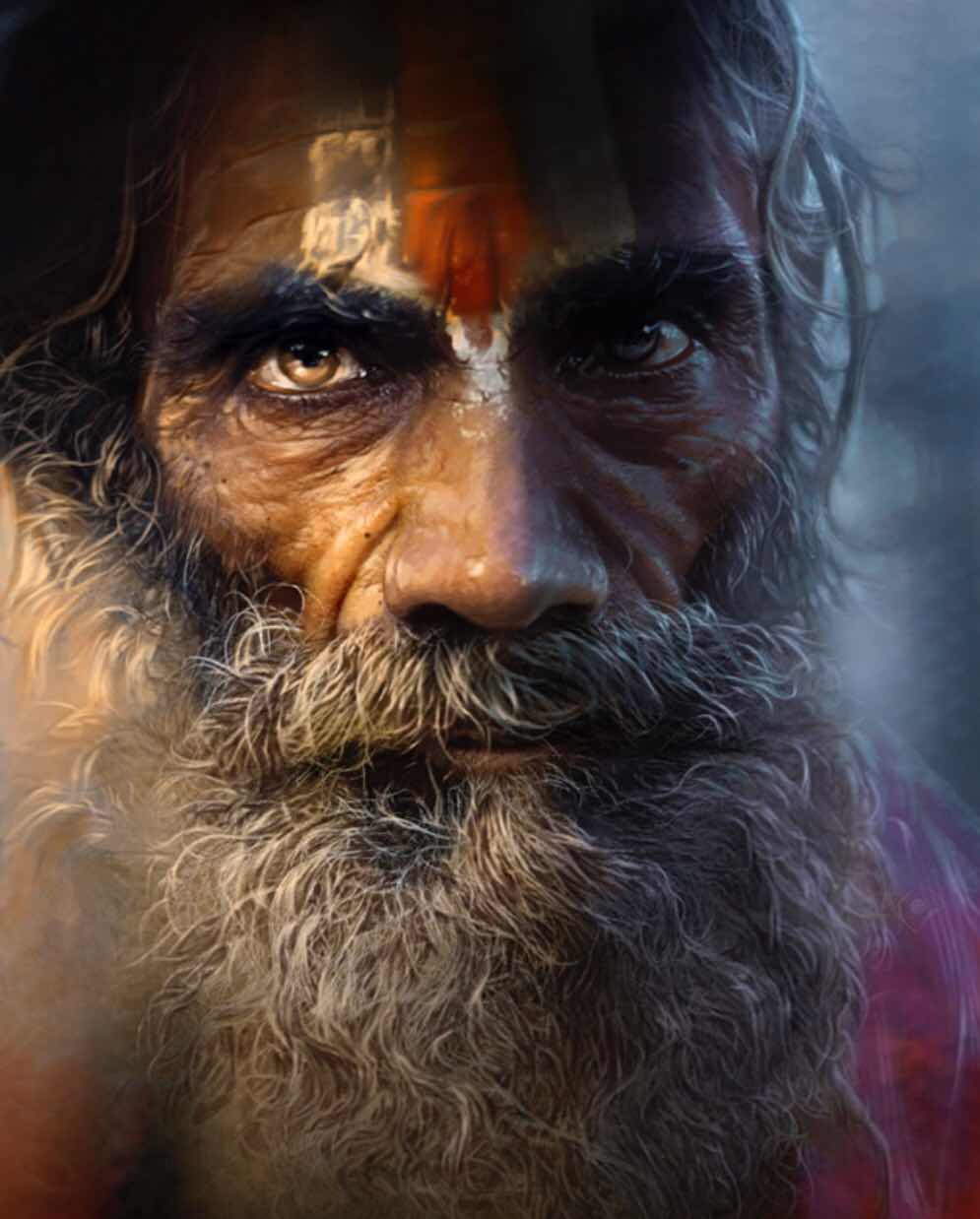 I has one small canvas left when I work up this morning.  After giving the “Siem Reap Elephants” to Arya, I went scrolling through my inspiration folder to see what would speak to me.  This sadhu yelled loudly as I scrolled by. 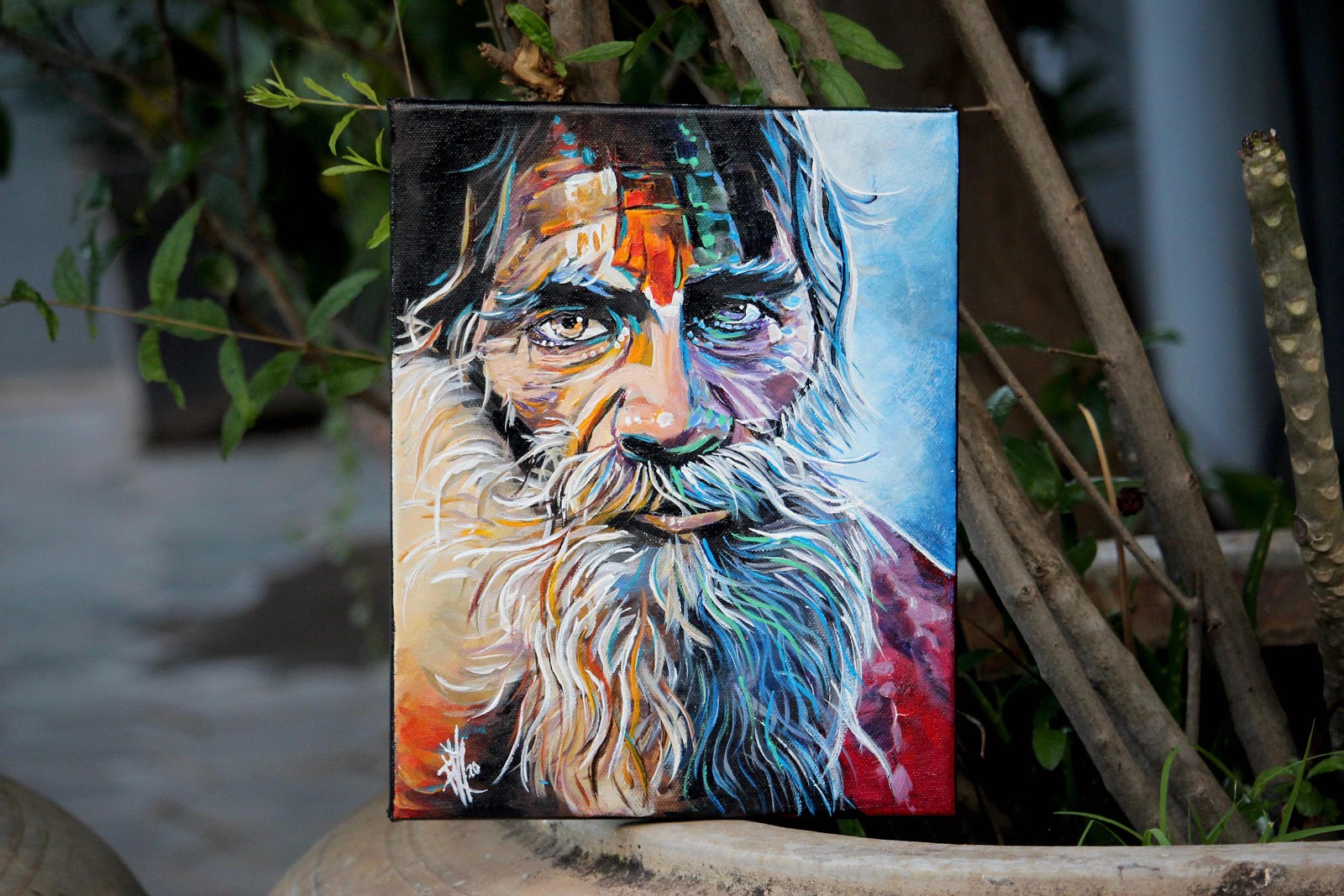 When I’m painting here I seem to follow a bit of a pattern.  I paint early in the morning then take a break to go for a walk and grab some lunch.  After a nap, during the hottest part of the day, I do a few more hours of painting before taking a mid-afternoon break (which I am doing now).  After a little pause, I go back to the painting and finish it up.  This is totally relaxing for me.  I feel no time pressure and I’m able to let the day take me where it wants to go.

Kent relayed this priceless story that he observed of a visitor trying to understand the Cambodian way.

“You have watch,” said the Cambodian man pointing to the watch of the North American tourist, trying to better understand the culture. “We have time”.

One of our Bracelets For Buildings advocates here in Cambodia is a man named Kifi.  He was the manager of the hotel that Kent and Lee stayed at a number of years ago.  We have been connected on Facebook for some time but had never met.  Kifi reached out yesterday and I suggested that he let me buy him dinner.  We met at the Mr. Grill Restaurant on Wat Bo Road.

Kifi accepted the invitation to order on my behalf and we began a long and wonderful conversation.  Kifi comes from a very poor family.  His mom and day, now in their 70s and 80s, respectively, raised 5 children.  They spent years homeless, waiting for the parents to raise enough money to build some kind of shelter, only to have it get blown away by a typhoon, forcing them to start again.  The structures that did get built often did not have overhead cover.  In the rainy season, life because unbearable. 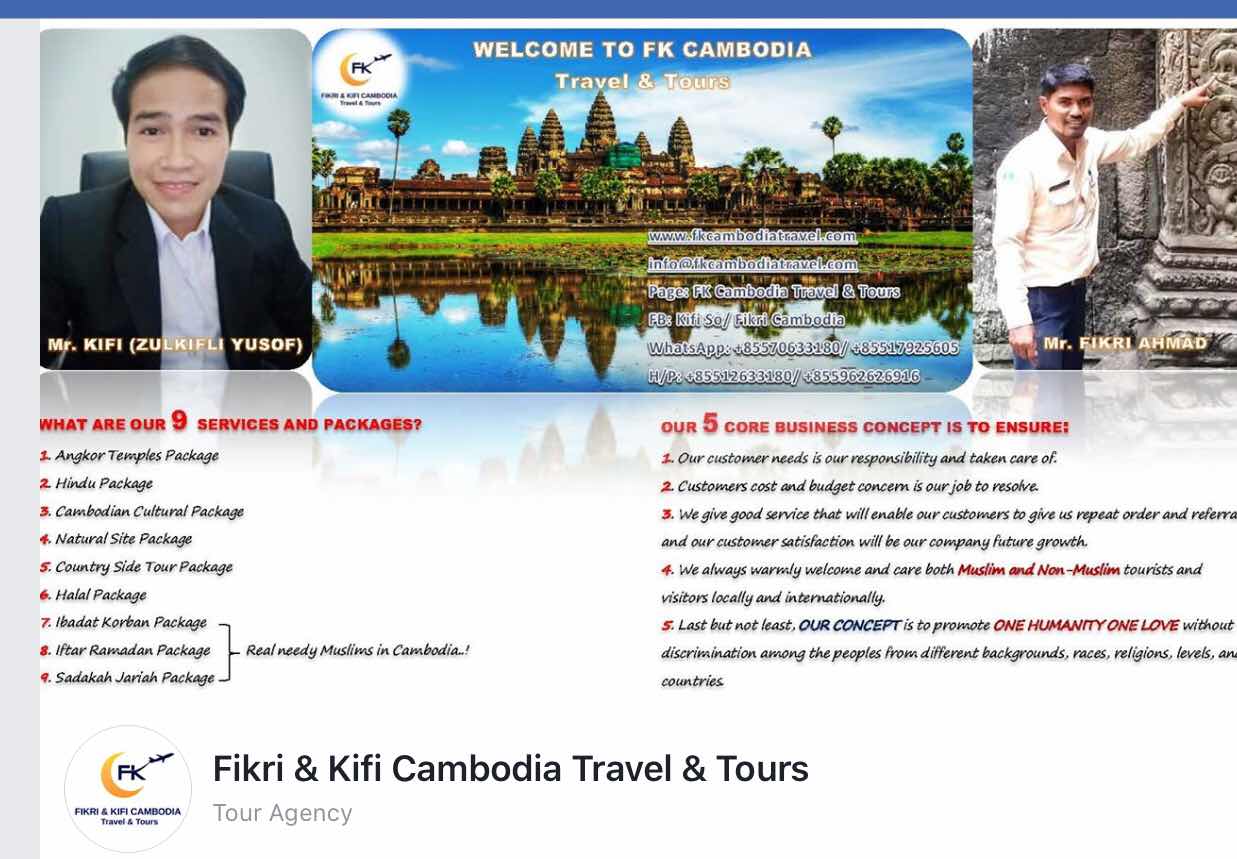 Undeterred by his meagre beginnings, Kifi recognized the value of education in getting ahead and did everything he could to pull himself up out of poverty, eventually starting a travel agency with a friend here in Siem Reap.  You can find them on Facebook is you’re looking for some excellent tour options when you next visit Siem Reap.  Tell him that Russell sent you. 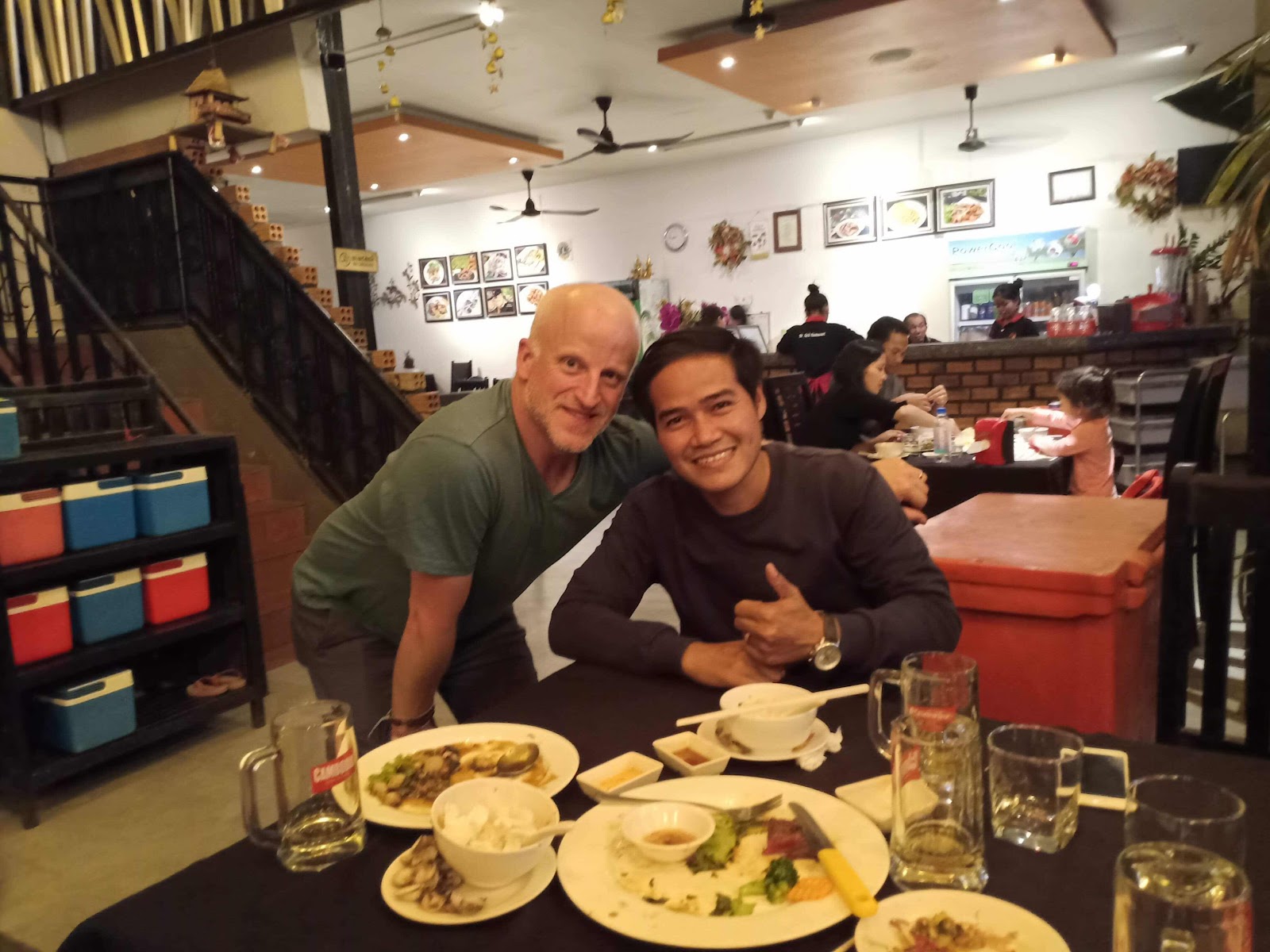 Kifi is a man of dreams.  As he shared his vision for the future with me he got choked up and couldn’t speak for a few minutes.

“Sorry,” he said, trying to pull himself together.

His dream is absolutely selfless and revolves around his aging parents who worked so hard to sustain his life when he was younger.  He wants to be able to build a home here in Siem Reap and to bring his parents to live with him.  They are currently a 6 hour bus ride away.  He wants to be able to care for them, feed them and give them the care they so richly deserve.

Kifi's Website
That dream, founded on the decision to go from working in hotels to starting his own business, seems far away from being able to be achieved as the tourism industry has been significantly affected by the coronavirus and a government that is not very progressive when it comes to attracting visitors.  Siem Reap, while busy, is not as busy as it was even a few short years ago.  Huge hotels and attractions, including a massive Ferris wheel, stand quiet, waiting for things to shift. 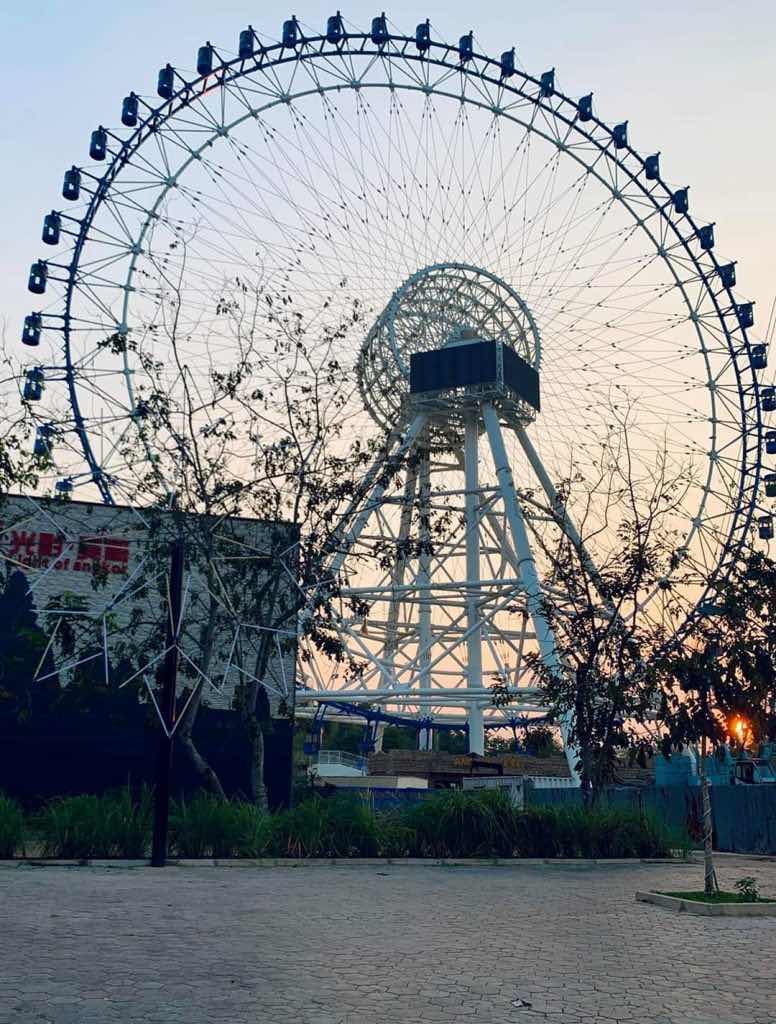 Despite his hard times, Kifi still feels a longing to give back to the poor.  It is why he is so attracted to the work of Bracelets For Buildings and the leadership of Kent and Lee.  He and his partner have committed to take 5 percent of their profits (which are currently minimal) and give it to charity.

It is my final day in Siem Reap.  Tonight I will fly to Hanoi, Vietnam where I will have a long layover before going to to Tokyo and on to Vancouver.   If everything goes according to plan, I will be in Calgary by early evening on Monday.