Land of a thousand smiles 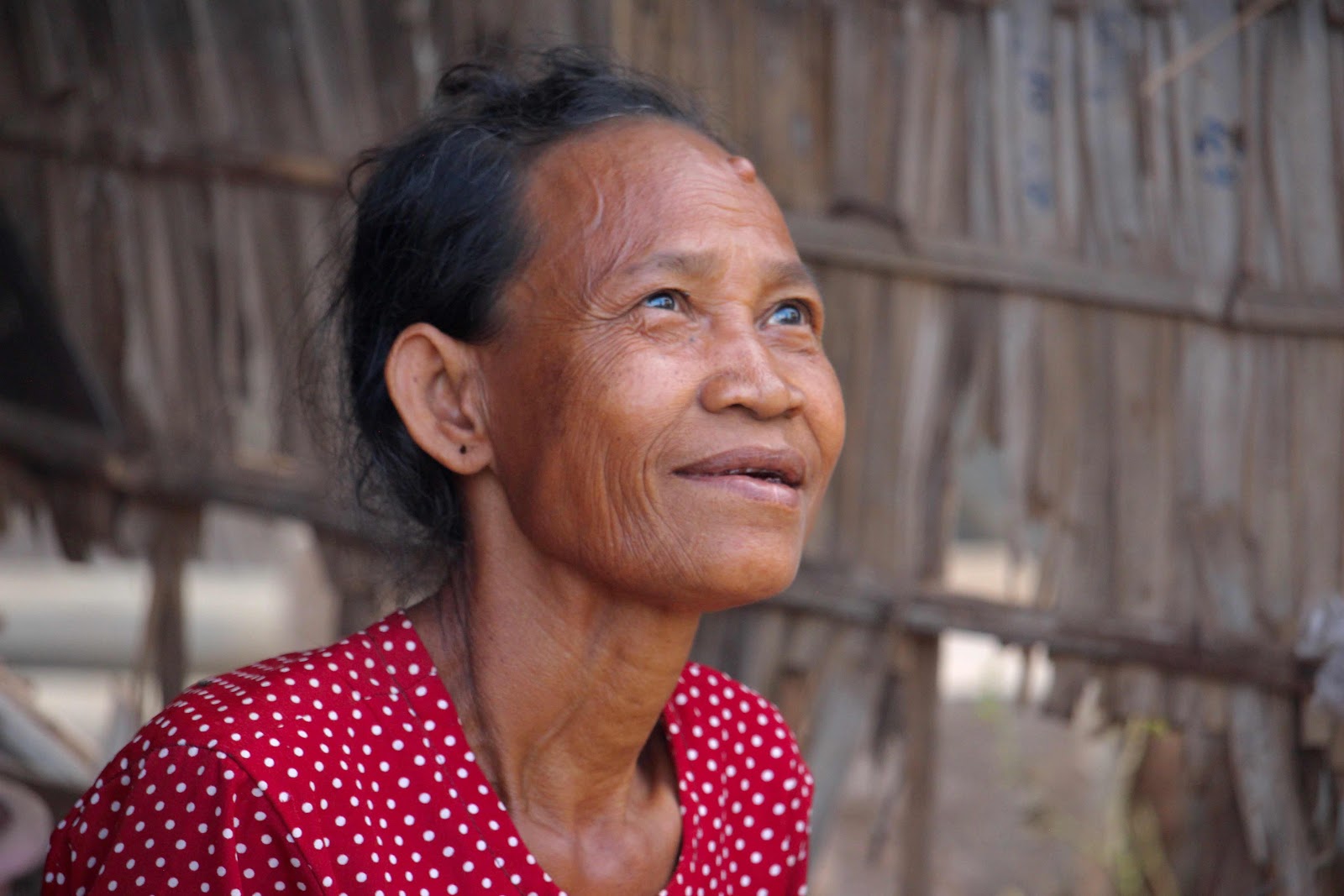 The smiles in Cambodia are priceless and widely varied.  But they are a people quick to break out in a grin and express joy, friendliness and welcome.  I create these montages of 9 portraits for the precise purpose of leaving the viewer back in North America with that impression.
For the family that we are building a home for, this is a big deal.  I sat down with Van and Heng, our translator, to ask some questions and get her thoughts on the new home they will move into later this week. Her answers were profound and moving. 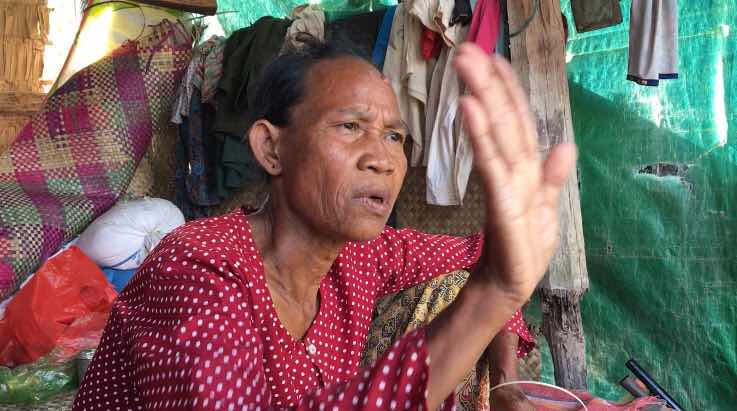 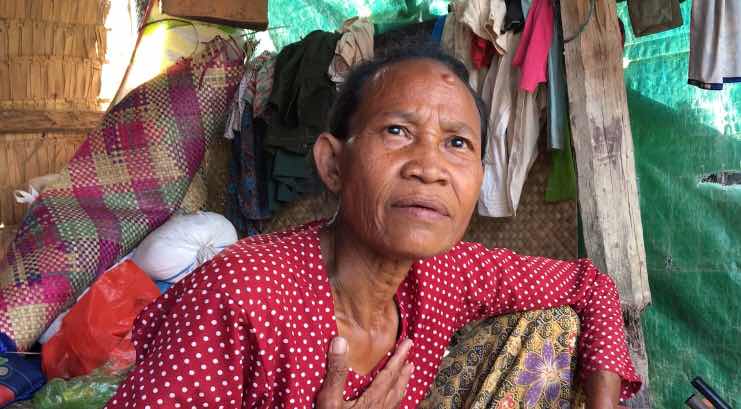 “A new home is something she didn’t think she could have,” said Heng.  “And now you give her the home and she is very happy and very excited.” 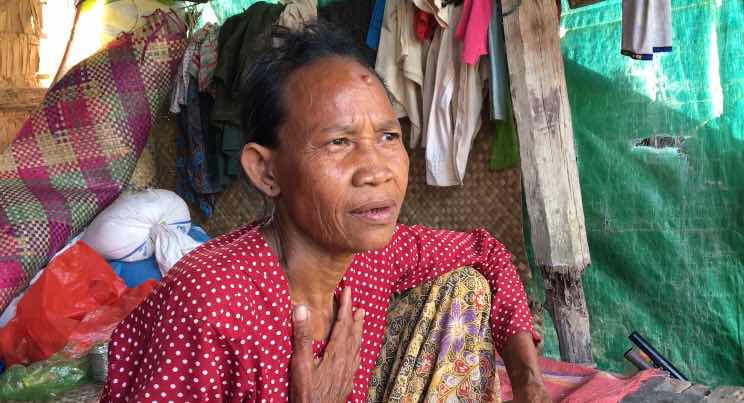 The above photos were taken from a short 6 minute video of our conversation.  They say so much about what this means for Van and her family.  It’s a big deal.  And while there are lots of smiles while we are on the site putting together the house, there are moments of serious contemplation. 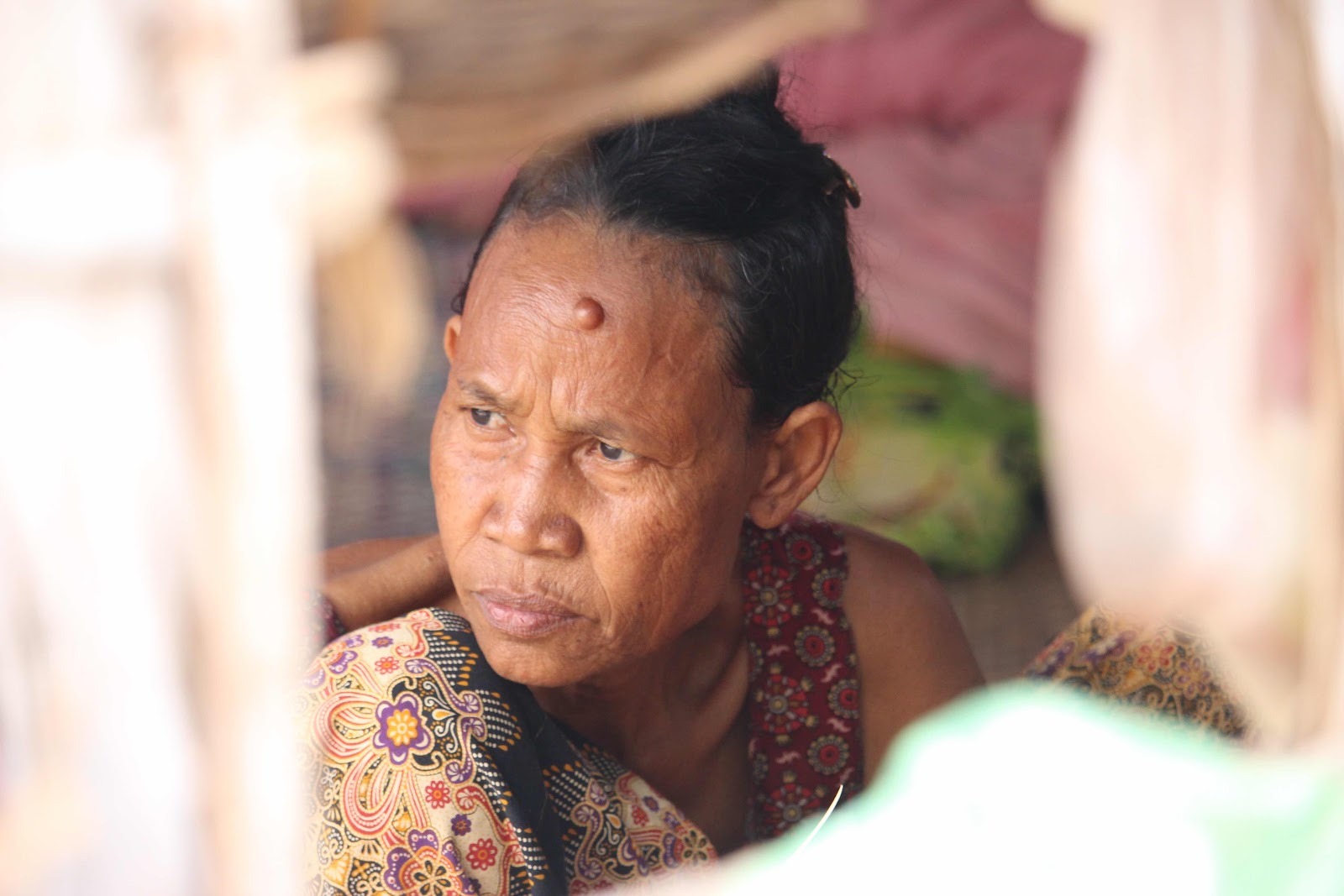 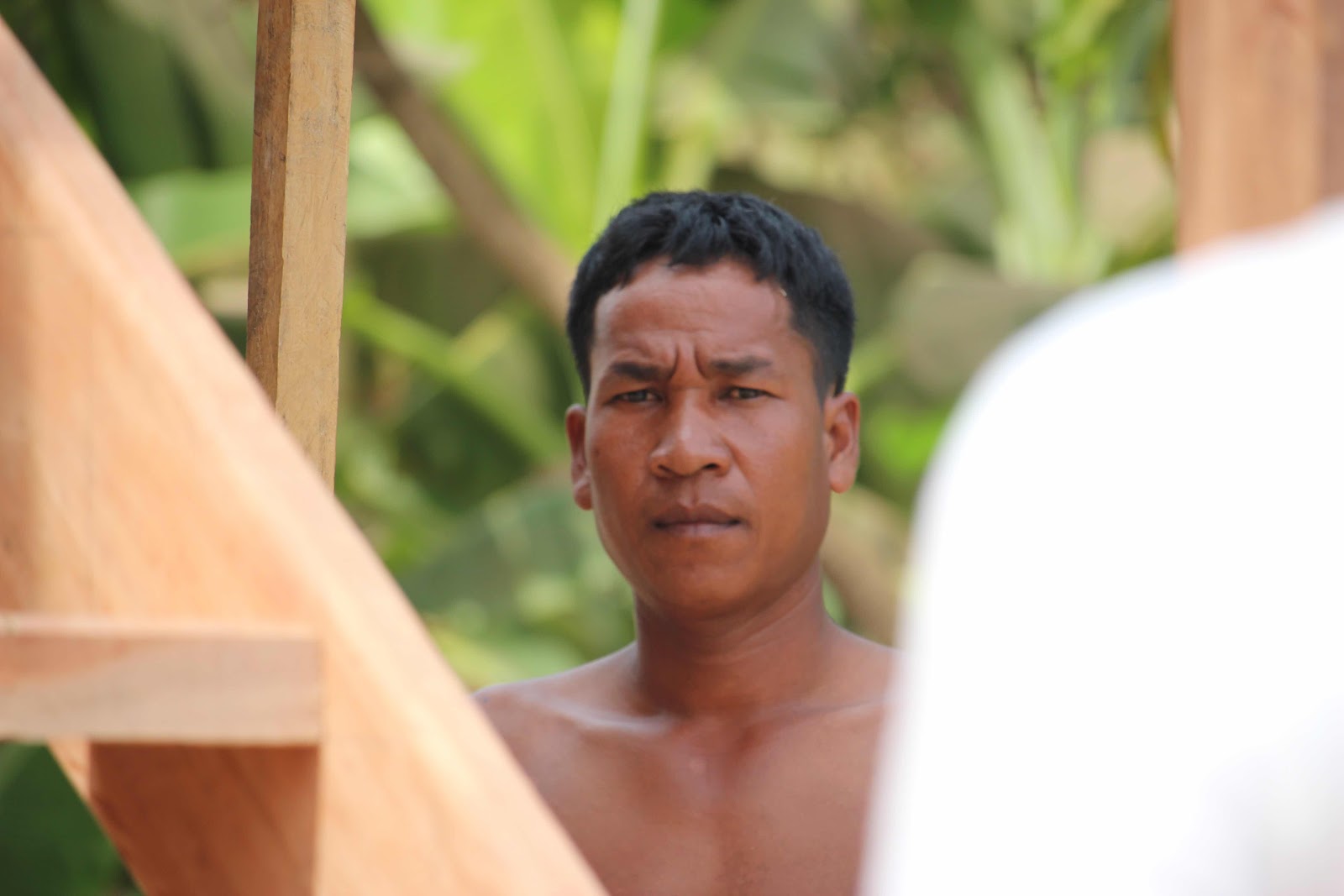 The mom and dad of the three kids are hard working folks.  Mom is deaf and Dad is often at work in the fields.  They were both at the house yesterday afternoon when I arrived.  The children were at school.  I wanted to let them know that I had bought some paint, brushes and canvases for the kids.  So, I drew a picture to let them know.  They both got it right away and were soberly grateful. 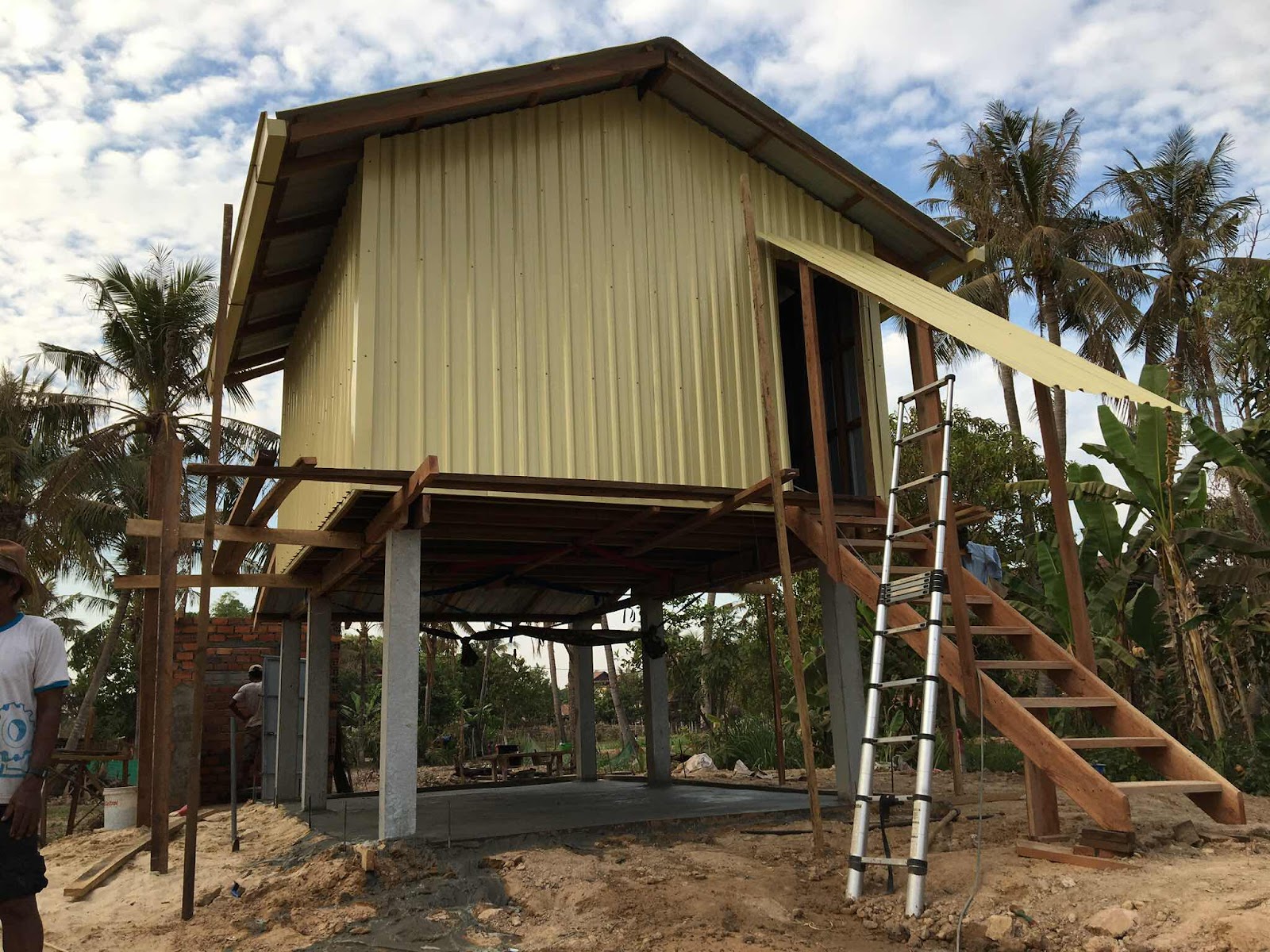 ;The day ended with the concrete pad getting poured.  It is a tradition, when possible, to get the property owner to imprint their hand in the concrete.  Lee called Van over and helped press her hand into the soft layer of concrete right at the surface of the pad. 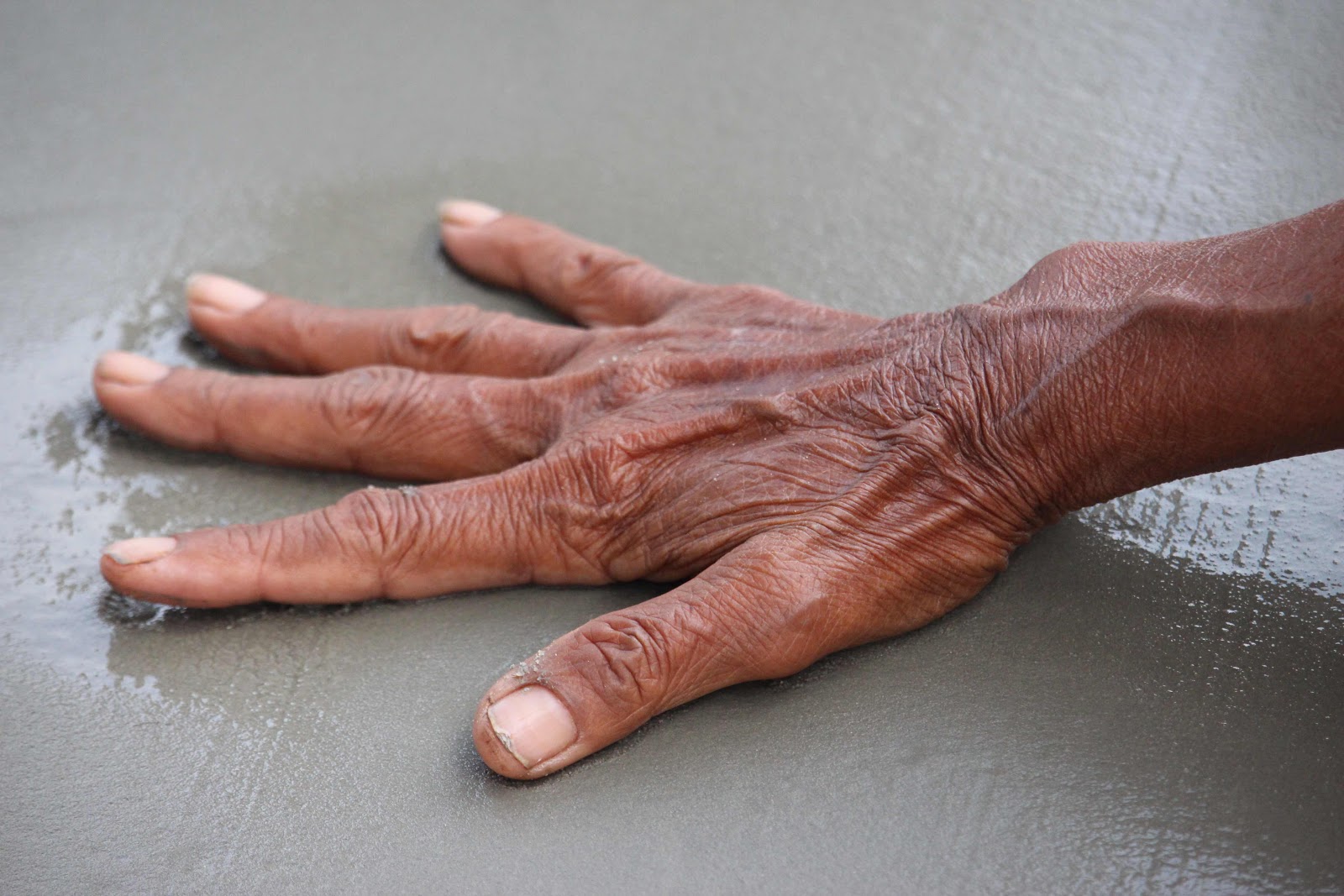 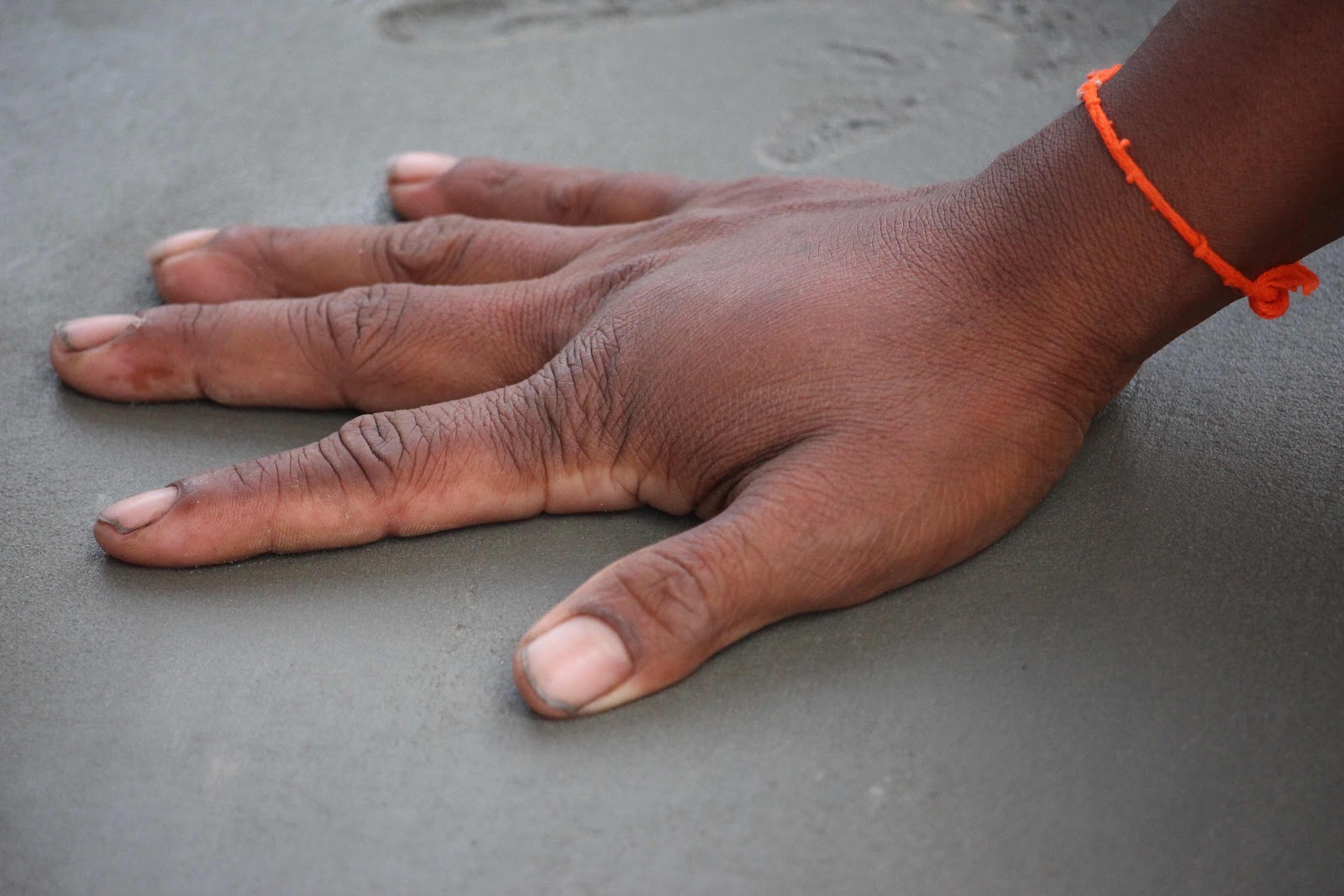 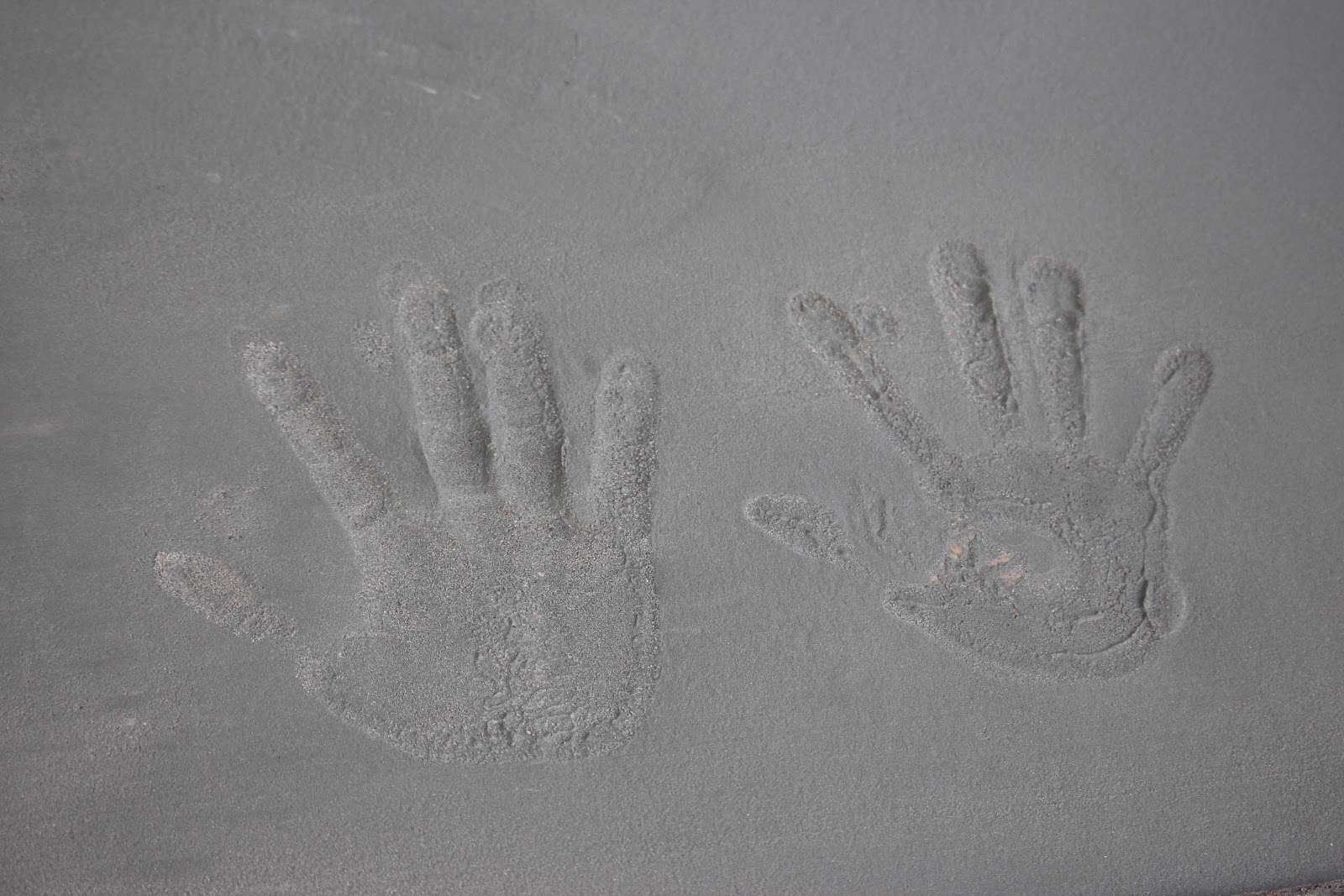 Ruon (the son) was next, as he will likely inherit the property when his mother passes.  His imprint didn’t leave much of an impression, so he had to do it again with Lee pushing down hard.  This caused tumultuous laughter as his tiny mother had out imprinted him.  Ruon even laughed, which is a rare sight. 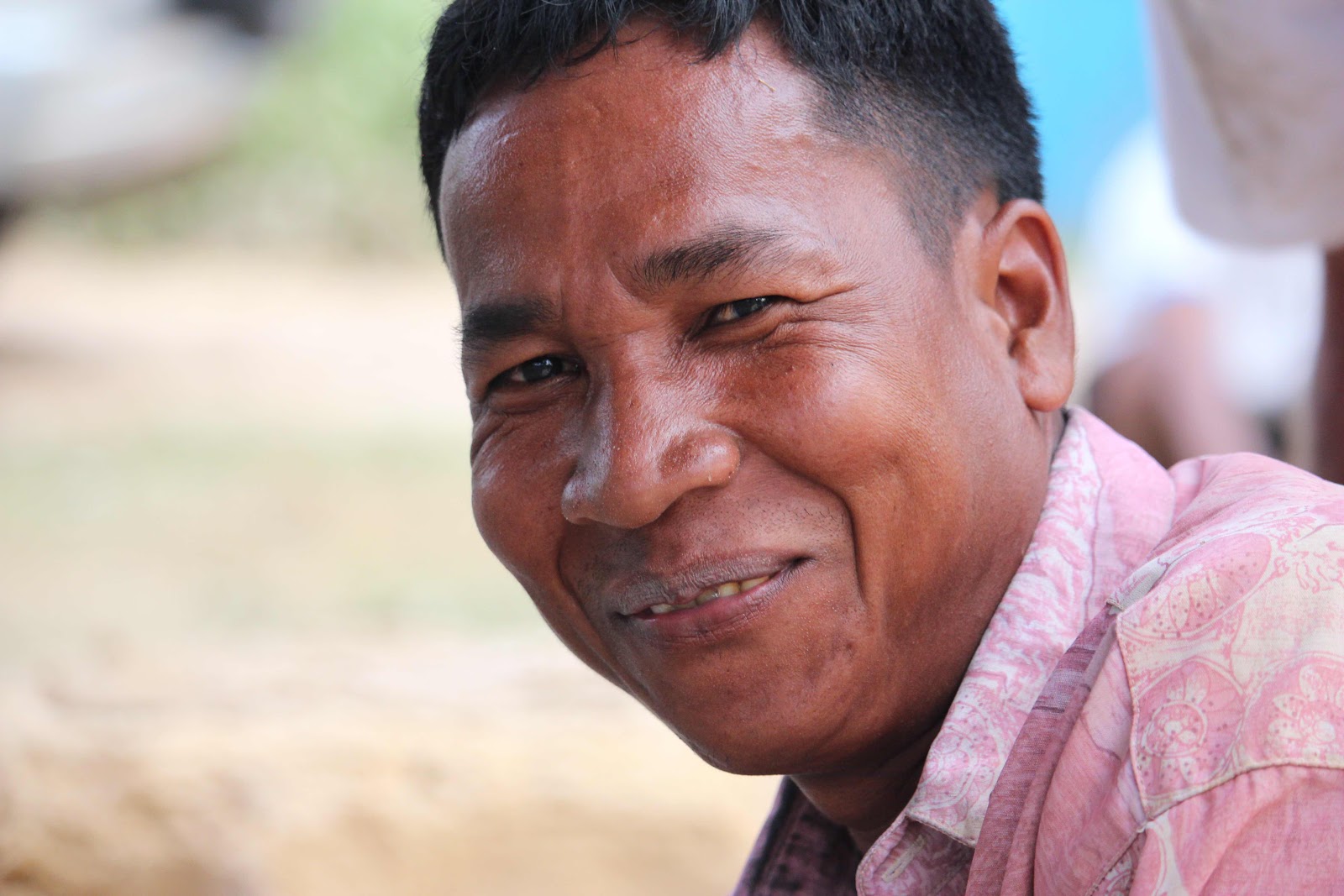 The children came home a few minutes after 5 pm.  The first thing they each did was go over to Van and tell her about their day and show her their work.  It was obvious that this has become the ritual and is was a precious moment to see. 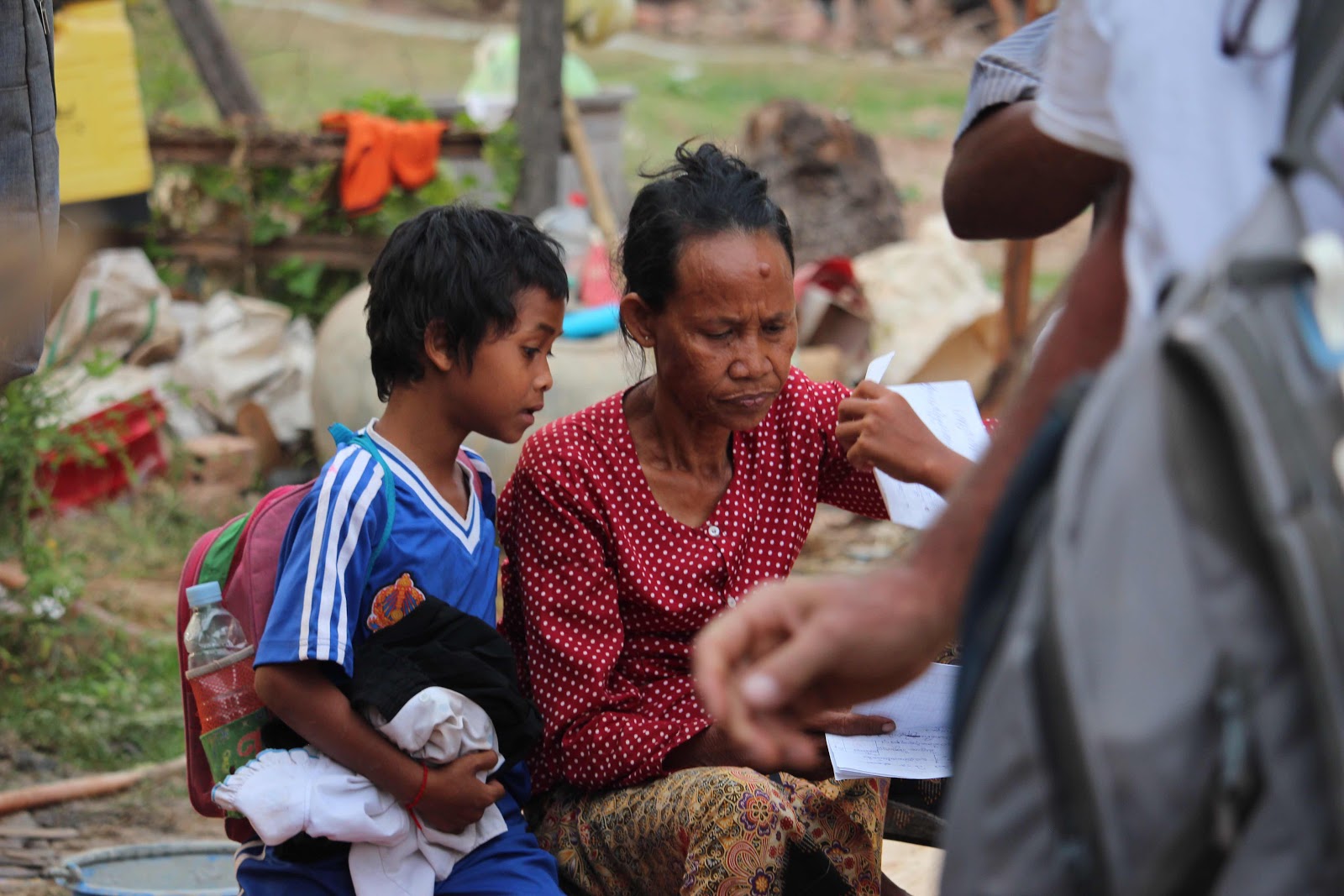 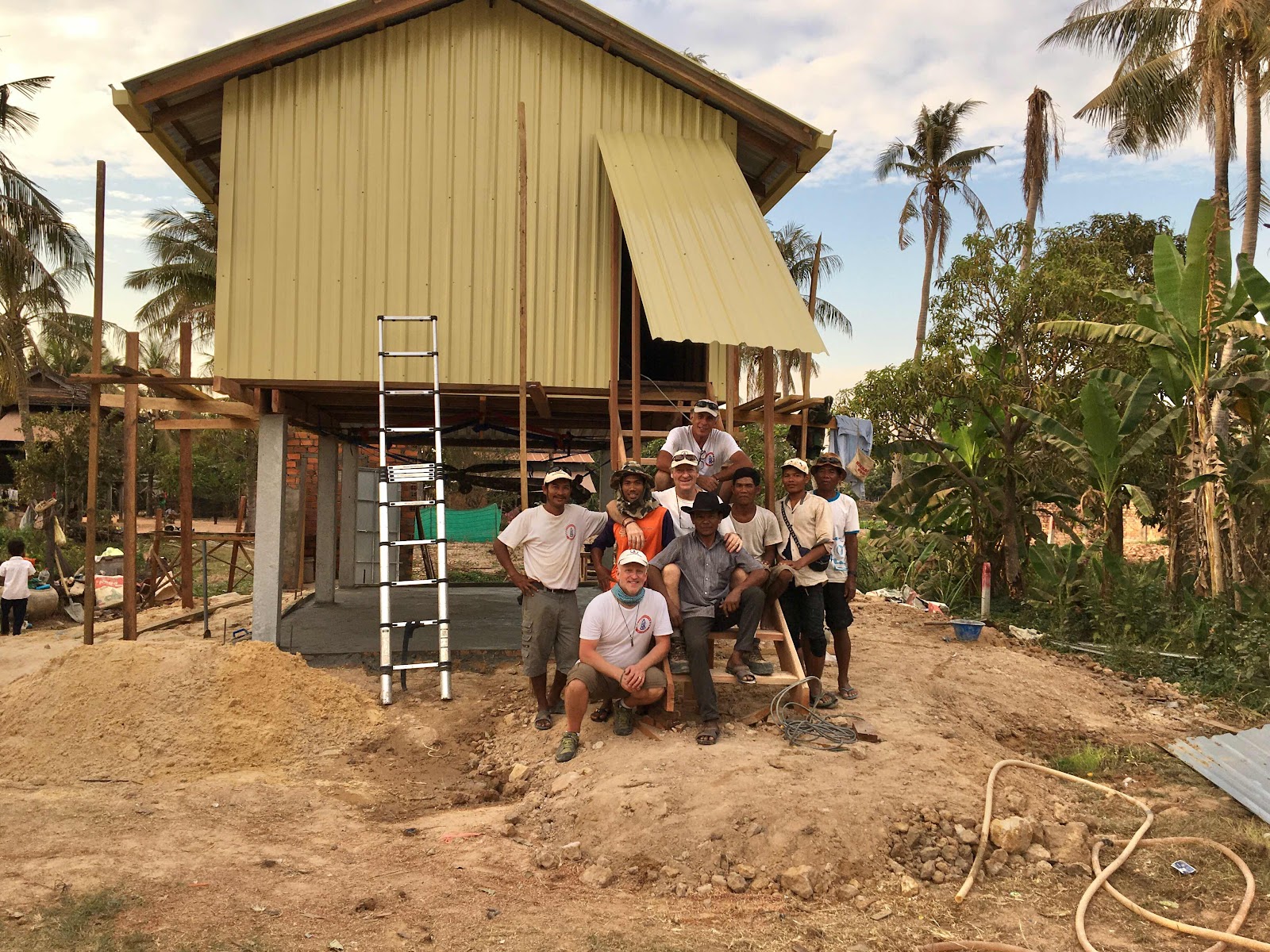 House number 4 (Van’s) is nearing completion.  The siding, roof, stairs, and concrete pad are all in place, and a lot of work has been done to turn their half completed latreen into one of the nicest bathrooms on the block.  Today will be all about installing windows and the door, completing the bathroom and putting a small concrete pad at the base of the stairs.  We will also accompany Kent to the big market to purchase the starter packs for the two homes that we will be gifting to families tomorrow.
The day ended with some celebratory beers with the crew; thanks for a job well done.  There were some fantastic smiles all around. 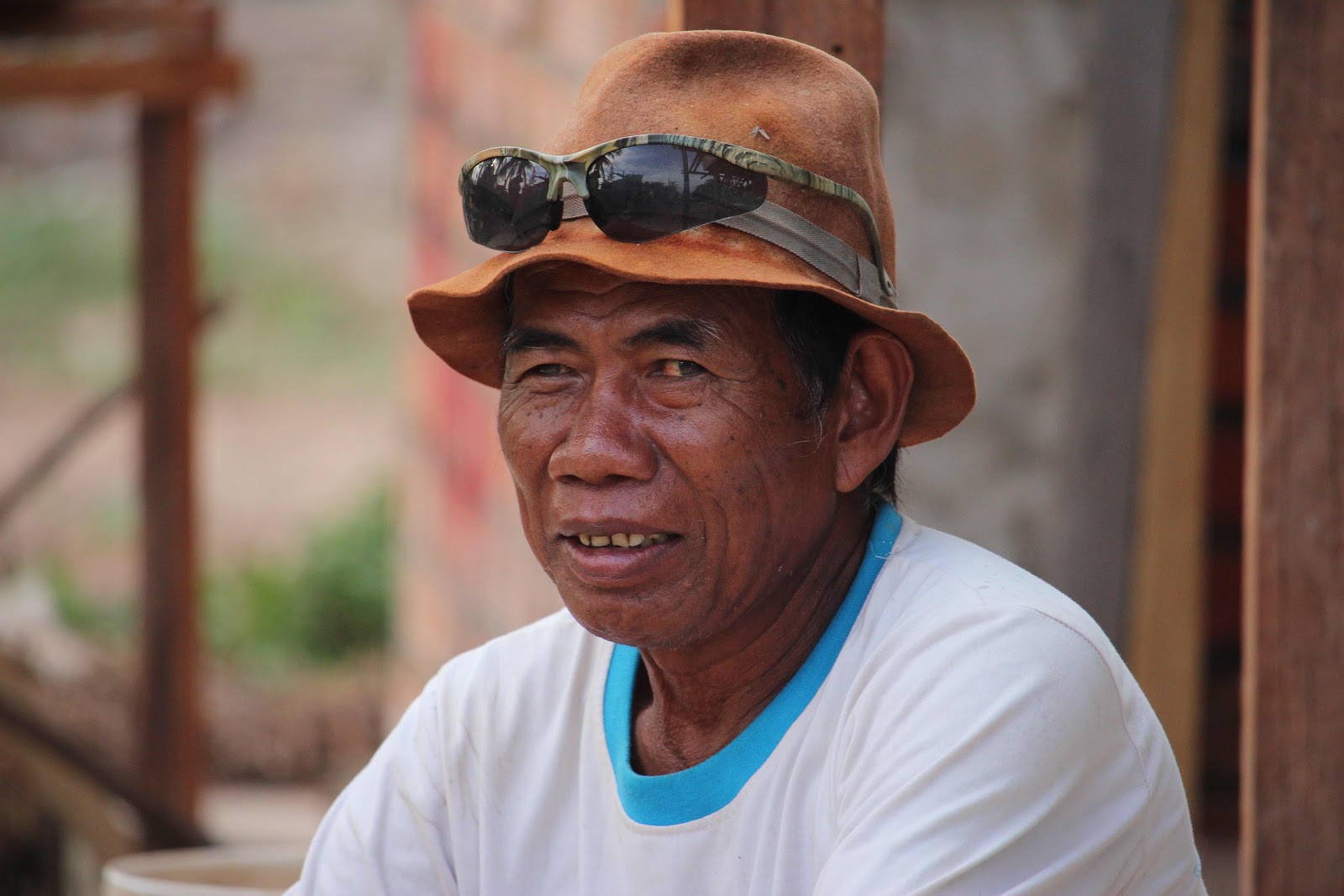 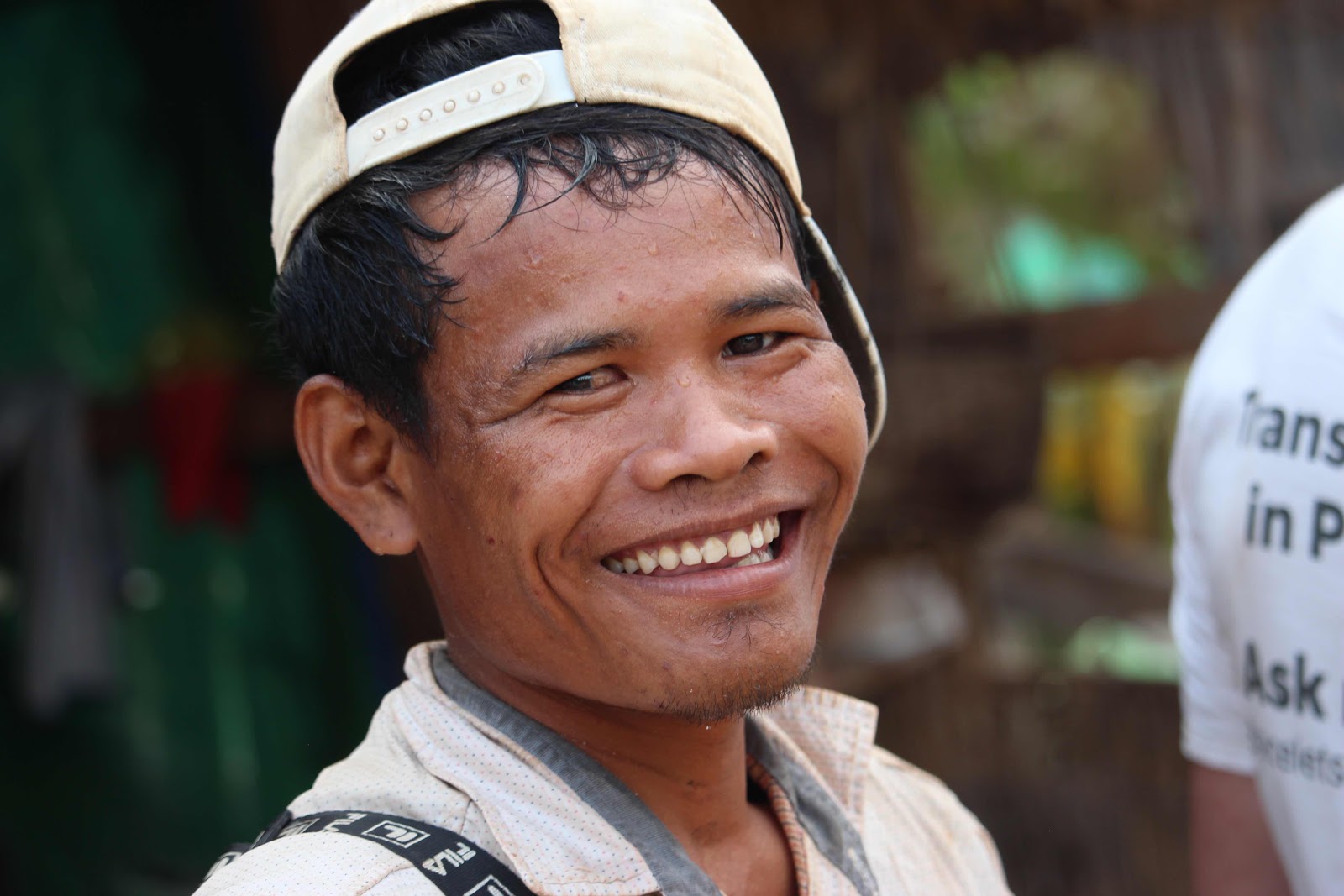 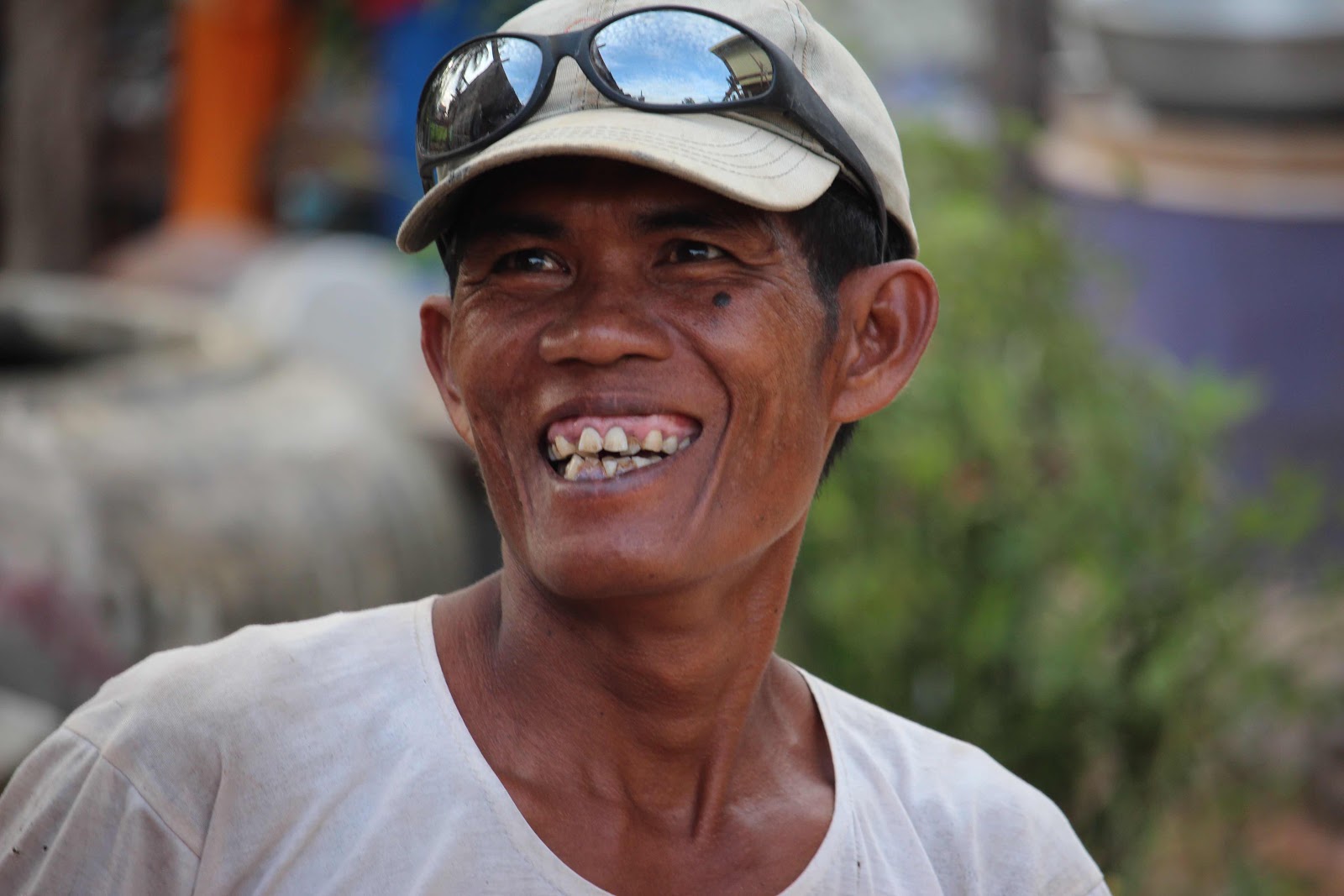 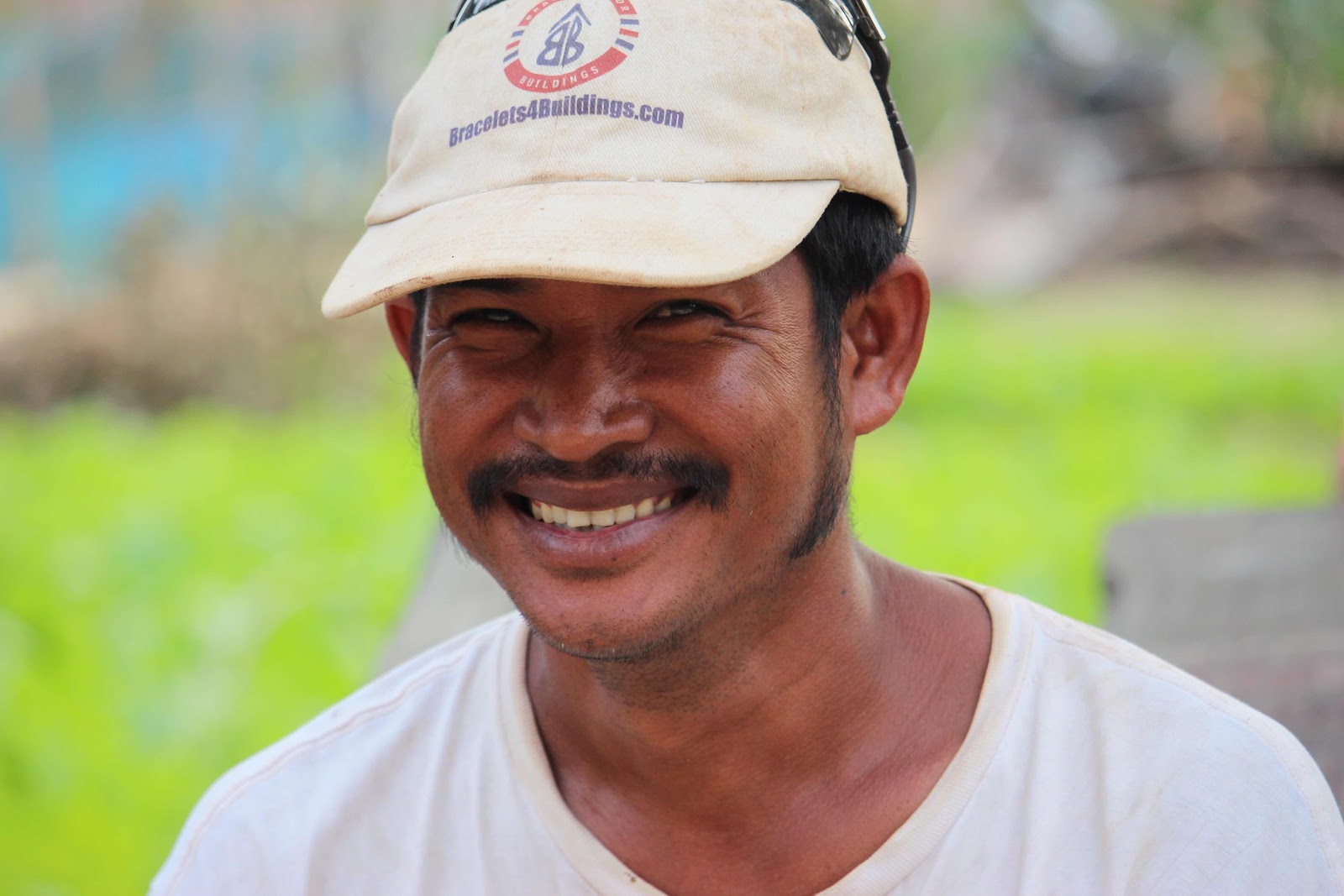 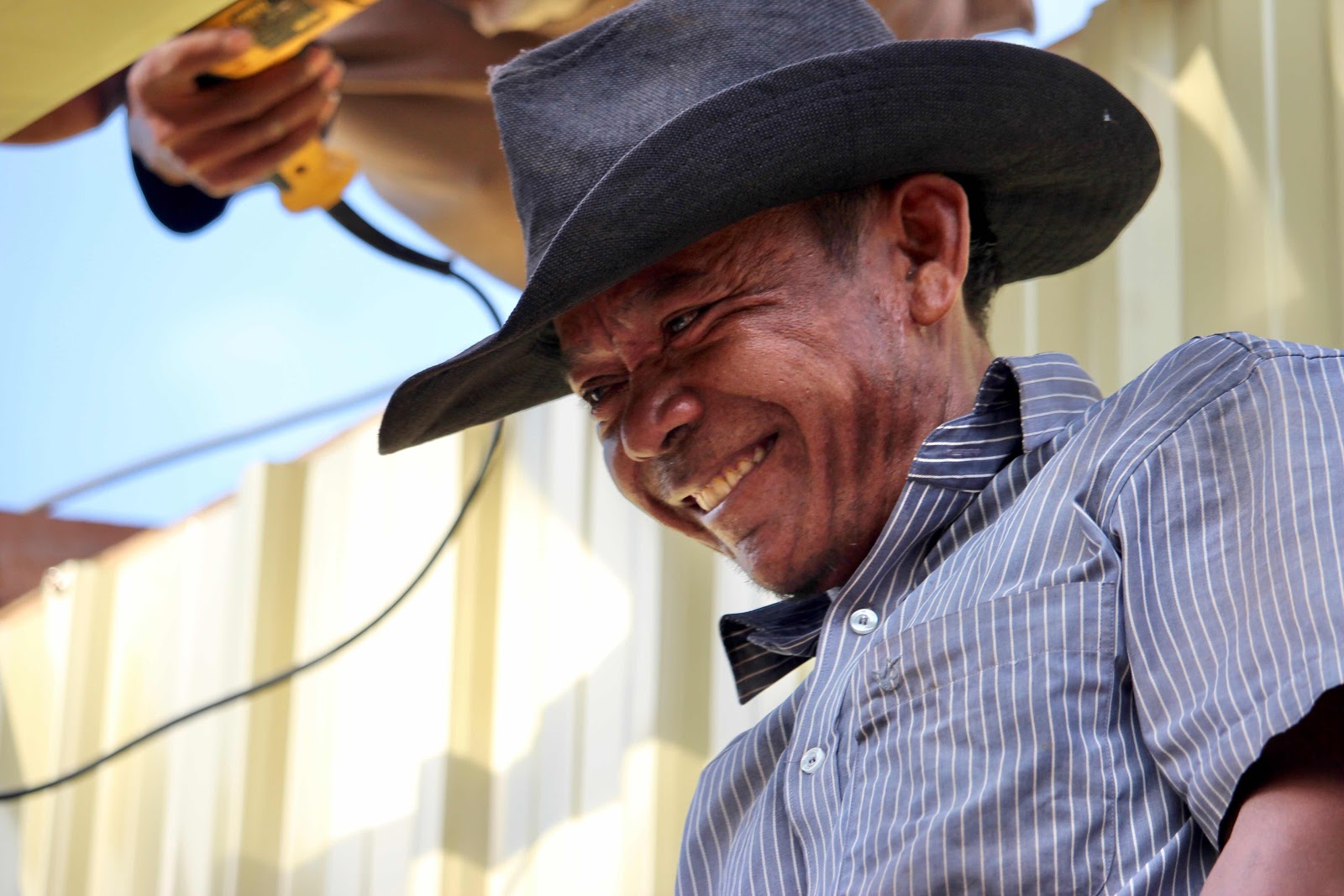 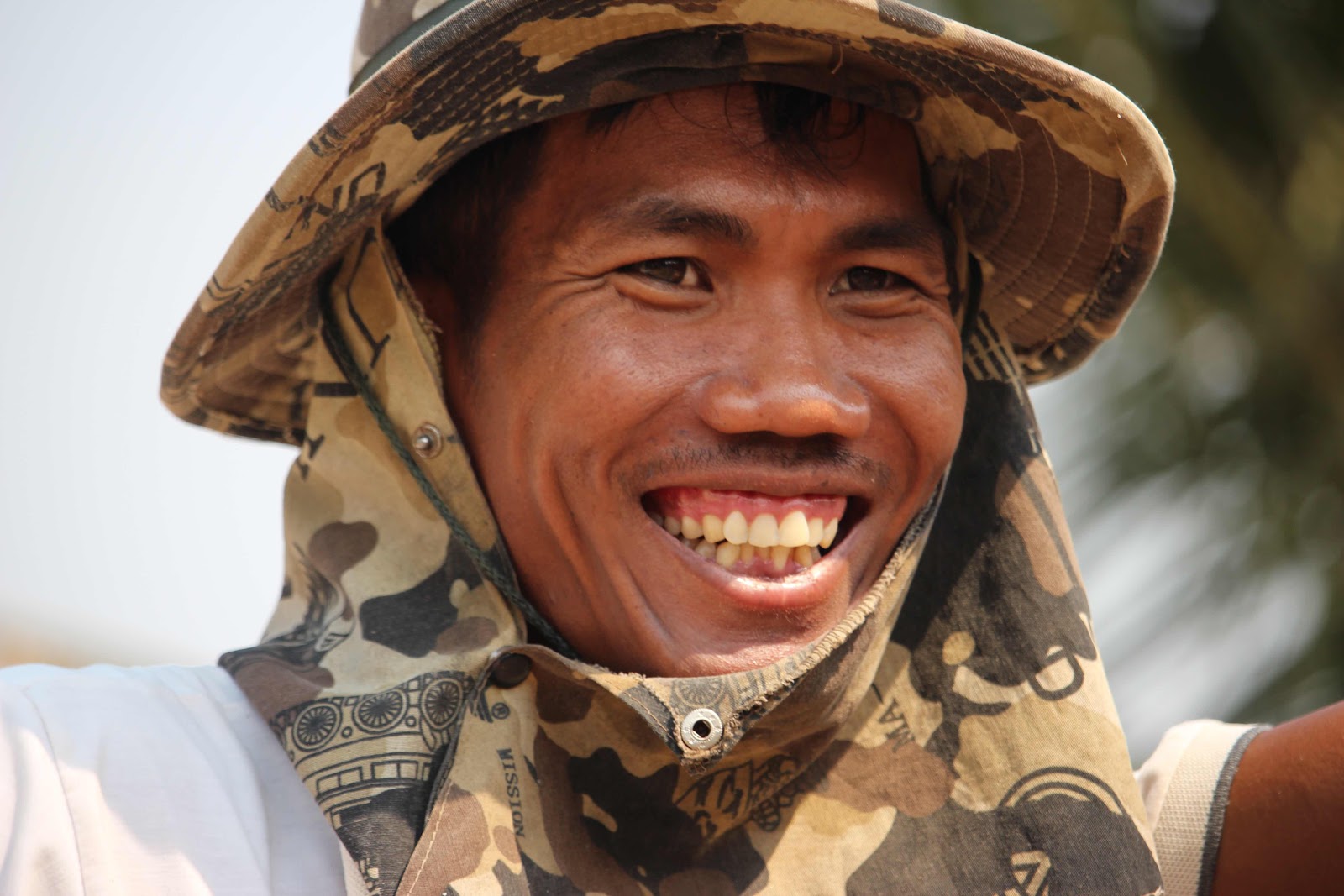 Rob and I went to our favourite restaurant for dinner, both enjoying Beef Lok Lak.  We then wandered over in the direction of Genevieve’s Fair Trade Village where we were able to meet the amazing Naret and have a wonderful visit with Rick Wakeman, a Canadian expat who runs this amazing place that teaches land mine survivors and people with disabilities skills that they can turn into products that get sold to tourists. 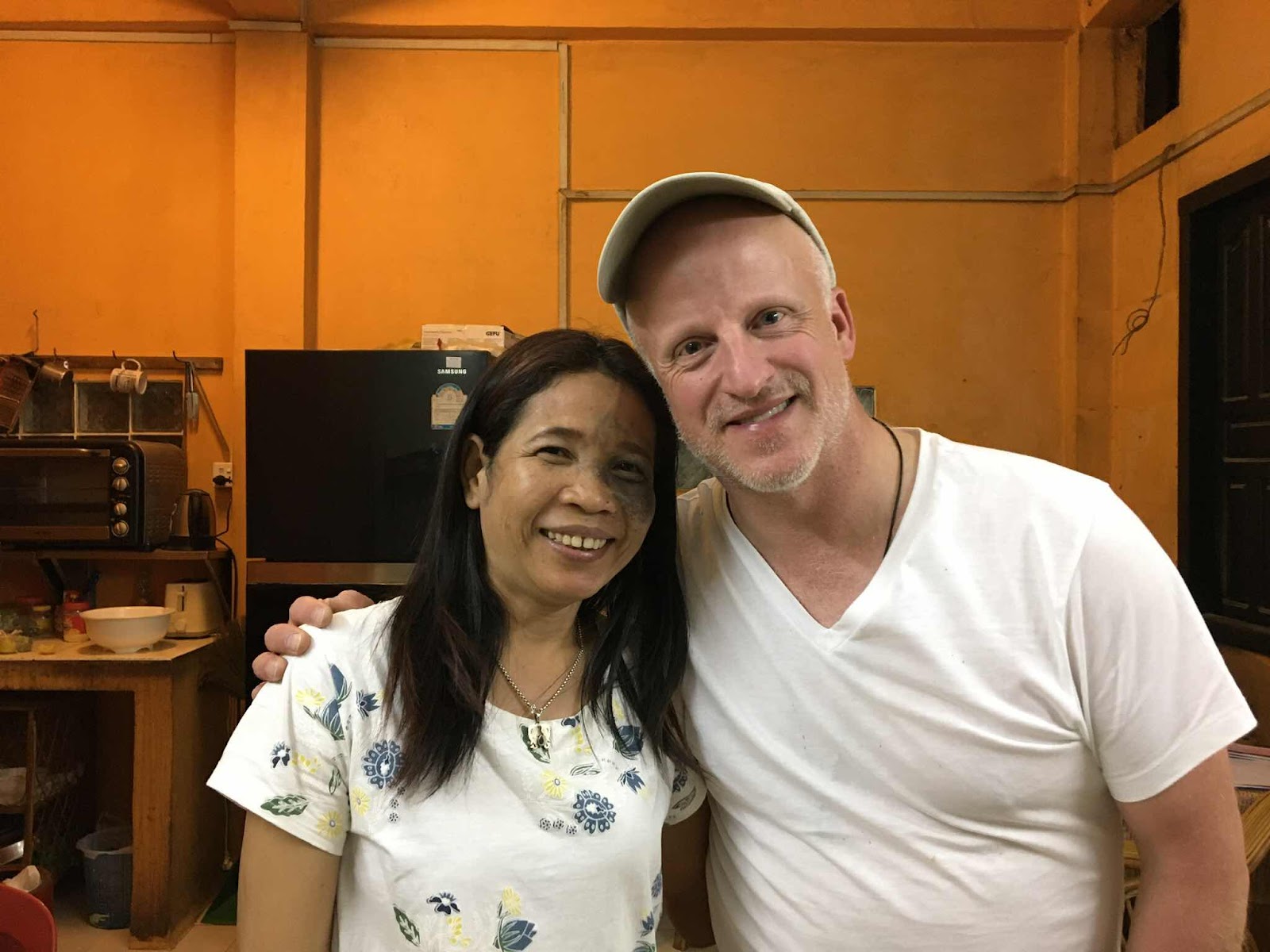 I should end the summary of the day by going back to the beginning.  I stayed behind at the condo in the morning to paint with 10 year old Lisa, the landlord’s middle daughter.  Rather than painting something specific, I thought it would be fun to introduce her to the idea of collaborative painting.  We had a fantastic time. 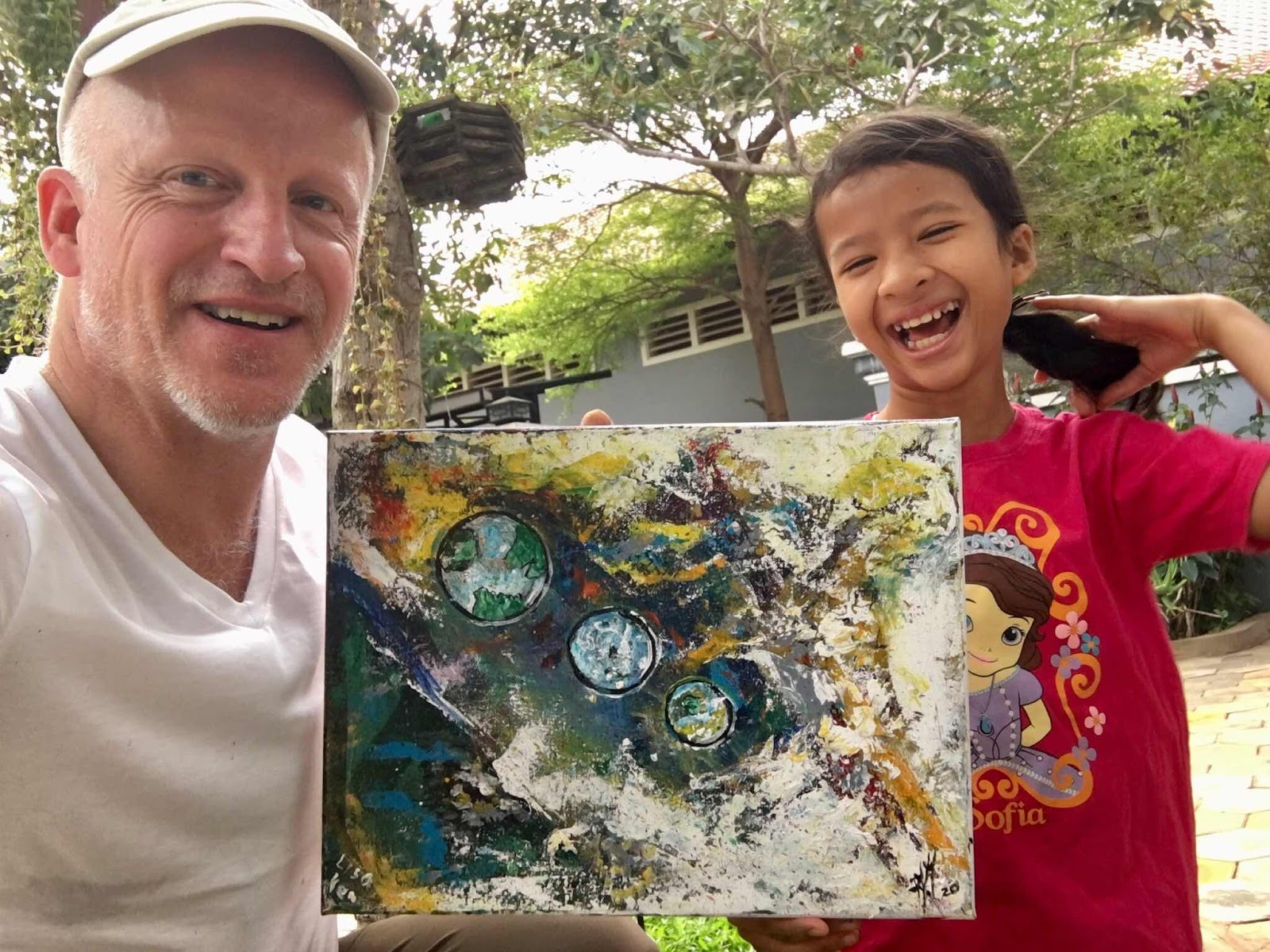