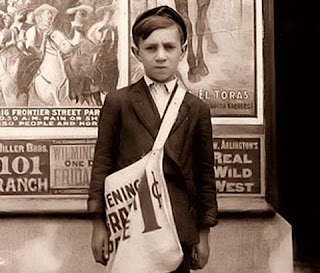 As the newspaper industry tumbles toward oblivion, what will replace it as the public record?
Here in Fort McMurray the daily is a speck on the balance sheet of a Leviathan headquartered across the country, in French speaking Canada. I have tremendous respect and admiration for the reporters who try desperately to practise good journalism, but they are stymied by shrinking editorial budgets and a lack of support from head office.
When our childrens' children look back on the history of this time, where will they look and what will they find?
I spoke out a number of years ago about the complete absence of local arts and culture stories. I cried fowl over a Friday Entertainment section front page that featured a scandalous story about comedian Chris Rock's mother, this on a weekend when a number of wonderful events were occurring locally. I typed out some comments on the popular mymcmurray.com website and by Monday morning my phone was ringing.
"We're short staffed," uttered the editor of the time in their defense. "We do our best, but head office is cutting back, and the days of a dedicated arts reporter are behind us."
And so it went and so it goes. Where does that leave us and who is telling our story? Where is the public discussion about the issues of the day? Who will spark public debate like editorial luminaries of the past like Michael Hall and Darrel Skidnuk?
I'm reading a book called Made to Stick by Chip and Dan Heath. In it they tell the story of the Daily Record, a small town newspaper based in Dunn, North Carolina. The Daily Record boasts a penetration rate of 112 percent, the highest penetration of any newspaper in America. Founded in 1950 by Hoover Adams, the Daily Record's success is rooted in an editorial philosophy that is relentlessly local. Adams is a self-described zealot for local coverage.
In 1978 he wrote a memo to his staff, frustrated with the dwindling local content. "All of us know that the main reason anybody reads a local newspaper is for local names and pictures," wrote Adams. "That's the one thing we can do better than anybody else. And that's the thing our readers can't get anywhere else."
"Names, names, names," was the rallying cry of the Daily Record.
If our daily refocused on all things local--our people, our pictures, our stories--I wonder if it could beat back the death knell clanging through the global newspaper industry. I wonder if it can remain our public record, or if the record will move online like everything else?
May 5, 2010 - 192 pounds, 28.8% body fat
Email Post