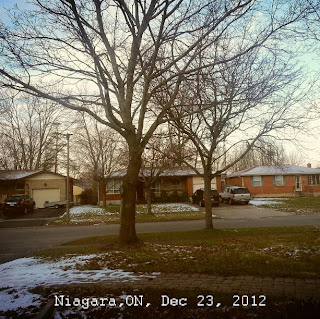 A former Fort McMurray (thanks @local_lux) shared a picture on Twitter of what the morning is like in Niagara, Ontario today: sunny with a few clouds and a balmy plus one.  We are quite the opposite in Wood Buffalo as the "feels like" number edges closer and closer to -40.  For me, the magic and miracle of Christmas is embedded in snow and cold.  The year that we hit plus temperatures around this date was just plain strange.

We are creatures of memory, of things that are familiar and normal, be they good or bad.  Christmas as a child for me was a time of family, holiday lights, treats, presents under the tree, and a fort going up in a backyard full of snow.  Christmas as an adult is much the same, the only difference being that the fort is going up in the front yard. 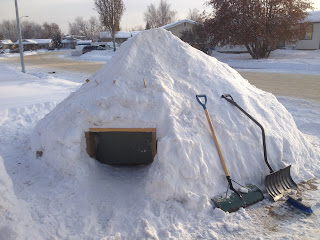 For others, Christmas was a darker time, when stress peaked, demons emerged and sadness descended.

For some, it was a time a intense loneliness, when the spectrum of feelings - of regret, longing, loss - came into sharp focus.

Christmas is many things to many people, and I would posit that when you run into someone who is a little grumpy, agitated, possibly rude, and maybe even a little distressed, it is a time for forgiveness, empathy and kindness.  We can't possibly know what is happening or has happened in that person's life, week or day. 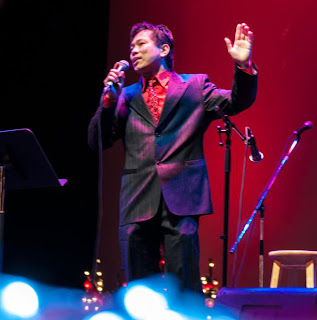 Last weekend, I emceed THE REASON concert, an annual holiday musical celebration that raises money for charity.  There were many outstanding performances, but there was one person in particular who put so much into perspective for all of us.  Ronald Llemit is a young Filipino man who was super excited to perform on the Keyano Theatre mainstage.  You see, Ronald was eager to have a friend capture the performance on video so he could share the moment with his wife and daughter back in the Philippines, a wife and daugher he has not seen in three years and 11 months.  I couldn't imagine what was going through his heart as he belted out those beautiful songs.  I got a note from him late last night letting me know that the visas came through for his family and they will now be able to join him in Canada.  I can't imagine what is going through his heart now, but I can't help but smile.

I was at the checkout last week grabbing a few presents, waiting for the fellow in front of me to pay for his things so I could get my turn.  It was clear that the morning had not gone well for this beleaguered store manager, as her words belied what was clearly showing on her face.  After scanning my items, she launched into her up-sell pitch for deeply discounted treasures piled up along the back wall.  I thanked for for her diligence and actually said yes to the offer, as it solved a lingering gift-giving conundrum.  Her face brightened up immediately, and she immediately shared with me the fact that her store, among stores scattered from coast to coast, had sold the most of these up-sell items the previous year and she was excited to do it again.  In the days that followed, I was back in that store more than once , and each time I got a cheery hello and "Welcome back."

It's not terribly romantic, but I promised Heather that I would replace the aging sink and toilet in her bathroom as part of her gaggle of Christmas gifts.  I've become a familiar face in the plumbing aisles at Home Hardware the last few days, returning several times yesterday with Tim, our journeyman plumber/neighbor who was helping do the install.

"You've been here so much you should qualify for frequent flyer miles," she beamed as I once again rounded the corner and made a beeline for sinks and tap sets.  That smile, authentically given, made my day.

I'm not much of a shopper; I generally hate the activity, but this week of going into stores and engaging with over-worked and largely unappreciated sales clerks has been fun.  Every single one has been helpful, eager to smile, laugh and engage. 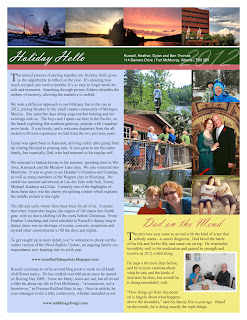 I finished Christmas preparations yesterday after a full week of doing Christmas cards, our annual Holiday Hello picture-laden family newsletter, shopping and wrapping.  With a good book on the go - New York by Edward Rutherfurd - time on my hands, frigid temperatures outside, presents under the tree, and family near, it's time for Christmas.
Email Post