In many ways, you can say that this journey began a long time ago - almost a year actually - when Michael Beamish began interviewing residents about this place we call home.  Those conversations, combined with good research and plenty of artistic license, intermingled to grow into Hometown...The Musical!, a script that was handed out to the core ensemble of the production during our first singing rehearsal yesterday.

I was asked by Claude Giroux, the director of the show, to play Grandpa George, a man "as old as the hills", the fifth person hired to work at GCOS (Great Canadian Oil Sands), or what eventually became known as Suncor.  My mind keeps going to Dustin Hoffman in Little Big Man when he portrayed Jack Cobb, looking back on his life as a 121 year-old man who had been raised by an indian tribe and who became a scout with General Custer.  I see myself spending considerable time in make-up by the time we are into full dress rehearsals in February. 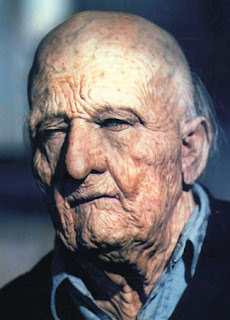 Music Director Susan Lexa introduced us to the first three ensemble songs over a six hour stretch yesterday: "Sweet Home Alabama", "Hometown" and "Celebration". Gathered in the room were an equal mix of guys and gals, of all ages and all levels of experience. 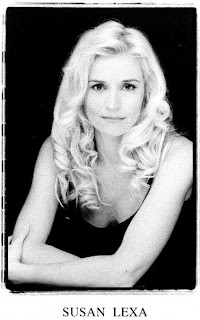 "This is about having fun," said Susan, trying to calm the nervousness of some of us who are not musically  trained or super-experienced in the execution of stage musicals.

For my part, I can look at a sheet music and recognize a lot of things: rhythm, time signature, repeats, and various musical directions that poke at the embers of memory from my band years.  But the fact is that I couldn't point out an A, E#, or Bb if you put a gun to my head.  Theory has never been my strong suit, though it's something I aim to tackle before I shuffle off this mortal coil.  It is a language that I would like to be able to speak.

I am not alone in this journey that will end with the staging of the musical with the largest cast in Keyano Theatre Company's 33 year history.  I am surrounded by talented and eager community members who want to be a part of telling the story of us.  Among them are well-known people like Krista Balsom (YMM | Your McMurray Magazine), Ben McCully (KROCK), Reinalie Jorolan (Foreign Wingse), and Greg Scarborough (Deputy Chief of Bylaw Services). Mayor Blake is written into the script as are a couple of our morning radio personalities, Jerry Neville and Nolan Haukeness.

The core ensemble and characters will be joined by even more people who will populate the setting of Hometown, which is the new YMM airport terminal.  We'll have a band, choir and dancers who will comprise a compliment of performers that is expected to be north of 120 people by the time the curtain opens on February 15th. 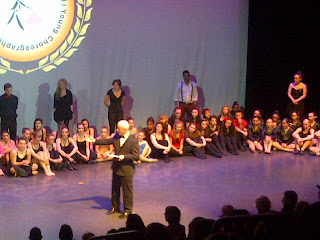 I had a small taste of the size of the show last night as I emceed the third annual Young Choreographer's Ball at the Suncor Energy Centre for the Performing Arts.  As the 100+ dancers who had performed lined the stage waiting for me to announce the three winners out of the 18 choreographed pieces that were presented, I asked how many of them were going to be in Hometown...The Musical!.  A gaggle of hands shot up in the air, from left to right, beautifully illustrating that there are going to be a lot of us in the story about "us".
Email Post