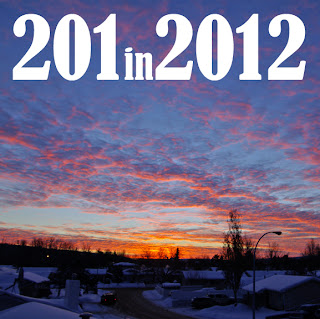 I wrote 200 blog posts in 2012. This final one will make it 201.  It would be an onerous task to read them all, though it's something I should try to do eventually.  If anything, it would rekindle the embers of memory.  I've toyed with the idea of hiring someone to go back and read them all, back to the very beginning - December 27, 2009 - when I began this writing adventure that started as a weight-loss incentive/inspiration device.  It would be interesting to get an outside opinion on my writing, though opening myself to that kind of criticism could be more painful than profound.

1985 was the year I graduated high school. In 1986, we produced A Man For All Seasons, beginning my free wheelin' wild 'n' crazy Newman Players period in Saskatoon. It was in 1989 that I began my decade-long radio career at CKNL in Fort St. John. I was married - the first time - in 1991, though I'm not 100 percent sure about the year -- that time of my life is rather murky. I made my inaugural drive down Beacon Hill in 1996, helped usher Dylan into the world in 1999, and went on my first date with Heather in 2001.  Ben came along in 2003.  I started a new job at the College in 2006, the same year we traveled to Italy.  I was elected to council in 2010. What waves will ripple out over time carrying fragments of the year about to pass? 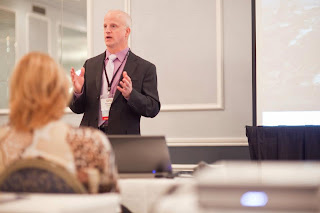 Two significant challenges were on my mind as 2011 rolled into 2012, as reflected in several of my blog posts in January.  I was beginning to wrap my brain around what I would present about social media if I was selected for the inaugural TEDx Fort McMurray event.  At the same time, I was ruminating on a similar, yet different, social media presentation for colleagues at the NCMPR Conference slated for San Francisco in March.  I stewed over both for months. Each in their own way proved to be great experiences and highlights of the year. 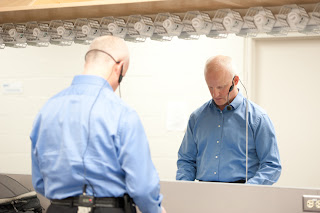 Looking back on my posts I am reminded of the personal health journey that I embarked upon in the wake of my dad's cancer diagnosis and surgery.  I was monitored, poked, prodded and examined from top to bottom - all in an effort to exercise due diligence.  And while they discovered some slight ticker anomalies, overall I was in excellent health.  The Ideal Protein journey that I wrote a lot about in 2011 marked a life-changing reset for our entire family.  Heather and I were talking last night about how much has changed with our diet.  Back in the day - not so long ago - we were well supplied with frozen juices, an assortment of soft drinks, and an abundant supply of snack foods at the ready.  Today we have milk in the fridge and water in the tap.  Salads are a part of almost any dinner meal, and unhealthy snacks have not darkened our cupboards in many months. 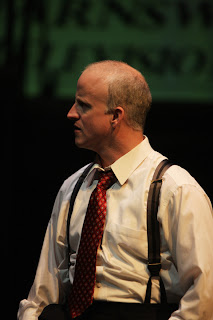 I wrote about the arts a lot in 2012, promoting, encouraging, reflecting, and at times, chastising. The Journey to Hometown series, started late in the year, picked up where the Farnsworth Chronicles left off in the spring - trying to pull back the curtain on the beauty and wonder of what goes into putting Keyano Theatre Company productions together.

A number of times, posts took on lives of their own, stirring up controversy, debate and headlines.  In May, I responded in a very personal way to the tumult that was created following staff - specifically, fine arts faculty - cuts.  I shared my perspective and my profound belief that Keyano was not backing away from the arts.  I maintain that position seven months later and can demonstrate that we are continuing to build energy, participation and appreciation in this area.

In September, one of our local media outlets decided to make a post regarding the Waterfront Program the top story in their morning news run, thinking I had gotten ahead of myself in sharing information about this very public vision for our community.  What they didn't know, is that I am super cautious in terms of what I share and how I share it, especially as it relates to the two organizations I serve and represent.  And while I'm prone to making mistakes just like anyone else, I am very careful when it comes to sharing my opinions in the public realm.

Writing this blog is one of the great joys in my life.  It is the consistent creative outlet that gets me up in the morning and keeps me alert throughout the day.  I listen. I learn. I question. I chronicle. I archive. The Middle Age Bulge blog allows me a forum to share a small slice of our life in Fort McMurray, Wood Buffalo, Alberta, Canada.  Thanks for reading. Thanks for sharing.  Happy New Year.