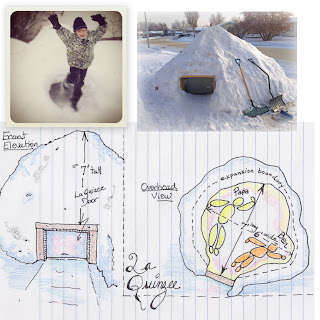 On Festivus - a holiday celebrated by those who have had it with the commercialism and pressures of Christmas, popularized by writer Daniel O'Keefe in a 1997 episode of Seinfeld - I spent several hours on my belly and back inside the quinzee that we've been building at the end of our driveway, making the cavern larger and taller.

It was Ben who began this adventure in early November, burrowing out a substantial hole when the pile had reached the six-foot mark.  He initially went in from the street side.  In mid-December I started going in on the opposite and protected side, away from the pedestrian traffic on the sidewalk and the wind.  Ben and one of Dylan's friends chipped in last weekend and connected the two holes creating a rough tunnel. 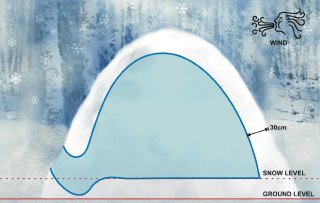 Councillor Phil Meagher introduced me to the term "quinzee", essentially a substantial pile of snow that you burrow into, creating a protected space to sleep in when you're out in the wild.

"If you build it right and put a few candles in tin cans with holes poked in the top, you can warm it up so it's quite comfortable - between 5 and 10 degrees," he said.

He shared that if you're doing this out in the bush, you'll need to create a big pile and let it settle for a few hours before beginning the excavation.  His suggestion was to use sticks stuck into the pile about 6-inches, to make sure you don't dig out too much.

"The candles will melt the ceiling inside the quinzee which will in turn freeze throughout the night.  The next day that cavern should be strong enough for several guys to stomp on." (Though, if you're trying this at home, make sure everyone is out of the quinzee before you attempt the stomping.)

I tried the candle thing with our quinzee shortly after installing the door.  I decided to build a frame and a swinging hatch as I couldn't negotiate any other reasonable method of closing off the opening.  Then we brought in a few candles, letting them burn into the night, and in the case of the one huge candle, through the entire night and all the next day.  I couldn't say for certain whether it warmed the space much, to be completely honest.  Somehow, I think adding people is the essential ingredient in the warming process that Phil described.  The body heat we generate along with the candles would probably make the difference.

Using one of those folding angular shovels you keep in the car should you ever get stuck, I began widening out the cavern yesterday, carefully slicing off little bits at a time.  Gathering all the snow clumps with the shovel and my arms, I wiggled my legs and bum out the hatch.  With my snow boots out the door, I used my hands to toss the snowy white detritus outside.  Once outside, I grabbed the big shovel and threw everything I had tossed out from the inside back on to the top of pile, now nearing 8-feet tall. 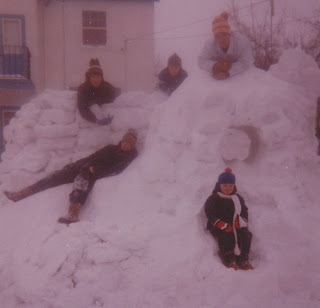 This is what we did as kids, largely led by my older brother Keith and helped by Dad and Mom, who would add as much snow as they could to the multiple piles, often connected by tunnels, adorned with parapets on the outside, and featuring carefully manicured ice slides. 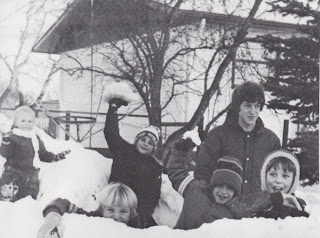 Each season's fortress became a favourite stop for the neighborhood kids, and much like yesterday, when the windchill was flirting with minus 40, we were completely oblivious to the cold. 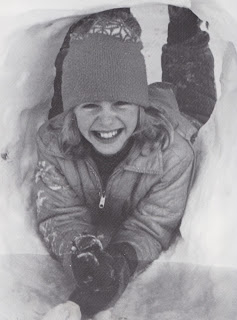 Our adventurous spirits kept us warm; a spirit that had a similar effect on me yesterday.
Email Post