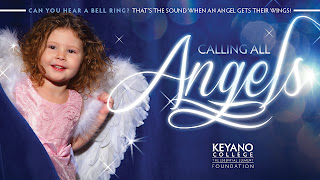 Last night, a hearty group of volunteers gathered in and around the offices of the Keyano College Foundation to begin the Calling All Angels phone-a-thon, a campaign to connect directly with the hundreds of individuals who comprise a distinguished group of subscribers and Theatre Angels, past and present.  The phone approach had not been tried in a long time and it was my first experience with such a fundraising effort. 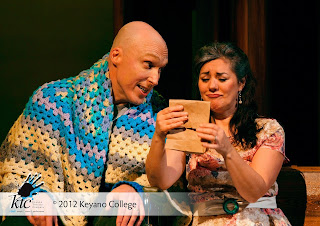 What was immense fun was connecting with people who were vocally effusive about Calendar Girls, a show that created a positive buzz with those who saw it, but also those who didn't.

"I was working," said one person I called.  "But I heard it was absolutely wonderful."

Several callers were either tapped out financially, or were in circumstances that didn't allow them to participate in the Theatre Angels program.  One lady was particularly upset that she didn't have the means to assist.

"I'm so sorry," she said, almost in tears.  "I don't have any money to give, but I have lots of time between now and the New Year.  So, if you need help with anything, anything at all, please give me a call."

If that isn't big spirit, I don't know what is. 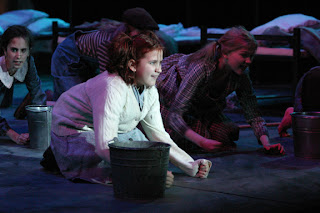 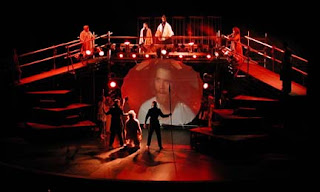 Heather and I have been Theatre Angels since the program began, probably a decade ago.  A certain amount comes off my paycheck; I never even miss it.  The amount we give has grown over the years, but the reason for giving has stayed the same - because of our love for the arts and for the live theatre experience, both as a patron and a participant. 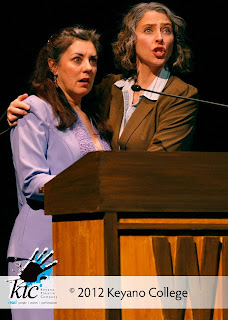 It was so heartening to see and hear the impact that a show like Calendar Girls had, not only on the audience, but on the people who brought the show to life, several appearing on stage for the very first time.  In many cases, they had a transformative, life-changing experience, forming bonds of friendship that will resonate long after the lines have slipped the surly bonds of memory.  Many will be back, hooked by the theatre bug that has a particularly pronounced bite.  All return to their regular lives a little sad that the ride has come to an end. 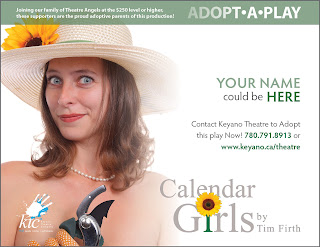 Seeing the list of Theatre Angels grow sends a very important message to our community, our staff, our funders - that the work that happens, on-stage and off, is important to building a better quality of life in Wood Buffalo.  I would encourage you to pick up your phone when one of our volunteers calls, enjoy a lively conversation, donate - if you're in a position to do so, and express your appreciation for the role that the arts and theatre play in your life.

If you haven't been called, or, if you're not on that list, you can click here and join our family of Theatre Angels right now.  And whether your donation is $100, $500 or $1000, the amount is secondary to the statement you will make about the value that theatre and arts bring to your life. 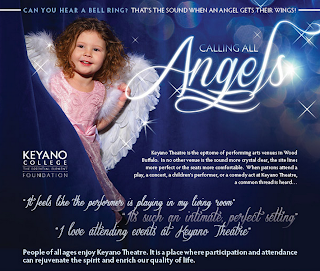 The benefits to becoming a Theatre Angel are many, from exclusive access to Syncrude Arts Alive tickets in advance of the general public to backstage tours to that coveted charitable tax receipt, but the most important benefit is more on the intangible side of the balance sheet.  It is that warm feeling you'll get knowing that you've caused a bell to ring and that another Theatre Angel has taken flight.
Email Post