There was an unforgettable moment yesterday as the ensemble took our first stab at "Fix You", a song by Coldplay, unfamiliar to many of us.  As Mackenzie and Jennifer sublimely brought it home with the final three lines, so haunting and powerful -- Lights will guide you home | And ignite your bones | I will try to fix you -- you could have heard a pin drop, then spontaneous applause.  In my three decades of doing thousands of hours of rehearsals, that moment would sit in the top ten for intensity and impact.

I talked to artistic director Claude Giroux last night, finishing up a Christmas community show in West Vancouver at the Kay Meek Centre.  He first heard the song underscoring an episode of The Newsroom, the latest television masterpiece by Aaron Sorkin.

"The moment I heard it, I knew it had to be in Hometown," he said.  "So, I sent a YouTube video link to Susan (Lexa) and Michael (Beamish) and they agreed immediately."

"Fix You" will not only appear, it will pop up in several scenes, providing one of the important musical themes that will resonate long after Hometown comes to a close.

I'm sure I'm not the only one gathering these songs on iTunes, creating the Hometown playlist, inspiring a small bump in revenue for some of these classic artists. 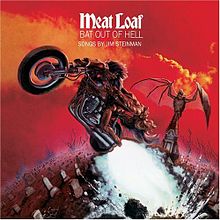 You would think it unlikely that anyone with a pulse does not recognize "Paradise By the Dashboard Light" by Meatloaf. But, with a cast ranging in age from 5 to 55, there appeared to be a fifty-fifty split in terms of recognition of this iconic song from my youth.  Tim, born in 1979, was totally unfamiliar with it.  By that year, I must have listened to that record hundreds of times, the words embedded in my brain as firmly as any national anthem or Christmas carol.

The core ensemble has grown in seven days, with the addition of a number of dancers who were involved in the Young Choreographer's Ball last weekend and couldn't participate in the opening salvo of music rehearsals.  The gathered performers now stretch three lines long, almost taking up the entire width of the rehearsal hall.  I'm still struggling with names, as the group is so large and we haven't had much social time yet.  I'm so excited by both the level of talent gathered and the number of new people participating in a Keyano Theatre Company production.

Hometown...The Musical! represents a lot more than telling the story of us, our community and region.  It signals a resurgence in community theatre and connectivity between cultures and artistic disciplines.  Dance, music, drama, video, art, design, media, and technology will all come together in the next 8 to 10 weeks to create something wonderful.  The relationships, connections, and energy that will be generated through this process will serve our community and region well as we prepare for the 2015 Western Canada Summer Games - an event that will feature a celebration of art and culture unlike anything we've seen before - and beyond, as we grow into a place equally known for artistic expression and appreciation as we are for our oil sands resource and big spirit.
Email Post