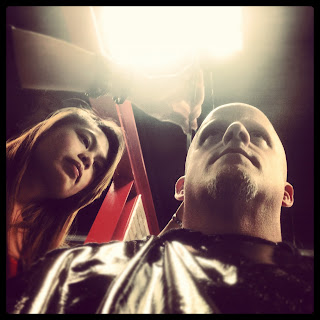 Dylan was literally shivering with excitement as he walked away from his first experience at Tommy Gun's, the much lauded men's grooming emporium.

"I told her to take some off the back, a little bit off the sides and some at the top," he said.  "Then she asked me if I wanted her to style it.  I said yes, and I'm so glad I did." 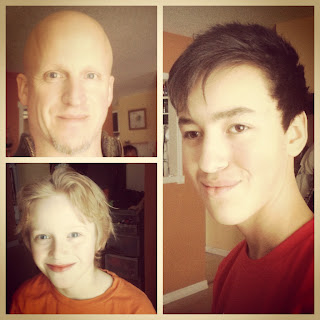 He was blown away by the results, the two rinses and the exquisite scalp massage.

I knew there was something special at Tommy Gun's when my colleague from work waxed eloquent about his inaugural visit on Facebook.  Like Dylan, he was gobsmacked at the personal service and the modest price.

"I was fully prepared to pay like seventy-five dollars," he said.  "When they said it was like thirty-two bucks, I couldn't believe it." 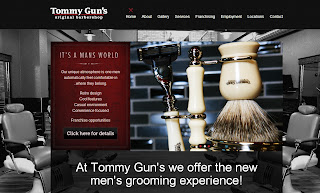 That assessment resonated in my brain as I made a commitment to myself to go in for a cut before heading back to work in January.  Driving past this morning after running some errands - fully expecting it to be closed - I was surprised to see the neon Open sign lit up.  I veered into the parking lot, clearly hearing the message from the universe that this was the perfect time to get 'er done.

The first thing you do when you walk in is sign-in: cell phone number, first and last name, address and email. Press "Next" and select whether you want a cut or a shave or both.  Your name goes automatically into a queue, while you await your turn in the retro lounge, complete with big screen tv, iPads, magazines and a fridge full of beverages.

I inadvertently arrived just as they were opening and I was brought right in for my cut. My time in the lounge would come later in the day when I brought the boys in for their trims.

"What number would you like?" she asked, referencing different cut heads on the shaver.  "Three maybe?"

"Take it right down to nothing," I said. 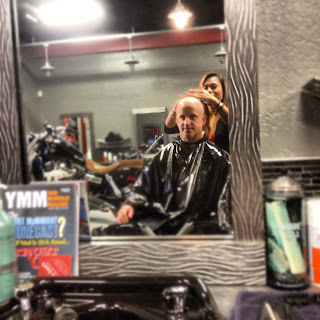 It took mere minutes and I was down to next to nothing as she wrapped my head in a warm towel in preparation for my first straight razor shave.  It was wonderful from start to finish, even the surprising back massage to bring the Tommy Gun's experience to a close. 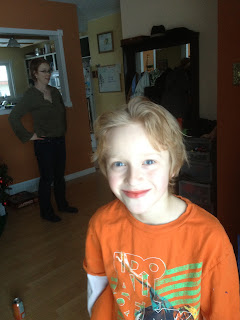 Ben was beaming as he came out of the chair, thrilled with his new look, smiling from ear to ear. 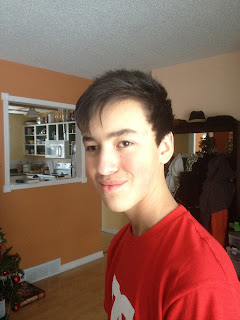 Dylan was beside himself recalling his half-hour of heaven, especially his trips through the shampoo and rinse process.

"That felt absolutely wonderful," he gushed as we put on our winter jackets and headed back into the cold, a little lighter on top, but feeling on top of the world.