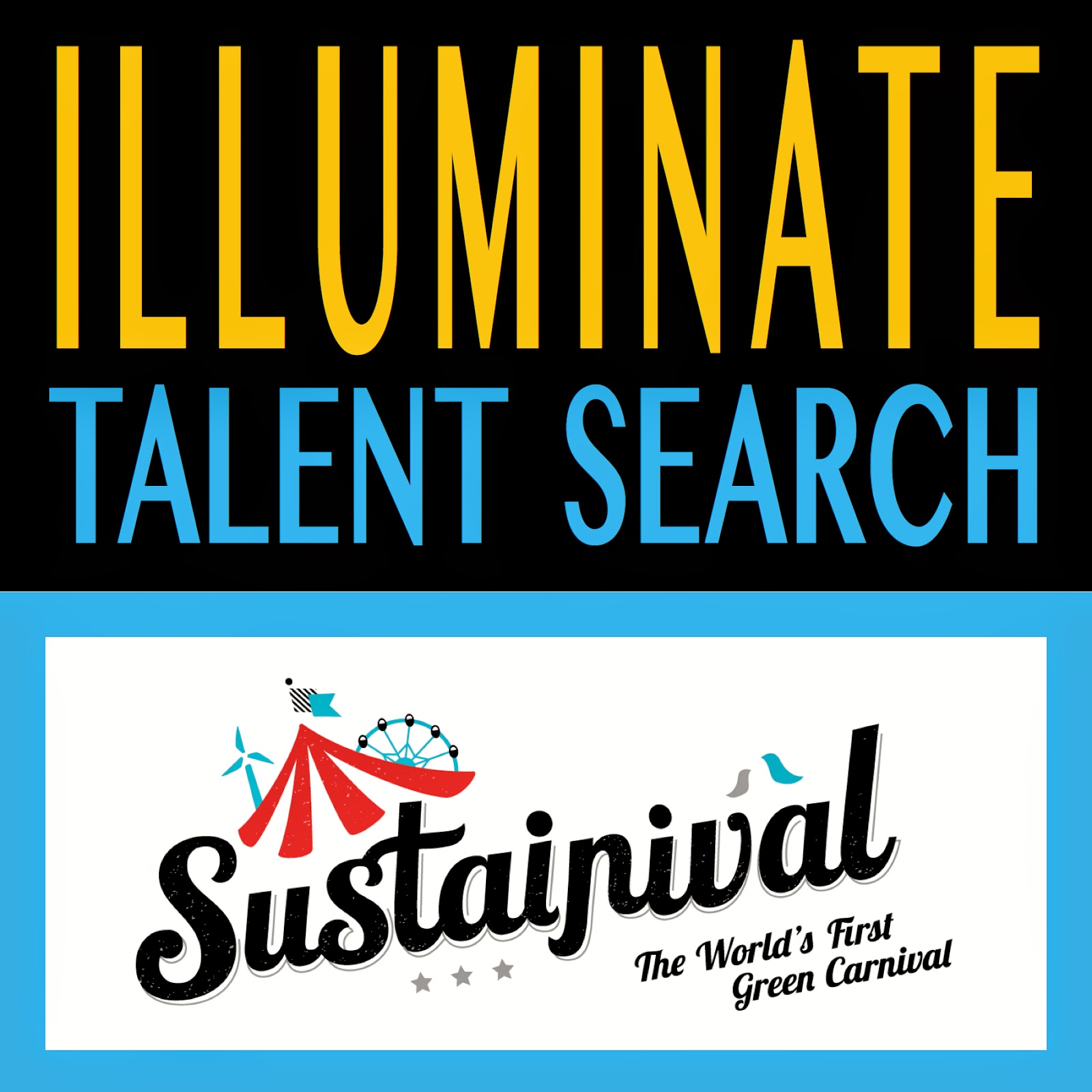 The second Illuminate Talent Search lit up Sustainival on Saturday and Sunday with a great variety of local performers. A total of 23 acts began the competition; among them were 5 dancers, lots of singers, and one incredible athlete. Eleven advanced to the final round. In the end, it was a gymnastics floor routine that swayed the judges and earned Ashley Ponak a first place finish and $2,500.

"I was preaching at church yesterday and we had thought I wouldn't make it over to see Ashley perform," recounted Gordan Ponak, Ashley's dad.  "I texted Lisa immediately after the third service and she told me Lisa was on next, but that there no parking. As you know MGA (McMurray Gospel Assembly) is close to Mac Island, so in most cases I would have had the chance to get there in time, but not without available parking nearby. I tried anyways.  I missed her by about 5 minutes but was delighted to be there for the judges' announcement of the winners. Ashley sat on my lap as they began calling them up one by one. By the time they got to the second place winner I could see the look on Ashley's face. The disappointment was obvious. I looked over at Lisa with an 'aw that's too bad' kind of look. We also had conceded. The next thing I knew, Ashley's name was called.  She leapt off my lap and made a beeline for the stage. Lisa and I just looked at each other with jaw's dropped.
I'm not as proud of her achievement as much as I am of her hard work. I would have been just as proud if she hadn't won anything. But she planned and prepared for this event, on top of all the hours of gymnastics training that she does weekly. I was thrilled that her hard work resulted in such a great result!"

“I think the Illuminate Talent Search is a fun and necessary community event,” said Ricardo Germain from Adams Honor. “Illuminate not only gives artists a place to perform but allows for a healthy environment of competition and constructive criticism. What I like most about the talent search is seeing different acts support and encourage each other throughout the event. I believe Illuminate is a great community building block, and I'm thankful to live in a town that is so supportive of local talent.”

“It was a great opportunity to share my culture with the judges and the crowd,” said Akshaya. “The response from the judges was incredible. They appreciated all the performances and were very encouraging.”

There were two additional prizes awarded which honoured attitude and potential. Josh Murphy earned the Big Spirit Award and Karlie Boostrom demonstrated that she is a star of the future winning the Spotlight Award.

“It was awesome,” said Jennifer Murphy, proud mother of the Big Spirit Award winner. “I’m so proud of him for following his passion. It blows me away each and every time.”

“The performers were amazing,” said Joey Hundert, President and CEO, Sustainival. “People cried. People cheered. It was so captivating.” 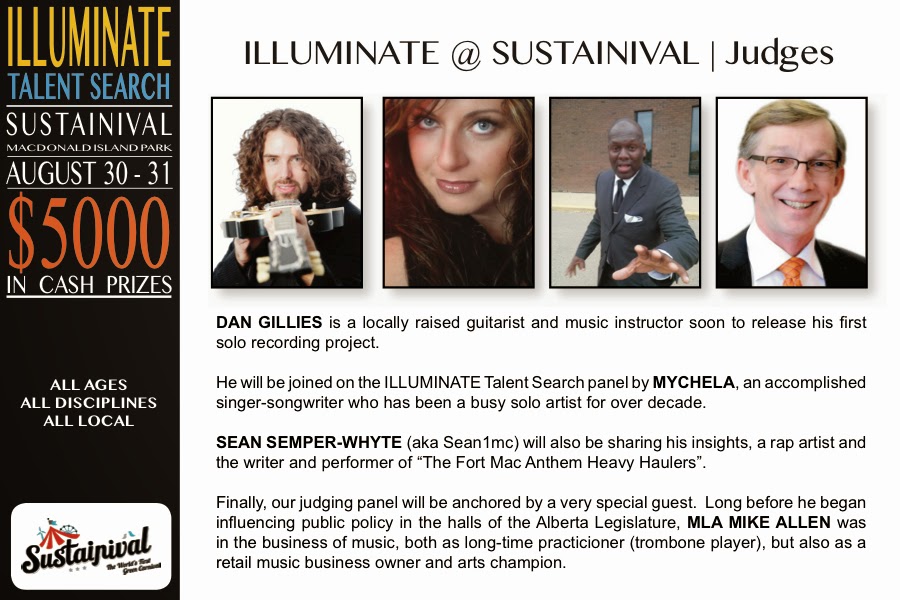 The second Illuminate Talent Search had a judging panel comprised of MLA Mike Allen, guitarist Dan Gillies, singer/songwriter Mychela, and rapper Sean1MC (Sean Semper-Whyte). A grassroots, volunteer effort, Illuminate was created with the goal of unearthing local talent and giving them a venue to be seen, heard and appreciated. It is designed as a great plug-in attraction for established events.

“The breadth of talent right here in Fort McMurray is staggering,” said Sean Semper-Whyte. “For those who are looking for anything to do in this community, selecting, honing, and sharing your talent is a great start; it makes us all better and this place we call home wealthier and healthier because of what we share.”

“We hope that the Illuminate Talent Search continues to grow and evolve,” said coordinator Russell Thomas. “We have clearly seen that there is an abundance of talent in Wood Buffalo and a public that is eager to cheer them on. We are open to exploring other partnerships where we can plug this kind of positive and engaging programming into other local festivals and events.”

If you are interesting in adding the Illuminate Talent Search to your next major event, please send an email to illuminateymm@gmail.com.