As I worked on the Gordie Howe and Wayne Gretzky piece, I couldn't stop thinking about the history that these two fellows created.  Between the two of them, they form so much of the fabric of the story of the NHL over the past 60 years.

In terms of Howe, 86, he was at the height of his career when my father was a young man.  As I contemplated the composition and the use of collage in forming the numbers "9" and "99", two things popped into my head.  Buried in my box of memories were a couple of booklets, one was published about my hometown in 1967 on the occasion of our country's centennial.  The other was a book of baseball rules from 1959. 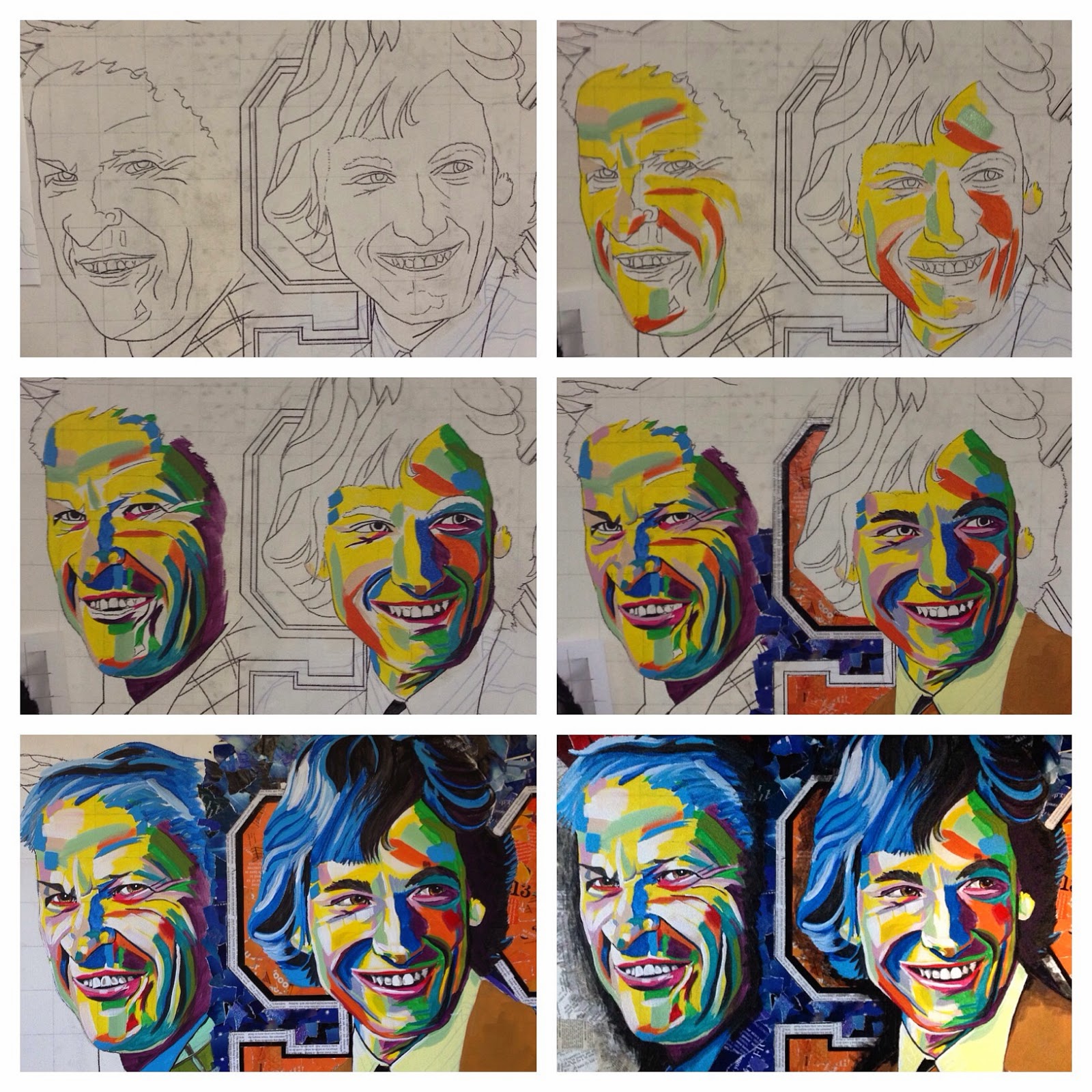 I wanted these scraps of memory to emerge from the cloistered box buried in the basement and be a part of this canvas.  So, Gordie's #9 is formed from pieces of these two publications.  It felt a little odd ripping up the pages, but at the same time it felt like the right thing to do.  Hockey and baseball played big roles in my father's life.  And while Gordie Howe lit up Hockey Night in Canada with Detroit when he was young, Wayne Gretzky did the same for me and my brothers when we were growing up in the eighties. 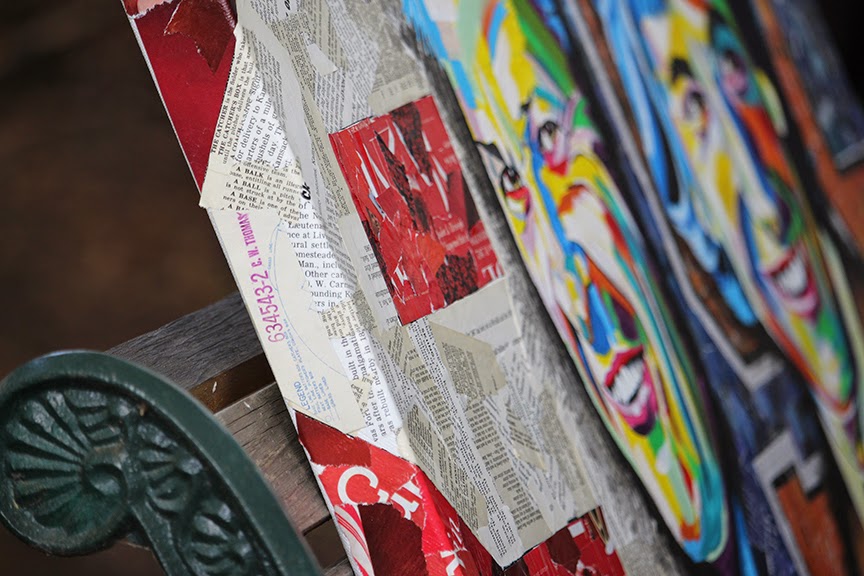 In some ways, this painting is an homage to my dad, the love he had for hockey and baseball, and the role they played in his life.  From slipping on the blades and playing on the frozen slough on the farm to competing in big baseball tournaments in the 50's against traveling teams from the USA, Dad's early years were probably not a whole lot different from that of Howe or Gretzky.  He's still a fan, particularly of baseball.  Now 79, he loves nothing better than watching a Blue Jays game, though the watching is sweeter when they win. 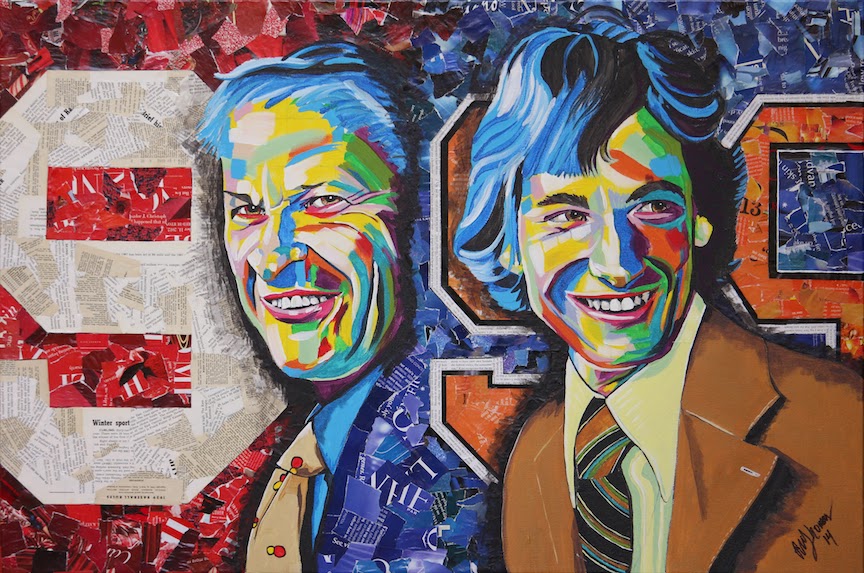 "A pair of great ones" is an acrylic painting with collage on a  24" x 36" professional canvas.  It will be auctioned off at Finning's Tailgate Party at the end of the month in support of the United Way Community Campaign.  I'll be there, thinking of my dad, and many memories inspired by the painting: its subjects and the little scraps of paper it contains.
Email Post