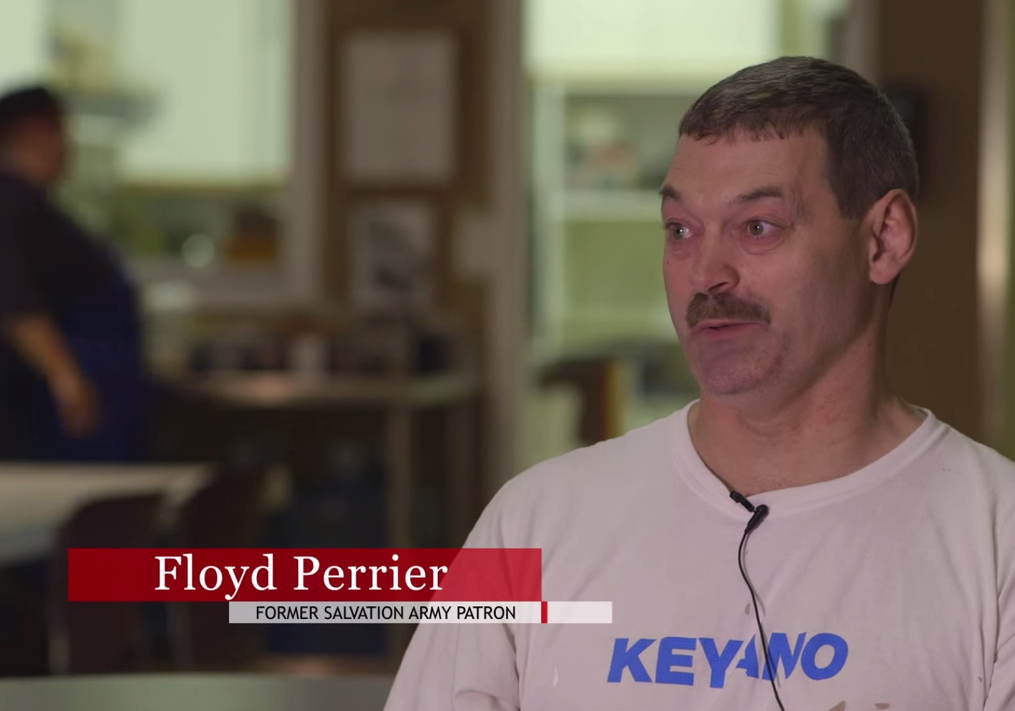 One of the stars of the United Way of Fort McMurray Seeing is Believing videos is Floyd Perrier. Floyd, like many other individuals who have come to Wood Buffalo in search of employment, found himself unable to land a job, out of money and residing in the shelter at The Salvation Army. When health issues started to pop up, the amazing staff at the shelter helped him get the surgery he needed and extended his stay to allow him time to recover.

“They’re that one fresh start, from being down at the bottom to going God knows where,” he reflected. “It was almost like The Salvation Army was like a parent – somewhere to go when you were in need.”

What the video doesn’t share is that Floyd has made remarkable progress thanks to the hope and support provided by The Salvation Army and people like Kate Penney who truly cared. They suggested that he think about school, and helped him enroll in a GED program at Keyano College.

“I would say that The Salvation Army is a gift to Fort McMurray,” he said. “They are there for everyone who comes through their doors.”

Floyd had a dream one night, a dream that left him with the message that he had to return to The Salvation Army to see Kate. So he did.

“I had a dream last night that you need my help,” he said to her.

“I do need help,” said Kate. “ I have a dream myself. I want to make the Mat more inviting, maybe give it a new coat of paint. I want it to embrace people and be more of a place where they feel welcome and accepted.”

“You remember that I used to be a plasterer and painter?” asked Floyd.

So, thanks to a donation of paint from Rona, Floyd was true to his word, and spent the next six weeks painting the large space that is home to the Mat program between September and May. He was intent to give back to an organization that provided him hope and understanding when all seemed lost. 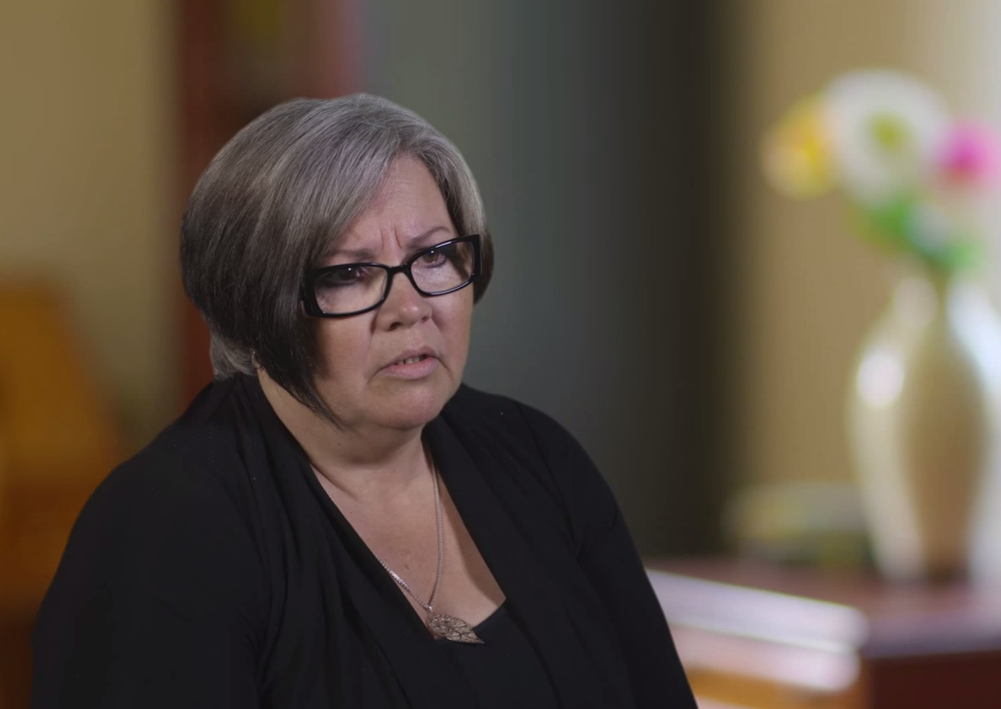 “We have wires that run along the ceiling,” shared Kate. “Where they cross an area of the ceiling that was yellow, he carefully painted the wires yellow, where the ceiling was white, he painted them white. It was a labour of love for Floyd.”

Floyd’s story has moved hundreds of people who have watched him on the Seeing is Believing video or seen it during United Way campaign presentations. Often, viewers can be seen wiping their eyes after connecting with his story and the impact of The Salvation Army. Floyd continues to get better and looks forward to continuing his educational journey by taking power engineering.

Meanwhile, the Mat program has started up again, and guests are enjoying a more inviting space thanks to Floyd, who decided that giving back was just the right thing to do.
Email Post