I have found myself in tears severals times as I painted Drayden and Dayne the last two evenings.  I'm usually pretty good at getting down to the business of helping the human beings emerge from the canvas.  I take a rather pragmatic and dispassionate approach when drawing things out and applying multiple layers of colours.  But in the moments of pause, the realization of what has been lost hit me: two brothers, two sons; two brothers and two sons that are the same ages as my own. 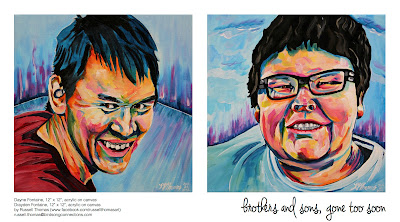 Response to the portraits of Drayden and Dayne has been beautiful.  People from across Saskatchewan and Alberta have liked, shared and commented on their beautiful smiles and the bright colours.  I have painted global celebrities in the moments after they have passed - Robin Williams, David Bowie and BB King among them - but nothing has compared to the outpouring of affection and support that I have seen for these two boys.

Sadly, they are not alone in being victims in this tragedy.  Two more amazing souls have been lost, Marie Janvier and teacher Adam Wood are also gone.  This chapter will not close for me until I have painted both of them.  That will be tonight and tomorrow night. 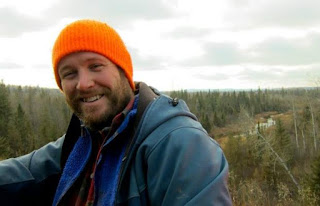 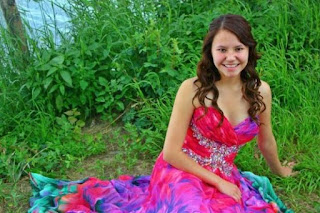 Melissa Herman is the reason this is all happening.  She reached out to me on Monday asking if I would consider painting all four victims, as a way of showing that our community (Fort McMurray) was standing behind the people of La Loche.  She is originally from there, and felt so strongly that she wanted to take her feelings of devastation and channel them in a way that would offer solace and love to the many people who have been affected.  I have been just a vessel of that beautiful intention.

I am grateful and honoured to have been able to help in a small way.