The gift is in the giving 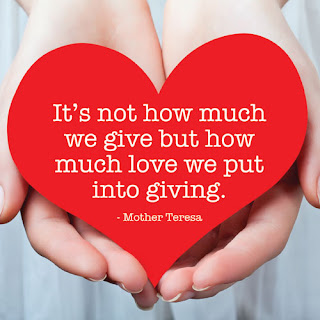 I've been thinking a lot about the nature of generosity in recent days.  Where does the inclination to give of one's time, heart or money come from?

"You need to sit at this table and a write a letter to your grandparents," might have been said, though I have no memory of my mother uttering the words.  All I know is that I did write and send drawings and stuff, a practice that I carried into my adult life and in a way, all the way to today, though snail mail care connections have been replaced with other things.

Like every other kid, I'm sure I went door to door selling tickets to this, that and the other thing to raise money.  I hated it, to be completely honest, but who doesn't.  And even though those efforts - akin to the "Jump Rope For Heart" things my sons have done at school - may have had incentives, I never felt that I was connected to the giving in any way.

There is a veneer of guilt when I think about the idea of giving early in my life.  I gave from a place of guilt, from obligation and tradition.  At some point, there was a significant shift, when all of a sudden I discovered that the best gift was in the giving.

It probably started with Christmas, when an idea for a big surprise popped into my head and I made it happen.  The jubilation of watching someone react when they get an unexpected gift or receive a random act of kindness is pronounced.

I gave gifts of art, based on the evidence that keeps piling up:  an original drawing of Lawrence Oliver sent by my Uncle Blair or a treasure trove of images sent by my brother Doug of portraits sent to him and his family over the years.  I created things and I gave them away.  This is what I've been doing for all of my life; I still do it.  I do lots of commission paintings, but I also do paintings for charity and free paintings from time to time, when I'm inspired/moved to do so.

The reason this is on my mind is that I've been thinking a lot about whether or not I've done a good job passing along this value to my sons.  Have I done enough to teach them that the best gifts are in the giving?

Heather and I have always given a portion of our family revenue to charity.  The names and the causes have changed over the years, as have the amounts we give, but being charitable with our time and financial resources is a value we share.  We were able to give more than ever before during the remarkable year that just passed thanks to the painting.  Doing live painting events and donating original works to events combined to raise a lot of money for the community, but I still feel the gifts I got from giving were even greater.

Somehow, this value of generosity has been nurtured within us, and is core to who we are as individuals and as a family unit.  I know we are modelling the way, but is modelling the way enough? 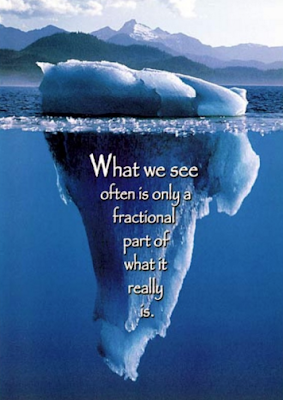 As I sit here overlaying my life track with those of my sons', I'm realizing that it is unreasonable, even asinine, to expect or even wish that they look the same.  Their paths are completely different; the world is different.  What I see of them is increasingly being relegated to the tip of the iceberg; so much more is happening below the surface as they get older.  Maybe I need to relax and trust the process?  Below the water they are figuring out their place in the world and growing into caring, thoughtful, empathetic, and mindful men.

Many of the things that Heather and I do are connected to things that our parents did and valued.  What we do with our whole hearts today will be modelled by Dylan and Ben when they grow up and move away.  They need to each discover, on their own and without prompting, the gift in giving.  Once they make that discovery, it will serve them, and the people around them, for the rest of their lives.
Email Post