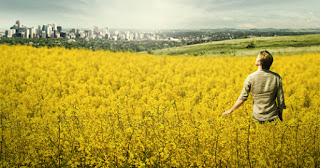 I was raised around farms and farmers.  Though I lived in town - Kamsack, Saskatchewan - I spent time on the farm helping out my grandfather and uncle who carried on the farming tradition started by my great great grandfather.  When I go home, conversation always drifts into the farming sphere, from the condition of crops, the price per bushel and various other issues that pop up.  But I'd be a liar if I said that I had a good understanding of farming in 2016. 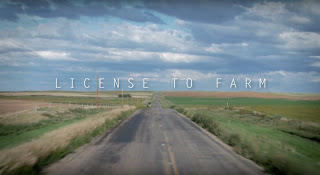 Canada is a world leader in agriculture and food production, reads the 'About' section on the website.  But farming doesn’t look the same as it did a hundred, fifty, or even ten years ago. Farmers are producing more with less, using more efficient and sustainable practices than ever before. So why do consumers carry so much doubt around the way their food is produced? When did fear begin to trump science and fact when it comes to food production – and how do we earn back that valuable consumer confidence?

An industry has been vilified and the farming tradition, which helped build this country, is threatened.  Sound familiar?

This powerful documentary explores the truth behind common misconceptions of agriculture production in Canada, while empowering farmers to stand up and advocate for their social license to farm.

I really appreciated watching this film.  It gave me a much clearer picture of how farming has changed since I was a boy.  It also gave me a glimpse at the passion and purpose that drives farmers to make the best possible use of their land for the consumer, the environment and their families.  Garry and his team have done a great job of sharing the science while exposing the heart and soul, of farming. 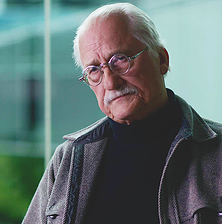 Q: One of the striking facts that emerges in this film is that 97 percent of farm are still family owned. What has been the reaction to this reality?

Garry: Family farms are often incorporated for tax reasons so it is understandable that people could mistake them for factory farms.

Q: Based on the farmers you met, how would you characterize their passion to do the right thing for consumers and the environment?

Garry: Big hearts, and careful approaches to environmental realities as the farm has to somehow provide for this generation and the next. No one that we met sets out to poison the consumer with their produce.

Q: What was the genesis of this project? What does success look like?

Garry: The genesis is a story in itself that has to do with a book I was reading titled GATE OF THE HEART and a conversation with a longtime friend who discussed the themes in this book with me. We ended up talking through these themes into agriculture as we both come from farms and participate in the workings of them. Success is a mystery and deserves careful consideration and reflection.

Q: Describe your role in the making of this documentary. What was your personal reaction to what you discovered in the process?

Garry: I worked throughout as director. At the same time each of my sons Benja and Alexei and myself participated in development of structure, design, research, technical production, and technical post-production work. Agriculture is the cornerstone of civilization. For proof of this look into art history texts.
Email Post