In praise of the chickens 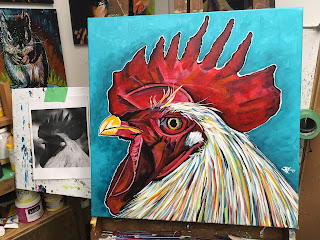 There was a moment from our trip, the image of which will stick in my head for a long time.  It was at the end of a very long construction and painting day at the location where the houses were being built for the families of Chat Chong and Chat Tom.

The crew was busy putting the finishing touches on the stairs.  The normal end of day time of 5 pm had long since passed and the sun was starting to dive toward the horizon.  Final pieces were being screwed into place. 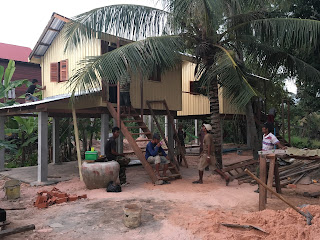 Just a few steps away, along the red dirt road that leads to the property, community women had been gathering for the last several hours, beginning preparations for the blessing ceremony feast which was planned for the next day.  Tarps were laid out and the traditional meal of red chicken curry was being cobbled together. 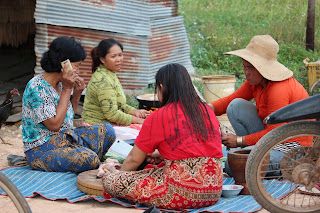 They were chopping garlic, shredding carrots, peeling potatoes, and cleavering freshly slaughtered chickens into small pieces.  Flys were in abundance, constantly being encouraged away by waving hands while animated conversations took place with smiles and laughter in abundance. 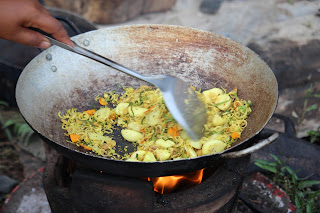 As I sat back and watched all of this activity, somewhat numb from a full day of painting a portrait of Buddha with my limited supply of paints, I noticed that chickens, roosters and chicks were all converging on the site of the food preparation. 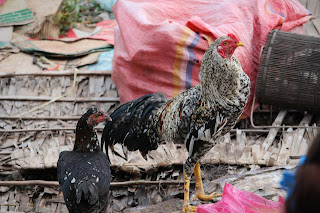 It was as if they were bidding adieu to their brothers and sisters who were contributing to the feast. 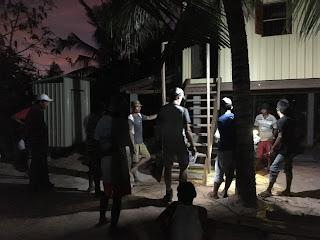 When construction came to an official conclusion - finishing flourishes done in the dark using flashlights - beers were passed out to the workers as the ladies continued chopping, stewing, and chatting up a storm. 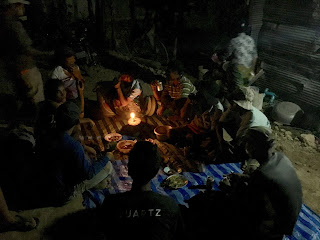 Spirits were jovial as a community of lovely people celebrated together and anticipated the day to come when two families would be starting anew in homes made possible by www.bracelets4buildings.com and hundreds of people and companies who contributed to the cause. 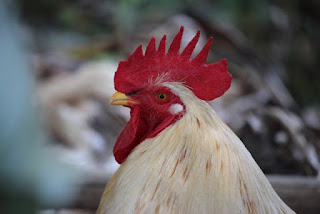 I kept thinking about the chickens and how important they are to the people of this tiny village as I did my first post-Cambodia painting inspired by this regal fella.
Email Post