In praise of the laughing monks

It was strangely quiet on Sunday morning in Siem Reap.  The tourists who had streamed in for the Angkor Wat marathon were all busy running. Walking around the markets, we are engaged by almost every single vendor. It felt like we were back in Mexico. 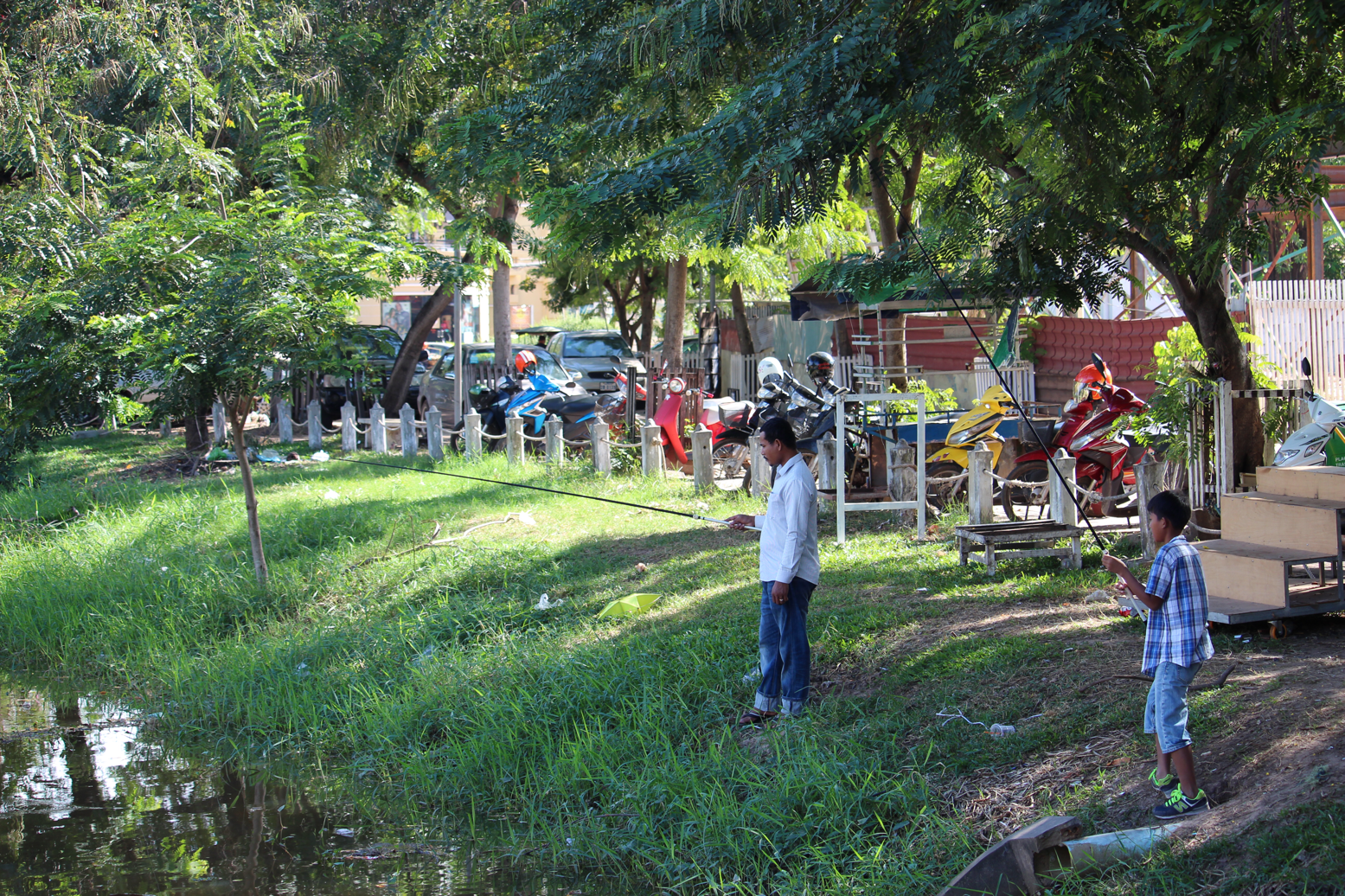 Eventually, we found ourselves drifting toward the bridge where a number of fellows were fishing. We just sat and watched.  A driver named Ly watched with us.  He works for a transportation company that rents out a car service.  He is on call for the clients 24-7.  His English was excellent and we greatly enjoyed our chat. We left for the blessing ceremony just before noon.  Lee and Kent, and a few other key people went into the house and started laying out mats, offerings for the monks, and a house starting kit for Leen and her family, which Heather had helped gather the day before. At this point, the family had not been allowed I their new home yet.  They were down below in the open air shaded area created by the house above, eagerly waiting. Lee and Kent went through the contract with Heng translating. The contract contains lots of important things; primarily though, it legitimizes their home/land ownership.  Most land titles were destroyed during the Khmer Rouge genocide in the 70s. After the arrival of the monks, the blessing ceremony took place inside the second level of the house.  Present were the husband and wife, several family members and several members of the B4B team including Nick, the sponsor of this particular house. A feast of curry followed.  The villagers had spent the last few days preparing it.  We sat around on mats in the shade enjoying this wonderful food, dipping small chunks of bread into the stew.  It was an eating-with-your-hands kind of feast. Those are the broad brush strokes, the details lie within. I had an absolute ball with the kids. They love having their picture taken and have a natural sense of wonder and play that was beautiful to watch and photograph. The monks, while totally serious in one moment, were jovial and laughing in the next.  I don’t know what set off the laughter in the middle of the chants but it was delightful to watch.  They obviously have great personalities and love life. 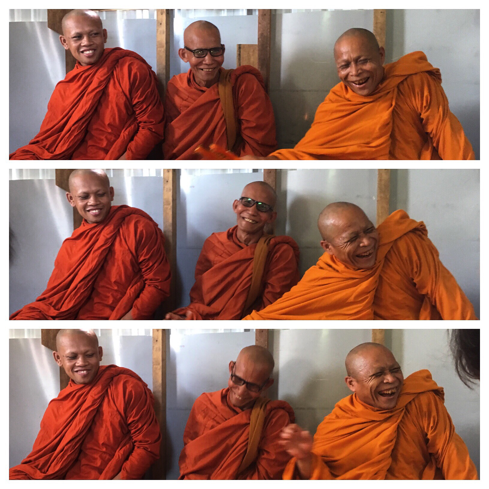 Gifting someone a new home is an emotional thing.  As Nick handed over the keys to Leen and her husband, I had a significant lump in my throat.  Heather was moved to tears later in the day when she got to witness Lee share the good news with a single mother of three that she would be getting a new home this week.  She had no idea and the emotions were intense. 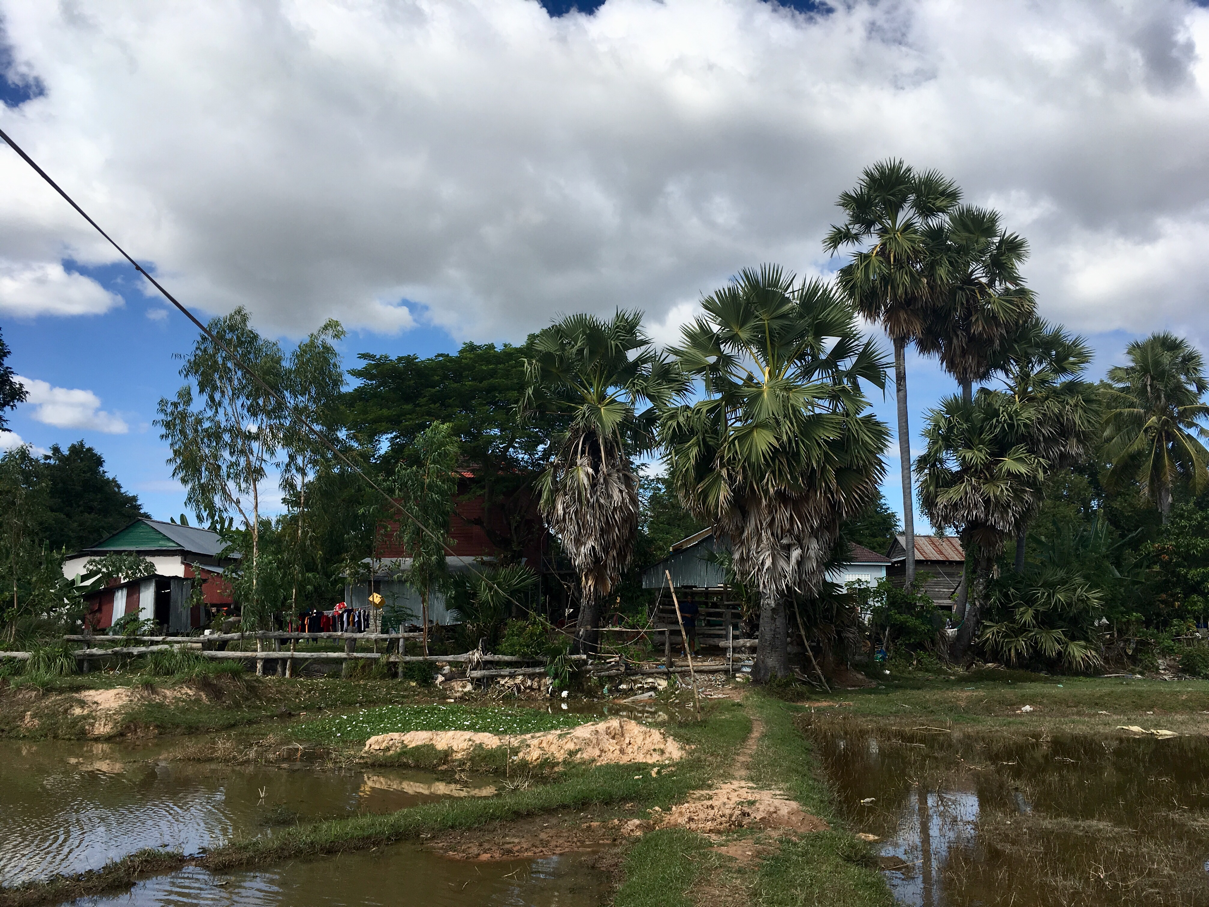 After the ceremonies were over, I wandered off on my own into the adjacent rice field and looked back.  It was beautiful and I felt the honour and joy of being able to be here. In fact, I feel more comfortable out on the farm with the people, plants and animals than in the bustle and tourist hustle of the city. I want to do a painting for Mern, as part of her home starter kit.  Heather came up with the brilliant idea of painting Mern holding her pups.  She must have left like a rock star as several of us photographers snapped away as she held a couple.  I got exactly what I needed and will spend some time tomorrow doing my first painting in several weeks. 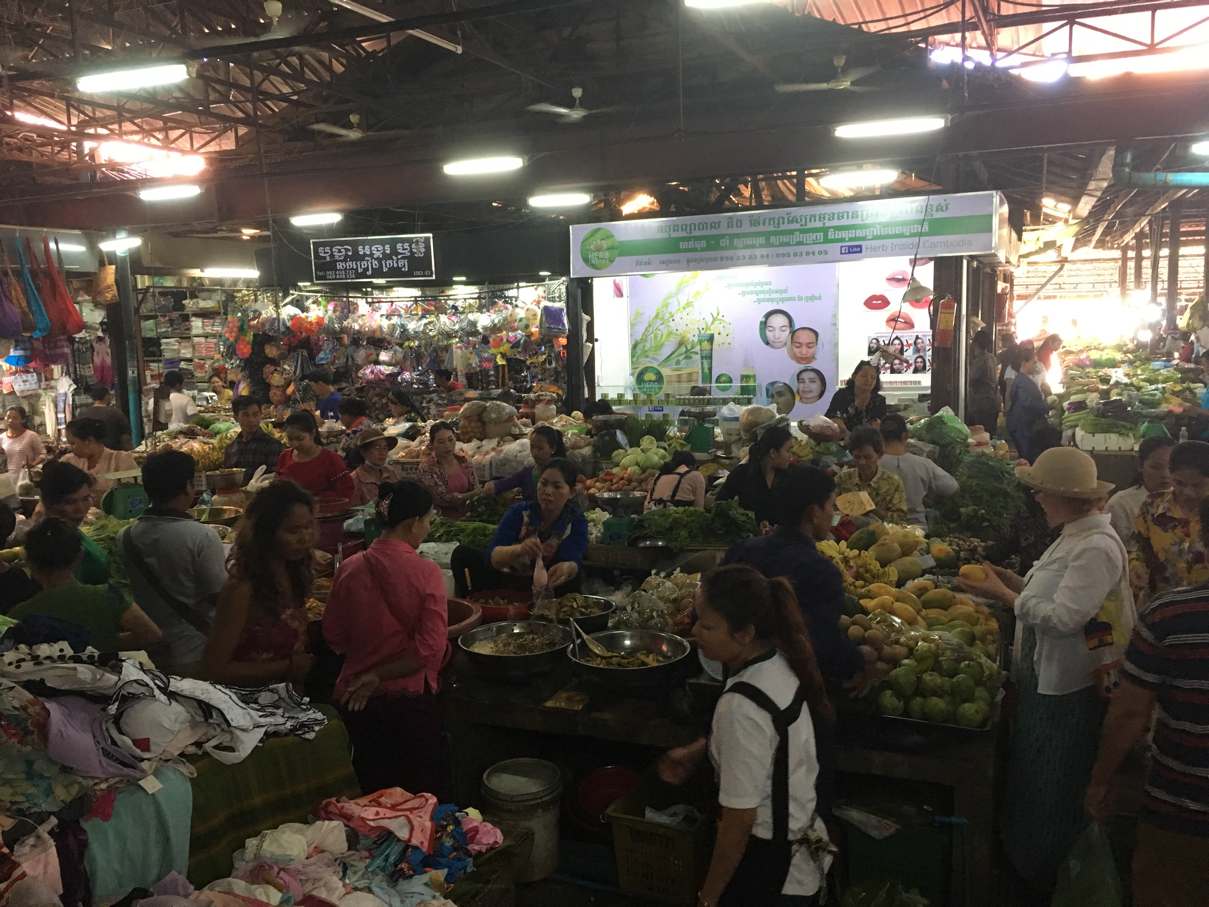 It is a little odd going from a rural setting helping families who have very little to the roaring city flooded with tourists who have so much.  We exist in one world and choose to cross over to the other for small chunks of time. The difference is that we have the power to choose.  These people do not have that luxury. 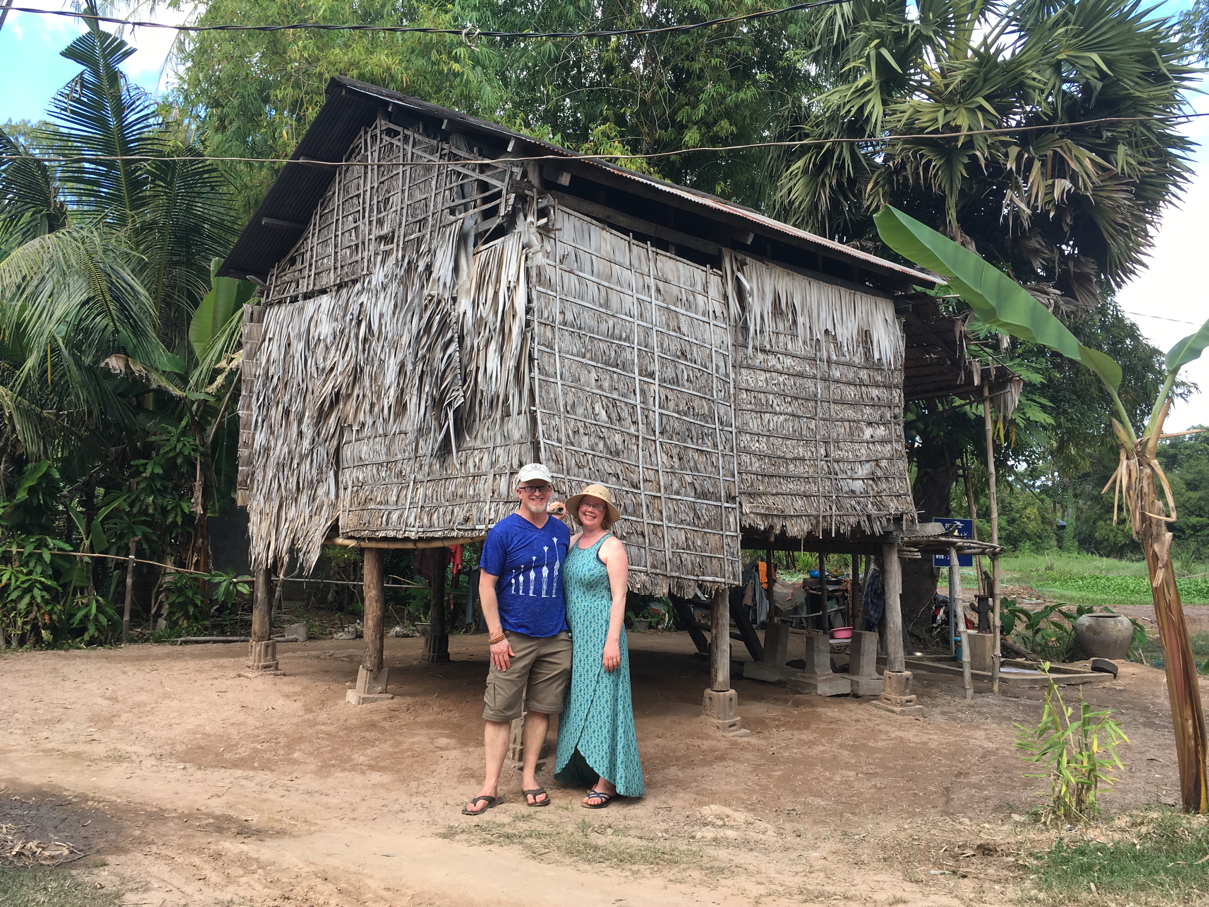 Imagine the impact of going from a home strewn together with scrap lumber and banana leaves to a solidly built home with a door that you can actually lock. That happened for Leen and her family today. It is going to happen for Mern tomorrow.  We are humbled to be able to share all of this with all of you, through words and pictures.
Email Post