When I think of the first iteration of ConvergenceYMM the colour green jumps into my mind.  The decorations, vests worn by the organizing committee and the bright green apples used as the centrepieces for the tables provided the perfect palette for change.  The apples were also pretty tasty, my favourite kind, nice and tart.  And Convergence was one of those rare conferences that proved to be a catalyst for actual progress. 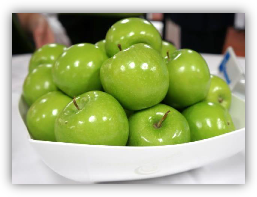 For leaders from the "social profit" sector attending the 2014 edition of the event on February 12th and 13th, examples of change will be given during the "State of the Sector" address. They might hear the tale of the term "social profit" and how it began supplanting "nonprofit" following great discussions in 2013 about the unintended yet unquestionable impact of consistently referring to ourselves as a "non" something.  Following convergence, at the suggestion of Diane Shannon, our fearless leader at the United Way of Fort McMurray, social profit became our Wood Buffalo term for the sector formerly known as nonprofit.

In reflection, it seems silly to define ourselves as that sector of voluntary organizations that generates no financial profit, when the truth of it is that we generate social profit.  Why wouldn't we go with the positive, affirmative, encouraging, glass-is-half-full descriptor?

"Get over it," some suggest, when I've shared this story in other cities.  "We tried something similar, but it didn't stick," said one.  "What a great idea," said another.

"Social Profit" has stuck in Wood Buffalo and is now part of the vernacular of our region.

Also out of Convergence 2013 emerged an aspiration to be bold, to put organizational agendas on pause, and discuss the possibility of merging a number of social profit groups that had similar missions, visions and values.  Great work happened in the months that followed that resulted in an agreement to bring together Volunteer Wood Buffalo, Leadership Wood Buffalo and Nonprofit Sector LINK.  Thanks to formidable work done by their respective boards, and the eventual board of the new entity, led by its Chair, Jeannette Bancarz, FuseSocial was unveiled to the community in December, along with its Chief Social Innovator, Manny Makia.

There were other resonant conversations that happened during last year's event that have experienced measured progress, including serious discussion about attraction and retention of staff, salary and compensation levels, financial literacy, and the need to establish a collective voice for the social profit sector.  It is the collective voice that we hope to explore, nurture and amplify during the 2014 ConvergenceYMM.

I sit on the steering and production committees for ConvergenceYMM 2014, so I have an inside track on what is going to happen.  For the executive directors, board chairs, senior representatives of social profit organizations throughout Wood Buffalo, and community leaders that are joining us, this event is going to build on the unparalleled success that we experienced in 2013. 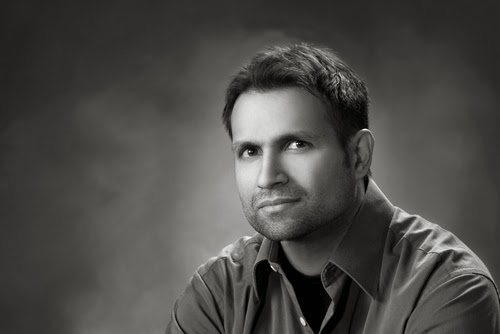 "What was it that you had to let go of to do what you did?" asks keynote presenter Vik Maraj from Unstoppable Conversations, who will also be facilitating the event joined by his business partner Kevin Gangel.  "What were the circumstances, attitudes and decisions that enabled you to realize so many positive outcomes from Convergence 2013?"

We have enlisted the support of a number of active listeners and artists, who will help capture the journey that we will go on together on those two days in mid-February.  They will be compiled, along with data collected during the "open space technology" sessions, and integrated into a final report to be written by Katharine Zywert from the Social Prosperity Wood Buffalo project.  It will be presented to the community and the sector at a reception in the spring.  Leaders attending Convergence will also take back information, ideas and light bulb moments to their respective teams and organizations, sharing and growing the momentum and energy that will be generated two weeks from today.

Have a look at what happened last year, and imagine what is possible in 2014.
Email Post