I went and looked at the map of available seats for the first weekend of Les Mis, now just over three weeks away.  This is what opening night (Feb 14) looks like right now. 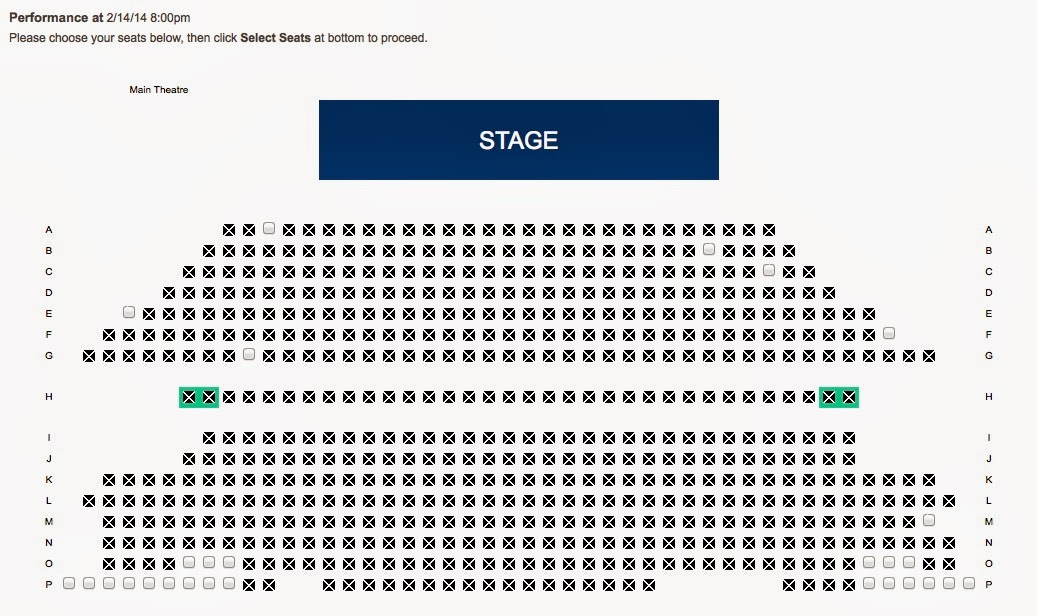 I'm seeing less than 30 seats left.  Now, that being said, the theatre sometimes puts a certain number of seats on hold for various circumstances.  I would want to check with Alan Roberts, the director of the Theatre and Arts Centre, before getting overly excited.  But, being this close to a SOLD OUT position 22 days before we open sends a message.  It's a simple one: get your tickets NOW.

I wasn't called to rehearsal last night, but my sons, Dylan and Ben were.  I dropped them off and went for a coffee at Starbucks.  I knew I had to be there for a reason, as the blog post Quest for connection demonstrates, but where my heart was really yearning to be was the rehearsal hall.

I packed up my stuff and returned to the college where I sat in the hallway, writing about the gang at the long table, half listening to what was happening on the other side of the wall.

Amrita (one of two young performers sharing the role of young Cosette) zoomed by, on the way back to the rehearsal hall from her costume fitting.

"What are you doing?" she asked.  "Writing your blog?"

"As a matter of fact, that's exactly what I'm doing."

She shared with me that she had read every volume of "To the Barricades" except for the first one - she couldn't track it down using Google.  In case she still can't find it, click here to have a read.

I slipped in to watch the final hour of rehearsal, and marvelled at the impact of the work that had been done.  Layers have been added, extra details that elevate the scene in a way that is completely entrancing. 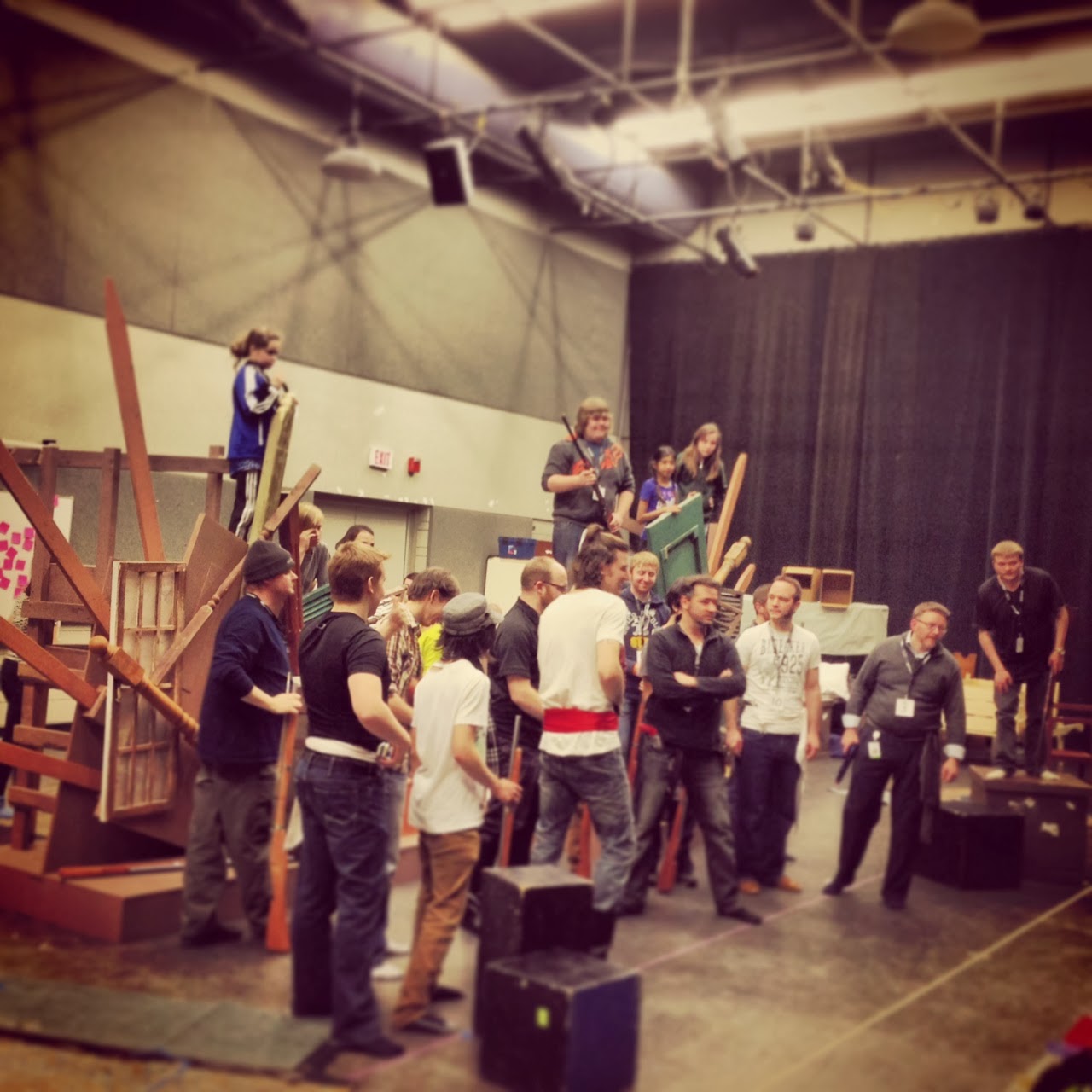 Most everybody dies in the battles that occur on the barricades, but there are two dying moments that get punctuated.  First, Eponine shuffles off this mortal coil in the arms of Marius.  Then young Gavroche meets his end, bravely singing to the last breath.  Both scenes are sure to draw tears.

I was listening and watching from the vantage point of backstage as Gavroche, brilliantly played by Reese Stanley, perished.  As the layers get added, as the actors transition from moving and singing to being immersed in the story, something magical happens.  All of a sudden, we are there, players and audience, grieving together on a barricade in revolutionary France.  It's a beautiful thing.

"I read your blog," said Jennifer Murphy, as everyone streamed out of the rehearsal hall to head home.  "I absolutely love Jesus Christ Superstar," she shared, referencing a comment that I had made about growing up with the double album soundtrack to that show.

Not only does she she know every word of the Andrew Lloyd Webber - Tim Rice musical, she even sang Mary Magdelane's balled "I Don't Know How to Love Him" on Canadian Idol, back during one of its first seasons when she was living in Newfoundland.

"I made it to the second round," she said.

To pass the time behind scenes, Jennifer has been secretly casting a future production of Jesus Christ Superstar from the group working on Les Mis.

"Greg would be Judas, guaranteed," she said.

"Kyle would be a great Jesus," I offered.

"And you know who would be an awesome Herod?"

Oh my goodness, she absolutely nailed it.  Adam would be amazing!

I love that this kind of thinking is going on.  It bodes well for the future of live theatre in Fort McMurray.
Email Post