To the Barricades, Vol. 7 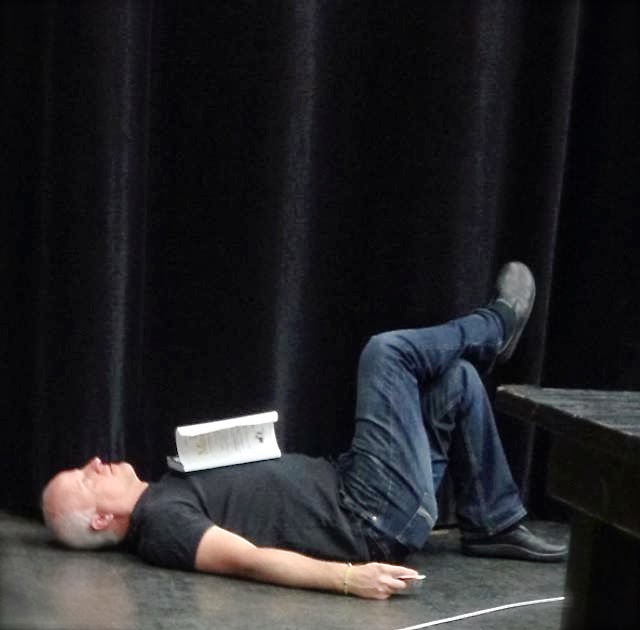 I've begun listening to the 10th Anniversary Concert of Les Mis.  Unlike the film and soundtrack, which have been my companions since I started diving into the show last summer, the concert contains everything, all the connective pieces that are so difficult, yet utterly essential.

We are at the stage in the process when we are rough blocking the show.  Assignments are handed out for ensemble members to move scenery, bring in props and rotate the large revolve that will be the centrepiece of the show.  Director Claude Giroux paints the picture as we go through the script, adding people to fill out the scenes, creating tableaus that do justice to the intended mood, whether it's a raucous bar or a lonely barricade. 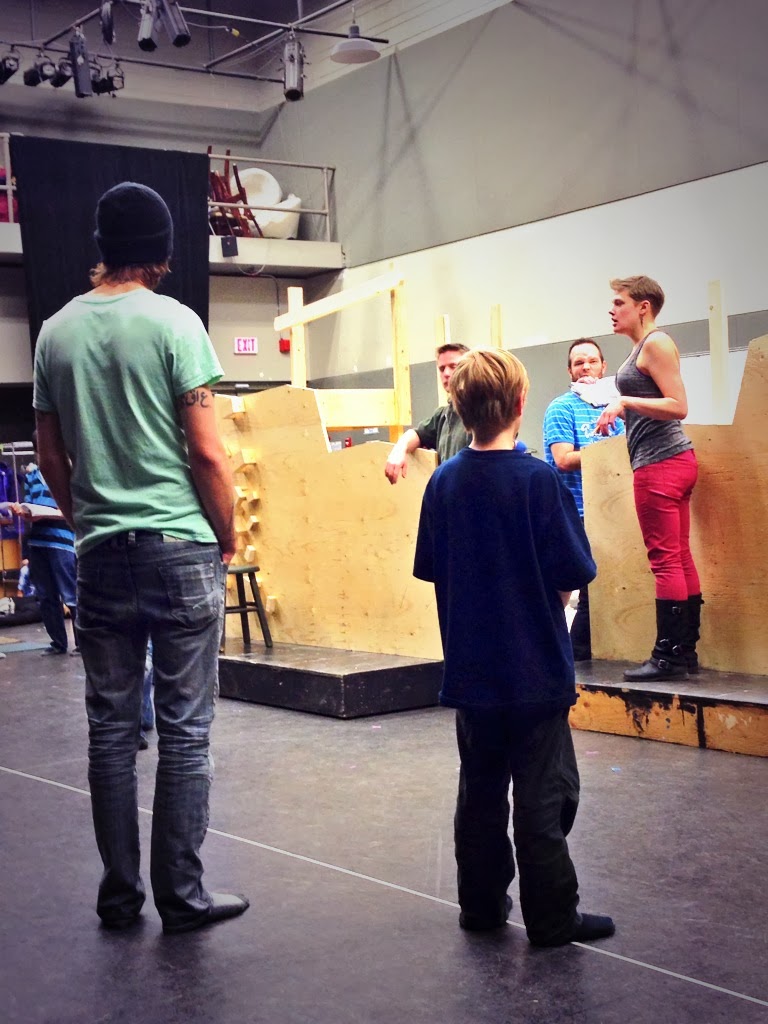 We furiously scribble our instructions in our librettos - in light pencil because everything has to be erased and sent back to the publisher when we're done - notations like Enter DSL or Bring on Table become directional markers for when we go home and try to review our path through the show.

By mid-afternoon, we were doing a "stumble through" of Act One, pressing on no matter what happened to give us a feel for the shape of the piece. Our ultimate goal is to run the show on Thursday evening for lighting designer Alan Roberts, who needs to see the complex pattern of movement of both people and set pieces and how they align with the musical score.

For the purposes of this stage of the process, area rugs taped together represent yet-to-be-built  facades, bridges and various large moving parts that are integral in terms of plotting the movement of characters and transitions between scenes.  Stairs on platform pieces are taped out to reference the approximate number of steps and which direction they go, up or down.

It might seem incredibly strange to an unsuspecting passerby watching us give this patchwork of carpets such attention and reverence.  I'm sure it must be somewhat strange for members of the cast who have never been through this before, but bless them each and everyone; they are going with the flow and trusting the process. 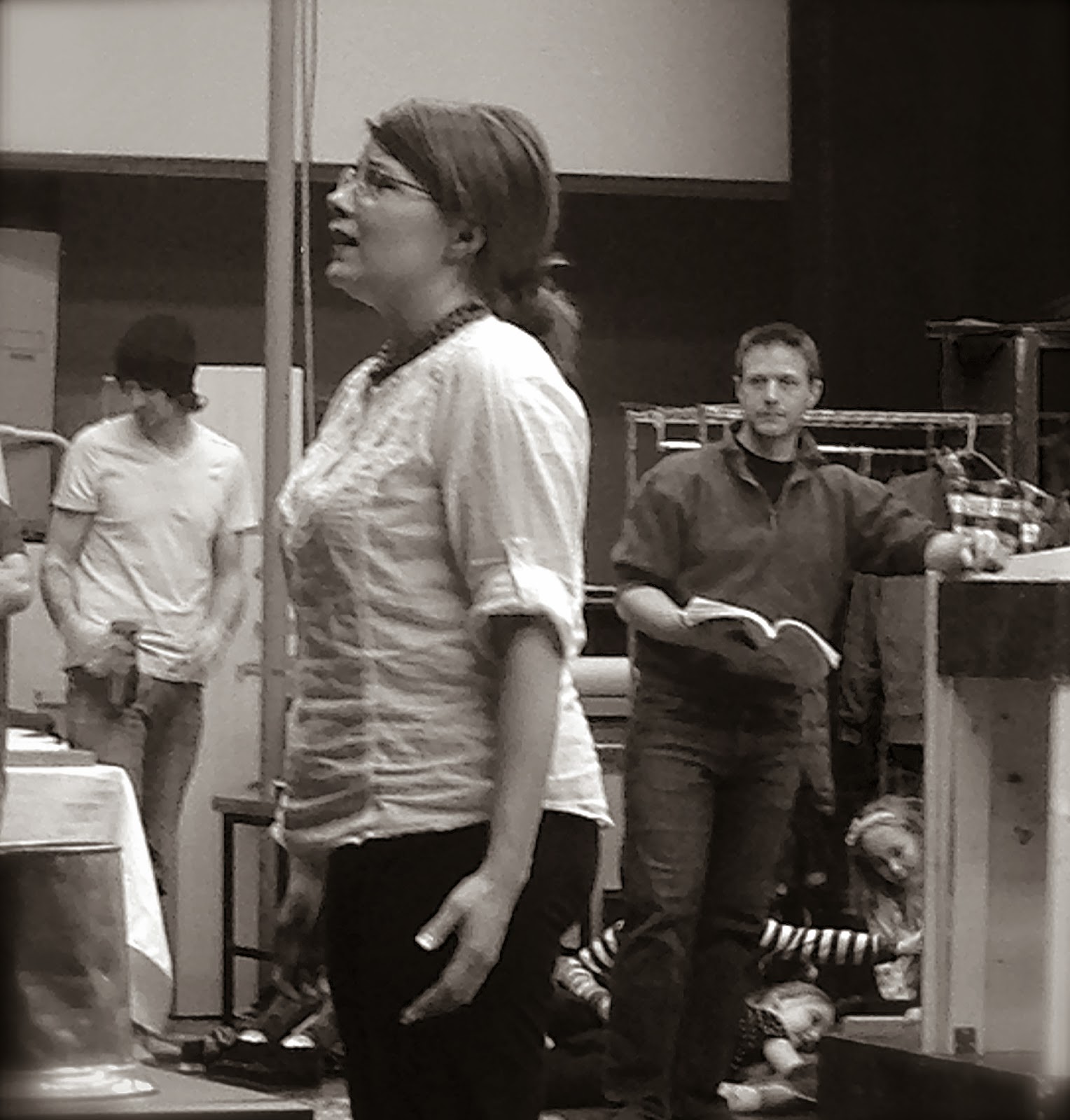 We made it through "One Day More", marking the end of the epic first act of Les Mis, by about 5 pm, before getting a jump on the complicated barricade scenes in Act Two.

I'm loving all of it, despite my line flubs, errant notes and understandable exhaustion from a full day of pressing on from scene to scene. 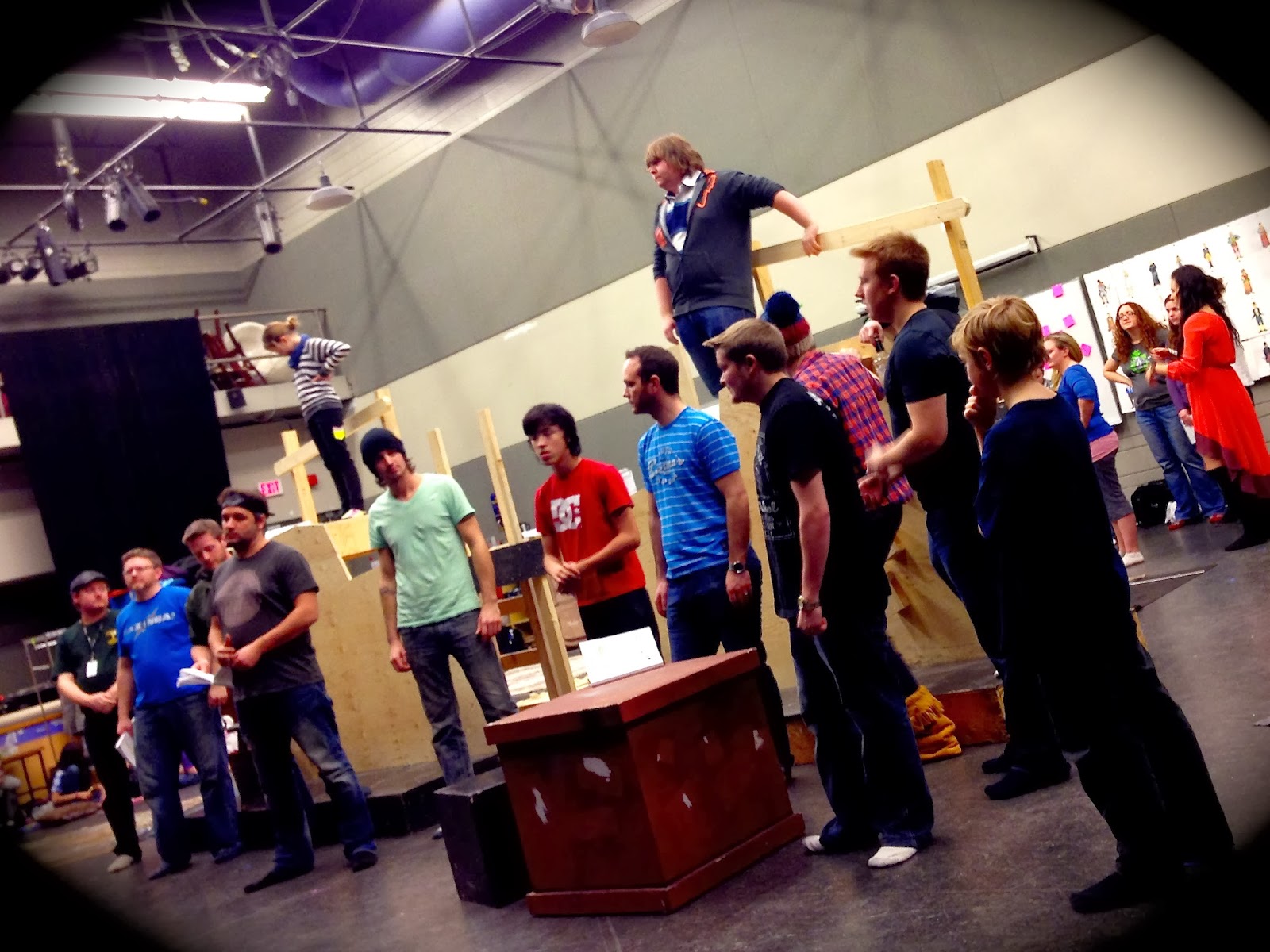 I had a moment, sitting in the corner watching Dylan and Ben working on the barricade scene, when I had a flash of emotion: a mixture of pride, gratitude and love - pride, in the effort they are both making, gratitude, in the opportunity they have been given to be a part of this, and love for them both and the experience we are going through together.
Email Post