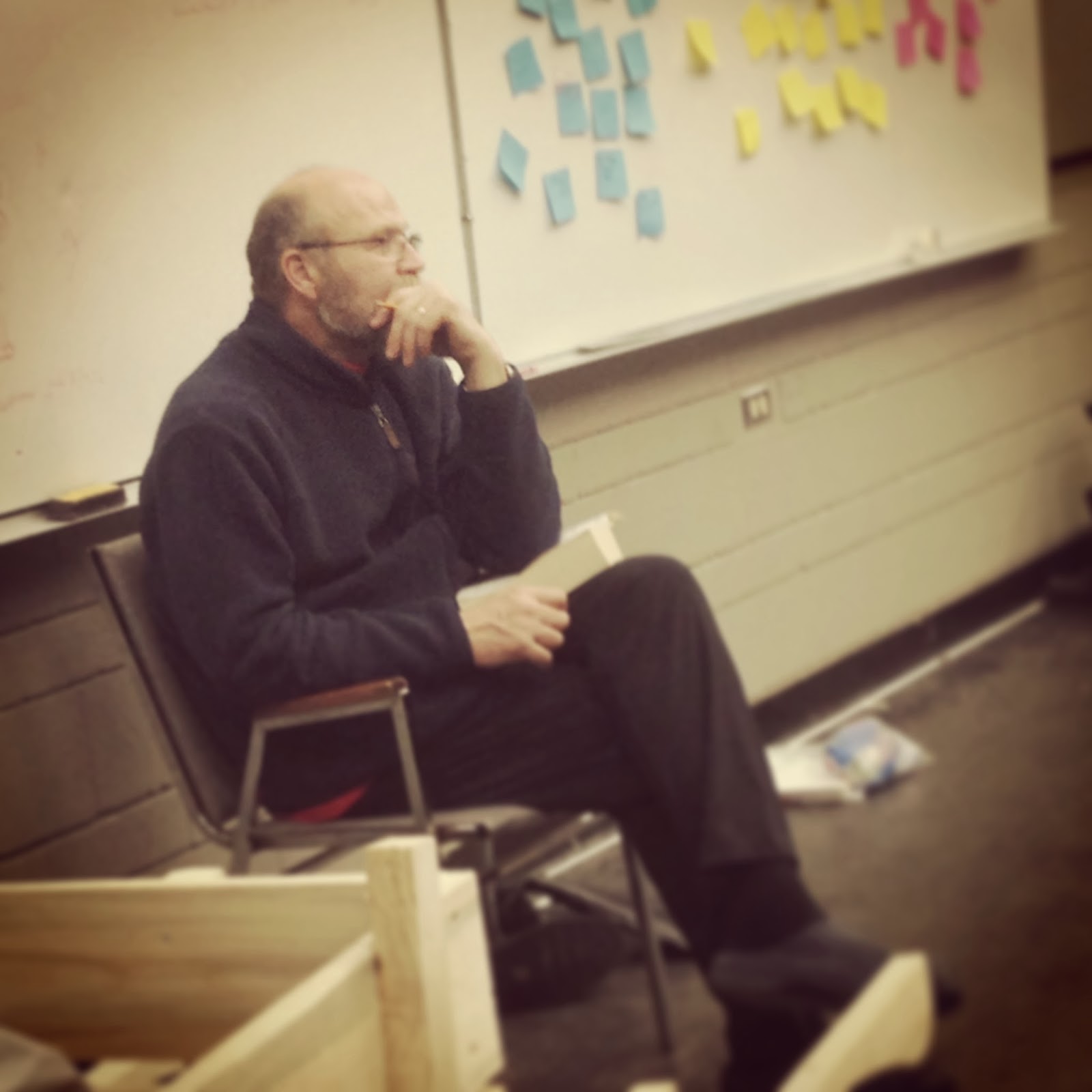 Chuck Smith sat against the wall in the rehearsal hall last night, serenely reading Victor Hugo's novel that set the dominos tumbling in 1862 which eventually led to the creation of the musical production of Les Misérables, which so many of us are living with in right now.  The spirit of fun, generosity and calm that he brings to the process probably comes from his decades of experience and his love and appreciation of being along for this journey to the barricades.

Chuck did his first show with Keyano Theatre Company in 1986. It was stages in the summer of that year, back in the days when KTC did 6 productions in a season. He appeared in Man of La Mancha among a set of shows that included The Big Sell, Ain't Misbehavin', Annie, The Diary of Anne Frank, and See How They Run.

I was watching everyone waiting to make their entrance during the epilogue as Chuck, playing the Bishop of Digne, stood up on the platform with Eponine (Misty), Gavroche (Reese) and Fantine (Jenny) as they welcome Valjean (Tim) into heaven.  Every single person had the most contented smile on their face.  It was a beautiful thing to see. 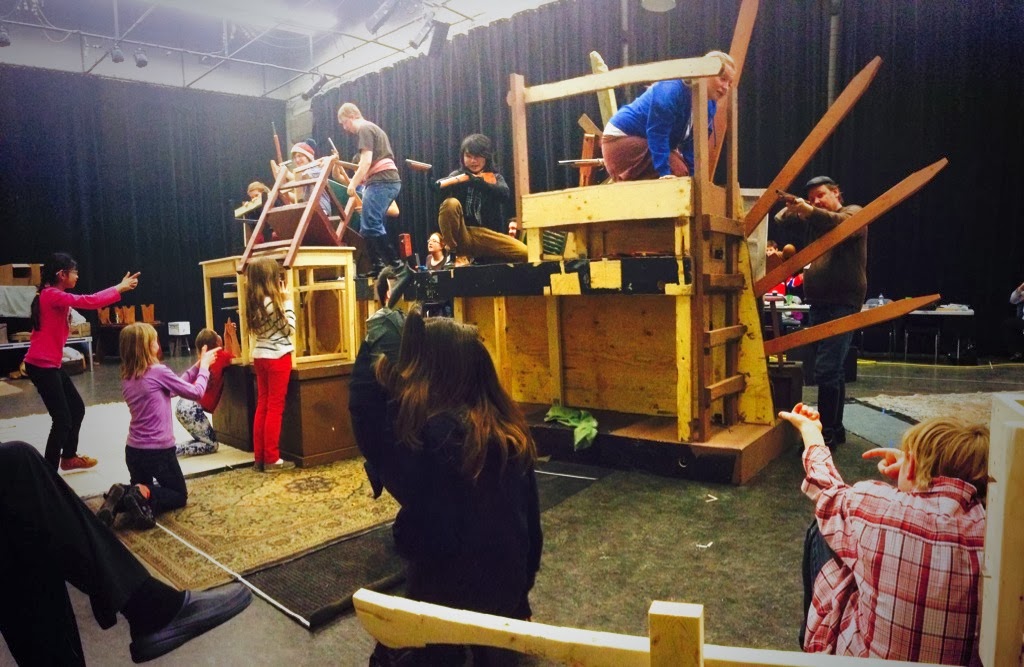 We are in a phase of the rehearsal process that can and will get a little frustrating.  Actors are called out of the room at random times to get necessary technical details worked out.  Last night, soloists were called to the main stage to have our microphones rung out.  While I've heard the term before, I had no idea what it really meant.  So, I googled it.

Ringing out is a process in audio engineering used to prevent audio feedback between on-stage microphones and loudspeakers, and to maximize volume before feedback occurs. It involves a sound technician raising the gain or fader controls on a mixing desk to induce an audio system to feedback. Once feedback occurs, the technician uses the graphic equalizer to reduce the gain on the appropriate band (or frequency). This is repeated until the technician is happy with the sound of the room or monitor system.  (from Wikipedia)


We're also being called out of the action from time to time to do costume fittings.  I had my turn last night and was thrilled to discover that my pants, suspenders, shirt, cravat, and jacket will all add to the zaniness and fun of Monsieur Thendardier.

You quickly get the sense of the scope and scale of the production, from a costuming perspective - with 49 actors requiring multiple ensembles - when you enter the world of Tiffany and Melissa.  Surrounded by garments, hair pieces, bolts of fabric, shoes, and myriad accessories, they are tasked with having everything ready by Friday night when we spend the entire evening doing something called a "costume parade". 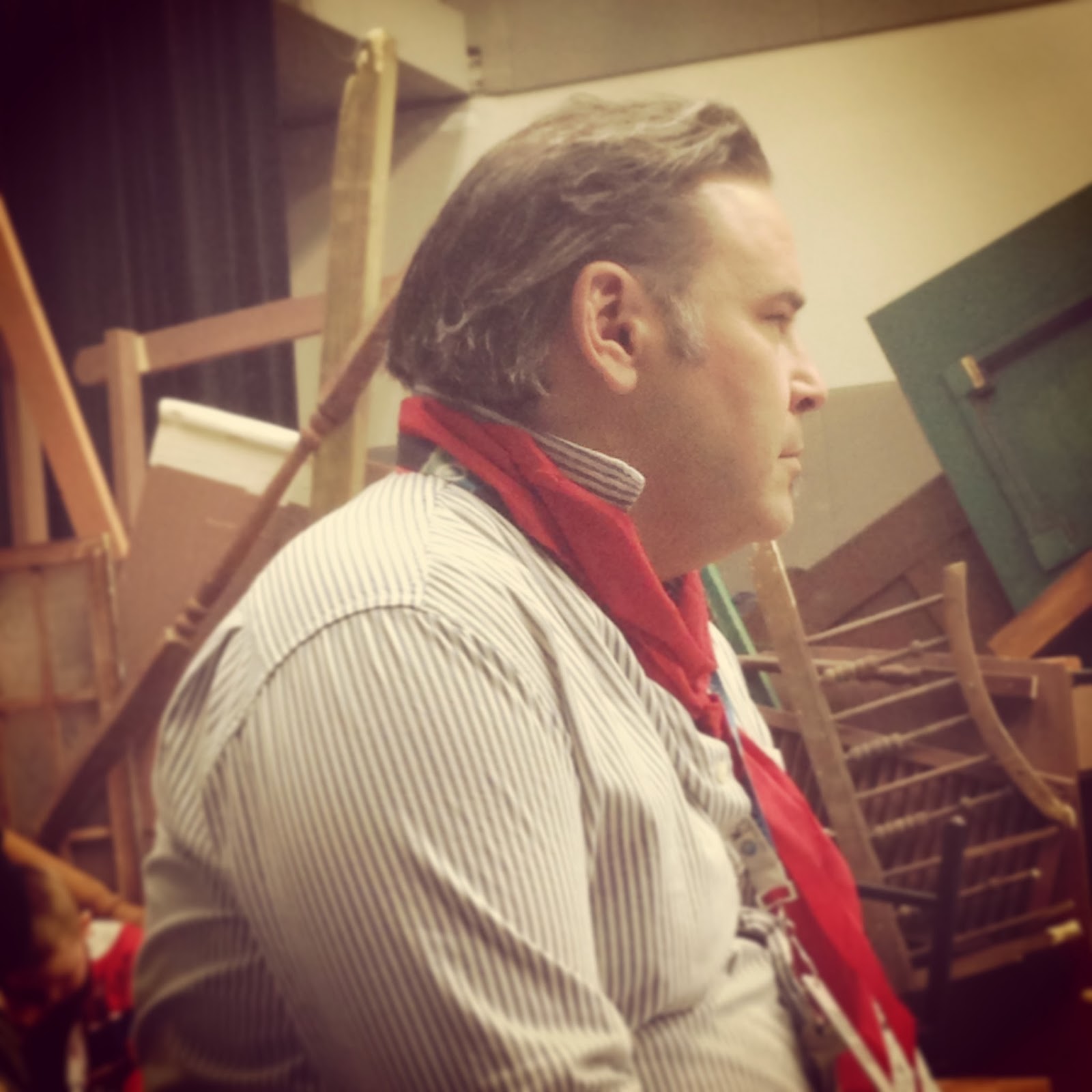 A fascinating exercise where each player models their various outfits for director Claude Giroux and designer Tiffany Bishop, the costume parade results in a long list of alterations, adjustments, accessory changes and myriad other decisions and action items that will need to be done in time for our first set a technical rehearsals coming up in just over a week.  You couldn't pay me a billion dollars to step into Tiffany or Melissa's roles.  After about 5 seconds my head would explode.

Set designer Jason Bolen arrived yesterday.  From New York City, he brings a wealth of experience to the team and will work with the technical team, including scenic painter Lisa Ruelling, to transform the huge set pieces into authentic looking period structures.  Right now, they are pretty much just raw wood with a base coat of paint.  We got a quick glimpse of them while on stage ringing out our microphones.  I can't get over how large they are, and tall. 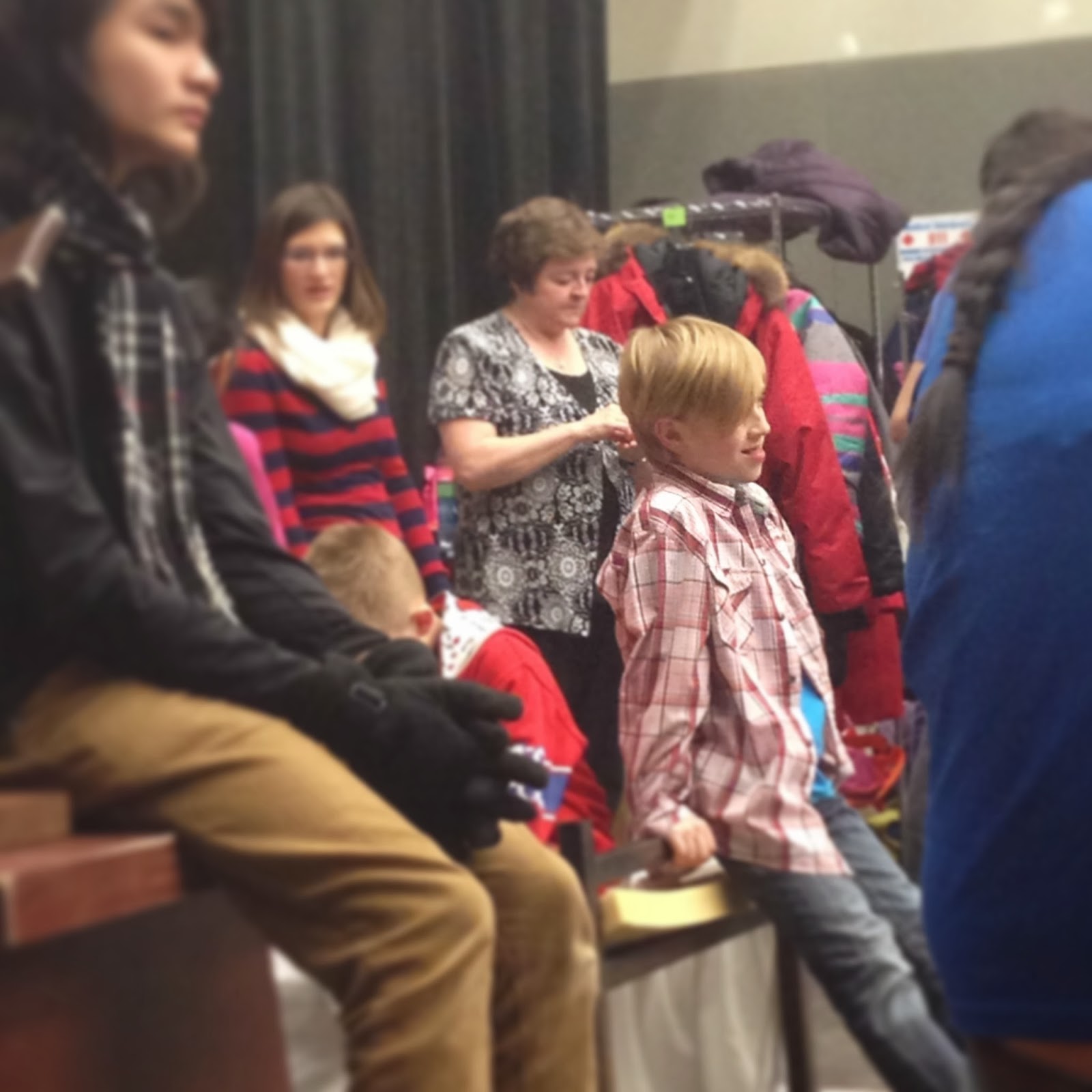 This is the final stretch for us.  Two weeks from today we will preview our production of Les Misérables to what could potentially be a sold out house.  For my son Ben, it will be an evening of facing the fear of performing in front of a large crowd.  I'm sure he won't be alone.

Opening night is guaranteed to be a complete sell out, as will the opening Saturday night performance.  There are only a handful of seats left for those two premium performances.  Visit www.keyano.ca/theatre to get yours soon.  None of us want you to be disappointed.
Email Post