God bless Miss Kim.  The accomplished choreographer came into rehearsal on Friday night and added some flavour to both "The Innkeeper Song" and "The Wedding".  Many of us fell in love with Kim's approach during last year's production of Hometown...The Musical!  My job as the master of the house hasn't changed much, except to make way for a lot of fun that is going on around me.  I also get to do some un-dancing in "The Wedding", which is an adventure all on its own.

It's often been said that the voice is a muscle and the more you work with it, the stronger it gets.  For me, yesterday and Friday's rehearsals felt like a vocal turning point.  I was able to survive 5 or 6 trips through "One Day More" singing full voice and not having it hurt.  If we had done the same earlier in the week, I don't think I could have said the same.


I love this phase of rehearsal, when we go through complex scenes over and over again.  This is when  I get to fix little bits that I've quietly been screwing up for weeks.  It's also the phase when I make little character discoveries and choices that get cemented into my onstage patterns.

For Steph, Alison, and Jennifer - our stage management team - this period is about recording and absorbing everything, including actors' movements, scene changes, and the melange of props that come in and out of the scenes.  Steph is also preparing mentally to "call" the show, which is to say give the vocal commands that initiate the execution of hundreds of technical cues that have to sync perfectly with what the actors are doing.  It's a process, that's for sure, and she's an absolute pro.

In my mind, yesterday's rehearsal will forever be the rainbow day.  I was seeing interesting colour clusters, everywhere I turned.  Claude, Susan and Steph were all wearing a similar shade of purple.


There was a large contingent of shades of light blue, grey and green lead by the Bowers boys.


Karla and Janelle had to have coordinated their colourful ensembles.  They led the neon/psychedelic gang.


Jeremy, Norm, Adam, and Terri were at the dark end of the spectrum, and there were enough other colour choices in the room to have created a rainbow, had we stood everyone side by each. 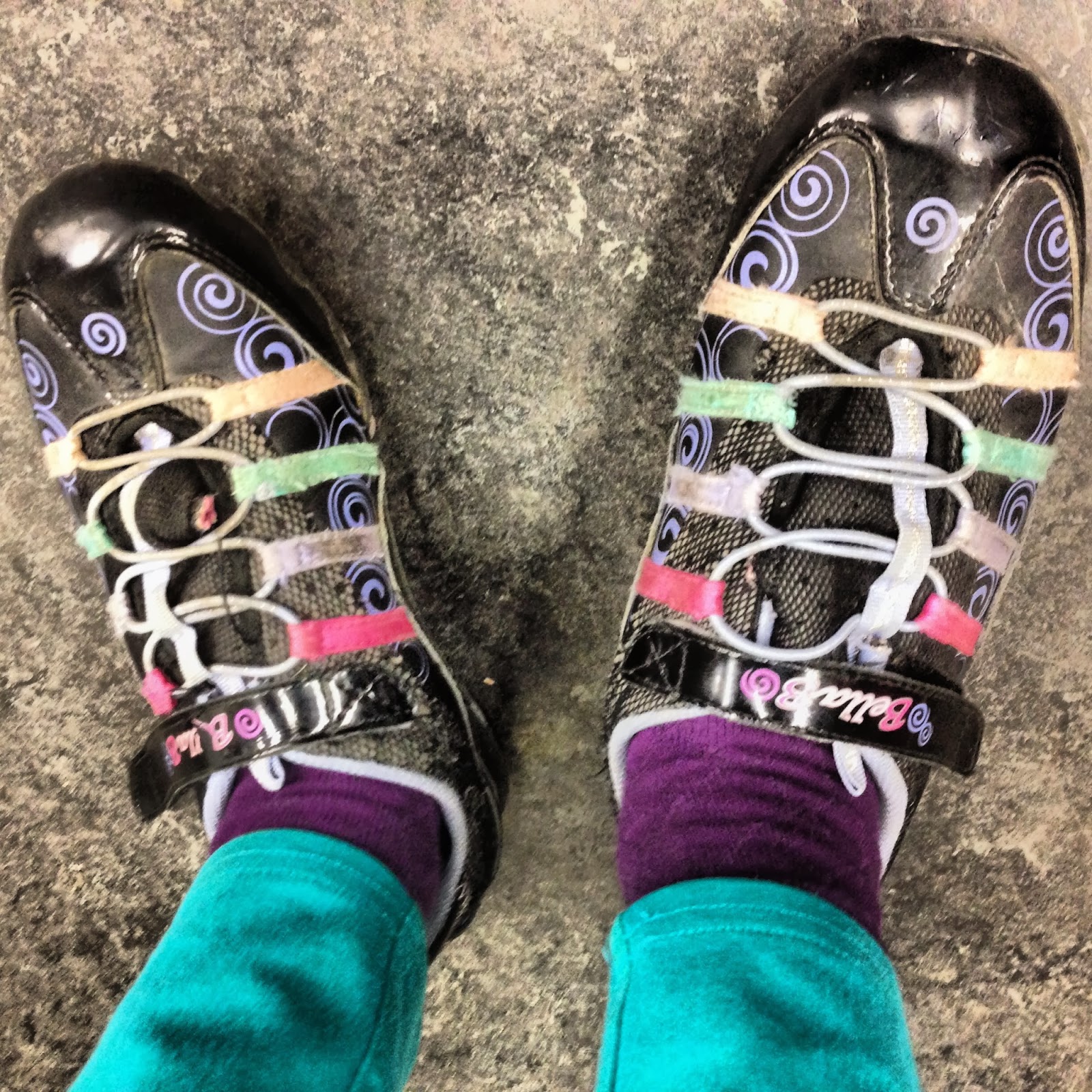 Grace's shoes were a cornucopia of colours all on their own.

While this process is aimed at telling an epic story, it also results in epic fun.  Here are a few candid shots of what happened during breaks an on lunch hour.


"You need to take more shots of the ladies," suggested Diana yesterday, as she had been watching the steady stream of images I was sharing on Facebook and Instagram.  Whether it was my location in the room or the natural clustering of people, she was right.  So, as the day came to an end, and a healthy gaggle of gals had formed in the centre of the rehearsal hall, I couldn't help but gather them together and capture the moment.  Aren't they beautiful?

We now have a few days off to rest, catch up on homework and laundry, and prepare for the final charge to the barricades.
Email Post