Over the past few days, I had the honour of presenting as part of a panel at The Gathering 2.0,  the Suncor Energy Foundation's bringing together of social profit and community benefit sector leaders from across the country.  I was joined by Chile Hidalgo from the Foundation Strategy Group out of Boston, and Jessica Bolduc, an inspiring leader from the 4 R's Youth Movement.  We were tasked with providing voices from different vantage points in the system.  At first, I really didn't know what I could say that would possibly be useful.

I'm in an incredibly beautiful and wonderful place now - working for the United Way, continuing to celebrate the arts, writing and painting - but it's been a helluva year.  I lost an election.  An organization that I founded (EWB) fell on hard, and likely fatal, times.  And I faced the great uncertainty of not knowing what I would do as my Keyano College career came to an end.  Add to that, the findings of the recent KPMG audit, and it became clear that I needed to start my short presentation with some Dickens. 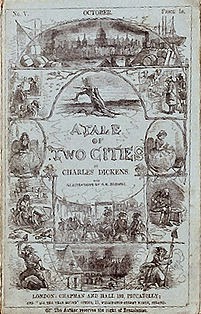 In so many ways, Dickens projected over 150 years ago, the great dichotomy of perspectives about Wood Buffalo, and in some ways, my time on Council from 2010 to 2013.

As a "recovered" politician - a line that usually gets a laugh - and as a person who has suffered the slings and arrows of numerous changes that could easily be seen (and felt) as defeats, I have chosen to embrace the rich lessons that are contained in these kind of life events.

The Adaptive Cycle, a model that factored heavily in the Sustainable Communities Conference and The Gathering, both of which occurred last week (Yes. I'm exhausted), provides a path to resiliency that includes drawing out the lessons from when the proverbial poop hits the fan (or when the forest burns down), as opposed to pointing fingers and trying to assign blame.

Ever so ironically, one year ago, when I attended The Gathering 1.0, I was in the dying days of the municipal election campaign (literally and figuratively).  Being able to check out of the ferocity of that race, if only for a few days, was a blessing.  But flying home to Fort McMurray from Calgary, the stress and anxiety started to creep in and I decided I needed to draw what I was feeling.  I shared the resulting mind map yesterday morning and how it helped me clearly see the things that were within my control, those things that were not, and the lessons that I needed to learn. 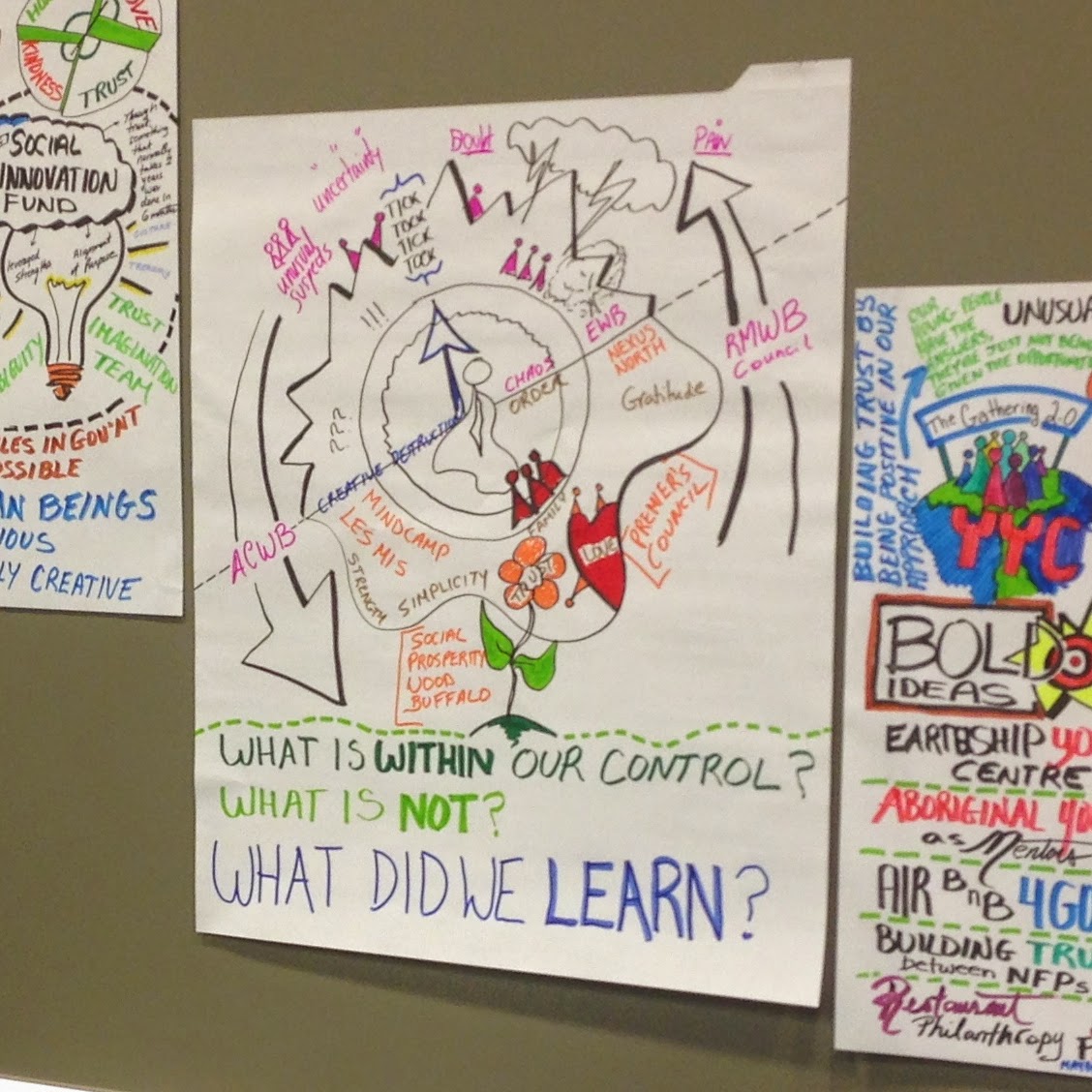 To be honest, while I vocalized that anything was possible in an election race, in my heart, I thought I was safe, that I would be re-elected.  However, looking back on that mind map from one year ago, I had actually drawn the eventuality that I would not be serving a second term on council.  At least, that's how I interpret it one year later.

The seeds of my success are sown in soil rich with failure.  My soil is particularly fertile after the year that was.

I am deeply grateful to Cathy Glover and the Suncor Energy Foundation team for inviting me to draw at The Gathering and participate in the "Voices from the Sector" panel.  I was incredibly inspired by many things, but especially the indigenous voices in the space, young and old.  Their courage, honesty and hope took The Gathering to a place that was truly magical and moving.  I was proud of all my brothers and sisters that were there, and honoured to be among them.
Email Post