Ebola reared its ugly head in the 1970s, when I was going through my "I am afraid of everything" phase.  My nights were deeply troubled with visions of global thermonuclear war, Bigfoot, catastrophic earthquakes, and myriad things that went bump in the night.  Ebola just added to the list when it started being written about in Time, Maclean's and other publications that Dad had lying about the house. 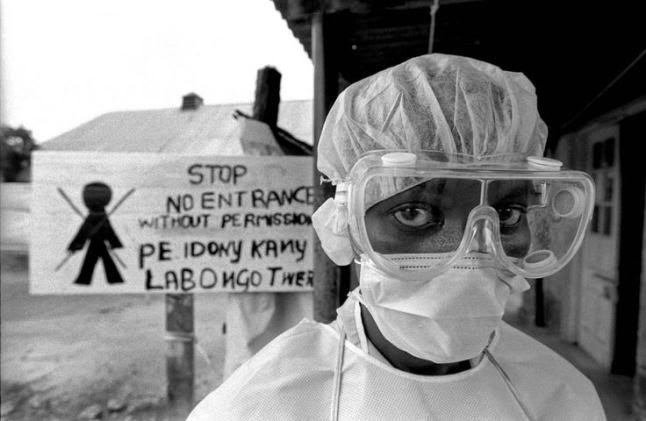 I have this formed impression of what ebola is based on those exposures, and the way it has been portrayed in popular culture.  Up until this recent outbreak, I had the impression that it was a virulent killer that was kept under lock and key in some highly classified bio containment unit buried under some mountain somewhere.  That impression has changed significantly in recent weeks.

Thousands of people have died in Africa: 778 in Guinea, 2316 in Liberia, 8 in Nigeria and 930 in Sierra Leone. One has died in Dallas. And as of this morning, 75 health care workers in that city are being monitored for symptoms.  This outbreak, largely focused on the other side of the world, is hitting closer and closer to home. 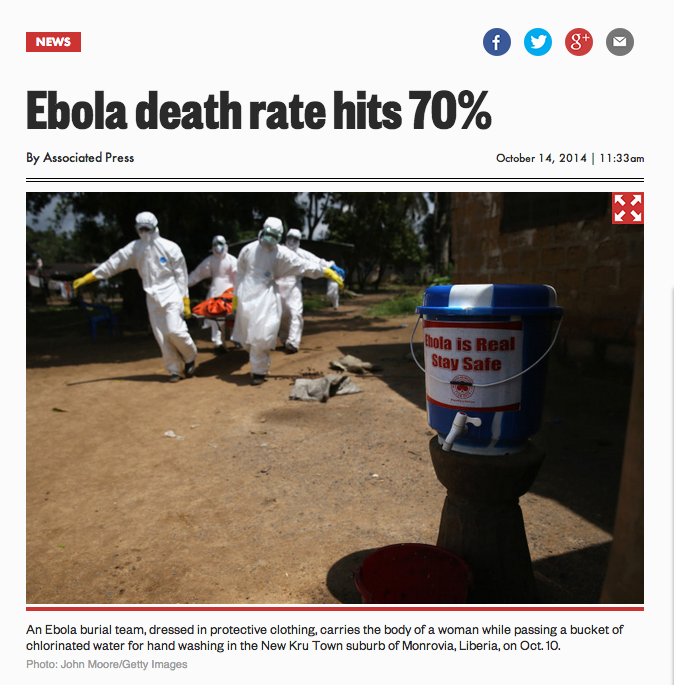 While the global death rates of the Spanish Flu, which spread to all corners of the planet at the end of WWI in 1918, are not known, it is estimated that it resulted in a mortality rate of 10 to 20 percent.  An October 14th headline on the New York Post  website suggests that the mortality rate for ebola has hit 70 percent. Considering the devastating impact of the Spanish Flu, which some estimate killed between 40 and 50 million, it is no wonder the world is on edge. 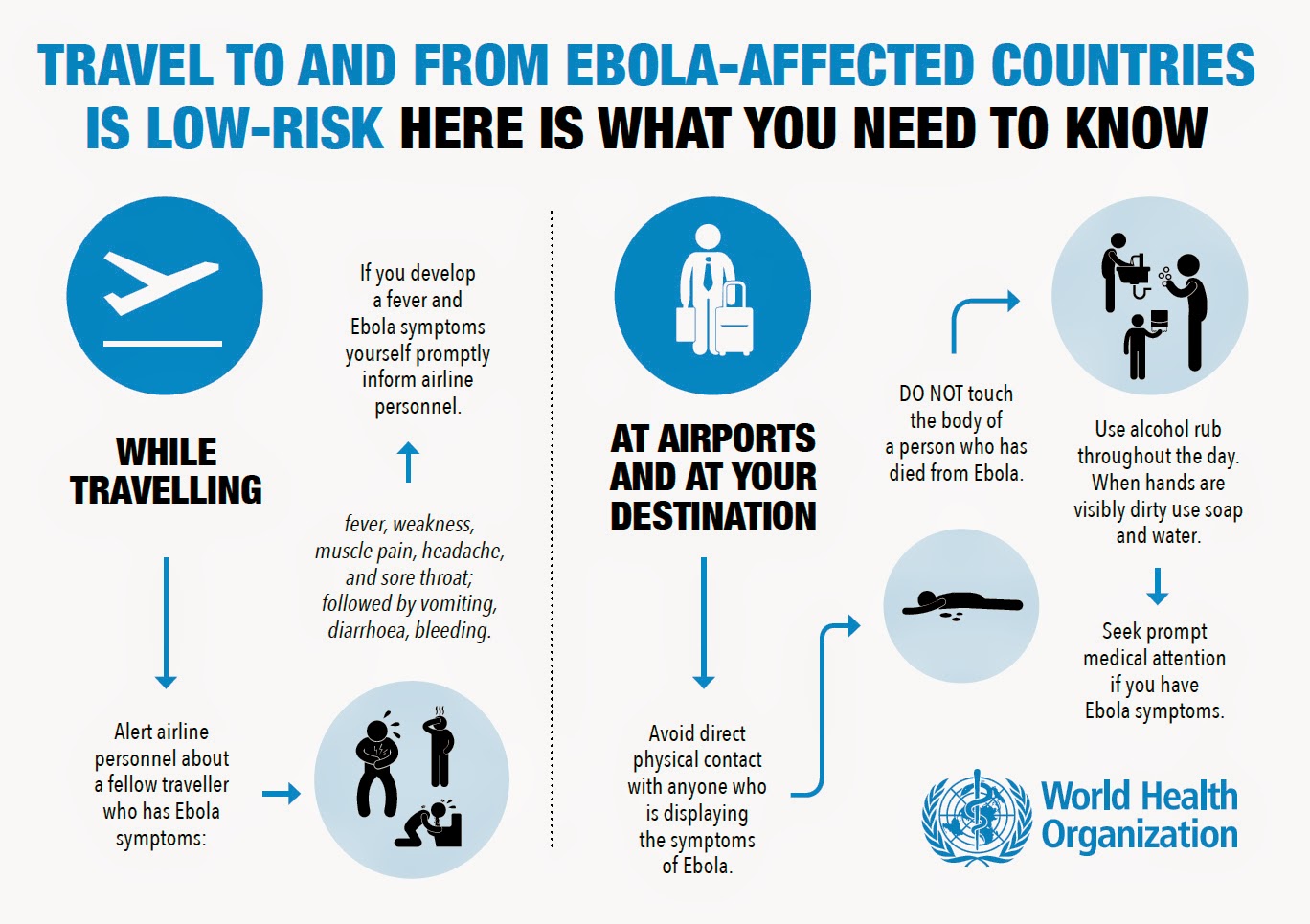 Much like what happened in 1918, as the spread of GI's around the world spread the deadly influenza virus, human travel, between countries and continents, is the greatest risk factor in controlling (or not) this cataclysmic spread.  The World Health Organization has created a useful infographic to provide guidance for those folks traveling in affected areas.  You can download a copy here.

Five years ago, we lived through a pandemic scare that had thousands of us lined up around the block to get our immunization shots.  H1N1 affected lots of people, and killed many others.  Globals deaths due to this influenza strain ranged between 100,000 - 500,000 in 2009.  I fear that this creep of ebola into our lives could be even more significant.

For the facts and background on ebola, visit the World Health Organization website by clicking here.