The 24 people who signed on to this mission to produce Claude Giroux's adaptation of A Christmas Carol come from many different backgrounds, circumstances and places.  There are a few of us of a certain more mature generation.  There are a larger number of younger adults.  And we have a grouping of children, many of whom were seen in this summer's production of Aladdin Jr. 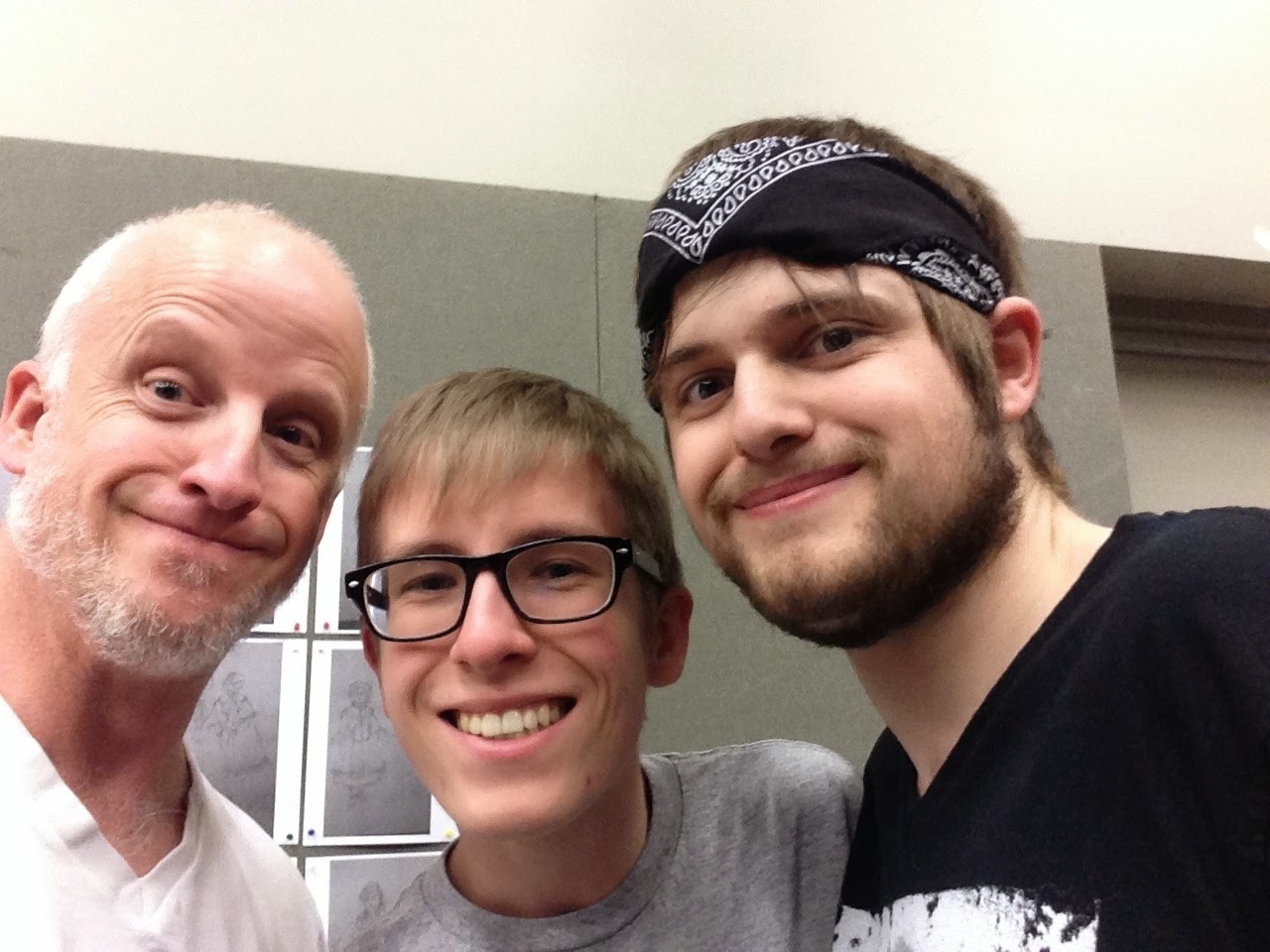 While Saturday's rehearsal was long, and I desperately needed a nap to get refreshed, I had several moments of silent reverence and appreciation for being able to be a part of the experience.  Each one of us has made the choice to devote countless hours to telling this story.  Over the next 5 or 6 weeks we will grow into an ensemble that will feel like an extended family. 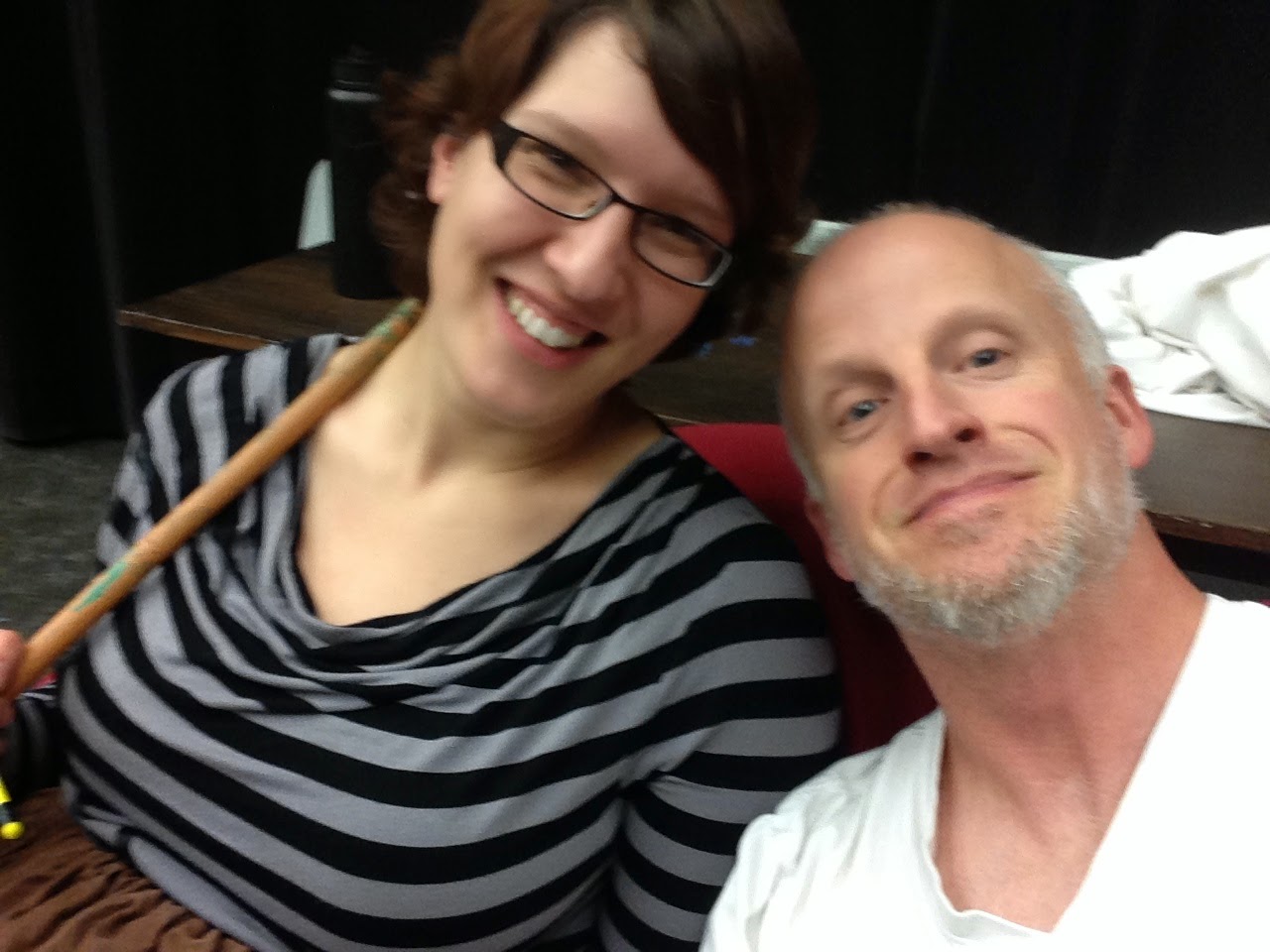 We continued our march through the staves yesterday, working through some of the more complicated scenes with lots of activity and people as the Ghost of Christmas Present, played by Jenny Price, does her best to show Scrooge the errors of his ways.  It was a lot of standing around for Jenny and I as director Jacqueline Russell began filling the theatrical canvas.  While Scrooge has a lot of lines, the vast majority of the dialogue and transformation happens in his head, especially during the ghostly tour through the past and present. 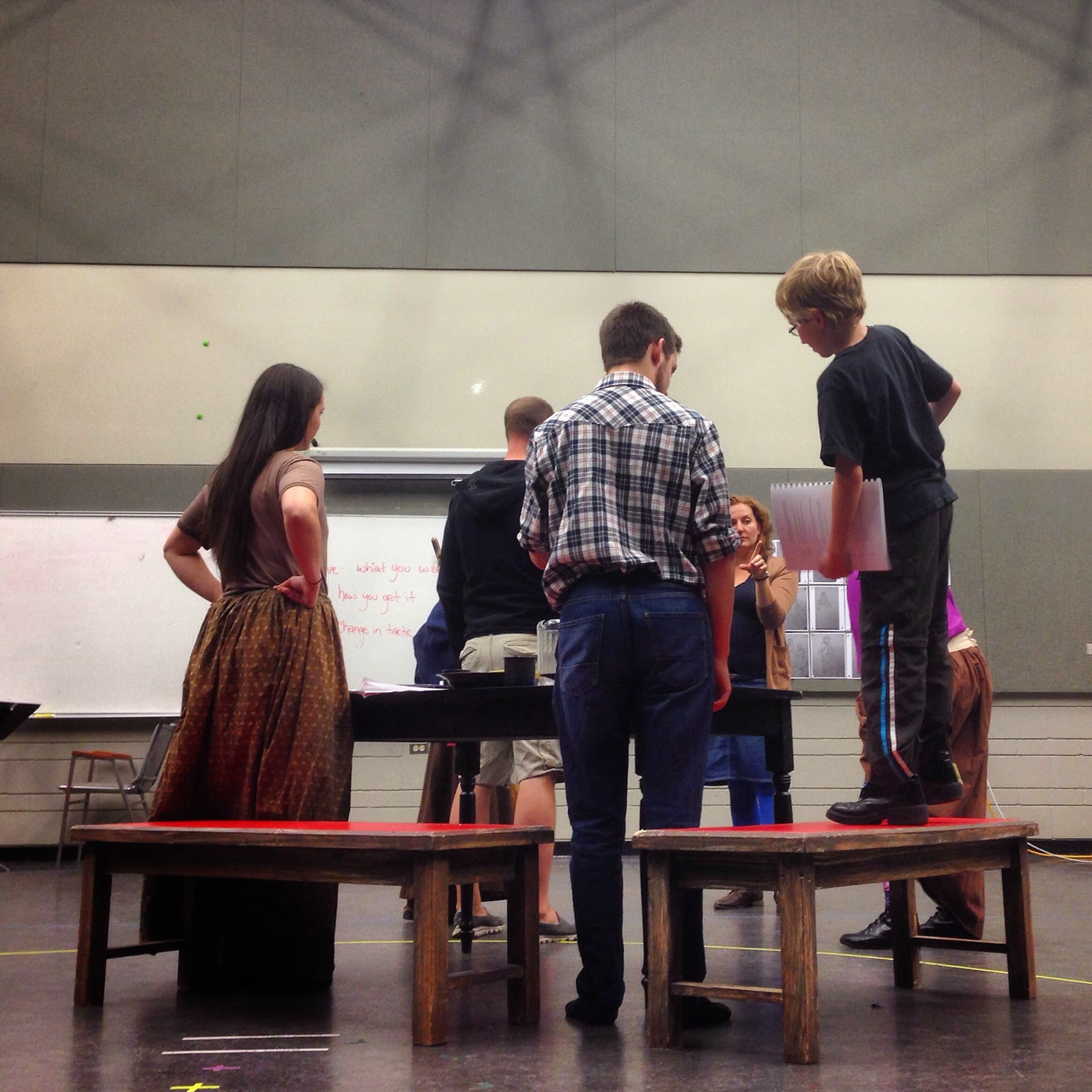 As an actor, this is going to be an inner journey, informed and inspired by the talented and insightful souls who surround me.  The change that Scrooge goes through in the matter of 90 minutes (or so) is complete and exhilarating.  I suspect by the time I'm hanging out the window telling the little boy to go and get the prize turkey hanging in the front window of the poulterer's, I'll be feeling perfectly punch drunk.

I'll be spending much of today in the studio painting.  It will give me valuable contemplation time regarding Mr. Scrooge, his menacing shadows, sharp corners and hidden curves.