I had a little out of body experience at rehearsal last night.  Cowering under the covers as the Ghost of Christmas Past (played by Ben) lit up the room, I had this burst of realization of how unique and wonderful it was that my 11-year-old son was scaring the bejesus out of me.  In the early days of rehearsal, Ben is taking a creative approach to playing the second ghost that appears one winter's night in the life of the craggy Ebenezer Scrooge.

Director Jacqueline Russell's approach in putting A Christmas Carol on its feet is to begin by reading around the table, and having dialogue about the characters.  I particularly enjoyed the astute observations and thoughts of the two gentlemen playing the younger versions of Scrooge: Colin Humphrey and Alex Hill.  Both offered insights that bring me a little further along on my quest to understand this complex man, his many shadows and rare bursts of light.

At this stage in the process, the set, such as it is, comprises of coloured tape on the floor of the rehearsal hall.  In many ways, it's a gigantic game board, with the schematic drawing of the set stretched throughout the space.  Stage Manager Steph Link always does a brilliant job of getting this right, so much so that by the time we get to use real walls, stairs and doorways, it's like they were there all along.

By my count, this will be my fourth production with Steph.  She is certainly one of the finest stage managers I have ever worked with and I enjoy the small traditions we have developed.  For instance, I always try to be the first to get my bio submitted.  So, last night, the first thing I did, before I even took my shoes off, was slam out a 100-word submission for the Playbill.


Russell Thomas - Ebenezer Scrooge
Russell is thrilled to be back on the Keyano Theatre stage playing another great “old man” part. He has appeared previously as Thenardier in Les Mis, Grandpa George in Hometown…The Musical! and David Sarnoff in The Farnsworth Invention. By day, Russell enjoys working with the United Way of Fort McMurray. By night, and during his free time, he likes painting portraits and writing. He is deeply grateful to Heather for allowing him these theatrical indulgences.


"If only he had sent his headshot too," Steph thought to herself reading my initial message, thrilled that I was once again the first cast member to email over a bio.  She was delighted to wake up the next morning to find my photographic portrait in her Inbox.  We were thinking the same thing. 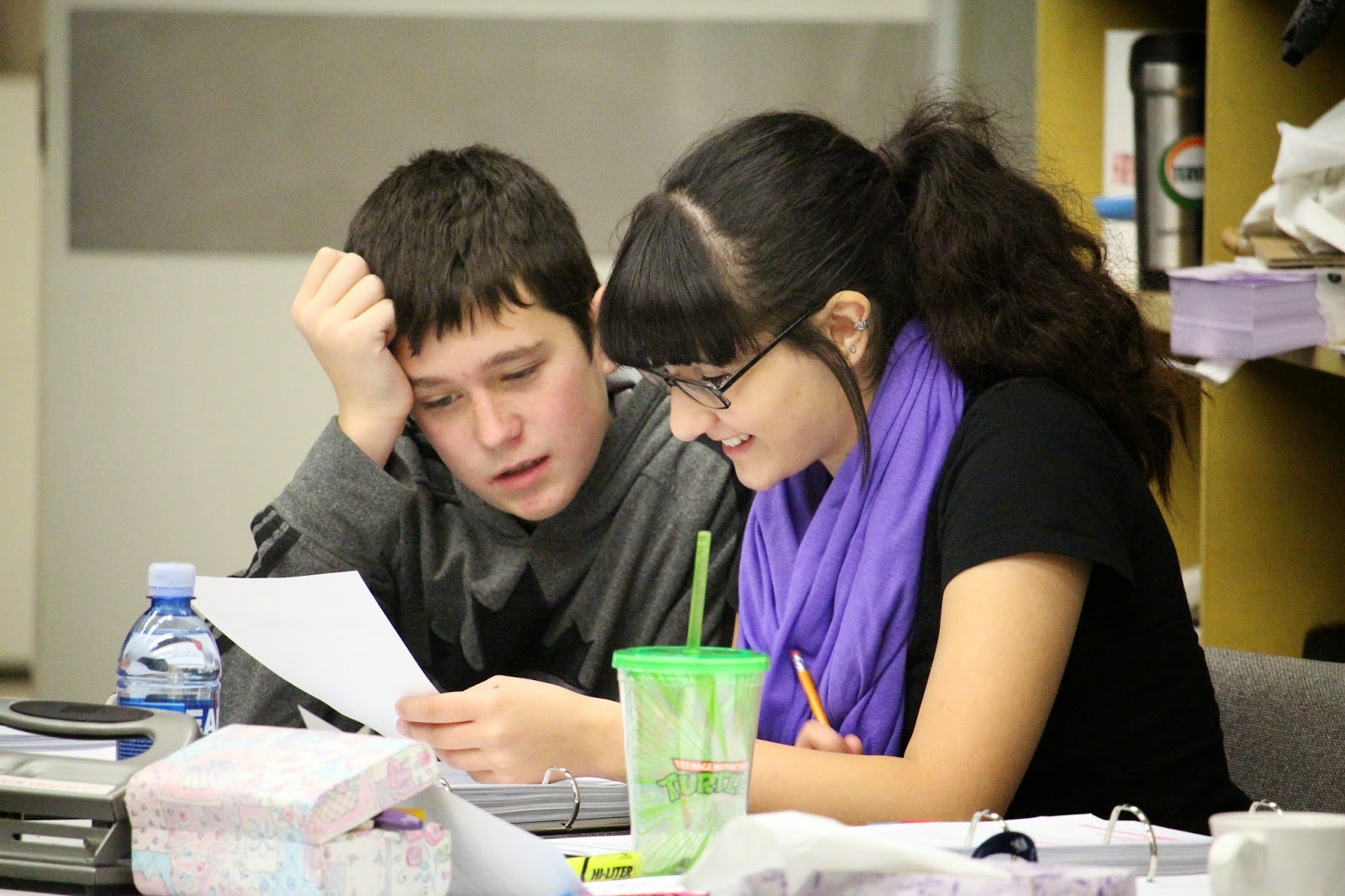 I'm so pleased to see Jack and Nathalie sitting at the table for A Christmas Carol.  They are volunteering as assistant stage managers on the production, having begun their Keyano Theatre Company adventures in 2012 playing my grandchildren in Hometown...The Musical!  They will become two of the most important supports for the cast as we get closer to opening the show, one focusing on costumes, the other handling props.

I'm equally pleased to get to work with Dianne Pare again.  She's helping out with the music side of A Christmas Carol.  Last night, I got to practise a little ditty called "Barbara Allan" with Janelle Leask (playing Mary) in Dianne's studio. It's so nice to be singing again.
Email Post