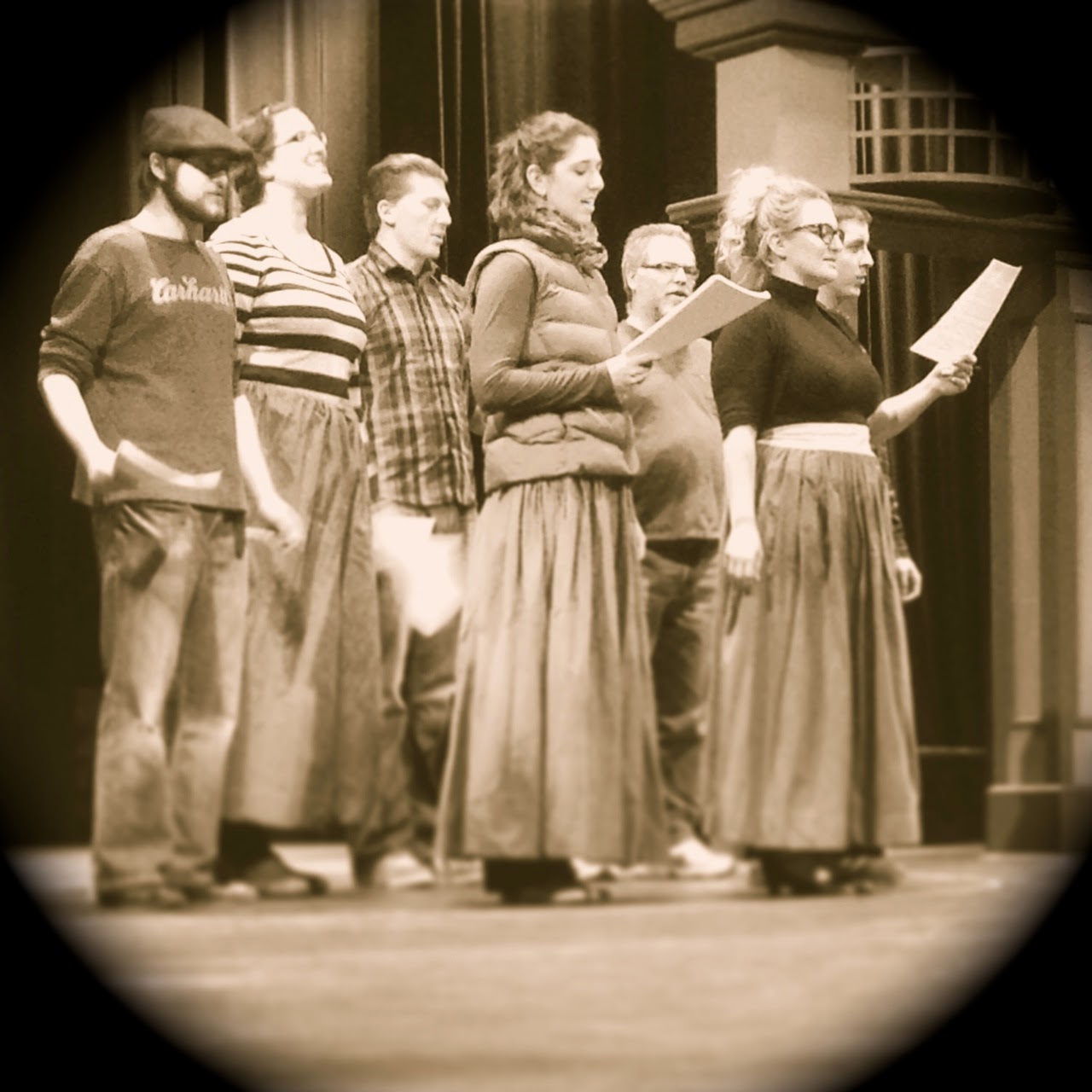 There are a number of spots in the play where director Jacqueline Russell has promised that "magical things will be inserted", whether that be during the entrance of one of the ghosts or one of the hallucination-like transitions from one location to another.  Last night, we began to piece a few of those moments together.

The success of a production like A Christmas Carol is predicated on both the movement of people and set pieces through the story.  Many theatrical tricks and pieces of technology will be used to make the magic required to elevate a story that was intended to be read by candlelight in the mid-1800s.  Dickens wrote it knowing that the mind would take the reader to the fantastical places described within.  I wonder if he ever envisioned it as a theatre piece, especially in light of the limited suite of special effects available at the time.

We are so fortunate to have a team at Keyano Theatre Company that has the knowledge, experience and resources to execute a production like A Christmas Carol.  From moving set pieces to a revolving platform, from fog to masterful lighting, these elements will all get added to a set designed by Roger Schultz that take us back to the London of 150-plus years ago.

"This is the stuff that really makes a difference to the end product," I whispered to Mark O'Neill backstage as traffic details were being worked out on the deck.  The business between the acting is often a delicate dance, and we spent several hours last night working out those complicated steps and figuring out the rhythm.

I personally love when we get to the detailed scene work stuff.  That's when both the lines and the character descend from my head into my bones.  Being able to go through a small section a number of times, making small nuanced improvements, is fun for me, and heightens the anticipation of doing the next run through of the play.

We have had a number of bonus days of being able to use the main stage for rehearsal.  It has been great to get a sense of space and how the various moving parts will fit between the curtains and track on to the stage.  We return to the rehearsal hall for the next week and a half, as other priorities move into the theatre. 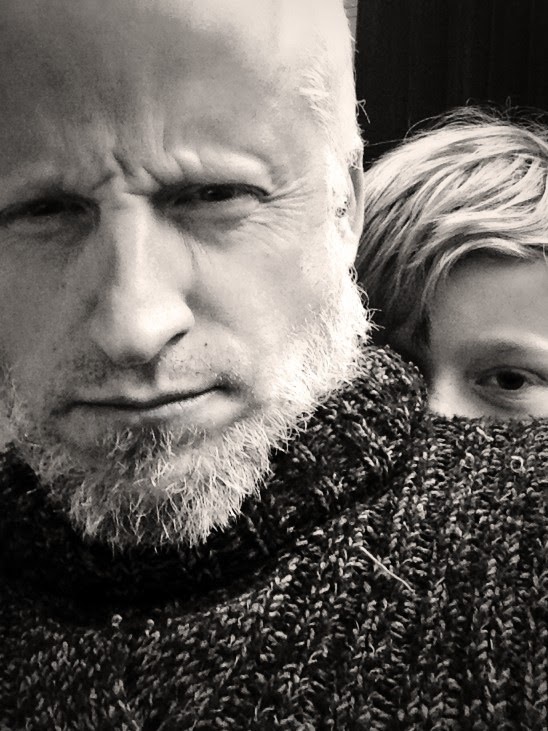 It's been fun going on this journey with my son Ben.  I appreciate his presence, dedication to the process and creative instincts.  His work as the Ghost of Christmas Past is really cool.  I'm very proud of him.
Email Post