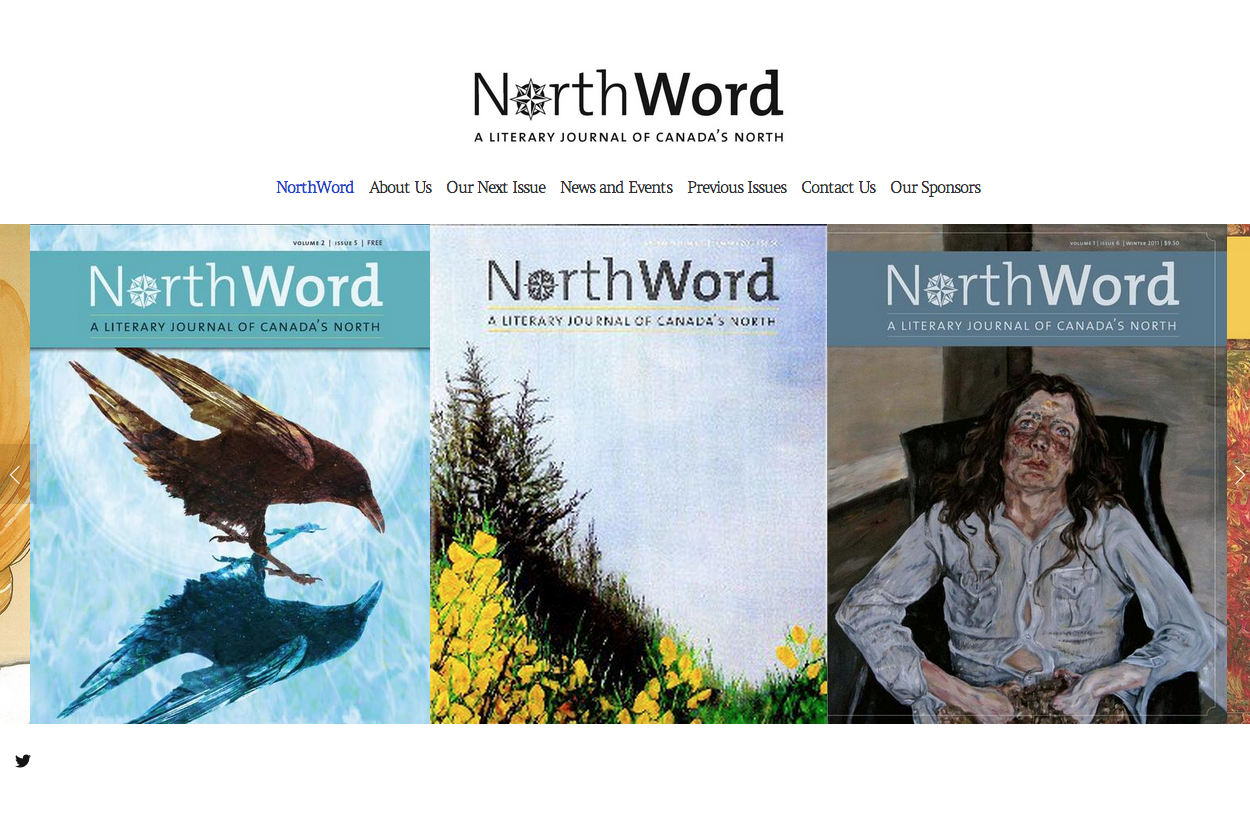 NorthWord literary magazine is taking an unexpected turn for its next edition, exploring the theme of SURPRISE.  Submissions of poetry and prose are currently being accepted for consideration of being published in Issue #12.  I'm honoured to be playing the role of guest editor of this surprising collection of literary wonders and I would encourage you to submit your written creations that flirt with SURPRISE.  You can do so by emailing northword@hushmail.com.

What has surprised you in life?  What moments stand out as being totally unexpected and shocking?  How do you feel when something happens that you absolutely didn't expect or anticipate?

Or, perhaps the point of view is that of the person choreographing the surprise, the master of the ruse?  What is the process of crafting something that truly jumps out of the blue for someone?  Perhaps you can play with that idea.

The idea of SURPRISE has been inside of me on slow boil for quite some time.  Wood Buffalo consistently surprises people in many ways.  We are not what they think, especially if all they've been exposed to is the reporting by rote that has occurred over the last decade, as if the stories had been pre-written before the reporters even got off the plane.

What do visitors or newcomers to our community find that makes them do a double take?  What shatters their preconceived notions and assumptions?  Here are a few of my observations: 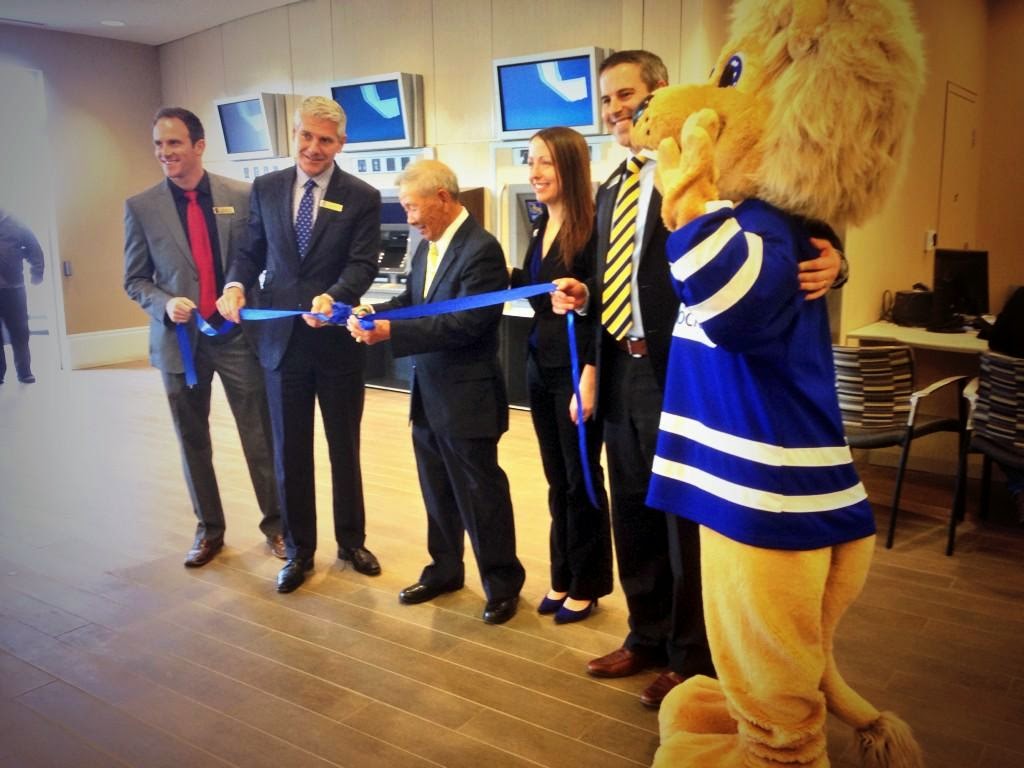 The number of people who came here to make a pile of money and leave after a few years is staggering.  The percentage of those people who stayed because they fell in love with the place is even more surprising.  Wayne Chow was at the re-opening ceremony for the Royal Bank downtown branch the other day.  He came here on the the two-year plan in in the 1950's.  He's still here.  Yes, I'll freely admit that some stay beyond the two years because they get addicted to the income.  But many get addicted to other things: great schools, neighbourhoods, outdoor opportunities, and the indelible sense of community. 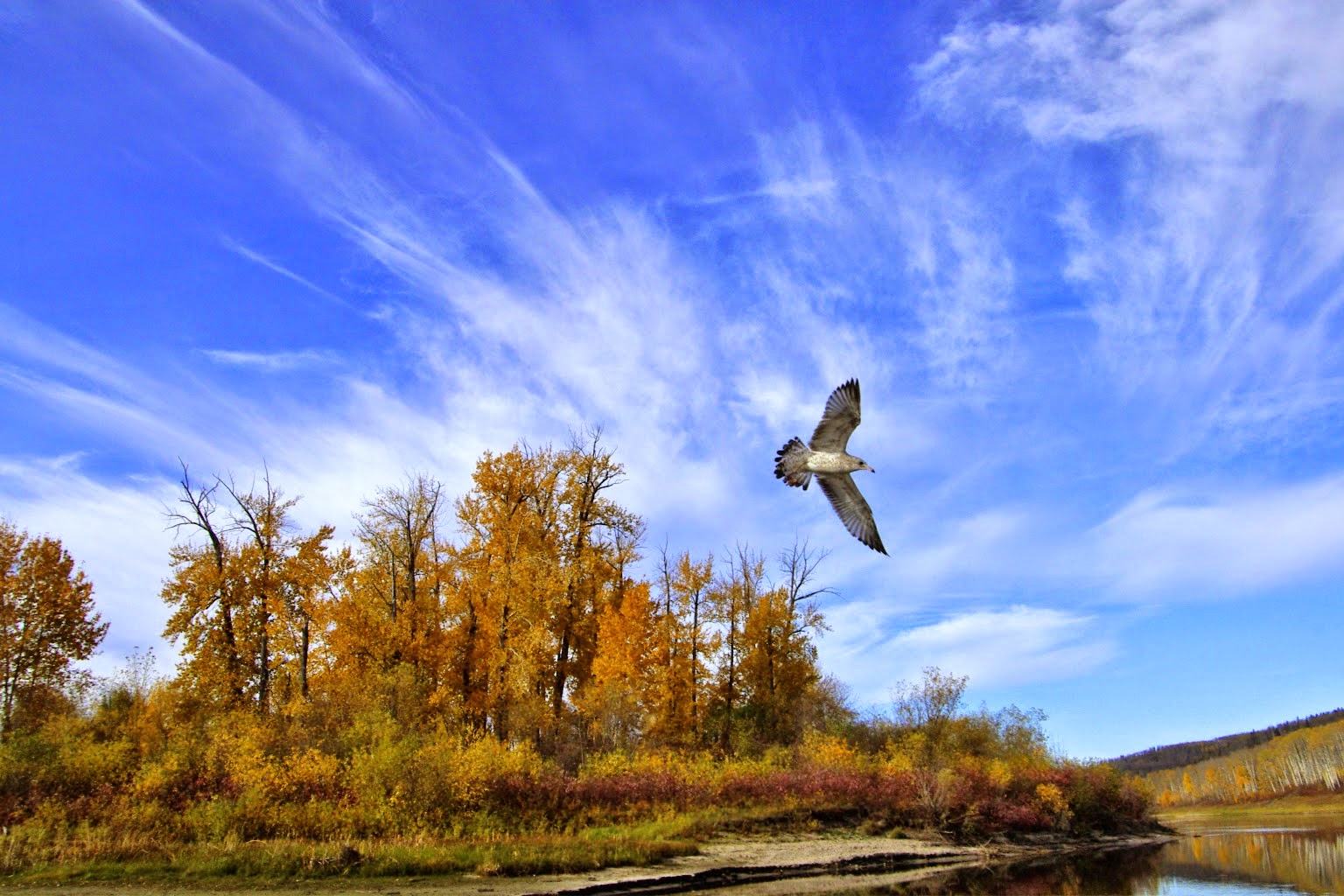 Did I expect the stunning beauty of the Clearwater River Valley when I arrived for the first time in 1996?  Absolutely not.  I was ready for a black and dirty industrial town, a place permanently stained with the detritus of oil production.  Many years later, the natural beauty of Fort McMurray and Wood Buffalo continues to take my breath away, in all seasons. 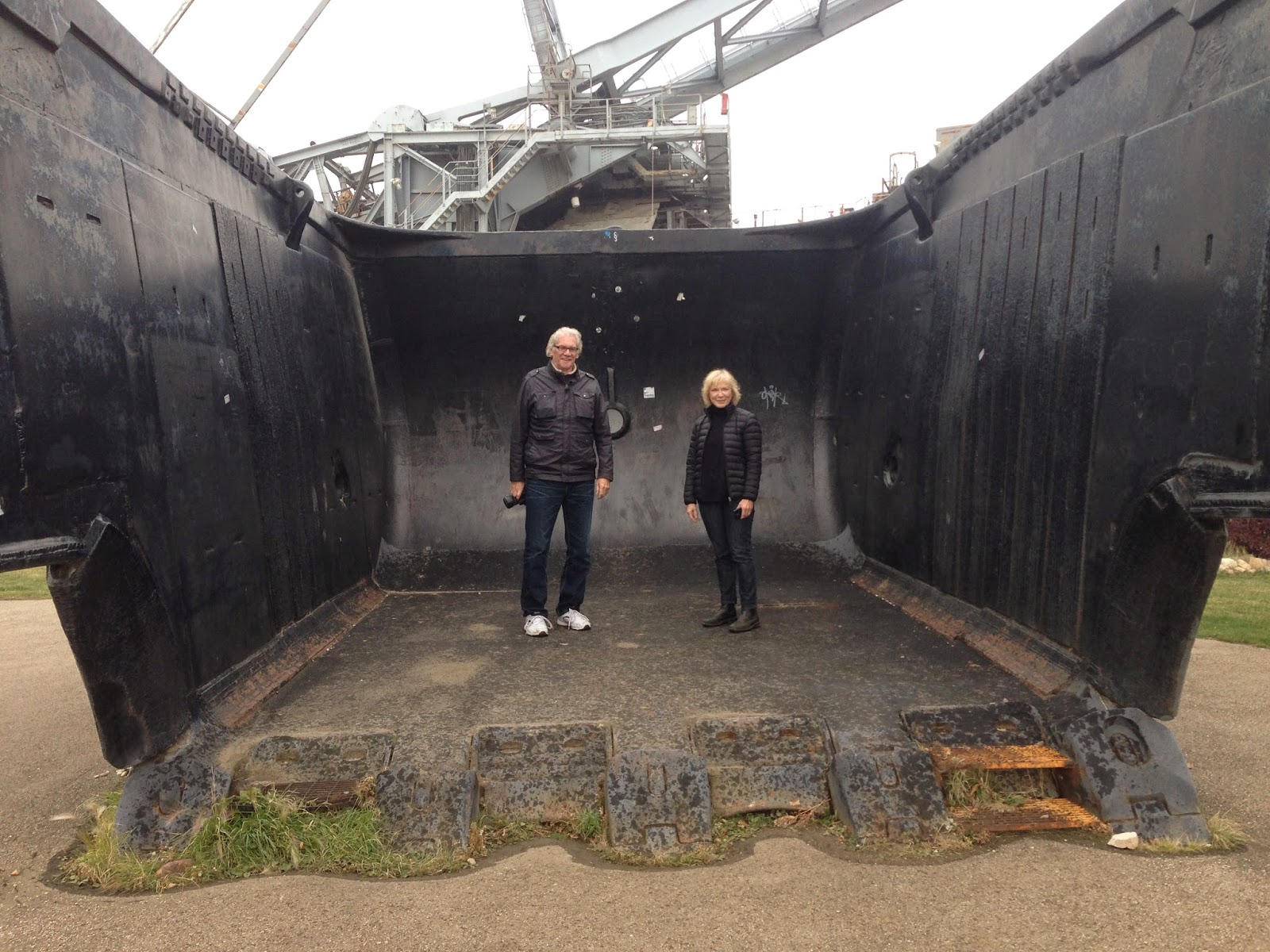 I have been driving back and forth through the heart of the oil sands since 1997, when the industry really began taking off.  You'd think with that much exposure that its effects on me would be somewhat dulled.  But the fact is that I continue to be fascinated and gobsmacked by both the enormity and complexity of the development and the passion and dedication of the people who are helping to harness the energy in a responsible, sustainable way. 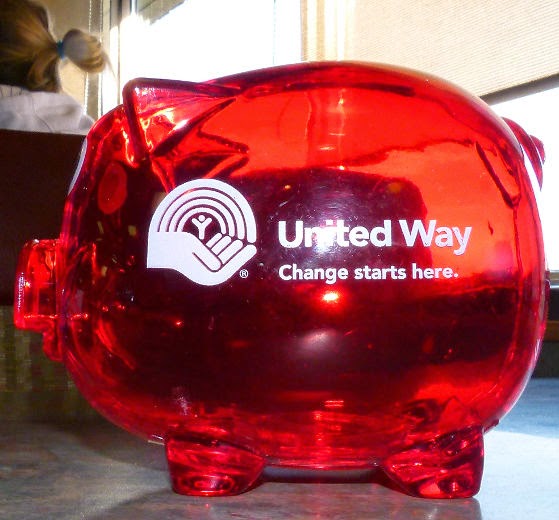 The story of the generosity of the people of Wood Buffalo is an epic novel still being written.  From the small gestures of throwing $20 in the tin for a muffin at a bake sale in support of the United Way or the major miracle of raising over $1 million in one night for Kids Forever, the level and authenticity of the giving that happens here is enchanting.  On a per capita basis, at least from a United Way Campaign perspective, there is no other place as generous in Canada.  That is a powerful talking point that significantly shakes the ground of the naysayers.

WE ARE YOUNG BUT WE ARE OLD 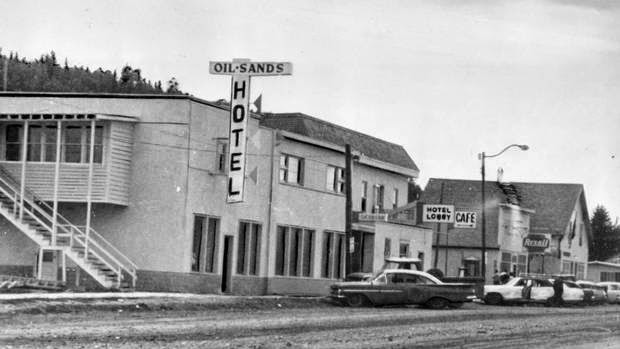 We live in a house that was built in the early years of GCOS (Great Canadian Oil Sands, now Suncor) in about 1968.  In Fort McMurray, this would be considered a heritage house.  In most other major centres, this would be considered a relatively modern home.  We have grown quickly and visible markers of our rich history are elusive.  But make no mistake, this is a place with rich history.  Fort Chipewyan is the oldest most continuously settled community in the province.  The Clearwater River was the major water highway for explorers traveling to the west coast of the country for at least 75 years.  And the Aboriginal narrative is fascinating and lengthy, stretching back thousands of years.
Take some time to visit the Marine Park, Heritage Park or visit the library and read some books about the history of Wood Buffalo.  Surprises will occur at every flip of the page. 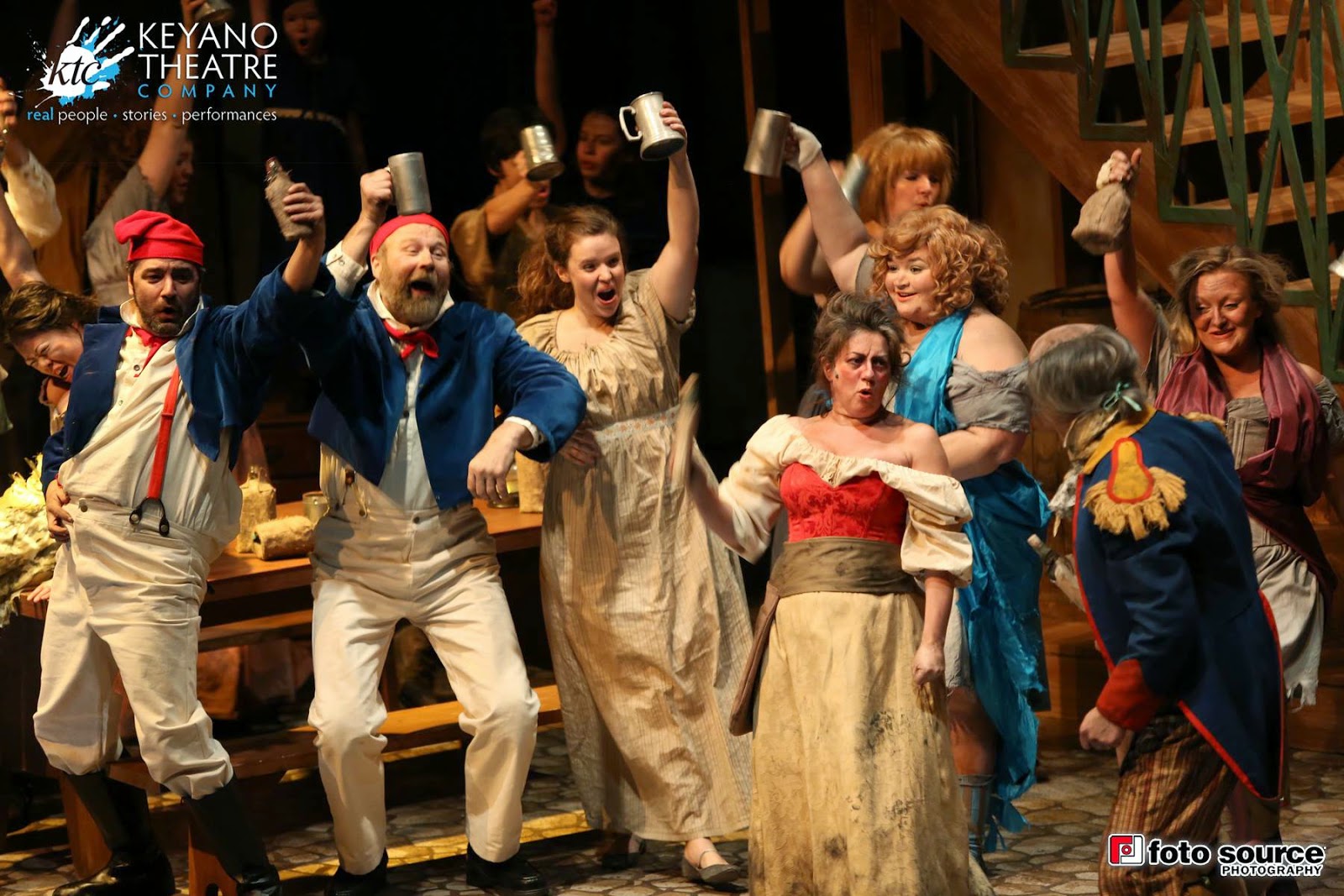 I am of the belief that Wood Buffalo is an inspiring place for artists of all kinds.  I've seen it in others; I've seen it in myself.  Many established artists from away come here and get juiced by what they see and the people they meet.  The place becomes the muse.  From the stunning driftwood drawings of Erin Schwab to the bitumen masterworks by Lucas Seaward, from the musical magnificence of people like Dan Gillies and Cara Brown to theatrical delights like Les Mis and The Vagina Monologues, the arts consistently inject surprise into the Fort McMurray-Wood Buffalo experience.

What surprises you about Wood Buffalo?  What has surprised others?

I would invite you to explore the theme of SURPRISE in a poem, fictional story or anecdote.  NorthWord offers an exciting opportunity to get published in a literary journal that is highly respected and widely read.