If You Love Your Children 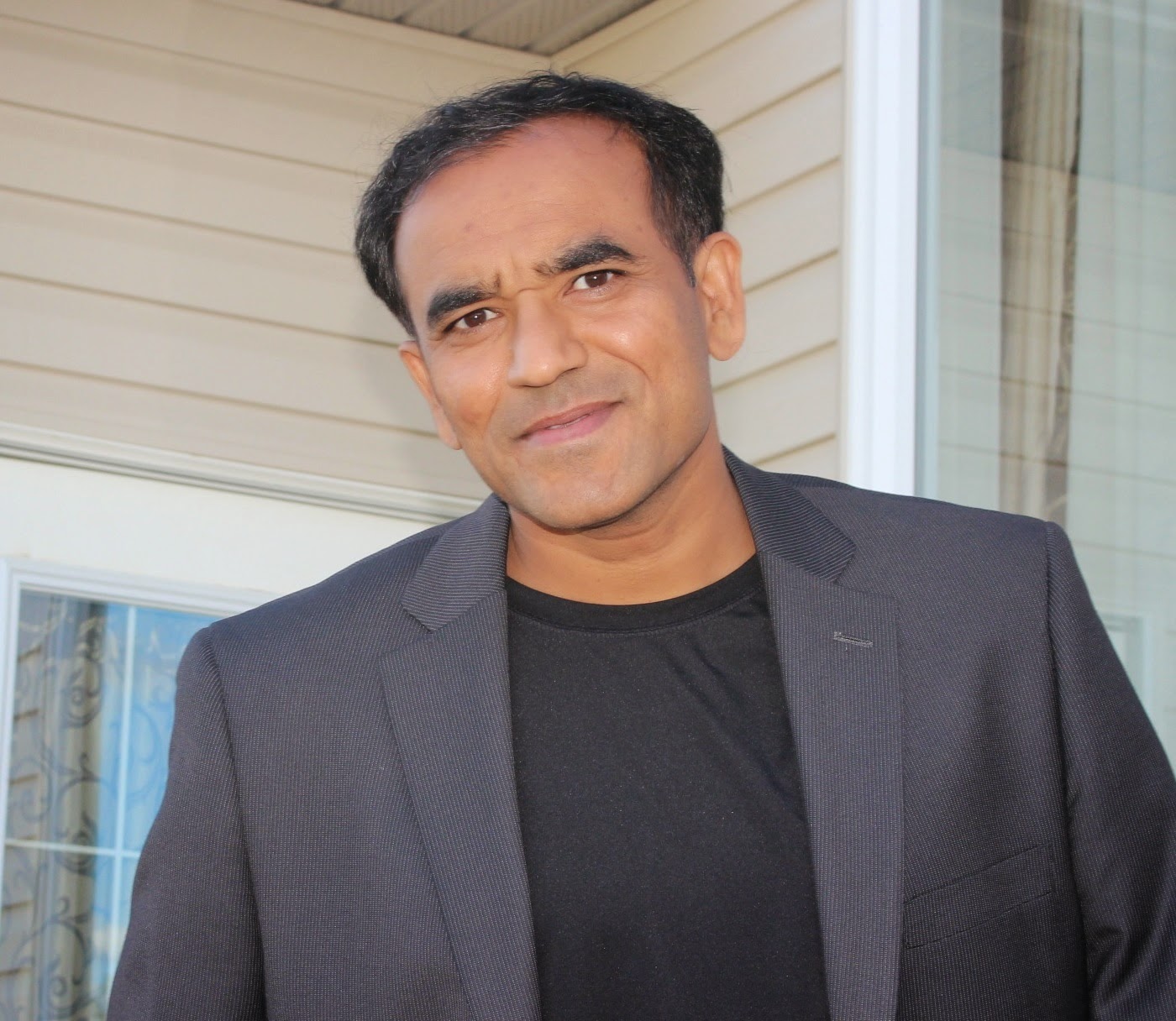 I first met Sanjay Patel at a book launch event at the Fort McMurray Public Library. He was there to get a feel for how launches go and how he might get his upcoming book, The Future of Oil, in front of the public in a way that would create some interest.  At the time, I found him to be very engaging and articulate.  More importantly, he exuded an authentic passion for what he was doing.  I went on to write a few pieces about his informative book about the industry that surrounds us in Fort McMurray and have kept in touch as he moved on to a film project.

By day, Sanjay is an engineer working for Suncor.  By night, he is a devoted father and member of the Gujarati community here in Fort McMurray. 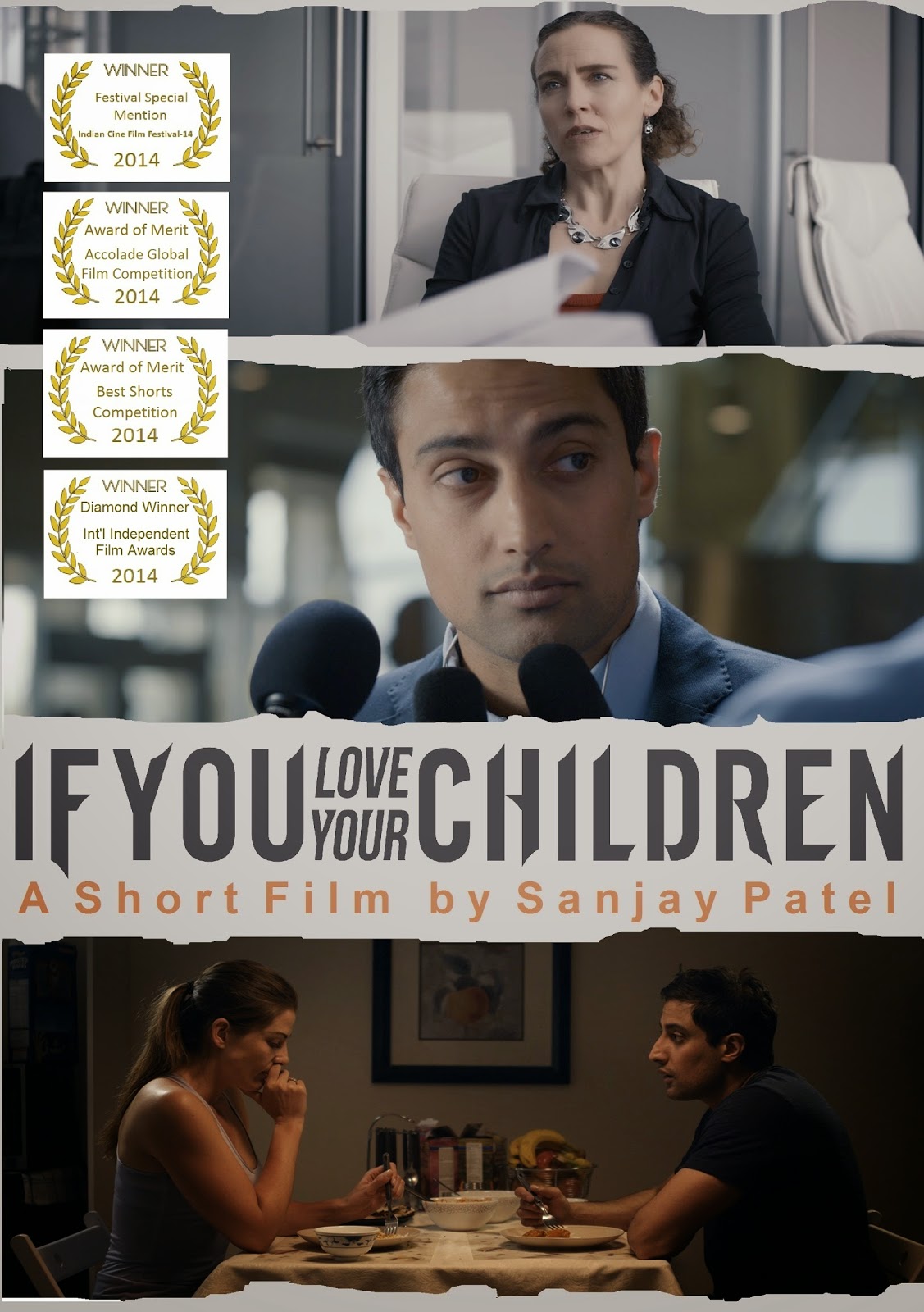 If You Love Your Children, conceived, directed and produced by Sanjay is finding incredible success at film festivals around the world. It has been an Official Selection a total of 15 times and has already won 5 awards, most recently an "Honorable Mention" at the 8th Annual Red Hook International Film Festival in New York.

For an engineer, Sanjay is surprising nimble and creatively curious.  The arts have always been a part of his life.  As a child growing up in India he loved to write, perform, take photographs and paint.

"Landscape paintings using watercolours was my favourite," he shared.  "I did tons of them when I was in India."

But with all that creative interest, the thought of making a film never occurred to him.  It was only after his book project began winding down that he began thinking of his next challenge.

"It was after writing and publishing my first book in 2012 that I thought that making a film would be a good idea," he said.  "I told myself - if I can write a book, I can make a film, too."

Sanjay sent me an early draft of the screenplay, written by Victoria Wharfe McIntyre from Australia. It was captivating, visual, moving and surprising.  Filming, which occurred in Calgary and India, proved to be very successful and even viewing its unfinished form, I felt it came incredibly close to what I had envisioned while reading the script. 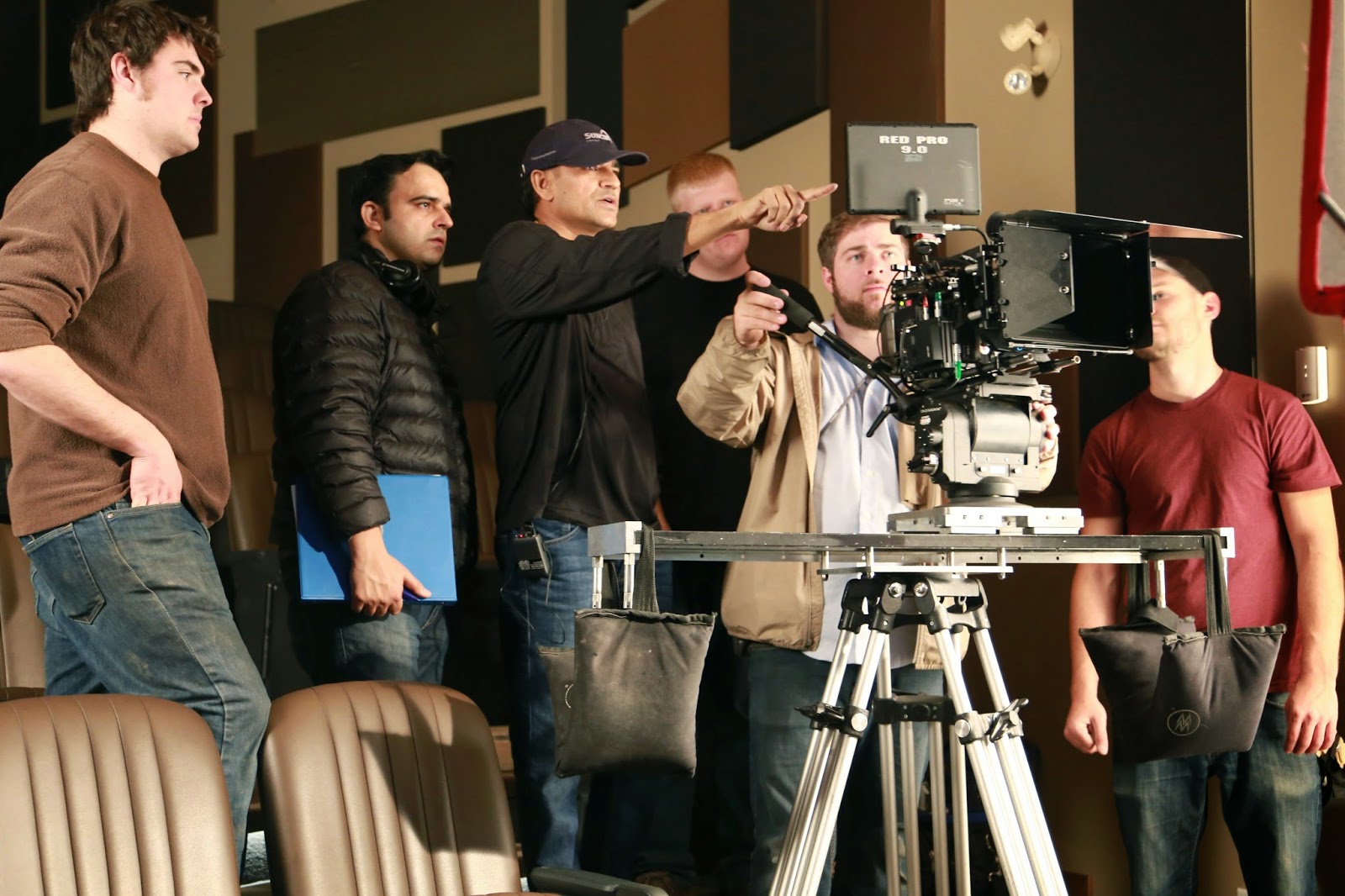 A natural creative soul and storyteller, Sanjay took to filmmaking immediately, and tapped into years of having grown up with Bollywood movies in India and Hollywood faire in the years since coming to Canada.  A few books on filmmaking, surrounding himself with good people, and a budget of about $65,000, all contributed to a finished product that is obviously catching the attention of judges as it travels through the festival circuit.

If You Love Your Children is a short film that tells the story of Raj, a fellow working in the oil industry who has written a book about climate change.  In his quest to get the book published, his world get upended: he loses his job, his girl and his hope.  In losing everything, he find himself.

Sanjay is hoping that the early success of the film continues and that it helps spread the word about what is happening with our climate.  I asked him what role the engineering half of his brain had in crafting the message of If You Love Your Children.  This was his answer:

"The science of climate change is complex and it is not easy for everyone to understand – not even for me. The scientists go hundreds and thousands years back in the past and predict the temperature of earth and CO2 concentration in the atmosphere using very advanced and sophisticated simulations and computer models. We don’t have sufficient knowledge and experience to understand their work. But we have to believe and trust them like we believe and trust our doctors. If you are suffering from a serious illness and let us say, 50% doctors says the illness is serious and you have go for some treatment in order to survive (and remaining 50% says the illness is not serious and no treatment is required) and if you do not go for treatment then you will die. I am sure you will think about a worst case scenario and will consider treatment. When it comes climate change, over 97% scientists say that climate change is real, it is man-made, and there is a real risk that the earth temp will raise by another 2 degrees Celcius before end of this century and it will be catastrophic."

Here is the trailer for If You Love Your Children.  Watch for your opportunity to see it in its entirety, whether that is on the big screen here in Fort McMurray, or eventually on DVD.  It is a great little film, and a testament that when you set your mind to doing something, anything is possible.  Congratulations to Sanjay and his team for their success to date.  I get the sense that this is just the beginning of the film's success story and the creative journey of Sanjay Patel.
Email Post