I was in the middle of The Gathering, a social profit conference in Calgary, when I got a text from photographer Mitch Hippsley (http://www.theartoflife.ca/), letting me know that he had a break in his schedule. We had been trying to connect for a week, ever since I had painted a portrait of Bruno inspired by a photograph that he had taken.


I wanted to speak to him for a number of reasons. First of all, and most importantly, to acknowledge that I had referenced his work in the creation of this portrait, and to make sure he was comfortable with it. Secondly, I desperately wanted to hear the story behind the photo, as it was clear that there was one; it is a stunning portrait of a man who left a lasting impression with two small communities in east-central Saskatchewan.

It was a cold winter night in Yorkton, about 25 years ago. Mitch woke up at 2 am and just couldn’t fall back asleep.

“It seemed as good a time as any to go and wash the car,” he recalled. “So, I went to the 24-hour indoor carwash and got busy. All of a sudden, I heard some rustling in the trash container, and out popped Bruno. We spent the next two hours talking.”

Mitch had thought about taking a photo of Bruno before, but the timing and circumstance never felt right to pop the question.

“I asked him if he would allow me to take his photograph,” said Mitch. “Bruno paused for a moment or two before saying that he would give it some thought. We wrapped up our conversation and that was that.”

Exactly 7 years later, to the day, Mitch was working in his studio, with free time on his hands, as a cold winter storm had rolled in, and all of his appointments had cancelled. All of a sudden, there was a smell in the air.

“There was Bruno, standing in the entrance, in a gunslinger-type pose,” remembered Mitch.

“I’ve been giving your request some careful consideration,” said Bruno. “And I’ve decided that I’d like you to take my picture, but only on two conditions.”

“I’ve been watching your work over the years, and I notice that you do a great job making people look good,” he said. “I don’t want you to do that with me. I want you to shoot me just the way I am.”

“Secondly, if I happen to get up suddenly and leave, because I’m feeling uncomfortable, I don’t want you to take it personally. If you agree to those two things, you can take my picture.”

Four hours, two pots of coffee, and a bottle of Tums later (Bruno had intestinal issues), Mitch had shot 400 frames of this amazing soul.

“Very few people could tell you who the Mayor of Yorkton was at the time,” he said. “But everyone remembers Bruno.”

He died in the mid-1990s, some have said after a bout with pneumonia. Unquestionably, he had walked a path that took a toll on his body. But his faith, gentleness, kindness and spiritual fortitude were strong to the end. Through this process of sharing the painting and Mitch’s powerful photo portrait, snippets of information and anecdotes have been shared. But like someone said, perhaps the full story of Bruno is better left a mystery. 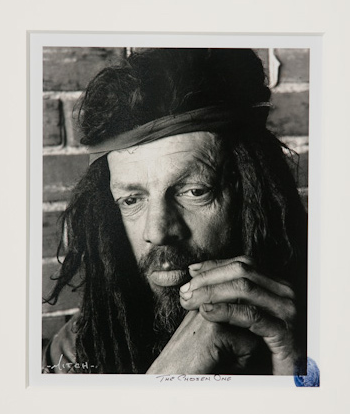 They were unable to get in touch with any members of his family when he passed. It was a small funeral, with only 20 or 30 in attendance. Mitch was there. And even though several decades have flown by, he is still there, preserving and protecting the image and memory of the man we knew simply as Bruno. 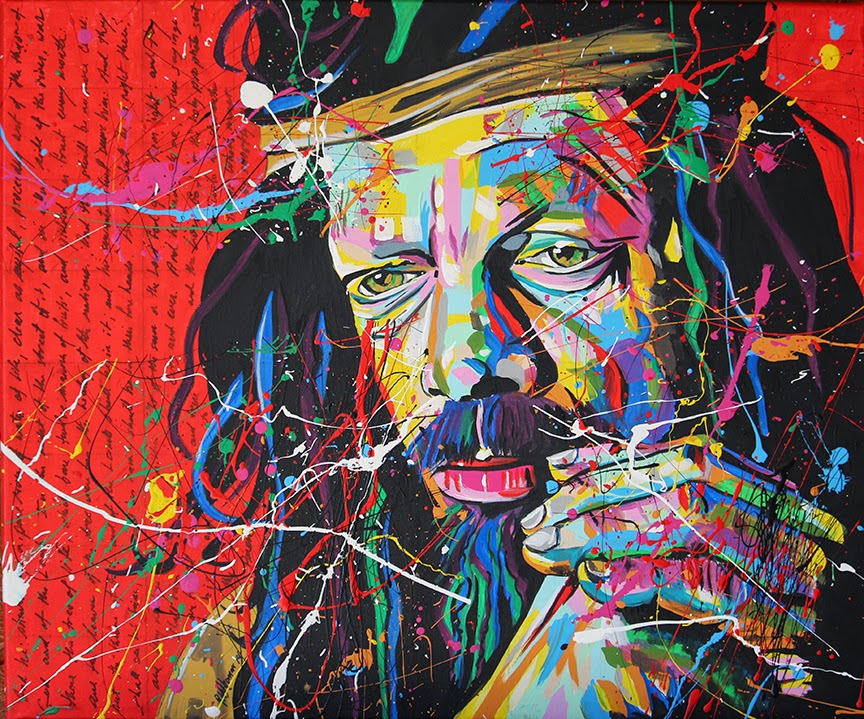