My naming convention for the Christmas Carol Chronicles, stretches my brain to revisit Roman numerals.  I'm doing it in honour of the period, when numbering things off in this way might have been more common.  I think connecting with the time frame of the story in as many ways as possible is a good thing.

As I descend into the pit of despair called Ebenezer Scrooge, the aches and pains he might have felt sitting at his cold and forlorn money lending table - all day, every day - begin to inhabit my body.  The knees labour to carry my weight up the grand staircase, a sharp ache pulses in my lower back, and the labour and unhappiness of the years gnaws away at my joints.  What is in my head and heart inhabits the body, and I actually feel what Ebenezer would have felt.  Then, as the sun comes up on Christmas Day and I find myself intact and "able to make good on the wrongs I've done", "I feel as light as a feather, as happy as an angel, as merry as a school boy, as giddy as a drunken man."

Some may question why I'm feeling actual aches and pains.

"It's called acting for a reason," they might say.  "Why not try it some day?"

But for me, this theatrical journey is less about acting and more about being: in the body and mind of the character, in the circumstances of the story, and in the moment.  It is a glorious adventure filled with perilous curves and delightful surprises.  It is part of what makes live theatre so intoxicating to watch.

We almost made it through Act Two last night.  Unfortunately, we crawled up a few minutes short just touching the beginning of one of the last few scenes in the play.  It's fine.  We'll be going over and over the tough sections multiple times during due-to-cue which starts in earnest this evening.

One of the highlights of last night was singing "Happy Birthday" for Reese who turned 12 yesterday.  A talented young performer with a solid work ethic and amazing attitude, Reese played Gavroche in February's production of Les Miz.  She is an essential member of the Bob Cratchit family in this show, playing the role of Molly.  If I was to create an all-star team of the most promising young actors in Fort McMurray, she would be on it.

Another young talent is Bryan Reed.  He is alternating roles as Tiny Tim and Turkey Boy with Emily Beauchesne, another rising star who you would have seen in Les Mis.  Bryan is a little package with a mighty voice.  When he belts out "And God bless us, everyone", it carries through the house to the very back row, and is sure to warm the hearts of everyone who comes to see the show. Emily is equally adorable as she hobbles about the stage on Tiny Tim's crutch.

The youthful element of A Christmas Carol is significant.  You will enjoy compelling performances by Camryn Hannigan and Richard Mallen as the Want and Ignorance, the distorted creatures who emerge from robes of the Ghost of Christmas Present. Alysa Beaton is delightful as young Fan, Ebenezer's sister who dies after giving birth to Fred.

I couldn't leave the youth element of this production without mentioning my son Ben who plays the Ghost of Christmas Past. He has done a wonderful job breathing life into this particular spirit and it is an honour to walk around the past in his presence.  Ben loves the theatre, much like his older brother Dylan, and looks forward with keen anticipation going back to Keyano every night.  His haunting and eerie portrayal of the Ghost of Christmas Past is quite wonderful. 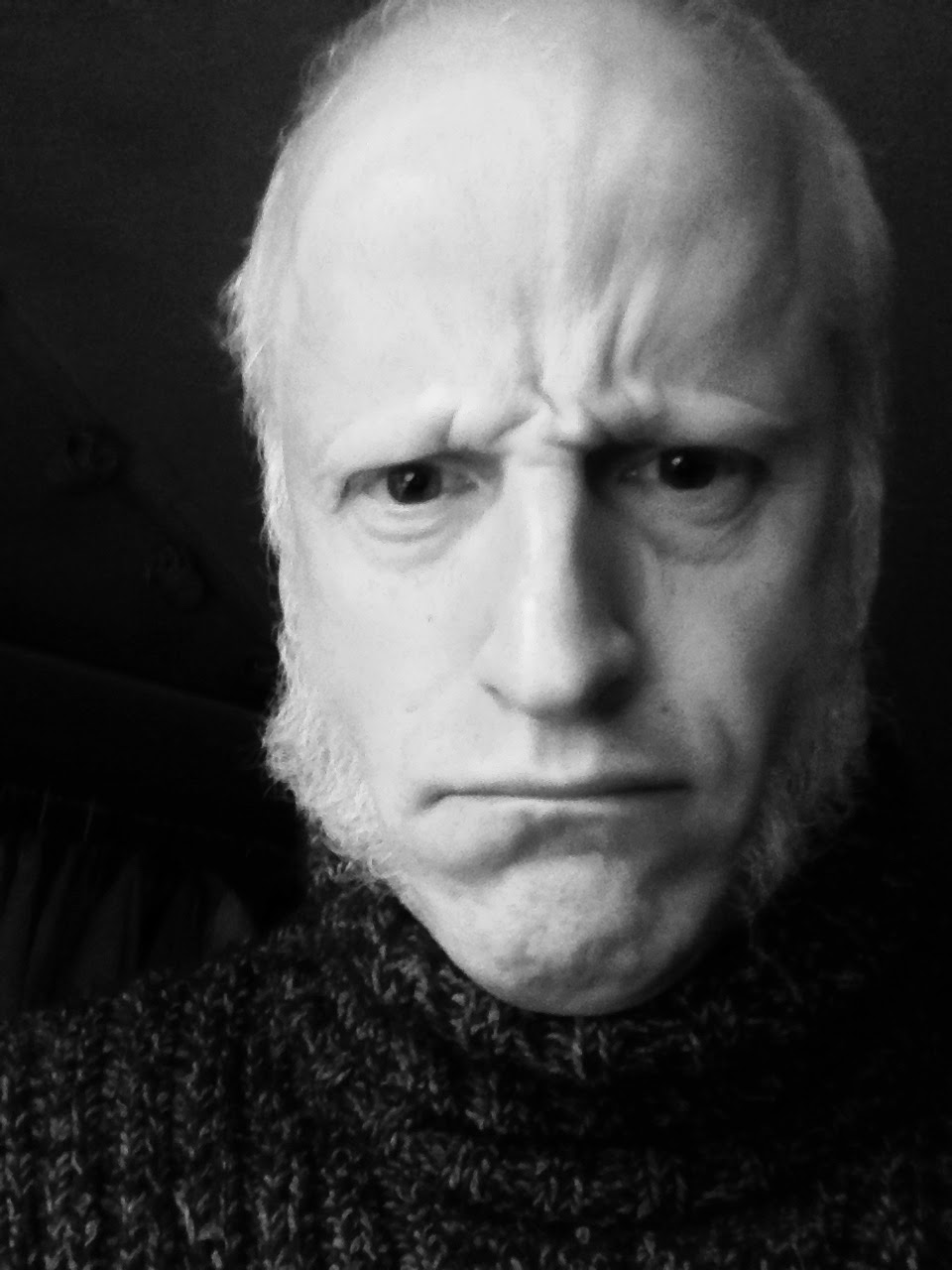 Meanwhile, I continue to further explore the essence of Ebenezer.  This morning, after getting my marching orders from designer Roger Schultz, I pulled out the electric shaver and trimmed my beard to create the necessary 19th Century mutton chops.  Tell me I look sexy!