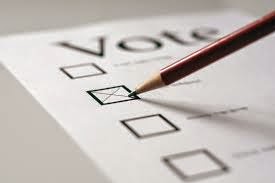 A municipal by-election is now officially set for March 30 to fill the seat left vacant by Guy Boutilier.  A machine is now in motion behind the scenes to organize this contest, with the taxpayer's meter running.  Elections are an expensive business, but never more so when you're trying to fill a single seat.  But, these things happen, and it is the price we pay for democracy.

I heard about some sharp exchanges that happened at the most recent council meeting, which made me feel good about my decision not to run this time around.  A lot of ink has been used to point out the unnecessary rancour and political posturing that happens during question period in Ottawa.  But the same can be said for regional council.

"Why can't we all just get along?" someone once bemoaned.

Unfortunately, the temperature in council chambers gets ratcheted up from time to time, not by vigorous and respectful debate, but by catcalls, accusations and aspersions.  Over time, suggestion and innuendo becomes fact in the community, whether that result is intended or not.  I think it's unfortunate.  The public deserves to have the facts, not bright shiny distractions, feats of misdirection, and the assigning of blame.

"But, if I'm too nice about it, the message might not get through," someone might say.  Maybe. It certainly didn't result well for me, a fact that I comfortable with looking back on it.  But that's the challenge of great governance.  How do you ask all the right questions and get the honest answers?  How do you maintain your integrity and required decorum, and ensure that you are in the best position possible to make an informed and well-formulated decision?  That is the task of all elected officials; it is not one to be taken lightly.

At the end of the day, we are all people, trying to do the right thing.  I get the sense that often gets forgotten in the fog of political war.  Perhaps it is naive of me to think that nobody sitting around the public decision-making tables is there to line their pockets or push through a personal agenda; but I believe it to be true.  Unfortunately, we are all human beings and prone to lapses of character and poor decision-making. In that sense, it is important to forgive and move forward.

With that spirit in mind, I think this by-election is very important.  We had 14 souls sign up for the last contest in 2012 to fill seats left vacant by Don Scott, now Minister of Innovation and Advanced Education, and Mike Allen, MLA for Fort McMurray - Wood Buffalo.  It was a hard fought race with Colleen Tatum and Christine Burton emerging on top.  It will be interesting to see who braves the ballot this time around, as there is only one seat in play.  A lot of effort is going to have to be expended with a strong likelihood that it will be for not.

I suspect that many people are talking about running.  It's a big decision and a tough time of year to be out door knocking and putting up signs.  I would not be looking forward to pounding stakes in half-frozen earth, slopping through slush filled ditches and muddy right-of-ways.  Perhaps a great strategy would be to follow the example of Angus McLintock in Terry Fallis's fantastic political novel The Best Laid Plans.  Angus said to hell with campaign signs, pamphlets and advertising.  Anti-campaigning might be an interesting way to go in March.

In any case, we are heading into a fever-pitched political season and it is our job as citizens to "hold their proverbial feet to the fire", ask lots of hard questions, demand solid answers, and lift our voices and be heard, but to do so respectfully, with decorum.
Email Post