By the time we got to Phoenix...

I decided to take a route that would take us through uncharted territory, as we made our way from Sedona back to Phoenix.  Looking at the map, it seemed like going through West Sedona, over to Cottonwood, through Jerome and Prescott would be about the same distance as the way we came in.  Perhaps in terms of distance, it was comparable, but in terms of order of difficulty, one bore no resemblance to the other.

We enjoyed going through Cottonwood, the community most adjacent to Sedona, though completely different.

"Sedona is tourist world," I said.  "Cottonwood is the real world."

In many ways, it felt more familiar, more lived in.  I'm guessing that real estate prices would be vastly different between the two places. 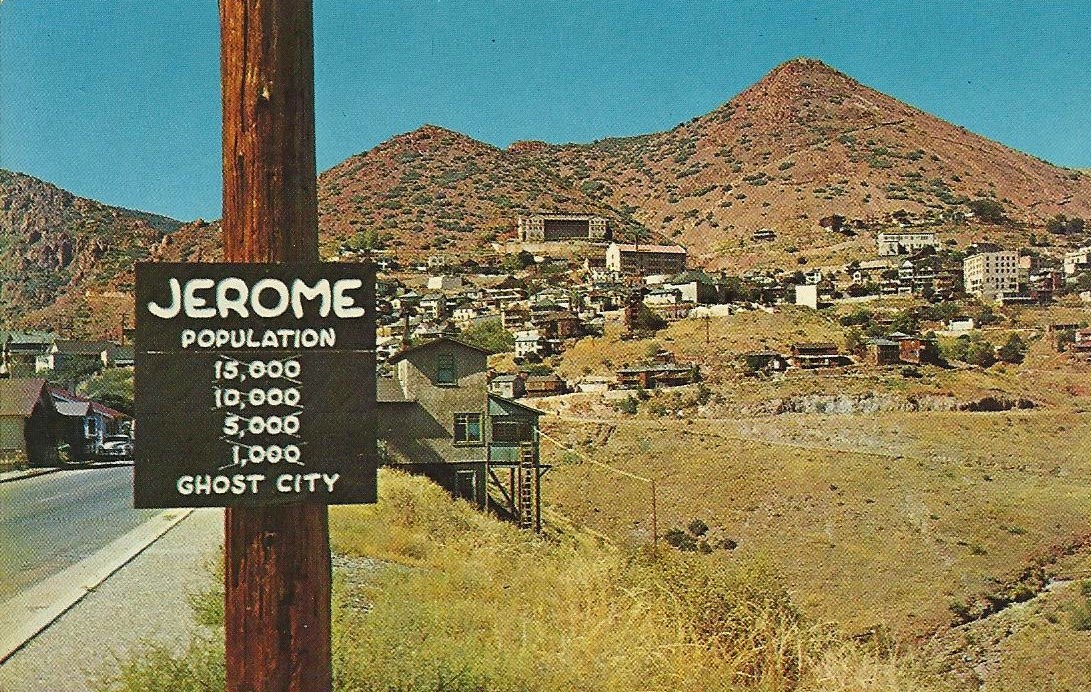 We made our way up the mountain and quickly found ourselves twisting through the upper reaches of the ghostly remains of Jerome.  A mining boomtown in the early part of the 20th Century - it had a population north of 10,000 in 1920 - Jerome now is home to just over 400 souls and a disproportionate number of buildings.

Much of the infrastructure remains - hotels, schools, and the like - though much of it is boarded up.  Some active galleries, shops and restaurants are in the central core, along with some interesting houses, perched on the edge of the abyss looking down the mountain into the Verde Valley.

It must have been a world of effort to get up here back when the town was in its heyday.  The road is a narrow set of switchbacks that take you from 3,300 feet in Cottonwood to over 5,000 feet in Jerome and beyond, higher into the Mingus Mountains.

"This is amazing," said Heather several times, fascinated by this bizarre place.

"I bet there are a few ghosts here," I said, just as I looked ahead and saw the Ghost City Inn.

We didn't stop, but we craned our necks and took in the feast of history as we made our way up and out of town.  Eventually we hit snow and the clouds, going quite slow around tight turns as we continued to go up and up and up.  Just as we were about to emerge above the clouds, there was a convenient pull out.  So, I stopped the car and got out to snap a few pictures. 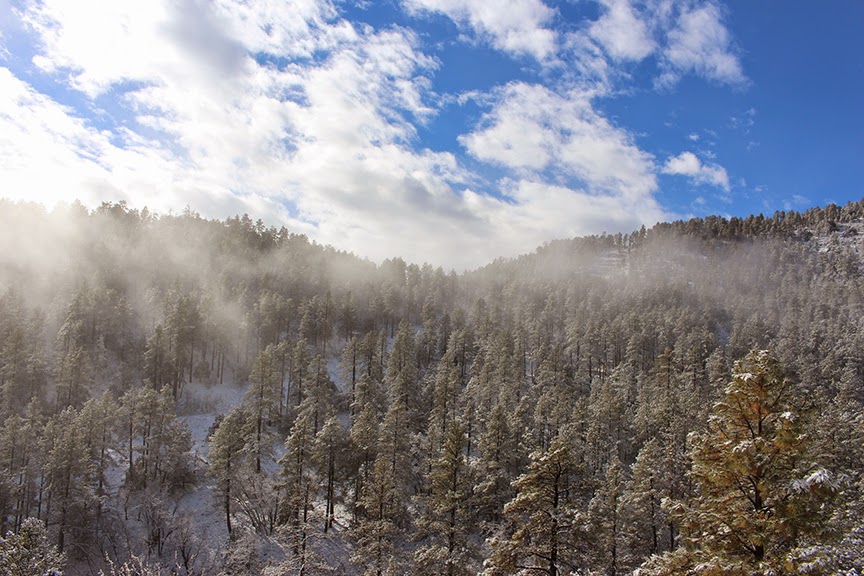 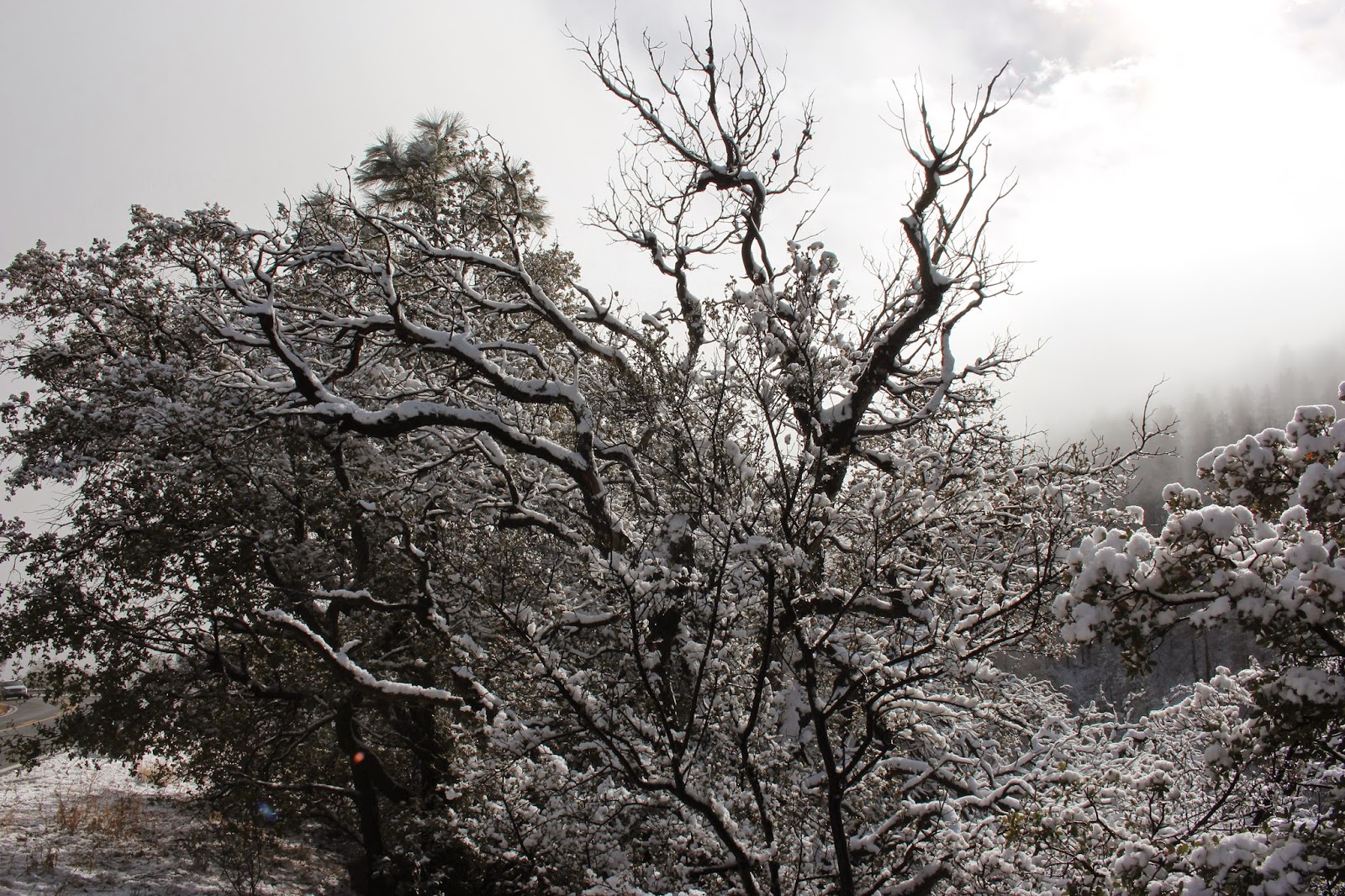 Dylan came out too, though for very different reasons.  His stomach was a little twisted from both the winding drive and the quick increase in elevation.  It was sure beautiful though, and Heather and I both said that we'll be taking a full day to explore Jerome the next time we visit Sedona.

Eventually, me made it over the mountain and down into the Prescott area and on to "regular" highway driving conditions.  I don't regret making the choice to take the more scenic view, but I was glad to get the speedometer back up to 75 mph as we made our way into the beautiful city of Phoenix. 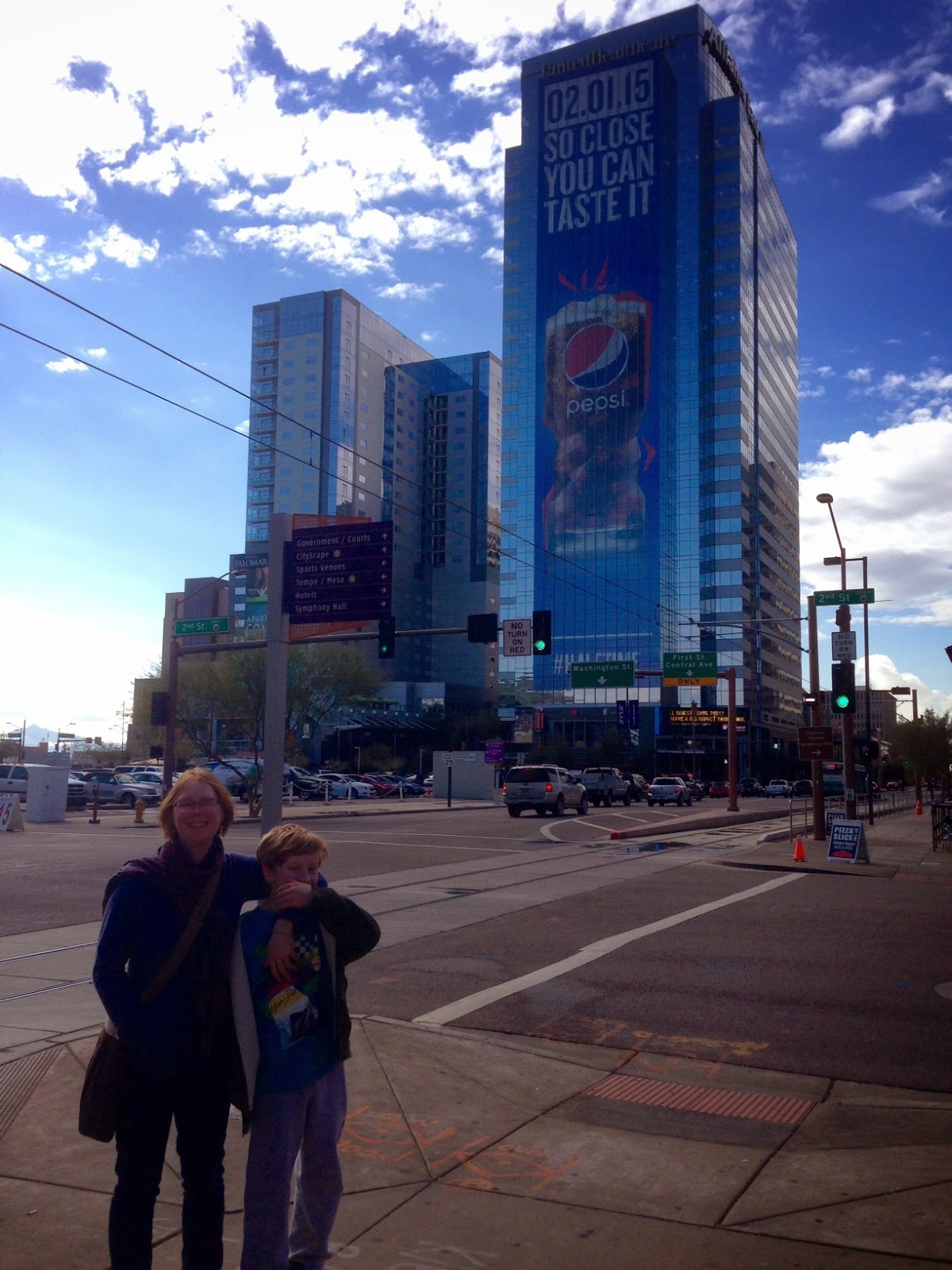 We settled into our hotel before take a nice stroll down Van Buren to a southwest cuisine restaurant called the Canyon Cafe.  It was notable for its chips and salsa, the best I have ever had.  Each style of chip had different flavourings and the salsa had luscious tomatoes that had been slow roasted for hours. 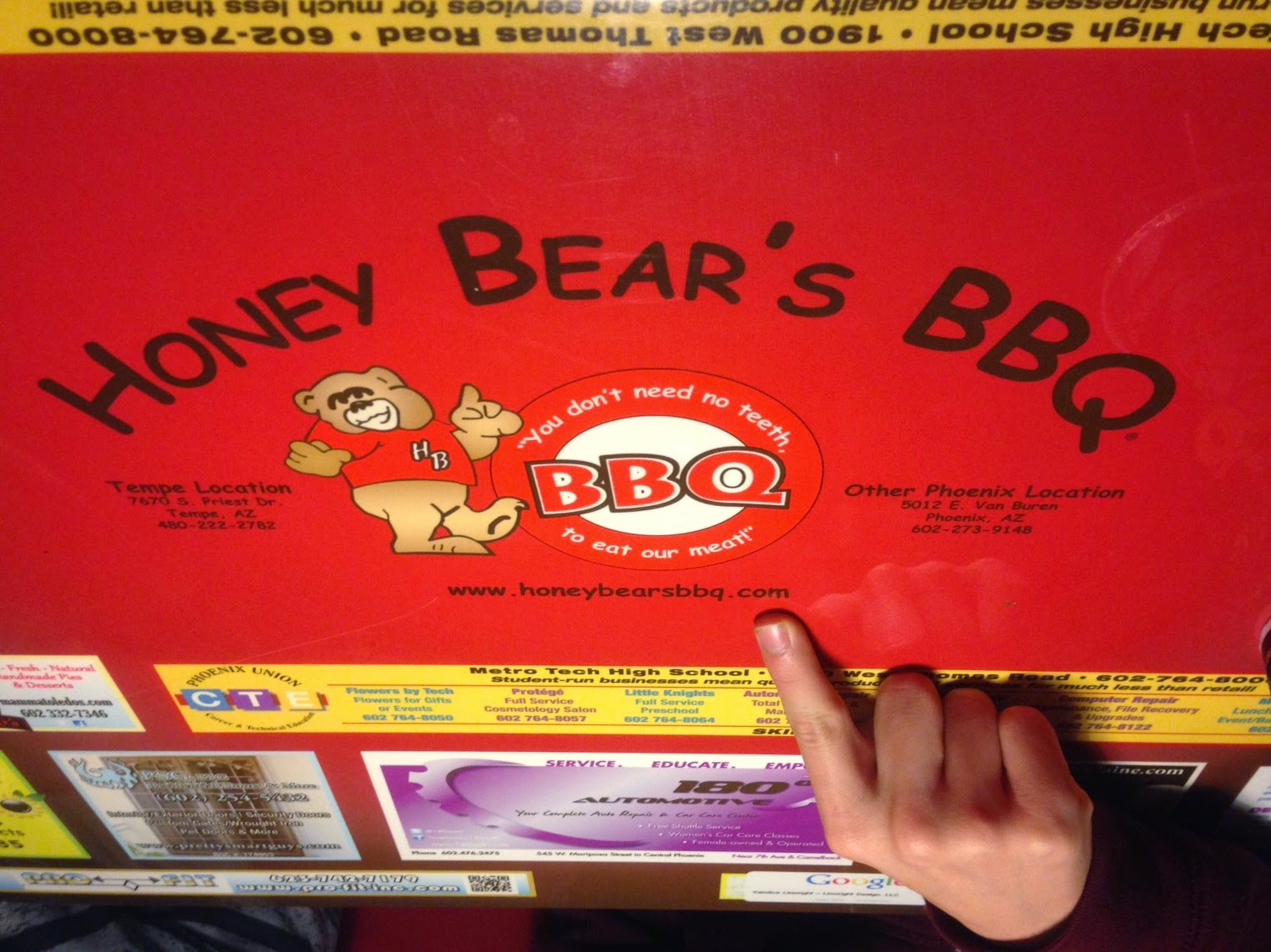 Heather's friend arrived and they began the long drive to Sedona, hoping to arrive before nightfall.  Dylan, Ben and I enjoyed some quiet time in the room before grabbing a cab to get to a BBQ place that the guy at the front desk suggested. 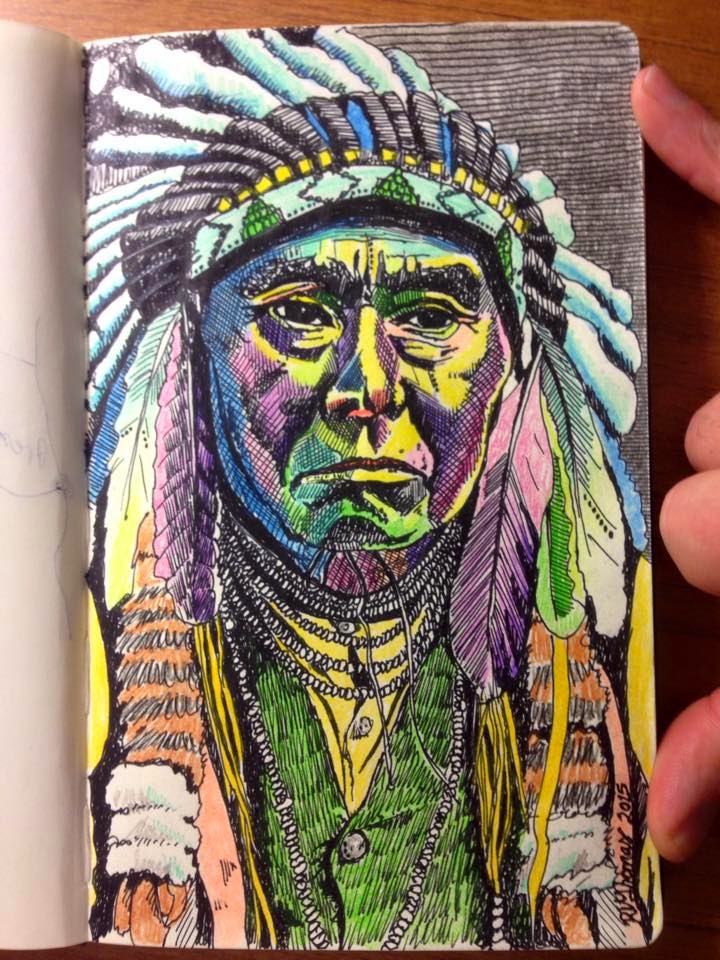 I stayed up sketching and colouring while the boys laughed together watching some gag show on TV.  It was a great day, with one more remaining before we make our return flight to Fort McMurray.
Email Post