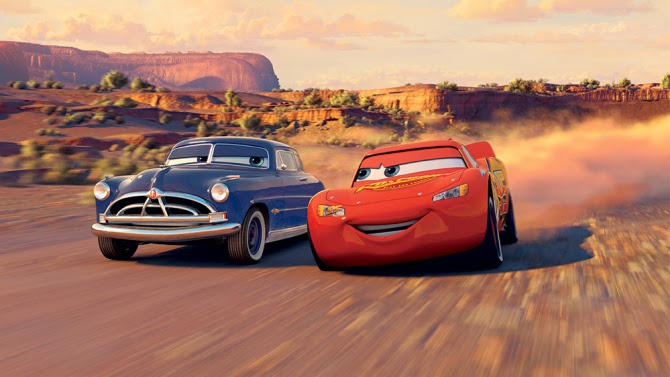 It felt like we were driving in the movie Cars as we went from the crazy busy Phoenix International Airport to Highway 17, going north to Flagstaff.  The terrain is extraordinary and constantly changing.  At the lower elevations, mammoth cacti dominate the scene. 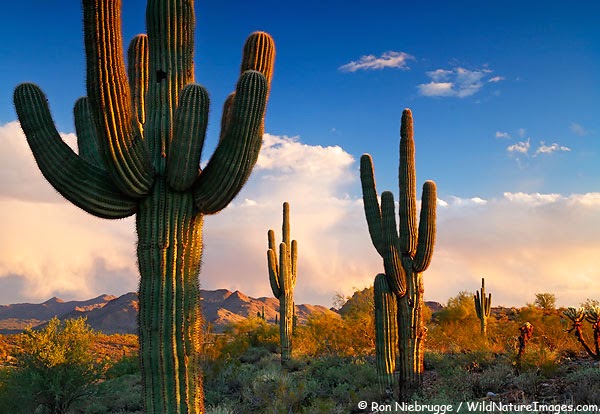 "There are no trees," I said to Heather.

"The cacti are the trees," she replied.

Then, as we passed the 2000-, 3000-, and 4000-feet markers, the terrain has completely changed.  Gone are the tall cacti and low desert vegetation, and arrived are the short brushes and cacti that hug the ground.  The colour of the earth seemed to change constantly as we made this 2-hour journey, moving more into the red hues as we neared our destination.

We stopped into a grocery store in Black Canyon City to grab some snacks for the remainder of the trip; we were all a little famished as our last meal had been quite a number of hours ago.  In an instant, we could tell that we were in the fringes.  The houses were no longer fancy, largely replaced by old looking trailers, and rundown motor homes.  This must have been where the real people live, sandwiched between affluence, and nestled in the throws of high desert country.  Several "real" people popped into the store while we were there, nice folks with long beards, cut-off jean shirts, and tattoos on their shoulders.

An old man and a young lady, possibly a teenager, sat on the side of the road, in front of their motorhome, she holding a big cardboard sign that read "Need help to feed hungry babies".  She appeared to be crying.

Things got less bleak as we continued down Highway 17 and turned north on 179, a short run to Oak Creek and Sedona.  The houses turned extraordinary, nestled beautifully into the terrain and situated in this stunning red rock paradise.

A series of roundabouts served their traffic calming purpose as we went through the small city and found the Arroyo Roble Resort, located down a small steep road off the main drag in Uptown Sedona and adjacent to Oak Creek. 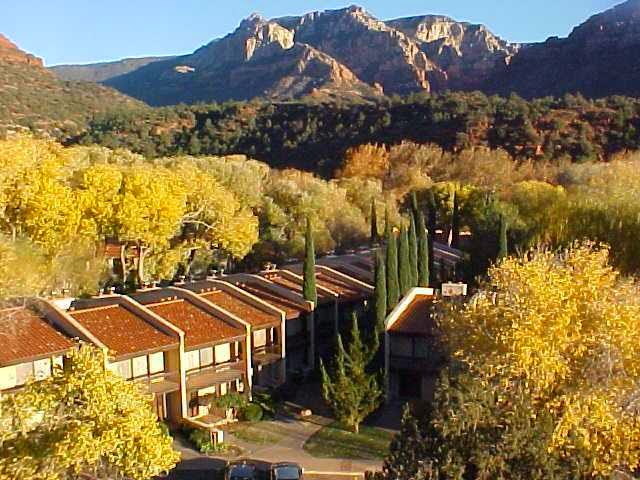 As we walked into the unit, all of us with a little floored at what we found, Ben particularly.  A two-level time share, that we had accessed using points from our travel plan, it is huge, with a full kitchen and a large living room and dining area on the first floor.  The second has a bedroom with two single beds for the boys - they get their own private bathroom, and the master with a fireplace, two sitting chairs and a massive bathroom, complete with jacuzzi tub and balcony facing Snoopy Rock.  We are in paradise.

Heather and I had a quick nap before we walked up the steep hill to the shops above - it is literally five minutes away - and found a Mexican place.  While it was only 7 pm, and as it was a Wednesday night, most of the shops and galleries were closed, and we appeared to be the last customers of the night at Oaxaca Restaurant.  I'm guessing this is a place often frequented by snow birds, who like to eat at the stroke of six. 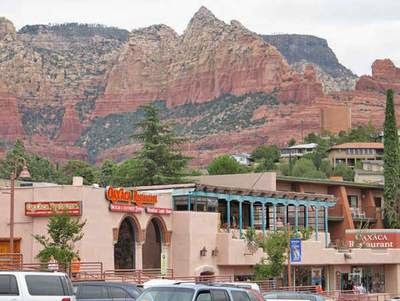 Dylan and I dived into the habanero salsa dip while Heather and Ben stayed with the milder variety.  Ben eventually decided to dip his tortilla chip into our bowl.  Let's just say he probably won't do that again.  He couldn't get enough water for the next while.

"As you were my last customer of the night, I'm going to give you a coupon," said the server.  I'm not sure what that meant, to be completely honest, but the final bill ended up being only $46 for all of us.

I happily gave him $60 as he asked us where we were from.

He ran off as I add: "where it is a lot colder than it is here."  I thought he had left us to continue with his work.  Instead he came bounding back.

"Here, I'd like you to have this, as a special welcome from us," he said.

It was a book that Heather had been admiring from their souvenir display, a lovely picture book that had photographs and answers to many of the question we had been asking as we drove in.  It was priced at $12.95.

A nice, authentic Mexican meal, a healthy discount, AND a wonderful gift.  What a great welcome and start to our replenishing holiday in Arizona.
Email Post