Flirting with the vortex 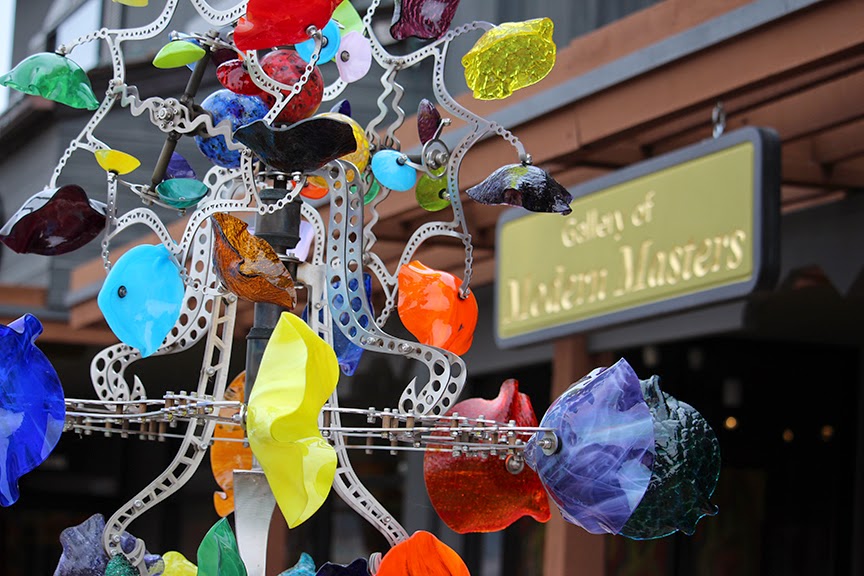 The arrival of rain limited the things we could do on the third day of our Sedona adventure.  So, we took the opportunity to go on a little gallery tour.  There are several dozen galleries in Sedona, with paintings, sculptures, jewellery, glass art, and everything in between.  The ones with modern paintings really caught my eye. 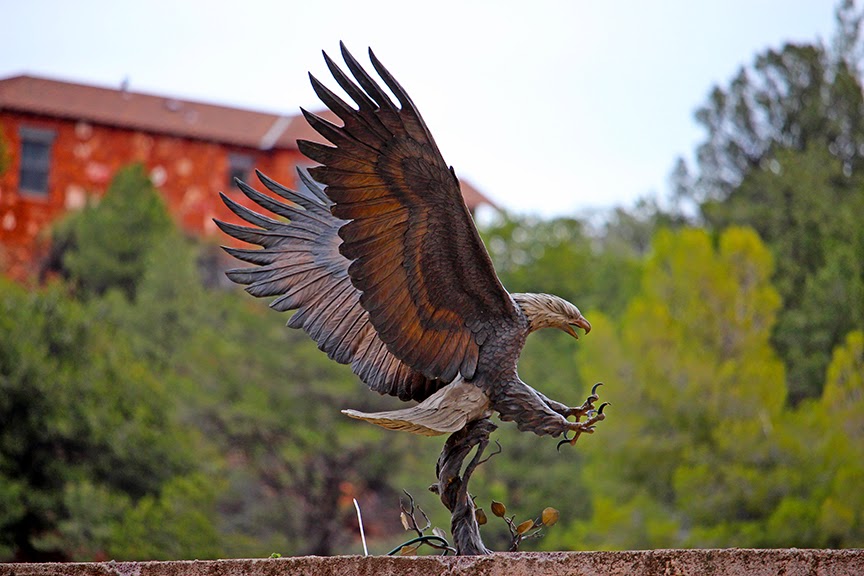 As it was an incredibly quiet start to the day, it was easy to engage in conversation with the gallery owners.  We were able to talk about the works and the artists that stood out for us, and find out a little more about their process.  It was lovely.

At Mountain Trails Galleries in the Tlaquepaque - a picturesque collection of arts and crafts shops in what looks like a traditional Mexican village, though it was only built 40 years ago - I called over art consultant Christine Trcic to look at a series of works in one of the back rooms. 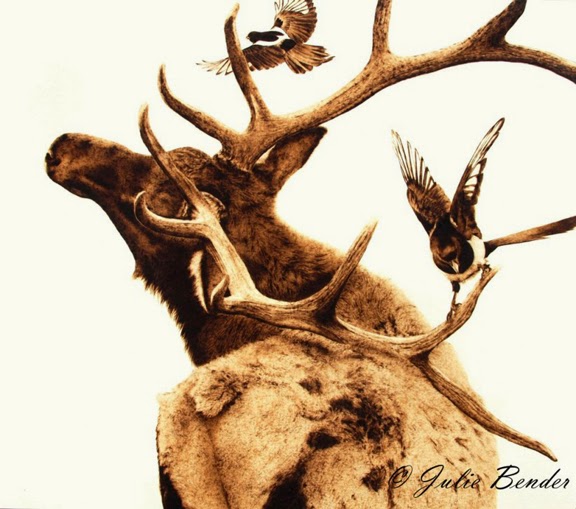 "I don't know what this style is called, but it really reminds me of something," I said.

"It is called pyrography," she said. "The artist is Julie Bender, and she actually burns the image into the paper, a completely unique process," said Christine.

"It looks a lot like an artist back home who paints with bitumen."

I showed her a picture of Lucas Seaward's work, and she confirmed the connection.

"I had looked him up online after another visitor made the comparison."

How remarkable is that?  Among thousands of artists in the world, this consultant in Sedona was fully aware of Lucas's work.  In my mind, that is an incredible achievement. 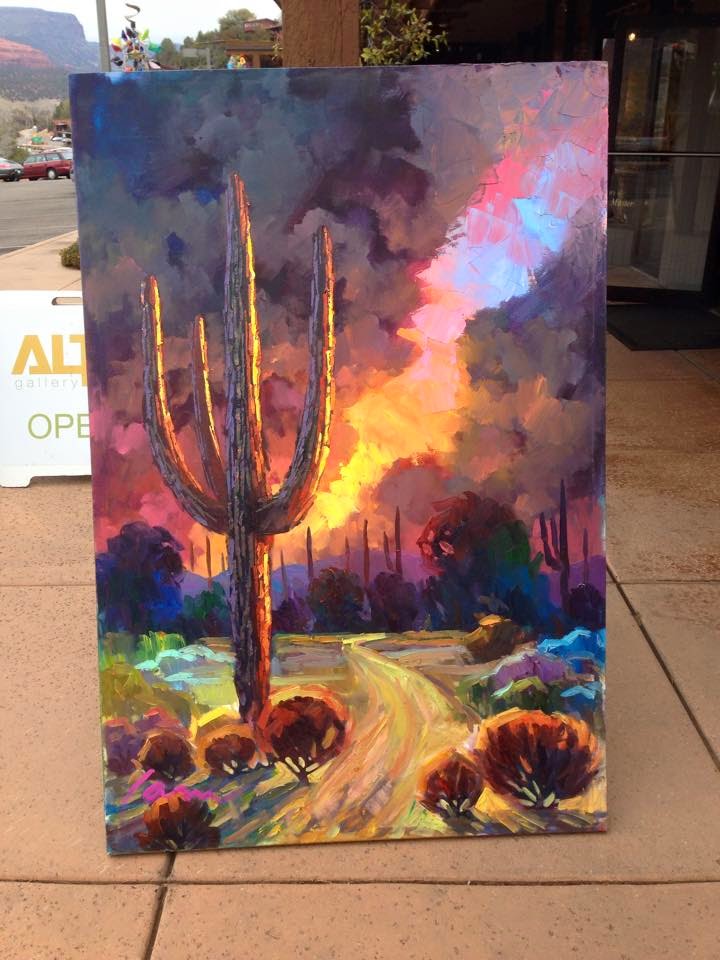 I fell in love with the work of a Navajo artist named Leland Holiday.  His large cactus paintings, full of vibrant colour, and entrancing lines, almost moved me to tears.  Mark Schrader, the owner, pulled out a smaller piece by Holiday and brought it outside to show how it looks in natural light.

"If you want something of a smaller size, he would probably do something up for you right away," he said.  "He paints quick."  That sounded familiar.

I showed some of my paintings on my iPhone with a number of the gallery owners and got a very positive response. Tricia Loftus at the James Ratliff Gallery even suggested that there could be a market for the style that I've been developing, especially with my ability to do them quickly.

"I've been working in galleries for over 20 years," she said.  "You are doing something that is really unique." 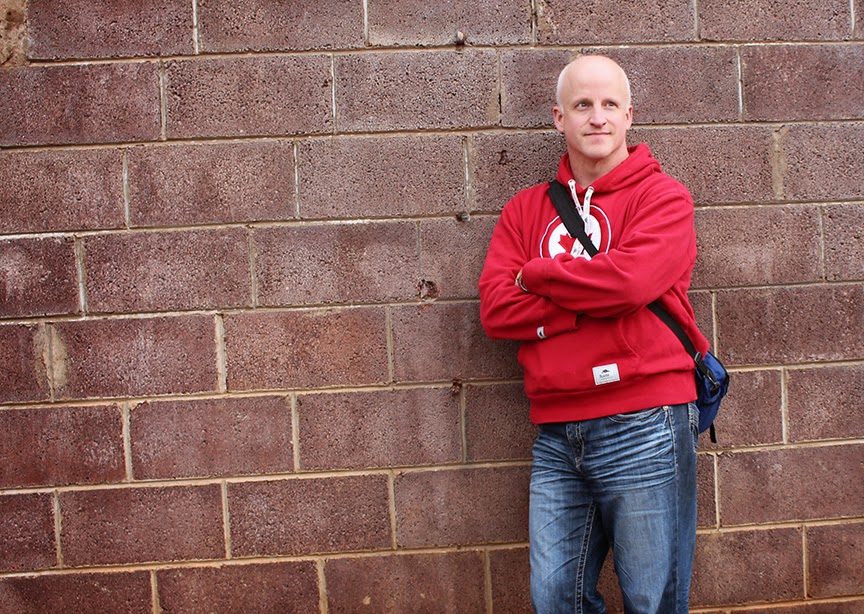 Visiting a gallery is a very different experience for me now.  I respond to the art in a different way, and notice things that meant nothing to me before.  It was a great way to spend a few hours on a rainy Sedona day. 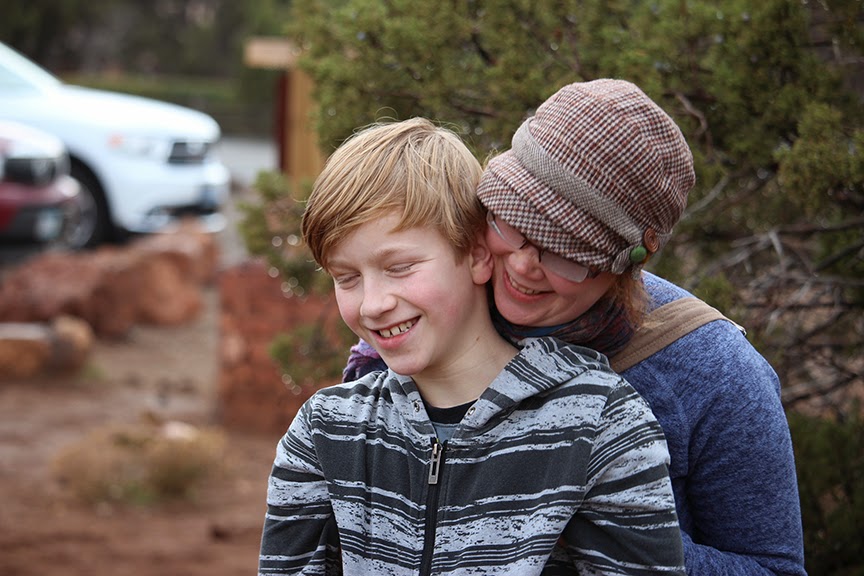 In the afternoon, the rain stopped and we took a drive up to the Sedona Airport, located on a mesa that overlooks the city and contains some well-known vortex locations.  We were standing on the Shrine of the Red Rocks, dedicated on Easter sunrise in 1961 by then United States Senator for Arizona, Barry Goldwater, when something very strange happened. 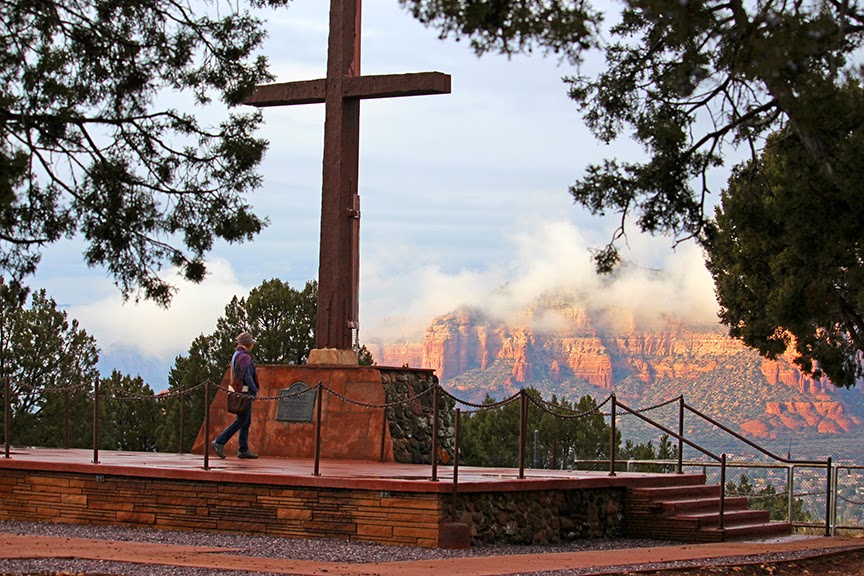 Heather had talked about how her body started rotating counter-clockwise the last time she had visited the spot.  I was standing at the base of the cross, allowing my body to respond to whatever forces were at play, when out of the corner of my eye I noticed that the chain fence was slowly swinging, one small section to the right of the cross.  Over on the left side, the chain was completely still.

If it was wind causing the chain,  you would presume both sides would be moving in a similar way.  Was a vortex at play?  Maybe.  Was there a strange wind pattern that caused the length of chain to swing only on the one side?  Possibly. 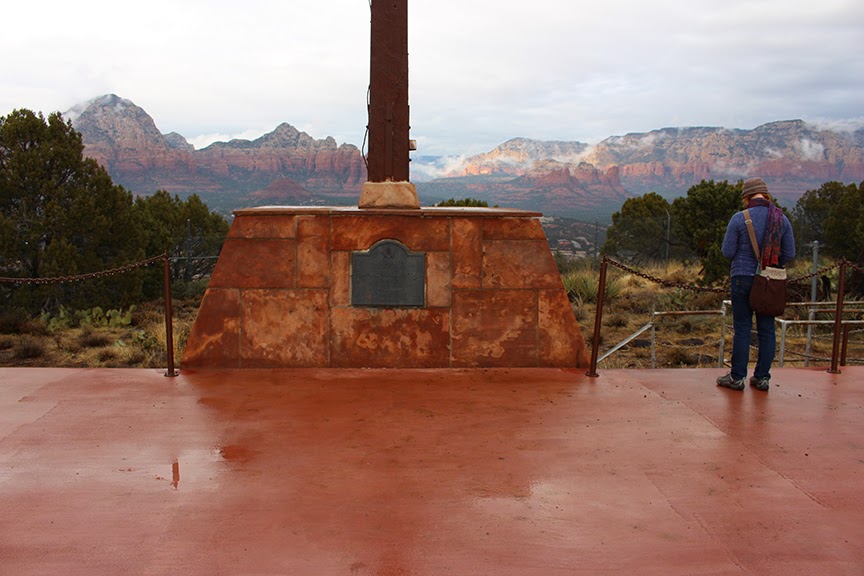 The other highlight of the day was a visit to an actual native American trading post, the Clear Creek Trading Company, about a block from where our rental condo is located. 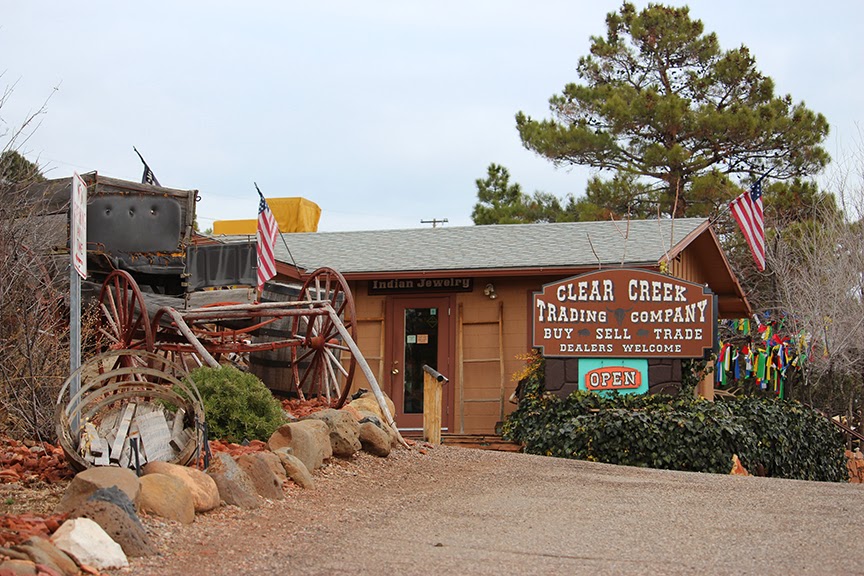 At first, I thought it was just another tourist trap.  Then I started exploring the various rooms and discovered that they were a supplier of authentic supplies for traditional costumes, headdresses, and ceremonial garb. 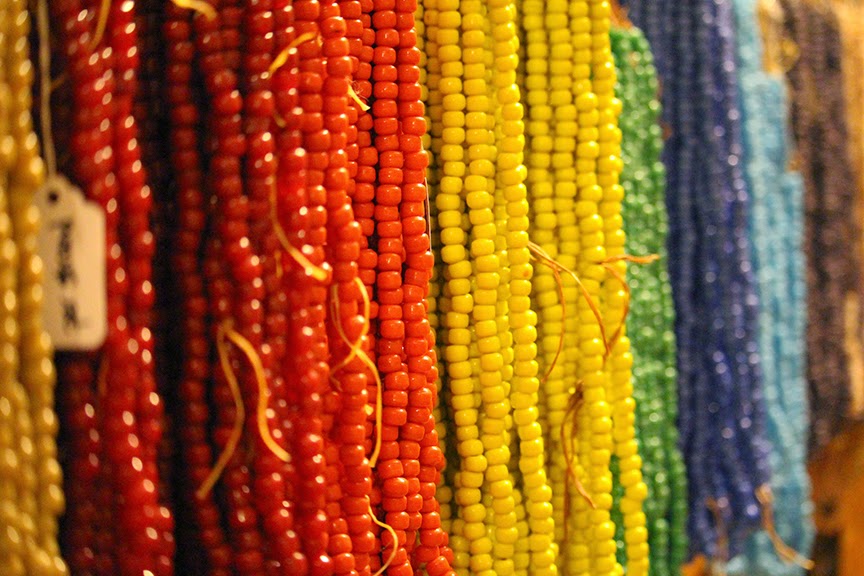 Beads of all shapes and sizes, turtle shells, antlers, fur pelts, sheets of leather, feathers and various were in abundance. Heather and Ben went for a visit later in the day, and were awestruck by what they found. 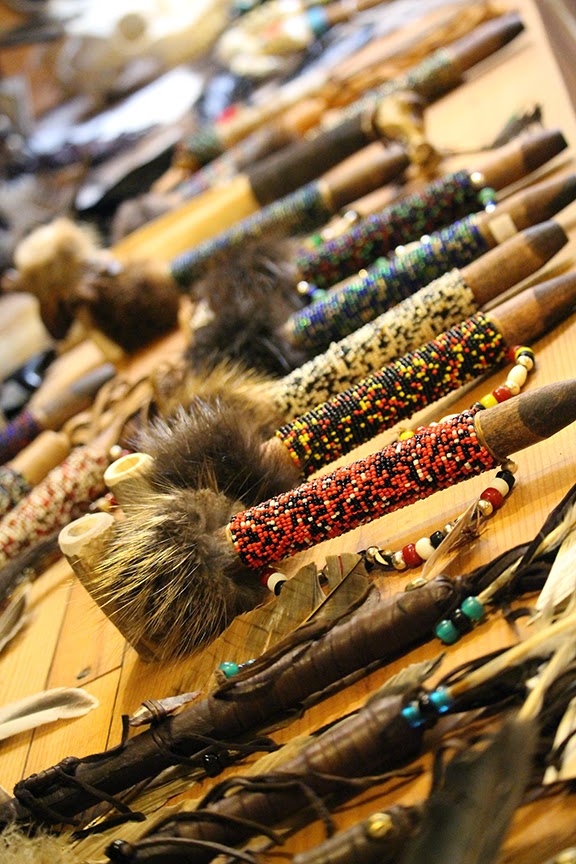 "They had coon dicks," said Heather. 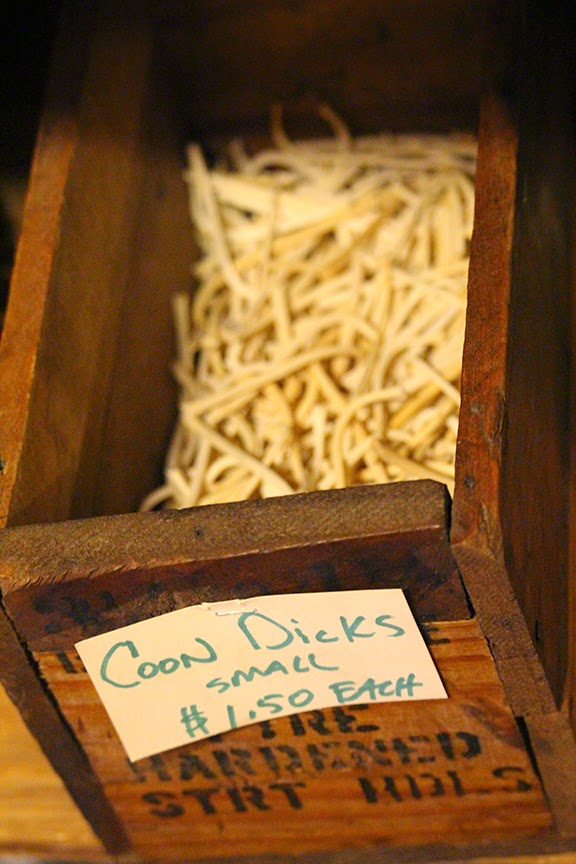 I'm not sure what that would be used for, but it sure made an impression. 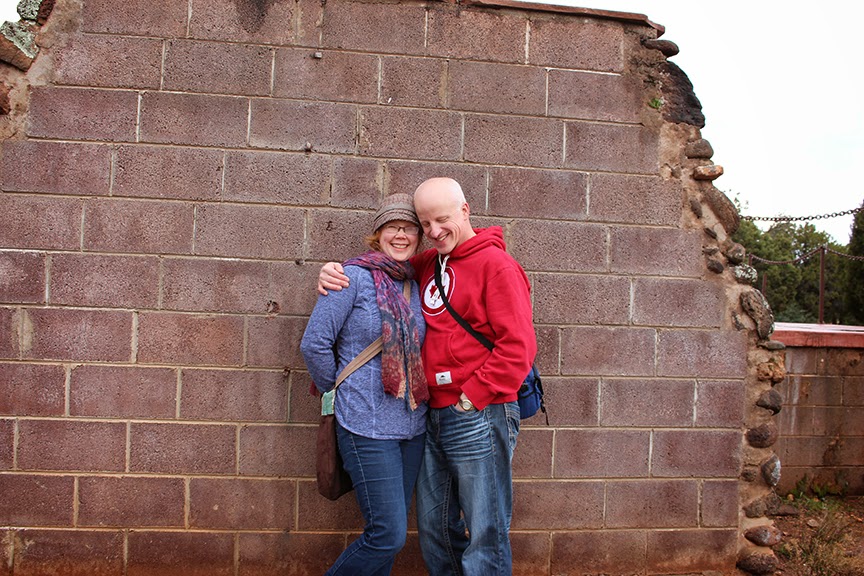 "It appears like you are a major supplier?" I said.  "Do you also ship."

"We ship stuff all over the world, every day."

If you ever need anything unique as it relates to native American crafts, call this number: 928-204-5805.  If they don't have it, I would be shocked.
Email Post