Each time I try something different with my painting, I feel fear.  Sometimes that fear is rooted in a complicated composition or a face so beautiful, it's impossible to imagine how I could possibly interpret it with my style.  I fear the beautiful ones the most, if truth be told.

Last week, I was asked to face a different kind of painting fear: doing a portrait in front of people at a fundraising event and having it auctioned off for charity.  It's one thing to do a painting for charity in the comfort of my studio and giving it over to organizers; it's another thing entirely to do a painting as part of an event and then be there for the moment of truth when people bid on it, or not - that's the fear speaking.

Heather and I are on the way to Calgary, sitting in the airport waiting for our delayed flight to arrive.  I spent much of the day "warming up" with a portrait of a similar size and complexity to what I am going to do tomorrow.  My subject today was Jack Avery, playing with a photograph taken by Paul Swanson. 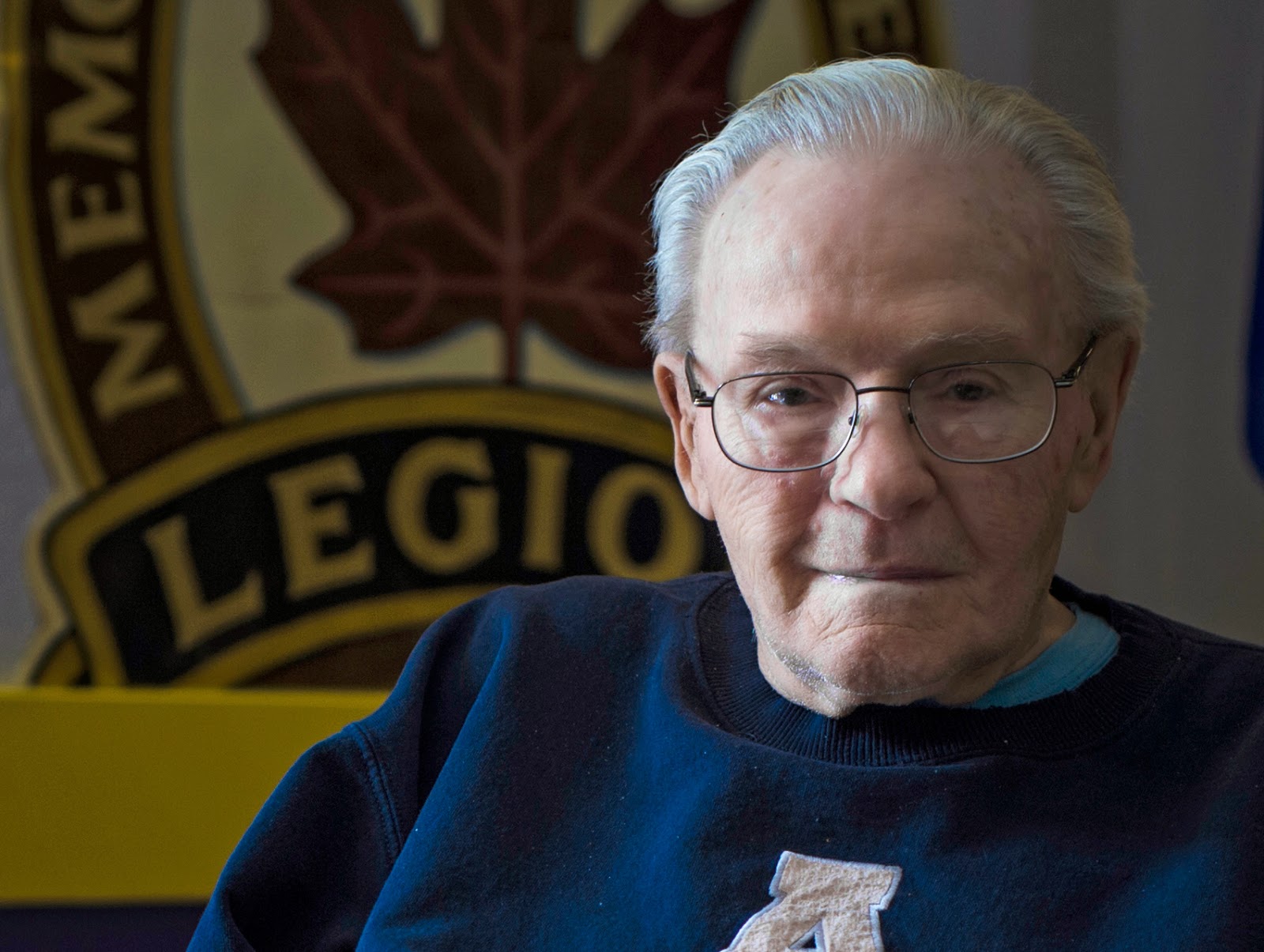 Jack feels like a kindred spirit in some bizarre way.  My character in Hometown...The Musical! was crafted based on many of the stories Jack told during an interview with playwright Michael Beamish.  It felt right painting him, trying to capture the depth of his story and the richness of his life. 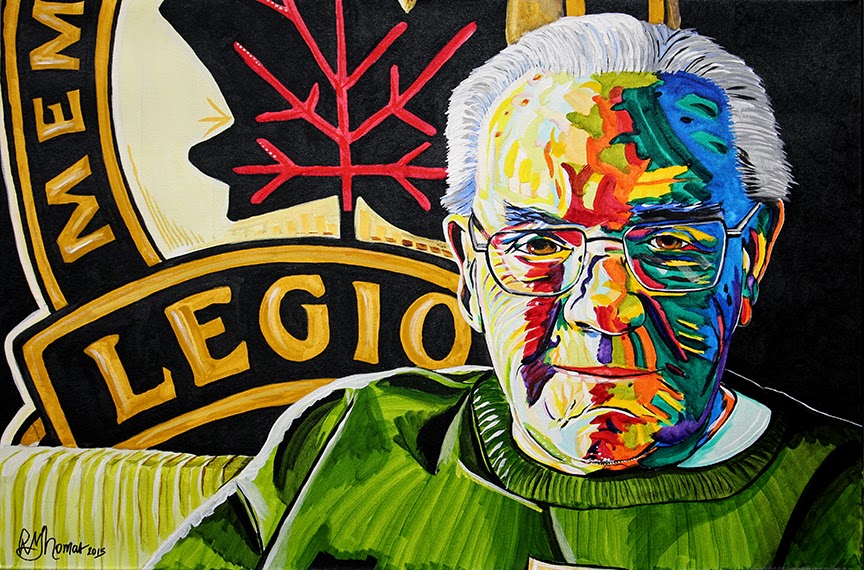 Tomorrow I will revisit Robin Williams and a familiar image from his 1998 movie Patch Adams.  I had hoped to be able to sketch it out on the canvas tonight, after we landed in Calgary.  However, the flight delay has thrown that plan out the window.  Instead, I will wake up tomorrow morning and do it before going to the site of the fundraiser and starting to paint. 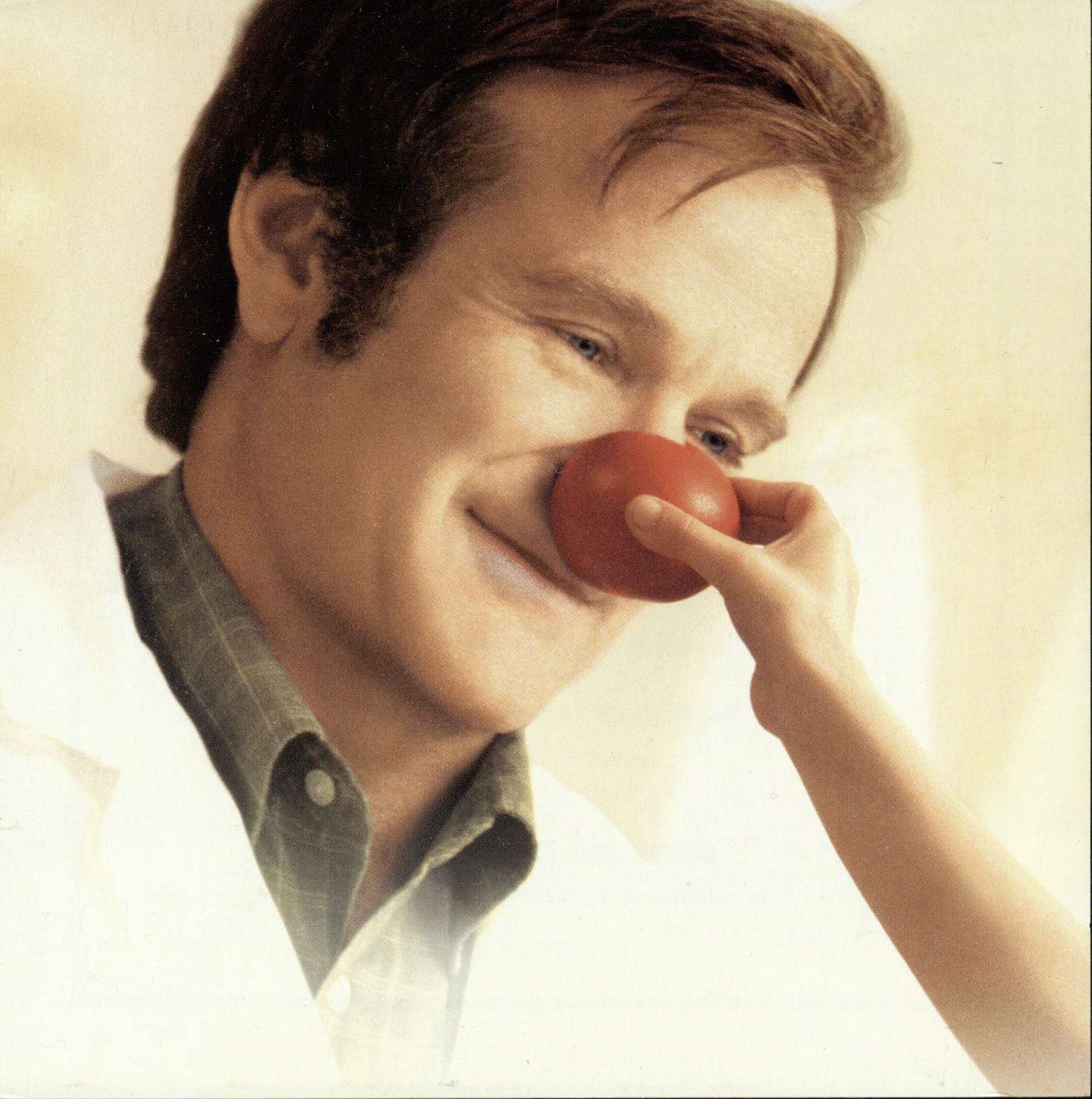 I will have about 5 hours to get the painting in a shape ready to auction in support of the Alberta Children's Hospital Foundation and the Northern Lights Health Foundation.  My hosts are Marty and Dennine Giles, owners of NorthStart Ford Group Canada, who are putting on their fourth annual Charity Poker Tournament at the Deerfoot Casino.

I'm going into this experience with a number of unknowns, including my set-up in the room, the amount of available light, and any sense of how the audience (poker players) are going to react to what I'm doing.  But like I say to myself at several points during most of my painting projects, I just need to TRUST THE PROCESS.  It was an honour to be asked to do this, and an even greater honour to contribute in a small way to a great cause.

I will be embracing new fears in the coming days, weeks and months as this painting journey continues.  Some very interesting commissions have come my way that will push me just a little bit further, just as tomorrow's adventure surely will.