I was working away on a painting on the weekend when I had a commission enquiry from down in Vauxhall.

"How did you run into my paintings?" I asked, wondering how someone from so far away would have seen my stuff.

"Matt Youens posted the Leonard Nimoy, and I absolutely loved it," she wrote.  "And I saw the Rory (McIlroy) this morning."

This random request made me reflect on the many people who have contributed to this unexpected and delightful artistic journey the past 8 months, Matt being one of them.  There are many who consistently respond to the work I'm doing and others who have started to build their own collections of my portraits. 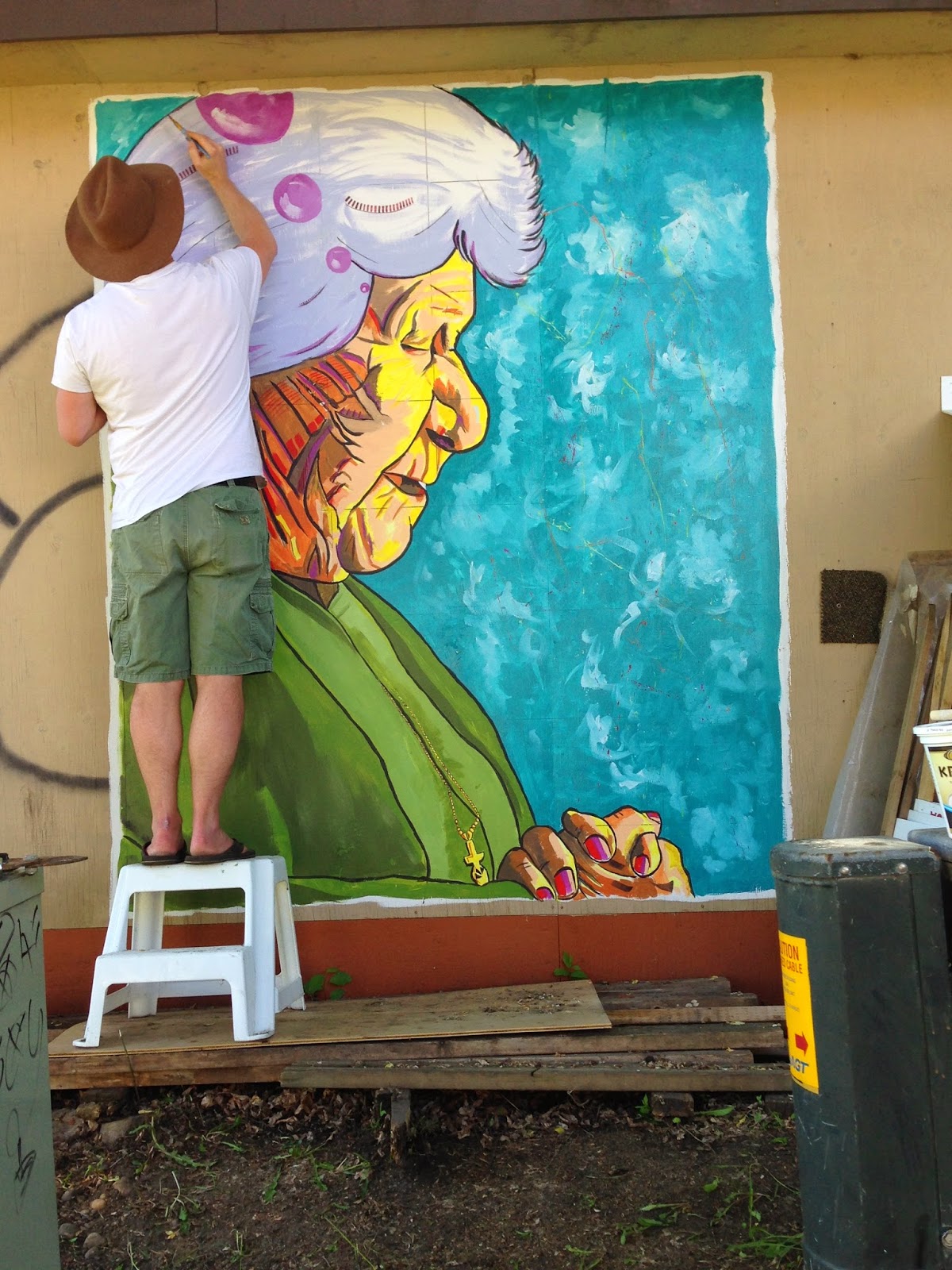 Whoever tagged the wall of my shop is somewhat responsible for the direction my life took last June.  He or she provided a catalyst to do that first mural of Elsie Yanik, which led to front page coverage, the #selfiewithelsie movement, and a visit from Justin Trudeau.  If I didn't have a tag to cover up with something beautiful, I don't know if this creative streak would have started. 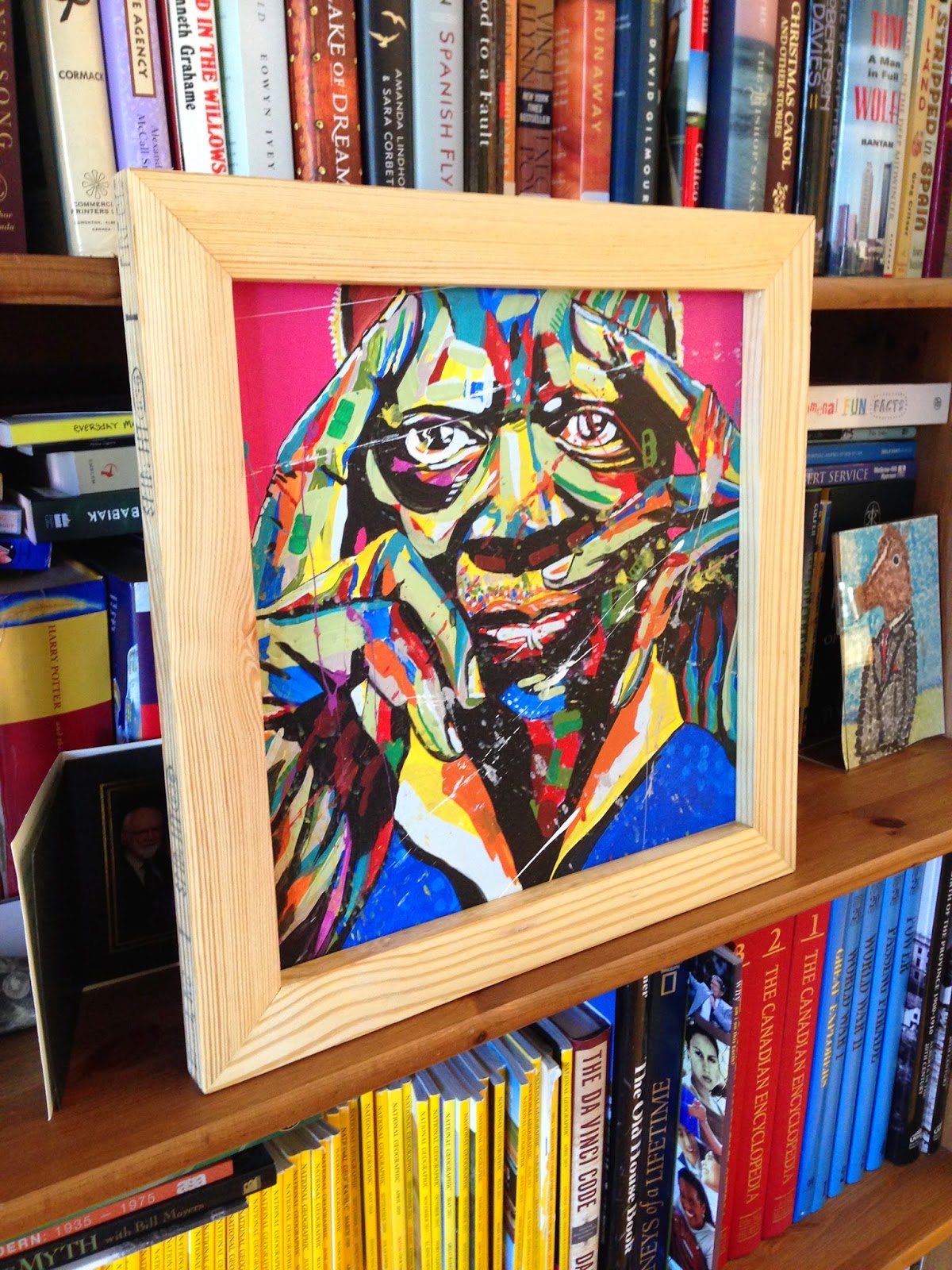 The first painting that I offered up for sale was a portrait of Oscar Peterson.  It was painted on an old record jacket and put in a handcrafted frame - I had no actual canvases at that point.  I was thrilled when someone offered $50 and ecstatic when it topped out at $300.  The purchaser was Jason Brown, a former radio colleague now living in Michigan.  Stepping over the line of actually choosing to sell a piece of art was very significant for me.  Up to that point, I gave everything away as gifts. 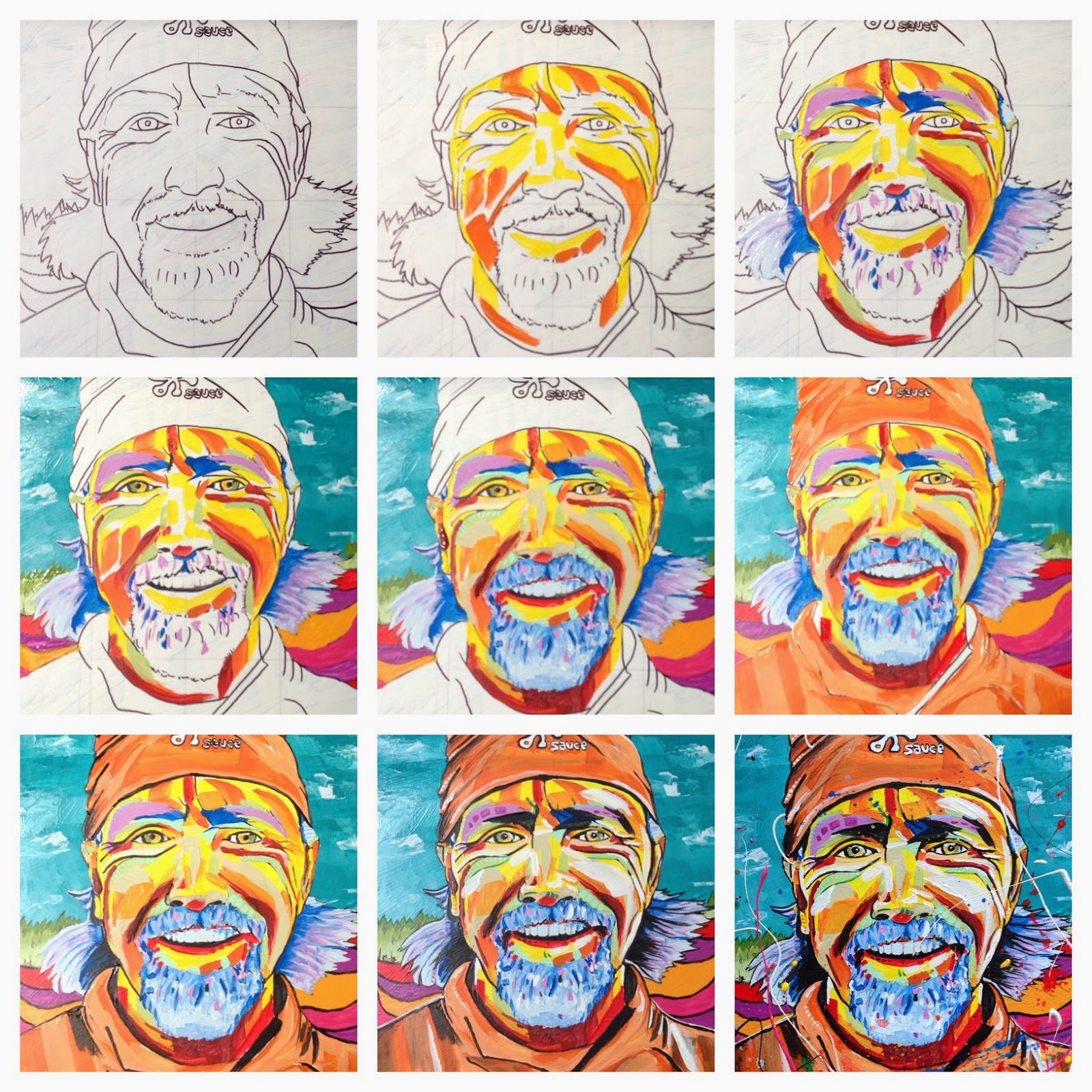 I used to cringe when people would ask me to draw something for them: family members, pets, and the like.  This was back in the 90's when I had a couple of scratch art pieces that were catching some eyes, portraits of Eric Clapton, Ray Charles and Willie Nelson.  Apparently, I accepted a few offers to do stuff for money - one happy client reached out to remind me that a drawing of her kids still hangs on a wall down in Drumheller, but those memories are sketchy, fleeting.  Doug Nicholls reached out to me and asked whether I would consider painting a portrait of Phil Meagher as a recognition piece for his many years of dedicated service with the Public School District.  That was a major hurdle for me to get over and I'm grateful to have been asked. 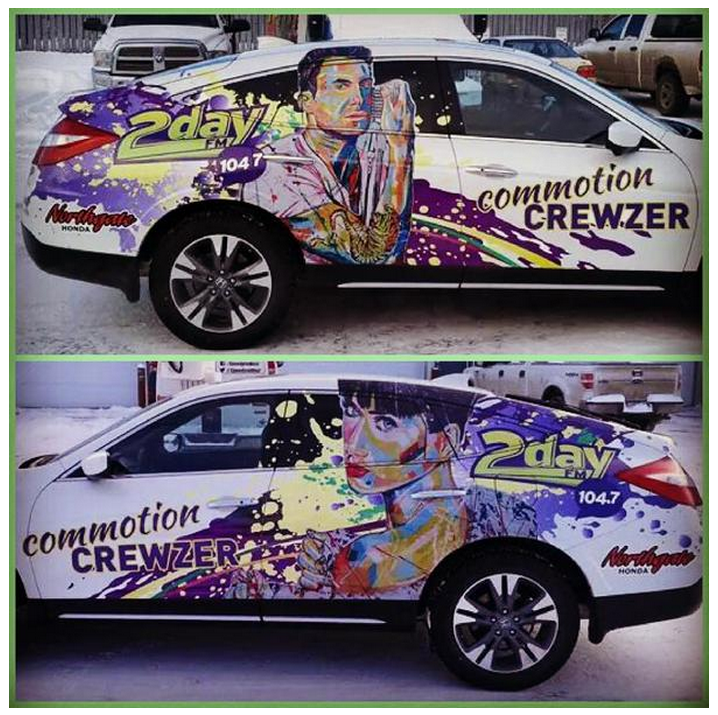 Grant Berg is a colleague from the Premier's Council on Culture who runs a radio station in Grande Prairie, who asked me last summer to do portraits of Adam Levine and Katy Perry.  His confidence in my ability and his continuing counsel has been invaluable to me.  Grant is also an artist, an incredibly gifted sculptor. It was pretty cool to find out that both Adam and Katy ended up as a wrap on the station vehicle. 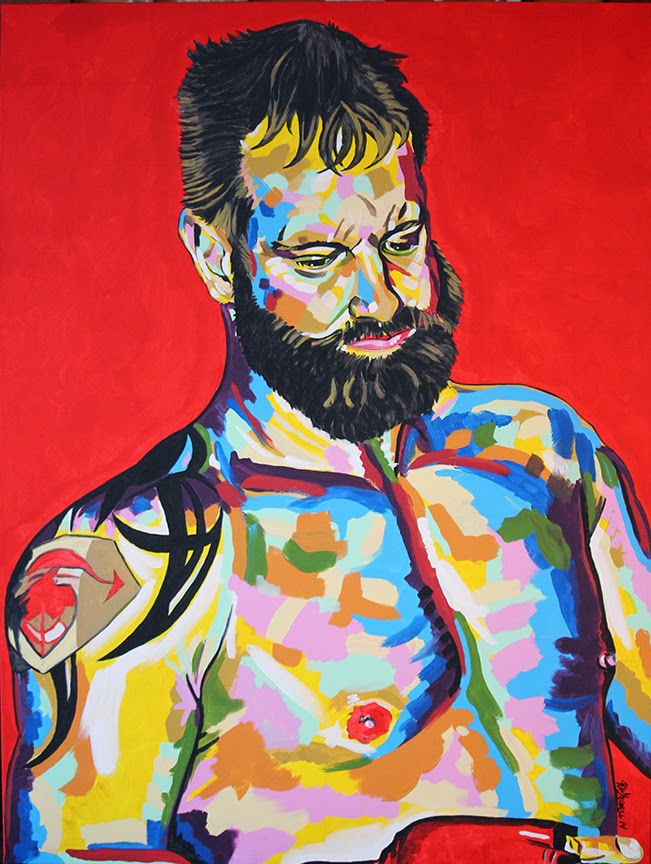 Two people have the largest collections of my work: Julio Florez and Sandy Bowman.  Their requests have both challenged and inspired me, and have led to many requests from other people.  A number of people have multiple pieces, including Mike Allen, Shawn Chaulk, Kelsey Janvier and others. 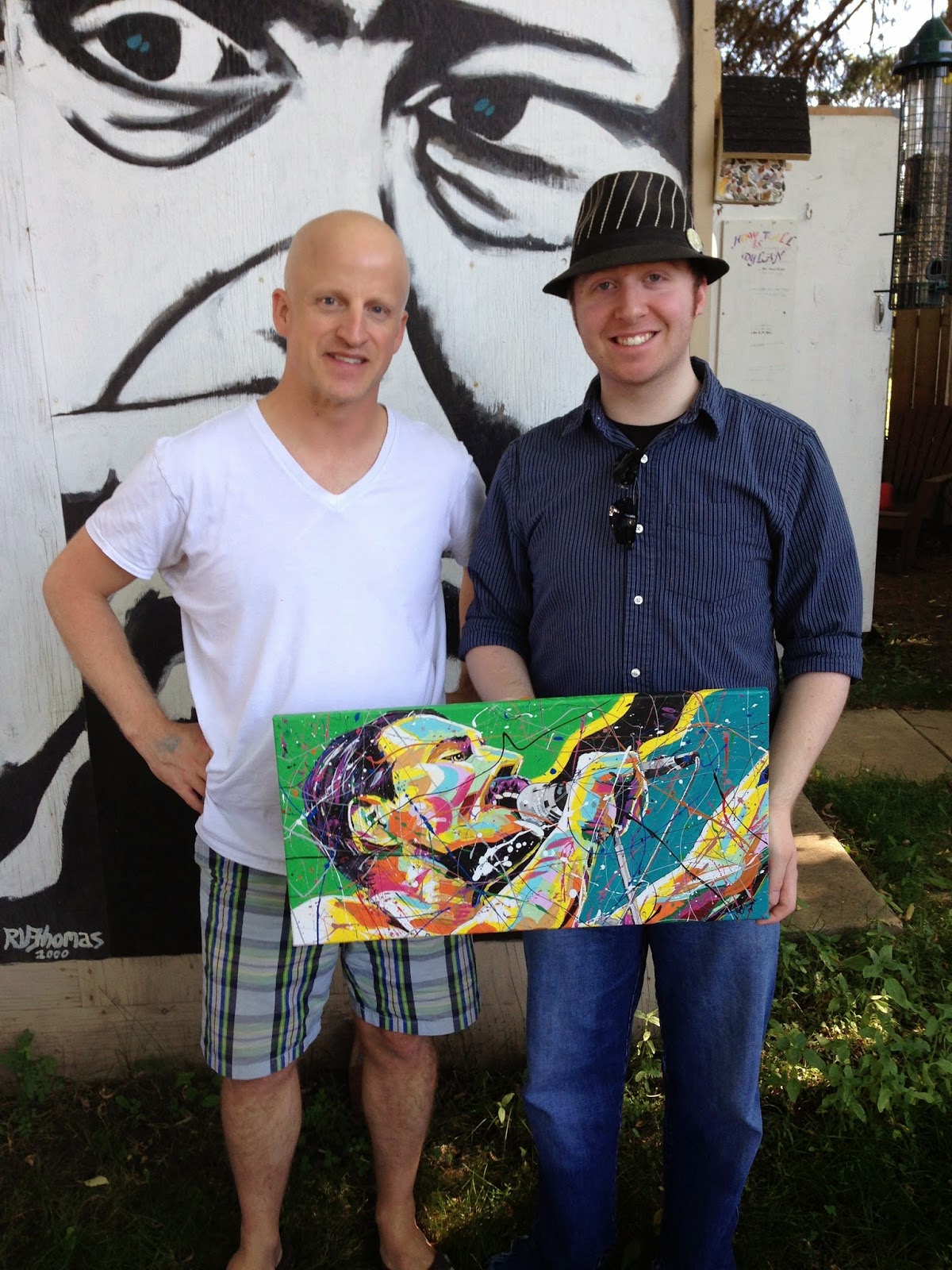 When I think back over this amazing journey, there have been many unforgettable reactions.  When Norm Sutton first saw the mural of him that I did on his shed, the emotion on his face was beautiful.  Adam Zacharias's reaction to being dragged into my backyard by his mother, having no idea why, and receiving his portrait of Freddy Mercury was priceless.

Michael Jesso described his reaction to hanging his portrait of Harvey Milk in his home and being incredibly moved; it warmed my heart.  When a painting invokes an emotion response, as so many of them do, it suggests to me that this is a path worth being on.

"You absolutely nailed it," said one client this weekend, seeing a painting of his son and daughter.  The words, the expression on his face, and his body language collectively expressed something that is hard to put into words.

"It brought tears to my eyes," said another client when seeing a work in progress.

From Joey D to Robin Williams, from Elise Yanik to Bruno, these portraits have touched many hearts and inspired me to continue. 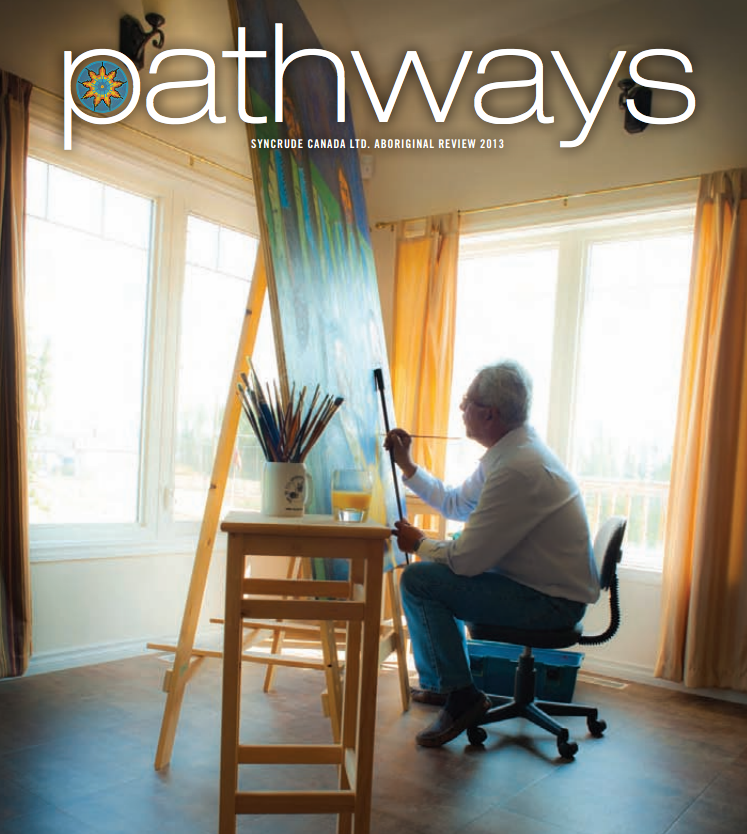 I ran into Fred McDonald in the grocery store before Christmas.  Fred is one of the most acclaimed and successful Aboriginal artists in Alberta.  The fact that he was even aware of what I was doing was uplifting, but the fact that he thought that was I was doing was important was off the charts encouraging.  We enjoyed a delightful conversation when he came to pick up his portrait of John Wayne.  His philosophy about painting, doing commissions, and not taking himself too seriously is unique and refreshing.  I'll be forever grateful for his words of wisdom and kindness. 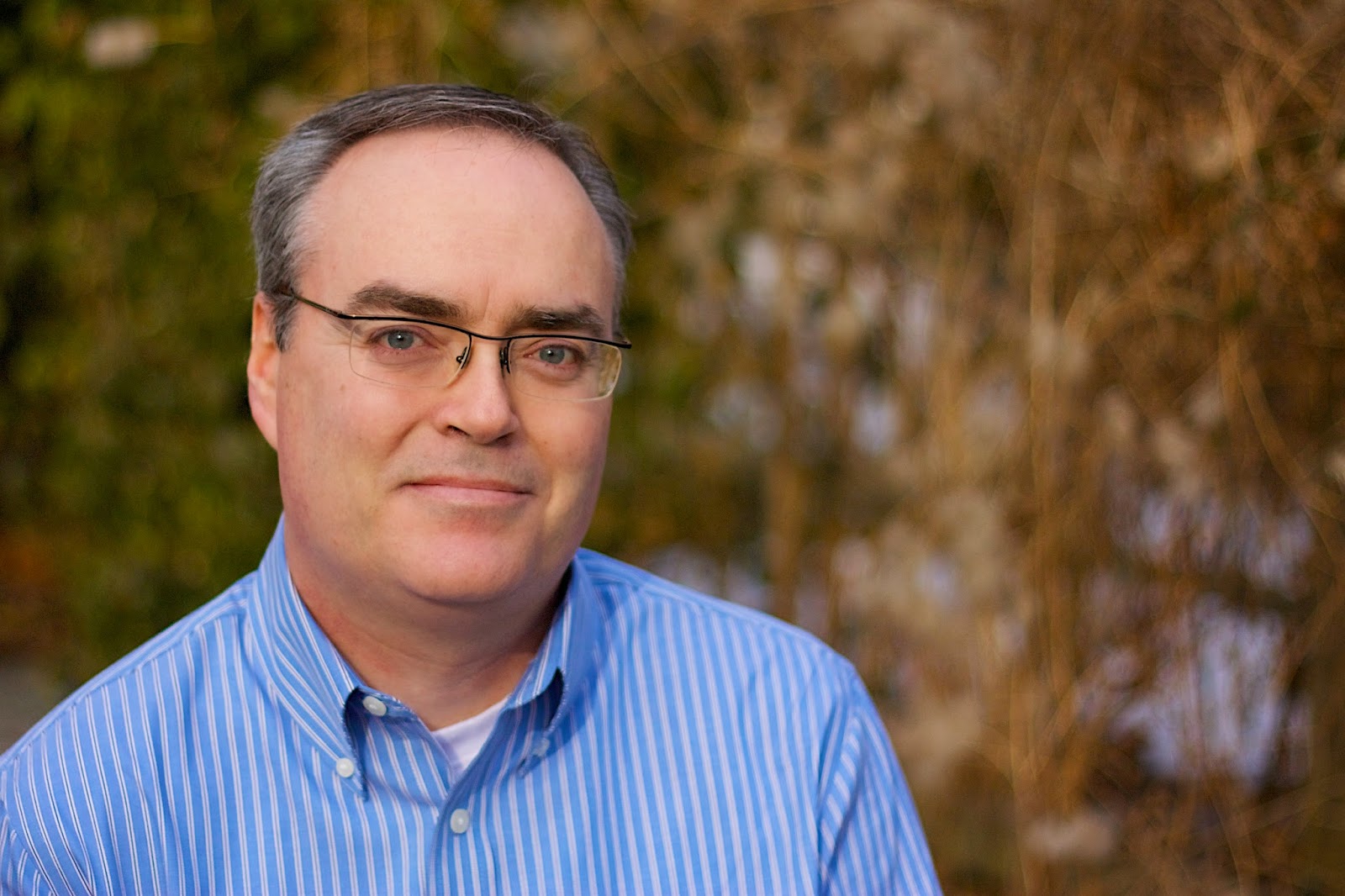 I heard about The Best Laid Plans on CBC Radio's Canada Reads a number of years ago.  I read Terry Fallis's novel shortly after and have been a devoted reader of the three titles that have followed.  At some point, we got connected on Facebook.  Over the last six months he has been so kind to effusively respond to a number of my paintings.  It may not seem like a big deal, but having a best-selling author from the other side of the country saying nice things about my paintings is incredibly encouraging. 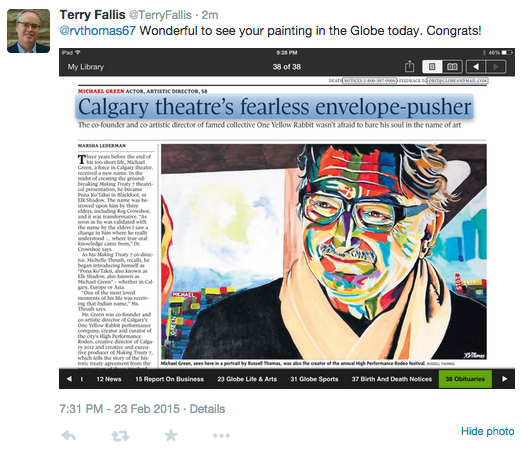 Marsha Lederman from The Globe and Mail spent a morning "stalking" (her words) me, trying to get permission to run a photo of my painting of Michael Green, the creative genius from Calgary who was killed in a car accident, with his obituary in the national newspaper.  She talked to someone at Suncor who talked to another person who connected with Tracy Carnochan who got in touch with me.  I'm grateful for her tenacity and the opportunity to contribute to the remembrance of a cultural icon.

How that painting came about was largely due to Chris Davis, a lawyer and a colleague from the Premier's Council on Culture.  He had asked permission to share a couple of photos I had taken of Michael at a Suncor event back in October with the folks at One Yellow Rabbit.  One of those photos ended up on the front page of the Calgary Herald and became the image used at multiple events in celebration of his life.  He then commissioned me to paint the portrait and will be donating it to be placed in a public space in Michael's honour.


My gratitude extends to each and every person who has expressed interest and appreciation for the paintings I've been producing and sharing.  It is my joy and honour to capture some pretty amazing people in this unique way.