In praise of Michael Kaeshammer 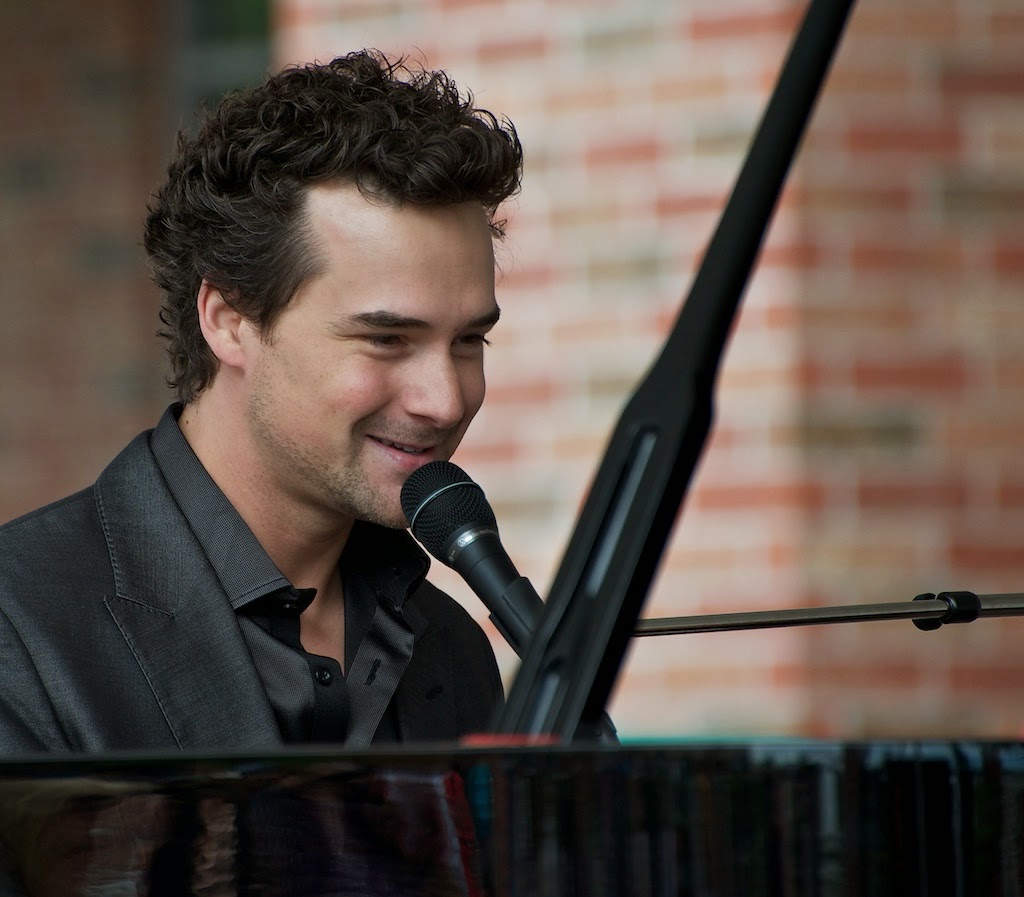 I've been a fan of Michael Kaeshammer for a number of years.  He is a 38 year old Canadian vocalist and pianist, originally from Germany, who I've always felt would be a great programming choice for any of the marquee fundraising galas in the community.  Elegant and full of energy, his songbook - based on the albums that I've listened to - is perfect for those evenings when we pull out the tuxes and fancy dresses.  I wasn't wrong.

Last night was supposed to be "date night" for Heather and I.  Unfortunately, she got called to Edmonton for some appointments today, so Claude joined me instead.  The theatre had a small but hearty crowd - for the record: this show should have been full - and got into it the moment Mr. Kaeshammer popped his head around the curtain.

"You might be one-third the size of the audience we had last night in Edmonton, but you sure can make noise," he said near the top of the two-hour concert.

Kaeshammer was joined by a guitar player and a drummer.  Unlike most band configurations, the drummer sat stage left facing Michael at the grand piano on stage right, with the guitarist in the middle.  It gave us a great view of the drummer's incredible prowess in keeping the rhythm hopping.  We also hada fantastic view of the piano and how Michael used every bit of it, at times thumping on various parts of it to create new sounds and percussive beats.  Several times he was playing the grand piano with his left hand and the Korg (keyboards) with his right.

Some performers are exquisitely gifted at playing or singing, but have a difficult time connecting with the audience.  Others may not be extraordinary in their technical skill, but make up for it with how they engage the folks sitting in the seats.  Michael Kaeshammer is the complete package: a phenom on the piano and completely at ease with people.

"I've never seen someone so comfortable at the piano," observed Alan Roberts, Director of Keyano Theatre and Arts Centre.

Through the whole evening I was picturing how amazing it would be in a darkened speak easy, filled with elegantly dressed patrons intent on having fun.  In that super-charged environment, Michael's trio would sizzle.  In the soft seat environs of Keyano Theatre on a Sunday evening, they still managed to get us bopping and grooving, earning a standing ovation, which earned us an acoustic encore that was marvellous. 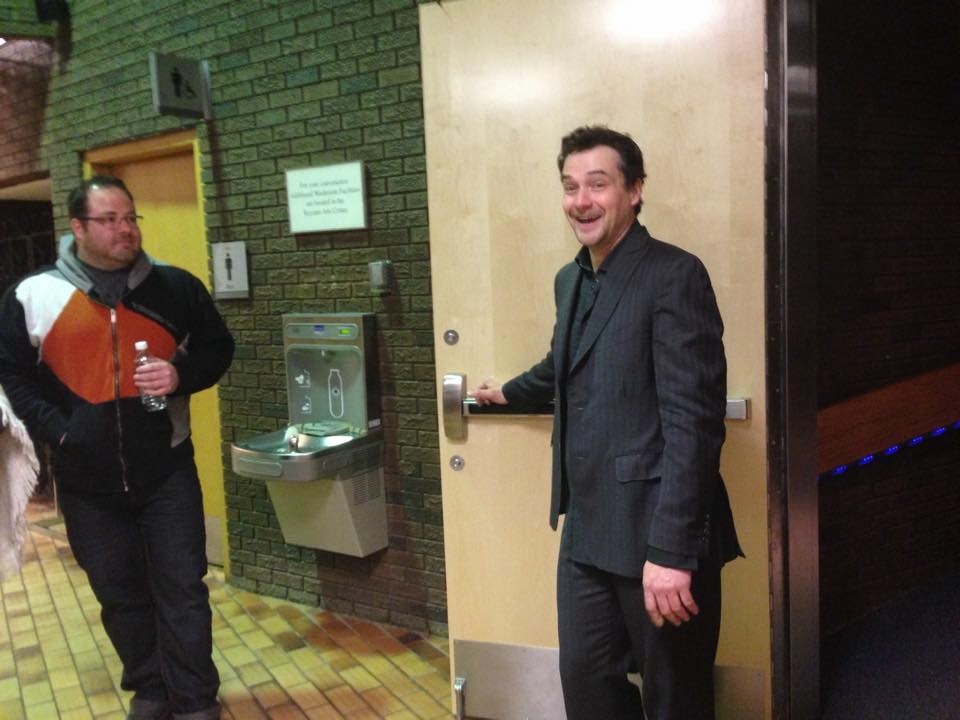 Even after 120 minutes of performing, he still came out front to say hello to the fans - a real class act.  When he comes back to Fort McMurray, don't miss it.

"I've seen his show three times now," said Claude Giroux, Artistic Director of Keyano Theatre and Arts Centre.  "This was the best I've ever seen him.  Tonight was magic."