The first thing I saw this morning was a post from CJ Phillips announcing a tour stop by the Rolling Stones in Fort McMurray.  Can you imagine?  That would be off-the-charts amazing.  Oh wait....April Fools.

Every April 1st morning the media (traditional, social and otherwise) blows up with all kinds of crazy announcements, rumours, and altered facts.  And every April 1st I go back to a classic joke dreamed up by some smart person or persons with the OK Radio Group back in the 90s. 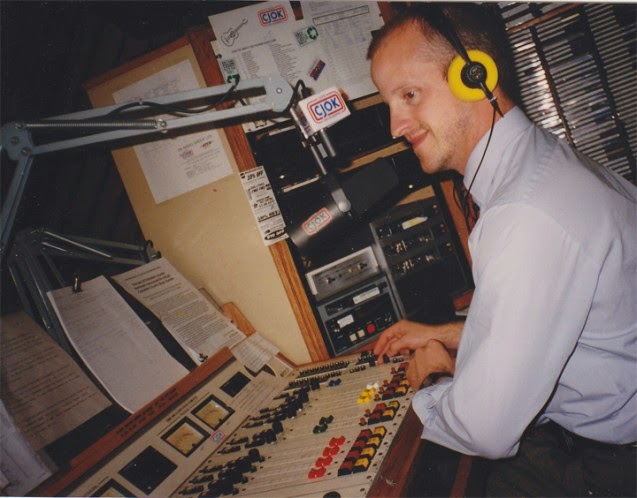 That morning, the world turned on its axis as CJOK (then on the AM band at 1230) and KYX98 (on FM) switched formats.  The move was preceded by an announcement included in the 6 am newscast anchored by Rod McDonald, former news director then ED of the United Way, and currently on the radio in Yorkton, Saskatchewan. As it was part of the newscast, complete with voice clip of the boss stating the very serious business reasons for making the switch, most everybody bought it.

Listeners were incensed, especially the rock fans. The calls started coming in immediately - no emotions being held back.

"What the hell do you think you are doing?  You can't do this!  I am absolutely outraged."

In my mind the ruse when on for hours, with nobody the wiser.  Remember, back in those days there was limited email, no social media, and the only other media outlet was the Fort McMurray Today.  We were pretty much it.

Imagine the sighs of the relief when the announcement was made that the format switch was an April Fools gag.  It was a classic caper, though I don't completely remember who came up with it.  Perhaps it was Kelly Boyd or Andy Carlson, maybe even Mark Stiles or Jim Schneider.  There were lots of great people working with us at the time who had the pulse of the community; they nailed it that year.