My interview with Cody Bown - unedited

A story about filmmaker Cody Bown appeared in the Fort McMurray Today on Saturday (April 18, 2015).  I wrote it for the YMM Arts column from an interview I had with Cody via Facebook.  His answers were insightful, honest and interesting.  I thought it would be fun to share them here, completely unedited, along with a link to his Indigogo campaign to raise funds for GREGOIRE, a feature film about young adults growing up in Fort McMurray that will be filmed this summer. 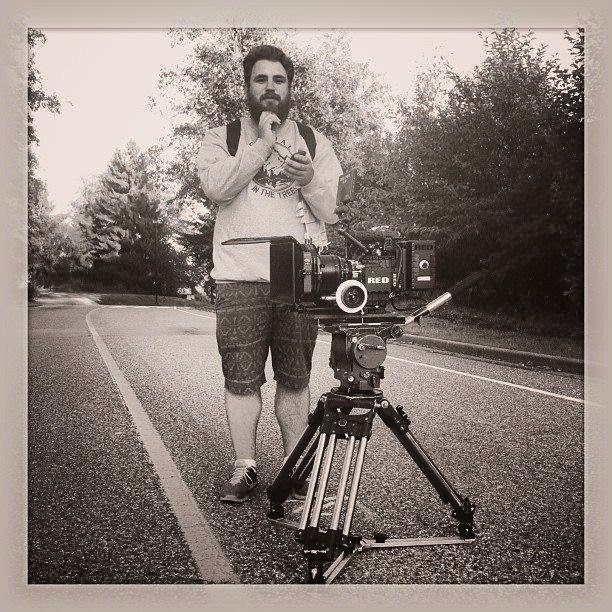 1. How did a kid from Fort McMurray end up a filmmaker?

When I was growing up, I watched a ton of films with my parents, and with my friends. It wasn’t until I saw the film ‘Gummo’ where I thought ‘hey, maybe I could do this’. Big blockbusters didn’t really interest me in terms of creating. I was scouring the shelves at Rogers Video & Video Update for weird 7-Day rentals that looked like no one had touched it in years. Renting those and watching them really inspired me to consider this as a future. Fast forward to after high school and I was prepping for a life at site while studying at Keyano College. First day of school, winter time, I walked to school from Abasand in a fresh foot or so of snow. I got to my class for 8am, and found out that it was cancelled. My next class wasn’t until 1pm so I hung around until then, and we found out at 1:10pm that that class too had been cancelled. I said never again and stopped going. At the time I worked at Abasand All-Star Video and I picked up more shifts just to hang out and watch movies (and get paid for it), and I got a letter in the mail shortly after saying that I had been put on academic probation. I was terrified to tell my parents and let them down, and I needed to have a plan B before I broke the news. One night at work, I was cleaning the shelves and came across this film I had seen several years prior, ‘Gummo’. It reignited that feeling I had when I was younger and decided maybe I should pursue this love of film, and see where it takes me. That night I wrote my application to school, mailed it, and a couple weeks later I got accepted. And here I am. 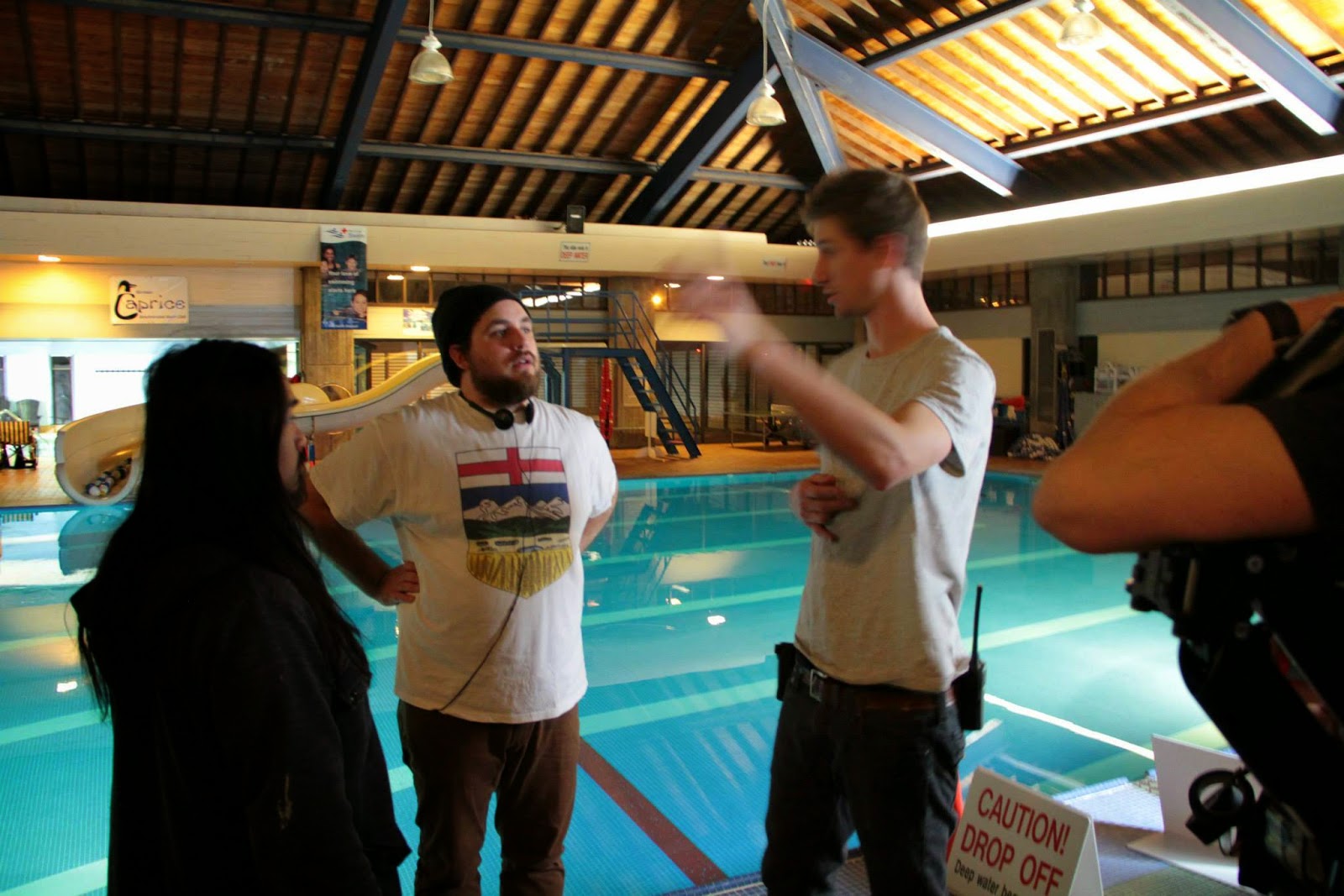 2. What/who inspired you during your formative years growing up in this community?

My parents always inspired me to be whatever I wanted to be and to pursue it. I think the time that I spent around town with my friends, or on my own, has really shaped the way I think about things creatively. Getting up early to watch my friends play hockey at Frank Lacroix, driving around all night listening to music, the first time I ‘went out’, everything that I remember doing with anyone has stood out as a moment of significance to me. Maybe it’s nostalgia speaking, but even when I am home now, I look at things a certain way and let them effect me a certain way. It’s easy to turn that OFF in Vancouver, but when I’m home I feel like I have to keep it on. 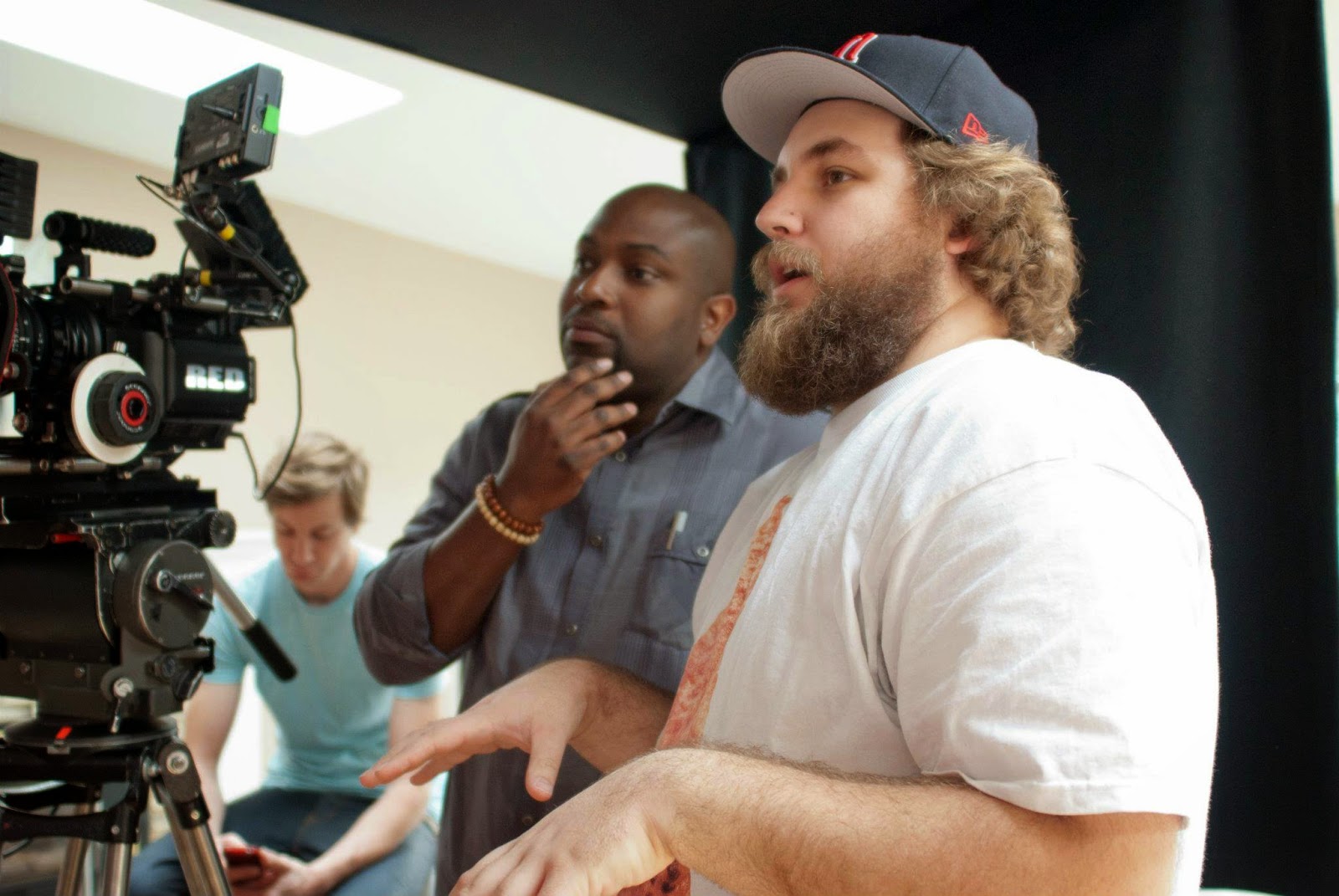 3. Describe the leap from directing short films to directing a feature.

Progression needs to be a priority in a filmmakers agenda. I set a plan for myself years ago, and achieved all the things I wanted to achieve. I feel like there is nothing left for me to prove or learn at the short film stage. Making the jump to a feature is natural evolution. I’ve prepped short films as a director and a producer, and just need to apply those same principles to this feature film, but factoring more time to do these things. You can make a short in three days with two months of prep. For a feature you’re looking at doing a whole lot more, so you need to consider that extra time. 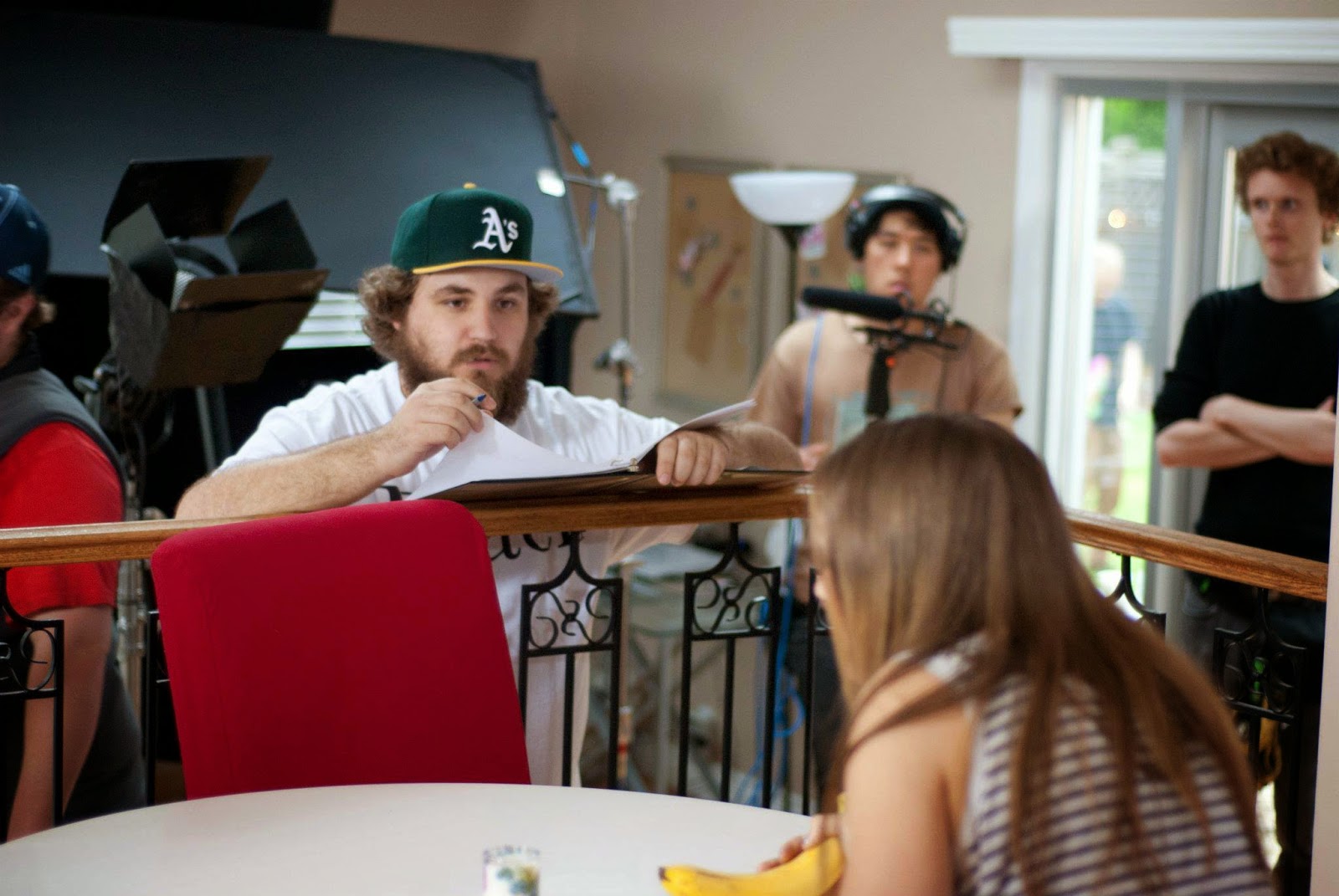 Most challenging is easier to answer. Producing has to be the most challenging aspect of making a film for me. Especially when I’m producing for myself. I absolutely hate producing for myself, only because I can’t challenge myself the way a fresh pair of eyes could. On the other hand, I absolutely love producing for someone else. I like being part of that creative team, and helping someone craft their vision. Pre-Production is especially fun for me. Meeting with the team and sharing my vision. Holding auditions and choosing a cast. It’s very enjoyable to START to put flesh to your script, but I enjoy being on set the most. Everyone comes to you for the answers, and you have them. You develop these characters and bring them to life, and you really get to immerse yourself in this story, and everyone else is right there with you. Every second on set is the best moment of my life. 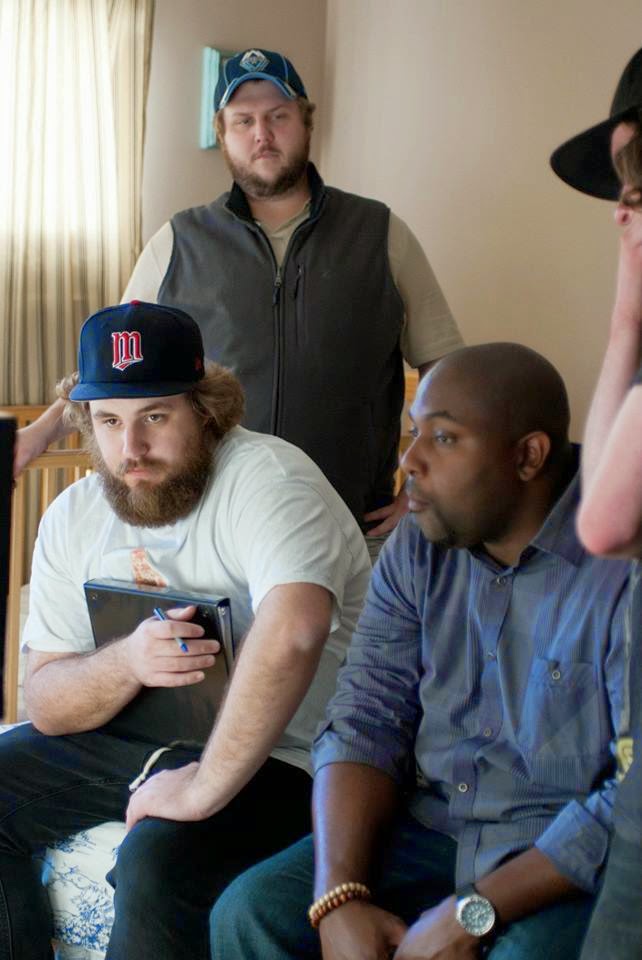 5. I would guess that the biggest obstacle to turning creative vision into reality is funding. How are you approaching that particular challenge with your upcoming feature?

Yes. Absolutely. My very first film was made on a very small budget, and it came out of pocket. My second film, I crowdfunded a portion of my budget, and covered the rest of the costs with my life savings at that point. My third film was especially hard to get a budget for. I wanted to do something bigger than I’ve done before, for a story that meant a lot to me, and I struck out every avenue I ventured for funding. Eventually I went to the bank and took a loan to make the film. And I’ll probably be paying that off for the rest of my life. With this film I am doing, I’m going back to the crowdfunding well. It has been a success to me before because people aren’t just putting money in, they’re getting something in return. Be it as simple as a shout out, or a film credit, to posters, clothing, artwork, etc. Getting a chance to have something physical from the experience is what separates crowdfunding from just asking folks for support. Reaching out to strangers to believe in you is especially hard. It’s easy to get your friends and family to support you, because they know you, but reaching out to everyone else is the tough part. 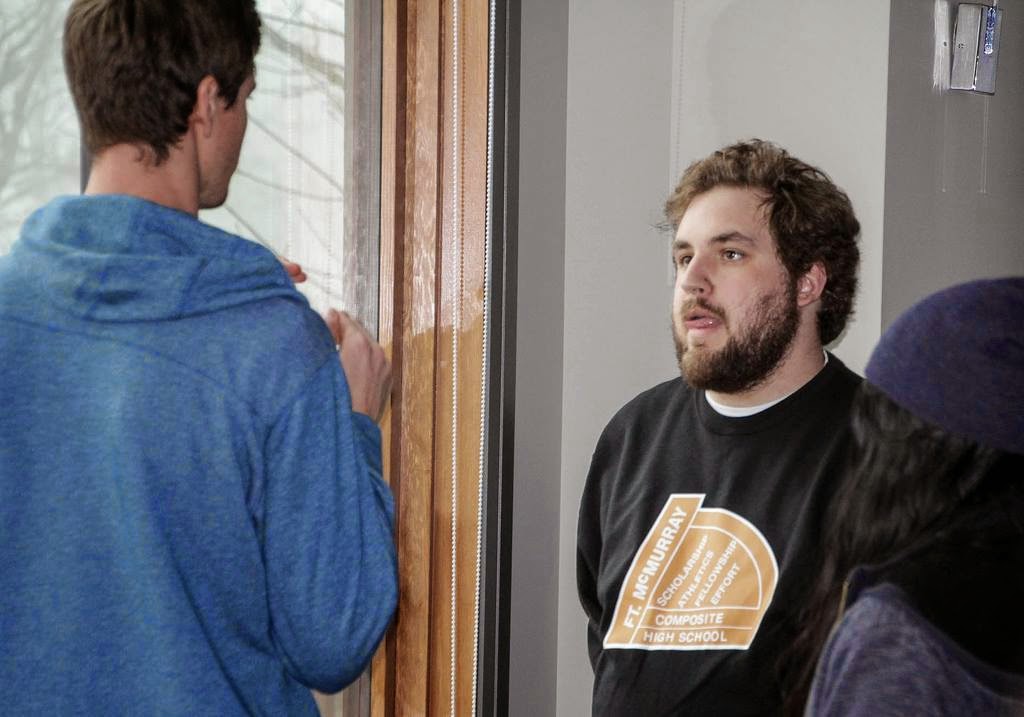 6. What the dream for Cody Bown?

Short Term - Making this film that means so much to me. Long Term - A budget for every film.

Again, you can help this Fort McMurray-raised filmmaker make this feature film about this place we can home happen.  Click here to find out about the many incentives to contributing to GREGOIRE.
Email Post