It was so good to have Natalie back in her stage manager's chair last night.  I was able to get my nose out of the script and enjoy the great work being done by the entire cast. 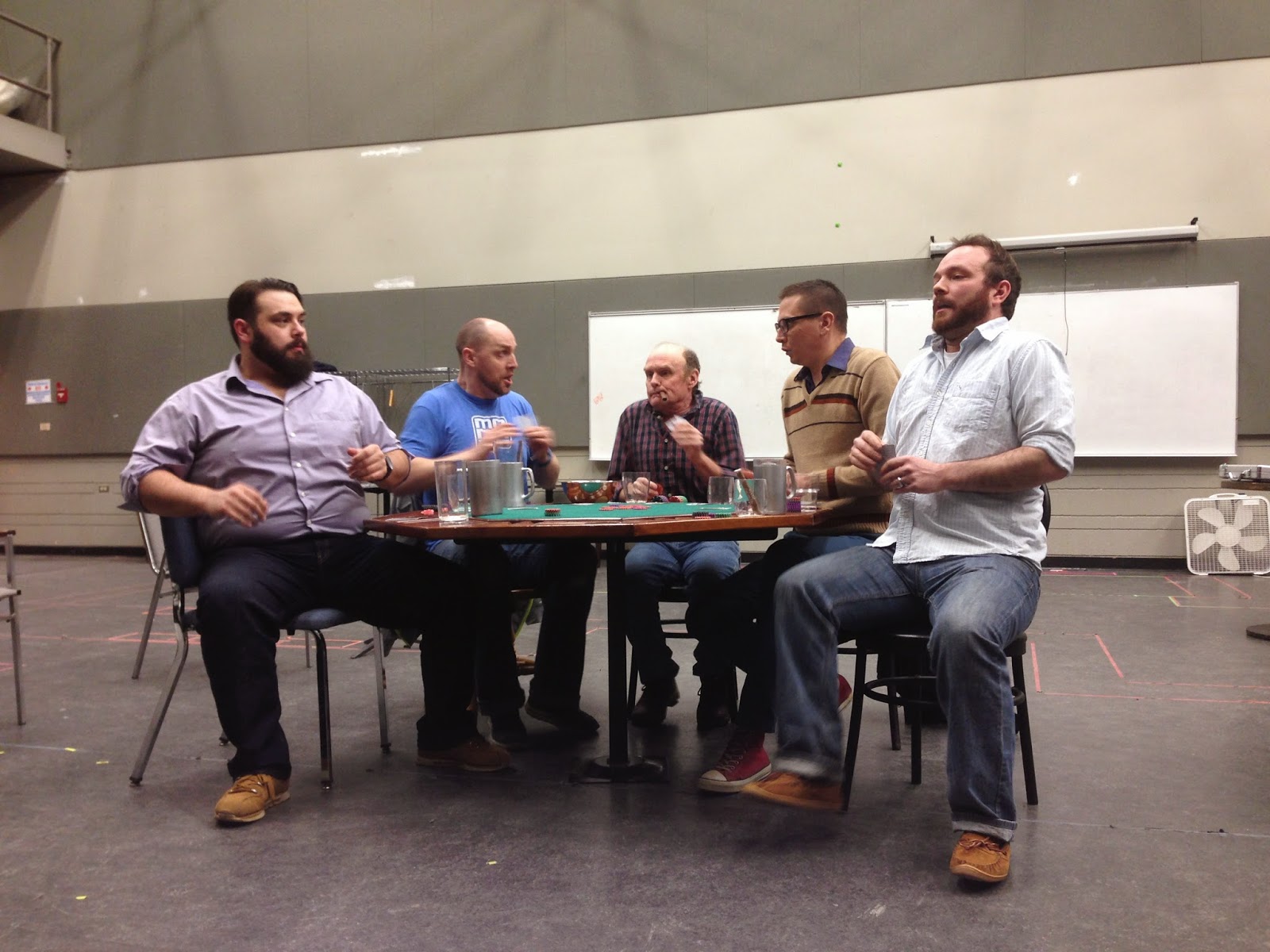 This is such a good ensemble and they almost are at the stage where they can put this show in front of an audience and we still have almost a month before we open.  I've heard similar things about the cast of Good Night Ladies, the KTC show that opens next week.  Two great comedies promise to bring smiles and laughter to your spring. 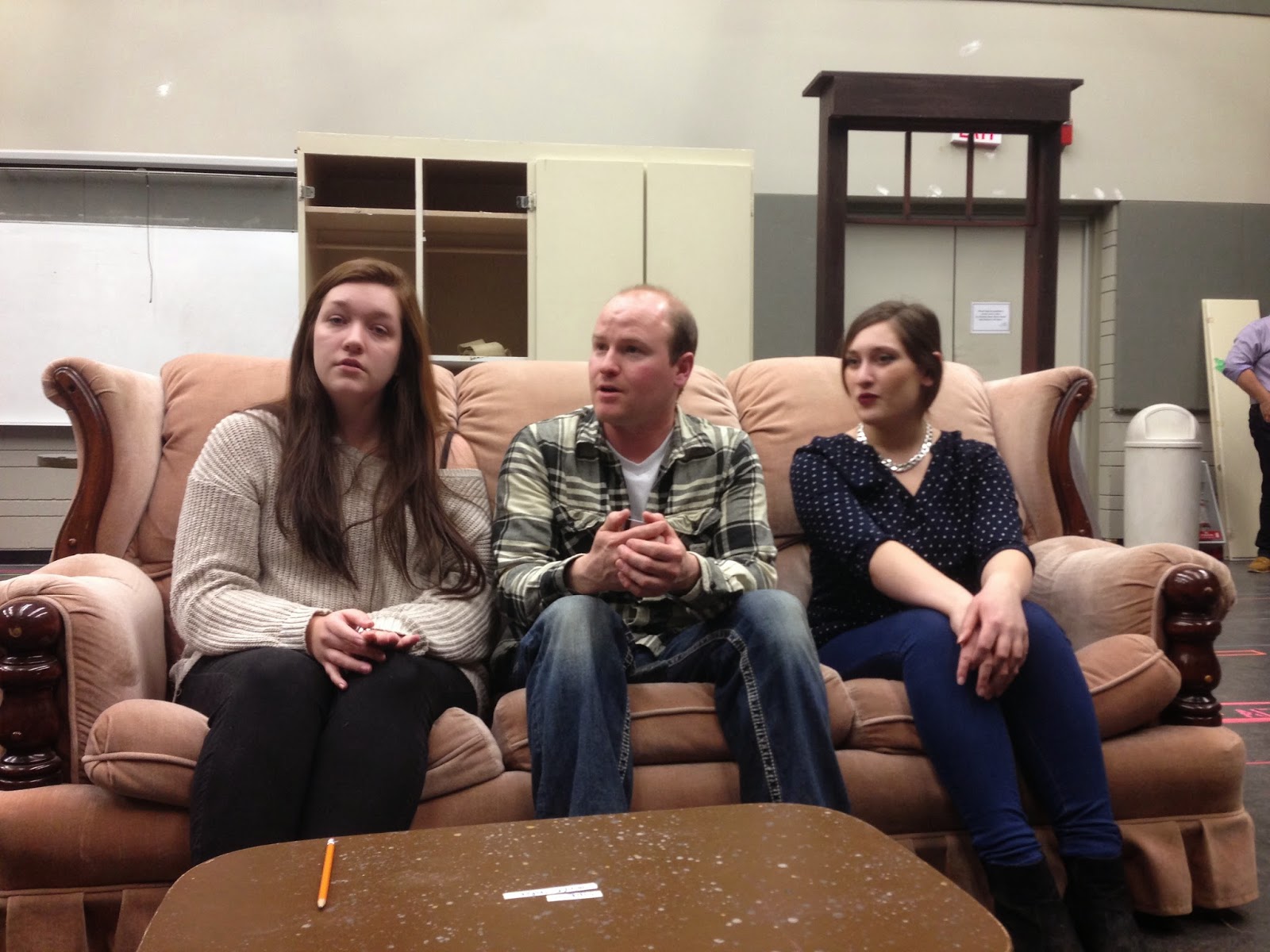 I love it when these actors bring new ideas and choices to the rehearsal process.  Diana and Leanne sparkled last night as the Pigeon sisters.  They were so fun to watch as they flirted with Oscar and dissolved into tears with Felix. 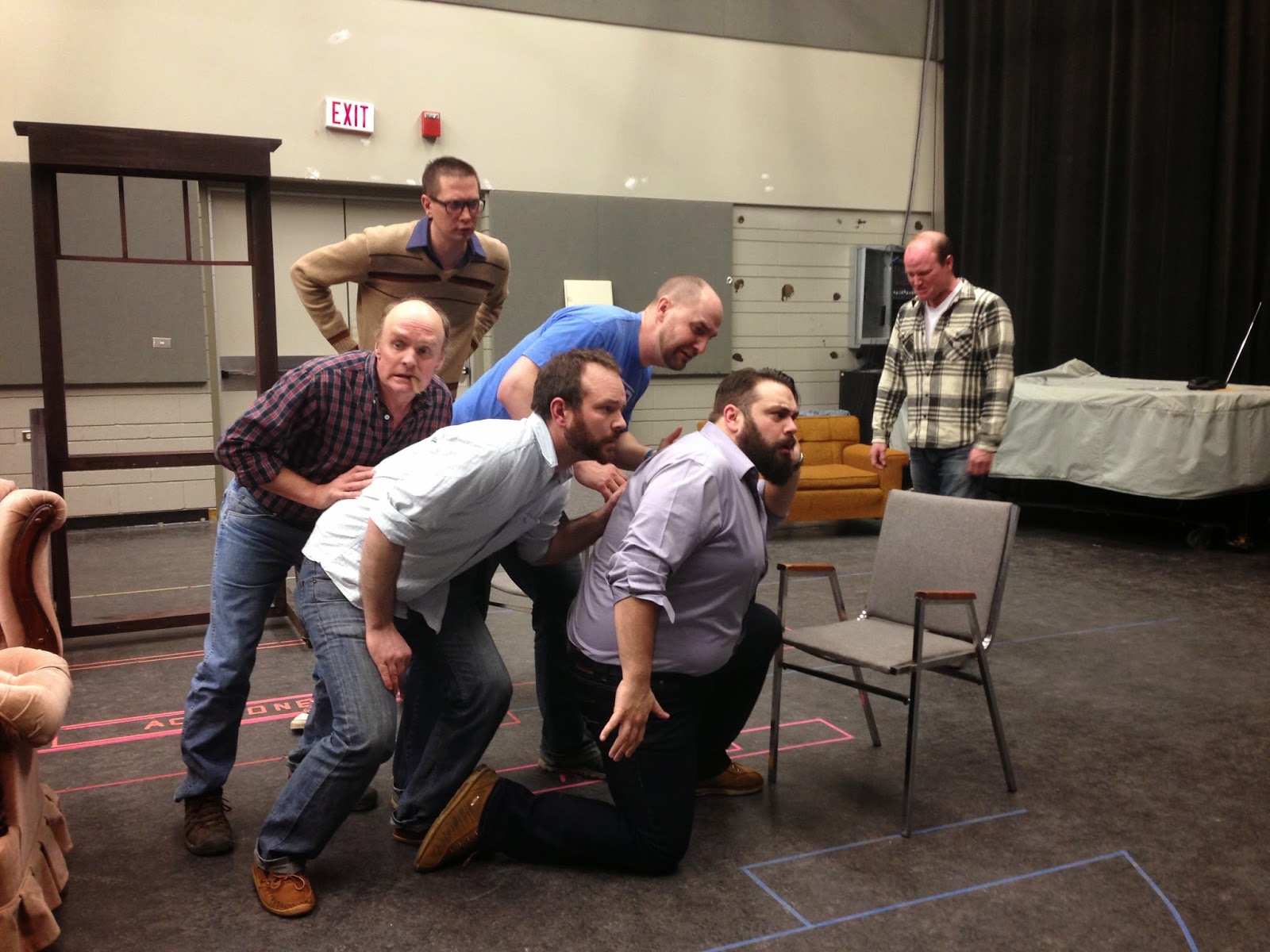 Now that the actors have mostly divested themselves of their scripts, the story is coming alive in a way that is truly fun to watch, even after having seen it dozens of times.  Their commitment to the characters, their respect for the text as written by Neil Simon, and their stunning creativity is going to make for an unforgettable night of entertainment. 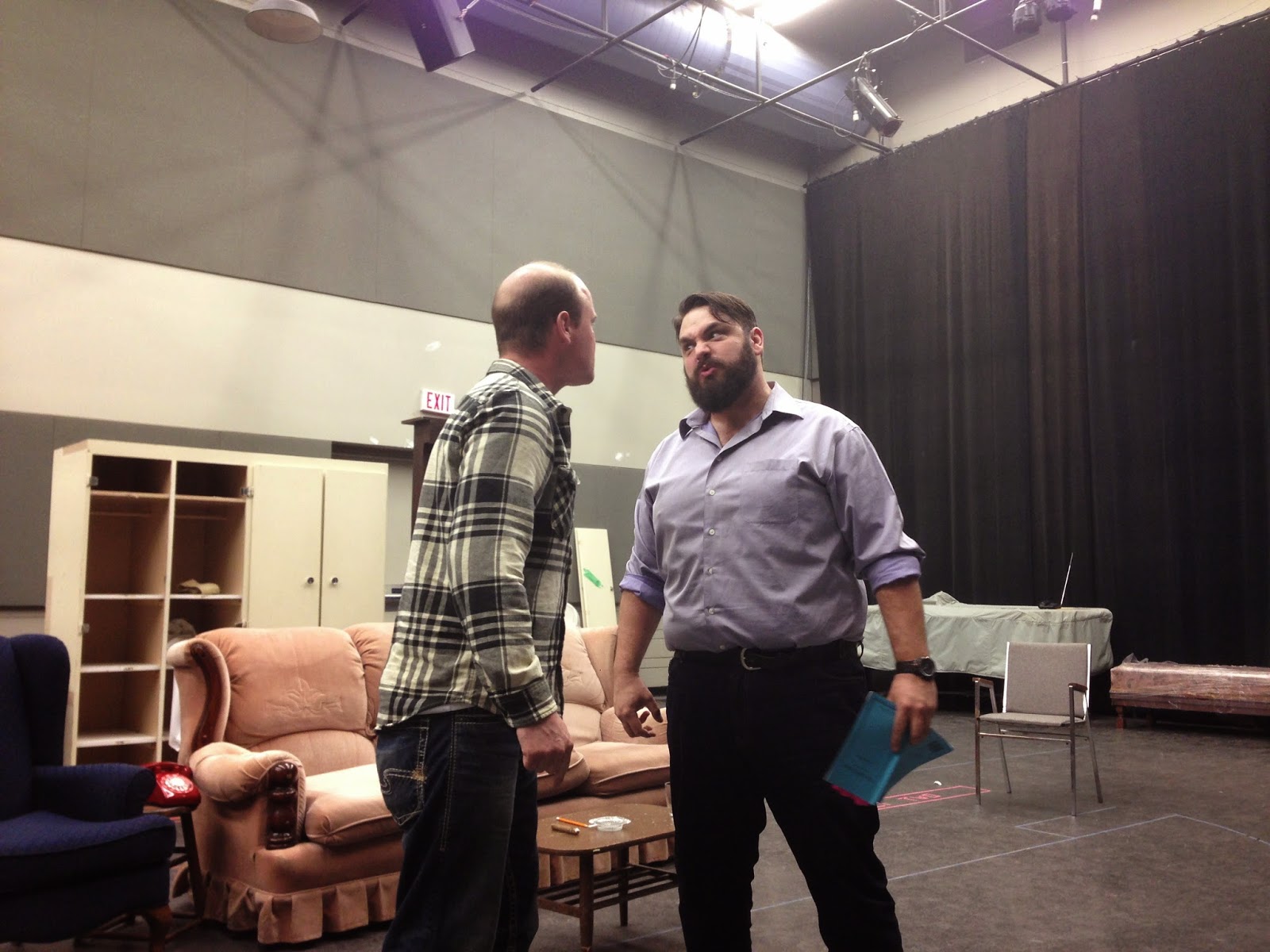 This is a show that requires bags and bags of energy, and this gang is bringin' it every single night to rehearsal.  Zenon and Dave carry the bulk of the load with their work as Felix and Oscar.  These guys have developed a natural chemistry and trust that serves the play so well.  These are coveted roles and they have dived into them in a way that is delightful to watch. 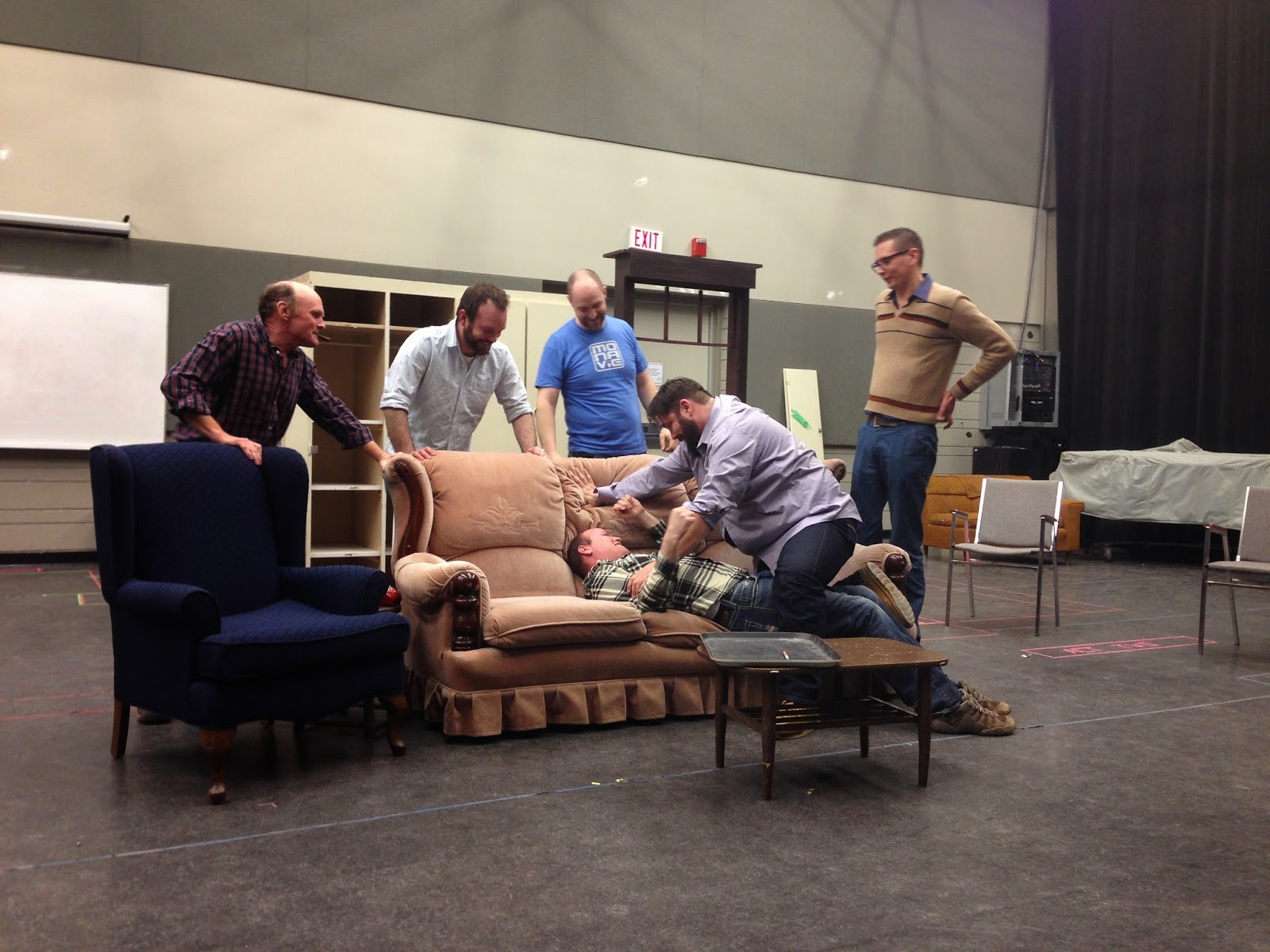 The guys - Tim as Murray, Chris as Speed, Jim as Vinnie and Mike as Roy - are all doing great.  Sitting there watching them play poker or react to a suicidal Felix, it's as if we are watching a real-life cadre of comrades who actually get together every Friday night to play cards.

The Odd Couple opens on May 14th and runs the 15th and 16th.  Don't wait too long before getting your tickets or you might find yourself in a situation like I was in this fall trying to buy tickets for The Vagina Monologues.  There were none left.